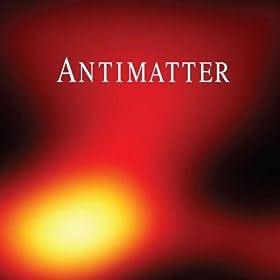 Anathema is one of those bands which I literally grew up listening to, a band whose sensationally dark and moody melodies helped not only answer many important questions, but also overcome various obstacles in my life. Much as I love their latter day material, though, I have to admit that my favourite period was that which featured Duncan Patterson as a co-writer and bass player, whose talent and skill helped bring to life the classic opus “Alternative 4” back in 1998. That same year, Duncan decided to leave Anathema and, together with multi-instrumentalist Mick Moss, founded Antimatter – a band whose thirteen year old career is celebrated with the release of a compilation album that’s entitled “Alternative Matter” and whose review you are currently reading.

Collections are by definition for fans-only, right? Well, that is true in most cases but not in this one! Why? Though this twenty-two track collection consists of various remixed songs, live tracks, demo versions and acoustic performances, each and every composition on offer is created with so much care and attention to detail that it enables them to stand on their own and ultimately help portray Antimatter as an unusual outfit certainly worth checking out. Those loyal to these skilful Liverpudlians are aware that the band has been through two main ‘phases’: the early Dark Electronica and the current Art Rock, and it is possible that some of you may not necessarily warm to both. If that is the case, which is what has actually happened to me, do not despair. These few scattered performances are of such quality that even the most purist amongst you would appreciate the honesty and passion that was involved in their creation.

Kicking off with a cover of Dead Can Dance’s classic “Black Sun”, the album advertises its uniqueness through a collection of diverse compositions, such as the acoustic “The Art Of Landing”, a beautiful live version of Anathema’s “Far Away” and the electronic drum tunes of “Saviour” before indulging in a series of acoustic piano/guitar gems of which “In Stone” slightly stands out. Two of the highlights of the album are featured in this first part, namely “Mr.White” and “Flowers [New Version]” – the former being a predominantly guitar & vocal piece and the latter a similarly sounding composition but one which is further enhanced by ethereal female vocals and painfully beautiful piano/violin supporting tunes. The second part includes more examples of Dark Electronica, such as the six and a half minute remix of “God Is Coming” and a demo version of “Holocaust” – both of which were interesting but not enough to get me emotionally involved. That was achieved when exposed to the acoustic version of “Over Your Shoulder”, the cover to Anathema’s classic “Lost Control” as well as with the orchestral mix of the truly emotional “Epitaph” – the last composition featured in this impressive collection.

Before being granted access to this collection, the only Antimatter album that I ever owned was 2003’s “Lights Out”. Do you want to know what my first move was right after I finished listening to “Alternative Matter”? I went and ordered the band’s debut release “Saviour” (2001) while contemplating purchasing the remaining two studio releases in the not too distant future! Most bands treat compilation releases as a musical ‘overflow bin’ which will potentially help them raise capital without vesting any serious effort… Antimatter, however, is not such a band! This compilation, providing that you choose to buy it, will both entertain and enlighten you and that, my friends, is priceless!