SECRETS OF THE MOON – “SEVEN BELLS” 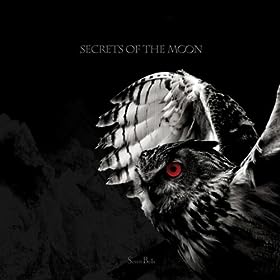 Black Metal has been with us long enough to trick some people into thinking that original ideas and fresh modes of artistic expression from new and current serving bands of the genre are on the decline. These last few years I have been lucky enough to come across quite a few outfits with talent and vision in abundance, bands that are more than capable of helping Black Metal move into the next stage of their evolution, but the one that has really stood out for me was the Osnabruck-based quartet Secrets Of The Moon. Back in 2009, their then latest offering “Privilegivm” was, in my humble opinion, one of the best albums of the year and so it was with great pleasure and even greater anticipation that I applied myself to their fifth full length release, “Seven Bells”.

Not many Black Metal bands of atmospheric nature possess the ability to create well balanced albums, and that was the main reason why I decided to grant “Privilegivm” the highest possible rating three years ago. In many ways, “Seven Bells” is what one would describe as a ‘natural successor’ to their 2009 effort , with its successfully combined simple heavy riffs and numerous atmospheric passages which owe, in terms of inspiration, as much to technical-orientated bands like Morbid Angel as they do to more dark/melodic inclined outfits, such as Paradise Lost. What makes “Seven Bells” an even more inspired offering are both the high levels of musicianship and confidence present throughout the album. These are the very attributes that enabled the band to present us with nine-minute (on average) compositions, which come across as both focused and exciting and which grow better and better with every new spin.

From the moment I was introduced to the sound of bells ringing and the first eerie lead guitar themes of the opening track “Seven Bells”, I knew that I was in the presence of a great album! Simple heavy riffs, repetitive guitar leads, inspirational/dynamic drum parts and commanding vocals are on offer here and the same applies to the follow-up “Goathead” – a composition which is more clearly influenced by the works of the mighty Darkthrone. The massive galloping riffs and outstanding harmonic themes of “Serpent Messiah” are second to none and, together with the Epic Morbid Angel inspired tunes of the slightly more epic-sounding “Blood Into Wine”, they stand out as two of the most inspirational compositions ever created by this German outfit. Without losing any of its aggression in the process, the German trio slows things down in “Worship” – a composition with lead harmonies and a melodic clean vocal refrain that could be a tribute to Yorkshire atmospheric legends Paradise Lost, while the equally dark/atmospheric opus “Nyx” brings elements from Celtic Frost into the overall equation. The closing composition of the album, namely “The Three Beggars”, is not only the longest but also the most varied – a real ‘tour de force’ of compositional prowess and technical dexterity.

This is the second time I find myself giving a Secrets Of The Moon album a top score and, having really connected with “Seven Bells” over these last few weeks, I feel like the decision is justified! It really beggars belief how this band is yet to be snatched up by a major record label, but that may well change in the weeks/months to come as “Seven Bells” is really the type of album that helps push things to the next level. If you love atmospheric Metal and you love all things doom and gloom then this album is definitely for you. A great album that will undoubtedly feature in my ‘best album’ list for 2012!