…r (US 2022), Mogwai (US 2022), Rival Sons (US), Rolling Stones (US), Sabaton (Europe 2022), Steel Panther (US), Josh Taerk (US),  James Taylor (2022), Tesla (US), Ann Wilson (US), Brian Wilson (US), This month’s Womad festival has been postponed until next year. Over half of the UK’s festivals due this summer have now either been cancelled or postponed until 2022. Brian Blessed will make a special guest appearance at this year’s… Continue reading →

News: The Best of 2020 – Get Ready to ROCK! reviewers choose their Top Albums of the Year 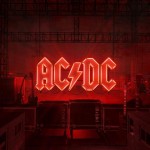 …Excellent value at a fiver and a perfect introduction to the band or for that long car journey. Special mention JOSH TAERK and his brothers live streaming shows. A real pick me up and tonic during this pandemic year. Each show is a great mix of originals and a few well chosen covers. BRIAN McGOWAN Top Albums 1. BLUE OYSTER CULT  The Symbol Remains (Frontiers) ‘The Symbol Remains’, announces the band as born again survivors. And indeed… Continue reading → Misty Creek Records [Release date 28.09.18] Josh Taerk returns with a new album his first since 2015′s ‘Here’s To Change’, although four of the songs on here were on last year’s ‘Stages’ EP. Teddy Morgan (Kevin Costner and Modern West, Carl Broemel) produces again, with Josh co-producing on three songs. It is a bit of a family affair at times with Ryan and Matt Taerk contributing backing vocals. Opening… Continue reading → News: Get Ready to ROCK! Reviews Editor hits 50 for charity …n of ‘Everlasting Love’ (a hit back in February 1968) and Facebook live gigs have been announced by Josh Taerk and The Darker My Horizon. Jason Ritchie founded Classic Rock Newswire  in 2002 and subsequently merged his online musical interests with Get Ready to ROCK! helping to expand the website during the following 15 years and as News and Reviews Editor. Nordoff Robbins reaches out to help individuals in their own personal developm… Continue reading → Apple Music [Release date 02.02.18] Josh Taerk has long been a favourite here at Ritchie towers and he is now back with a new five song EP, although one song ‘After The Fall’ is lifted from his last album ‘Here’s To Change’. For his young years Josh has a knack for penning lyrics that are though provoking and inspiring at the same time. ‘Learning To Let Go’ is a prime example, carried along by a melodic… Continue reading → JOSH TAERK Rock N Roll On Josh Taerk has released a new single digitally and it has been a little while since we heard anything new from him. ‘Rock N Roll On’ is a classy upbeat rocker, complete with an instant chorus and a short but sweet guitar solo. It is such an upbeat song, perfect for blasting out on a summer’s day and the sort of song that should be added to those many driving CD compilations you see around. A gre… Continue reading →

…etting better with age. FM play Planet Rockstock, 4 December, and are on tour in the UK from 22-31 January 2016 JOSH TAERK (June 2015) – he was back plugging a strong new album and little by little he is getting the recognition his music deserves. POWER WOLF/ ORDEN OGAN (September 2015) – Orden Ogan are one of the best power metal bands out there and great to finally see them live. Headliners Power Wolf continue to take the metal worl… Continue reading → Josh Taerk releases his new album ‘Here’s To Change’ in July and has just completed a run of UK shows. We catch-up with Josh who tells us more about the album, and how the recent UK dates went. Over to Josh… What have you got planned for the next few months e.g. recording, touring, etc. So far June has been a great month. June 9th I graduated from the University of Toronto with an honors degree in English Literature. I’m… Continue reading → Canadian singer/songwriter Josh Taerk was playing last of three London gigs tied in to promote his upcoming new album ‘Here’s To Change’. Joining him were guitarist Teddy Morgan (who produced the new album and is also in Kevin Costner’s band), drummer Richard Medek  and Carl Holt on bass. It was only a short set, just over half an hour, and like the previous gigs it was being streamed live. An excellent idea for an up an… Continue reading → Misty Creek Records [Release date 20.07.15] Josh Taerk is back with his second album, after good reviews for his 2013 debut album. This time he has upped the ante by recording in Nashville, joined by bassist Park Chisholm and drummer Richard Medek. The sound is a lot richer and fuller than on the debut which was much more acoustic based. Lead song is the excellent ‘Here’s To Change’, an instant hit on the ears and it features… Continue reading → …e me you enjoy melodious songs, whatever the musical genre, do give this a listen. **** Review by Jason Ritchie JOSH TAERK Josh Misty Creek Records [Released 28.04.14] www.joshtaerk.com This is a special edition of his debut album released last year, adding four bonus acoustic songs. Josh Taerk is a tireless live performer as a follower of his Facebook page he seems to be playing every small to medium sized venue going in the UK. Hopefully this h… Continue reading → Absolute [Release date 14.10.13] The latest release by young Canadian singer/songwriter Josh Taerk is something of a throwback.  Even his mop of curls shouts ‘1980s’, although I’m guessing it’s not a perm! The opening number – ‘I’ll Live For You’ – sets the tone sounding like an acoustic guitar armed Bruce Hornsby backed by a laid back Toto, with some of the rhythm guitar lines echoing Kim Carnes&… Continue reading → Josh Taerk, aircheck (Get Ready to ROCK! Radio, 26 November 2013)  Misty Creek Records [Release Date 9.12.13] We live in the age of the self expressive singer songwriter, whose hegemony of the air waves must make the more enduring folkies wryly smile. Songwriting has moved centre stage again and now that rock has worked out its anger and frustration, we’re back in the bed sitter dealing with introspective, confessional songs that deal with rela… Continue reading →

Josh Taerk is a Canadian singer-songwriter and a young phenomenon who, despite having just released his first album, has already gained fans amongst rock royalty including Bruce Springsteen’s drummer Max Weinberg, calling Taerk “the most exciting new talent I have come across in years.” Having attracted the attentions of legendary producer Terry Brown (Rush, Blue Rodeo, Cutting Crew) Taerk set out to collaborate on what would become his remarkab… Continue reading →

Josh Taerk has recently released a very accomplished album 'Never Look Back' and he recently played a couple of UK dates back in November. Definitely an artist to look out for in the coming months and years… 1. What are you currently up to? I’m always writing new songs, I consider myself a writer before anything else, and I have been having a blast recording new tracks with my friend and Producer, Terry Brown. Playing in the UK has… Continue reading →