HEADSPACE – “I AM ANONYMOUS”

HEADSPACE – “I AM ANONYMOUS” 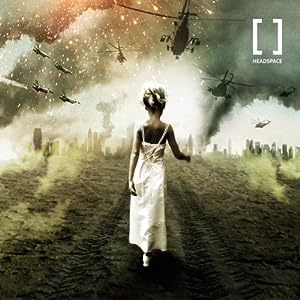 Inside Out is one of those labels that have proven over the years that they have a good instinct when it comes to discovering young and promising bands, however, in the case of Headspace, there is a slight ‘problem’ of interpretation. You see, there have already been quite a few people on Internet forums questioning whether the band that features Adam Wakeman (keyboards) amongst its ranks can be treated as a newcomer and/or whether it should be treated as a super group instead, based on the number of collaborations existing between members of the band and high-profile Rock musicians. Well, while it may take a while to answer these questions, the fact remains that the British quintet is just about to release its debut album “I Am Anonymous” and I can safely attest to the fact that what we have here is a real cracker!

There are so many good things to say about this album that I really don’t know where to start. Ok, influences – the influences are many and varied and while they are, to a certain extent, clear and easily recognisable they are employed in such a way that complement rather than undermine the integrity of the album. Fans of Dream Theater will enjoy Pete Rinaldi’s low-chorded heavy riffs while those who believe like me that Shadow Gallery are masters of all things melodic will find many reasons to rejoice. Personal performances: all band members are very skilled musicians and do tend to stretch their Prog muscles at various times but none comes across as too ‘egocentric’, ensuring that these eight compositions are both challenging and enjoyable to listen to. As a result, “I Am Anonymous” is a Prog Metal album that features songs with an average duration approaching nine minutes, but which still manage to come across as more approachable and listener-friendly than the average Metal album out there.

The dark harmonic theme and subsequent collosal riff of the opening track “Stalled Armageddon” is the best proof of how varied this album really is, attributes that are magnified in the grand “Fall Of America” – a ten and a half minute piece which find Headspace presenting us with a variety of vocal themes, lead guitar melodies and technically fluent rhythmical changes. The three minute piano/vocal piece “Soldier” is a beautiful ballad that enables Damian Wilson to prove his great vocal skills and draw comparisons with the mighty Joey Tempest (Europe), amongst others, in the process, while the follow-up “Die With A Bullet” is the second most impressive composition of the album as it again perfectly balances high quality melodic themes with moments of Progressive Metal brilliance! The opening organ melody on “In Hell’s Name” may lead you to believe that what you have here is another easily accessible composition but during its eight minutes, you will come across numerous rhythmical changes, same as on both “Daddy Fu*king Loves You” and “Invasion”. In the closing composition “The Big Day”, Adam Wakeman proves to be worthy of the family name as his spacey key solos add an important dimension and value to this emotionally charged composition.

The information provided by the band’s label Inside Out states that it took a good six years for Headspace to create and release “I Am Anonymous” – enough time to enable the British quintet to work their ideas to perfection and thus lead to this amazing result. I will not be at all surprise if I was to find Headspace’s debut release being featured in the ‘album of the year’ lists of many Prog-orientated colleagues as the earliest of reviews that can be found on the Internet head towards that direction. This is indeed a great album, a product of a group of musicians that possess both technical skill and compositional prowess that deserve all the praise and acceptance it can get – give it a few listens and you will certainly understand the reason for my high rating!