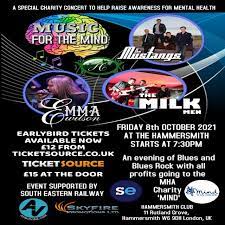 As the old BT advert once said, it’s good to talk. Of mental health in particular. Despite growing awareness of its importance, not least with the struggles nearly all of us have faced in some way or other during the pandemic,  it still carries the air of a stigma that people find difficult to discuss openly.

The many charities in the field  do great work, with the largest being MIND, so in the week of World Mental Health Day one of their fundraising efforts was an evening of music at the Hammersmith Club, where promoter Rick Palin is putting on a series of gigs. Normally a private club, it has a lot of potential as a venue, with a high stage and ornate ceilings a little like nearby Bush Hall, and the sound was improved from my previous trip here a few years ago.

Blues and blues rock was the musical theme of the night but he who pays the piper calls the tune, so sponsors South Eastern Rail brought their own choir to open proceedings with a variety of tunes from the GRTR-friendly – ‘Don’t Stop Me Now’ to the not so much- S Club 7. 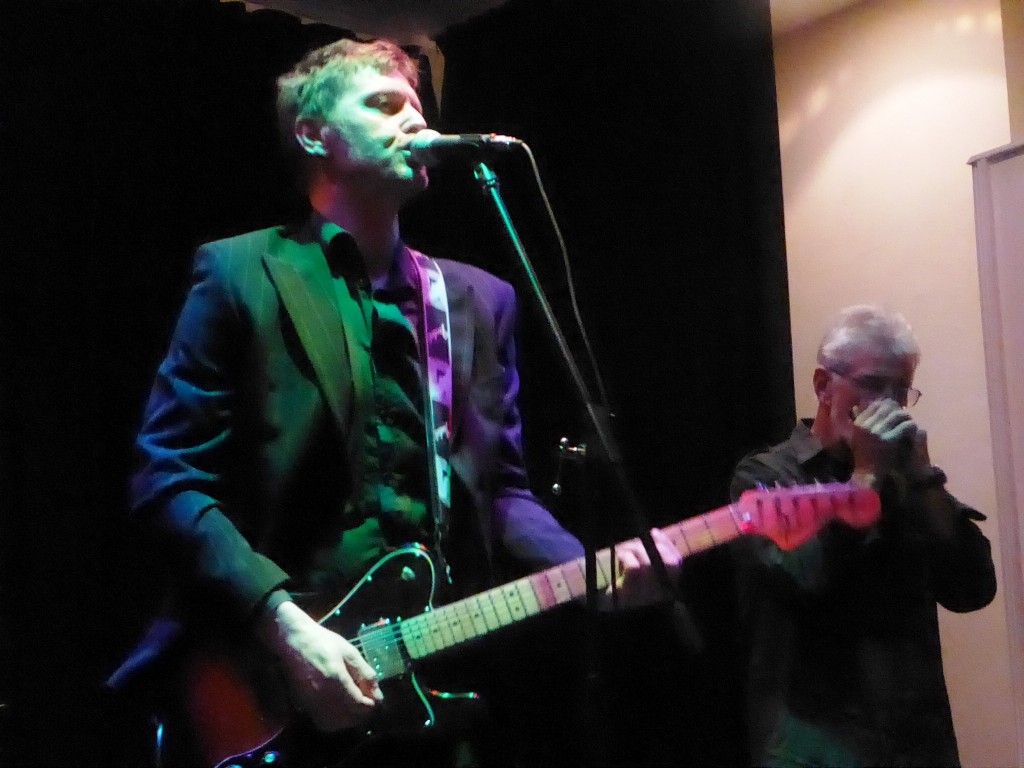 A trio of main acts began with The Mustangs who had a very sixties RnB style, not least as they sported a full-time blues harp player in Derek Kingaby who even got his own instrumental.  Lead guitarist  Adam Norsworthy was an equally fine singer and they played originals such as  ‘I’ll Meet You Any Time’ and ‘Put Your Money On Me’ from a career that unbelievably has seen them release nine albums.

However as the set wore on covers were the order of the day-‘ You Really Got Me’ suited them perfectly, before a couple of blues classics in ‘Crossroads’ and ‘Shake Your Moneymaker’, with a snatch of ZZ Top’s ‘Tube Snake Boogie’. They were gradually moving further from their natural habitat as, responding to a growing number of people getting on the dancefloor, they ended a short-ish set with ‘I Love Rock n Roll’ complete with a number of false endings. 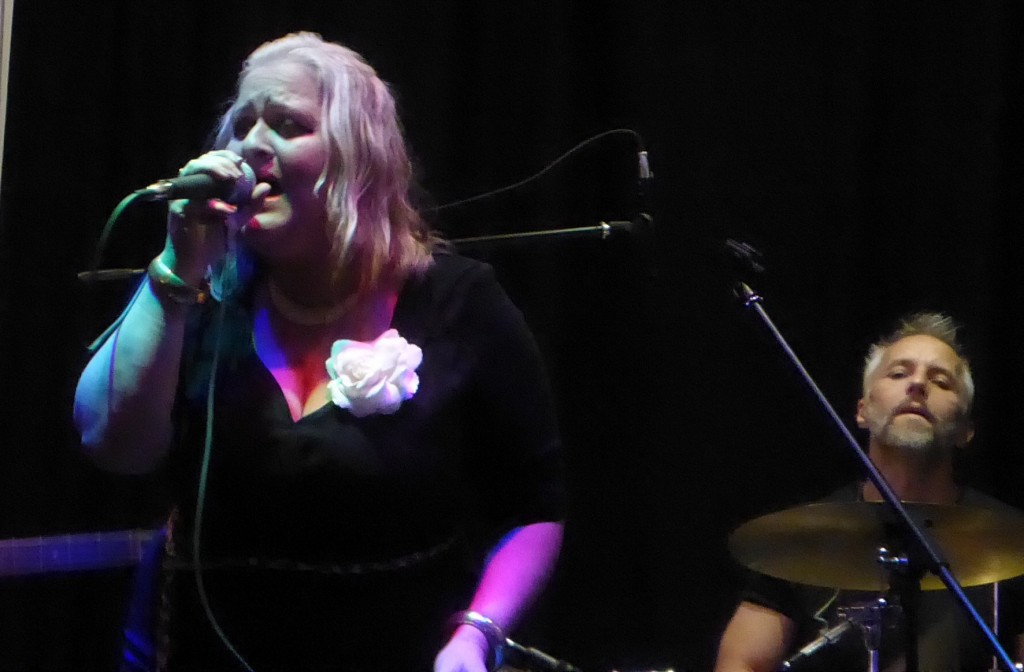 We then had a real life Doctor (and wife of Milk Men bassist Lloyd), Alice Green, give a short but engaging and insightful pep talk on the importance of mental health and its relationship with physical health, prior to Emma Wilson who has won numerous rising star awards recently  in the blues world.

The blonde singer has a sultry but powerful set of pipes, and as evidenced by opener ‘Wish You Well’ sits on the jazzier and more soulful side of the blues spectrum- indeed at times there was even a hint of Amy WInehouse in her delivery. 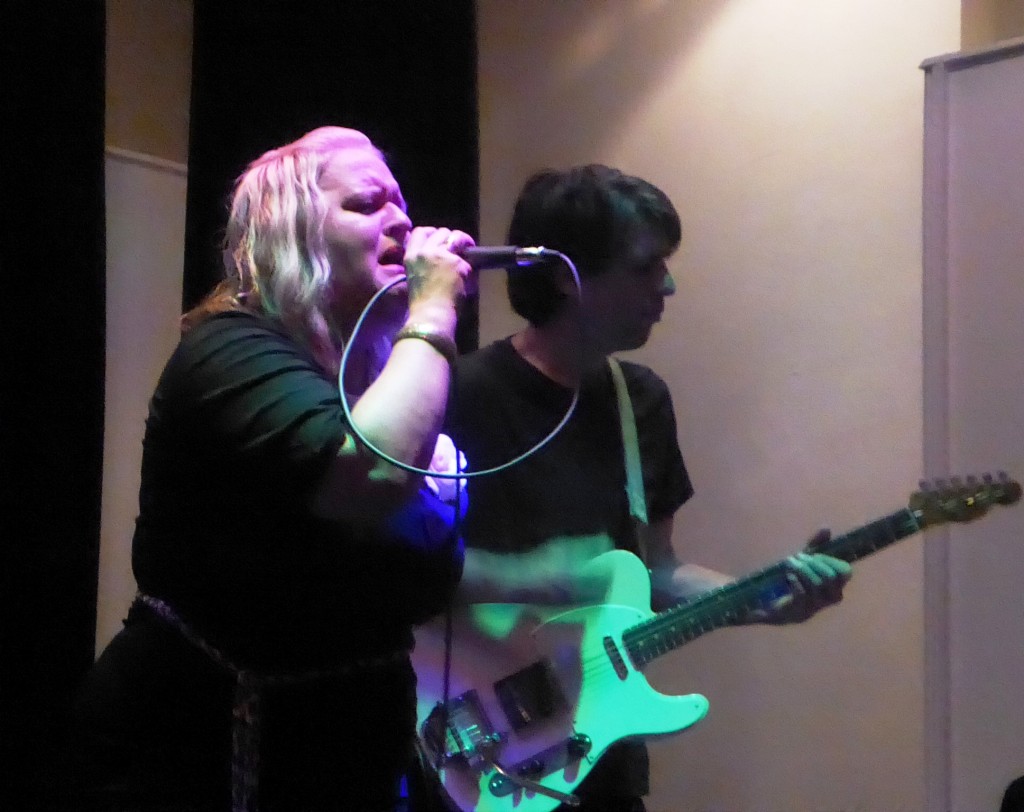 Her band were masters of taking the pace down to end a song quietly (I suspect diminuendo is the technical term) and on ‘Rack Em Up’ had a taut, choppy  funkiness as they showed their paces.  They were just really hitting their stride when unfortunately time constraints restricted them to one last song in ‘Not Payin’ which had more of a Chicago blues feel, but there was no escaping her talent.

Headliners The Milk Men seemed to bring more of their fans, one hyper-enthusiastic gentleman in particular, which made for a livelier atmosphere with many taking to the dancefloor, including Emma Wilson herself. A four piece with Adam Norsworthy doing double duty, this time just on guitar,  openers ‘Shoot the Lights’ and ‘The Operator’ were short and punchy and had a real Dr Feelgood vibe to them. 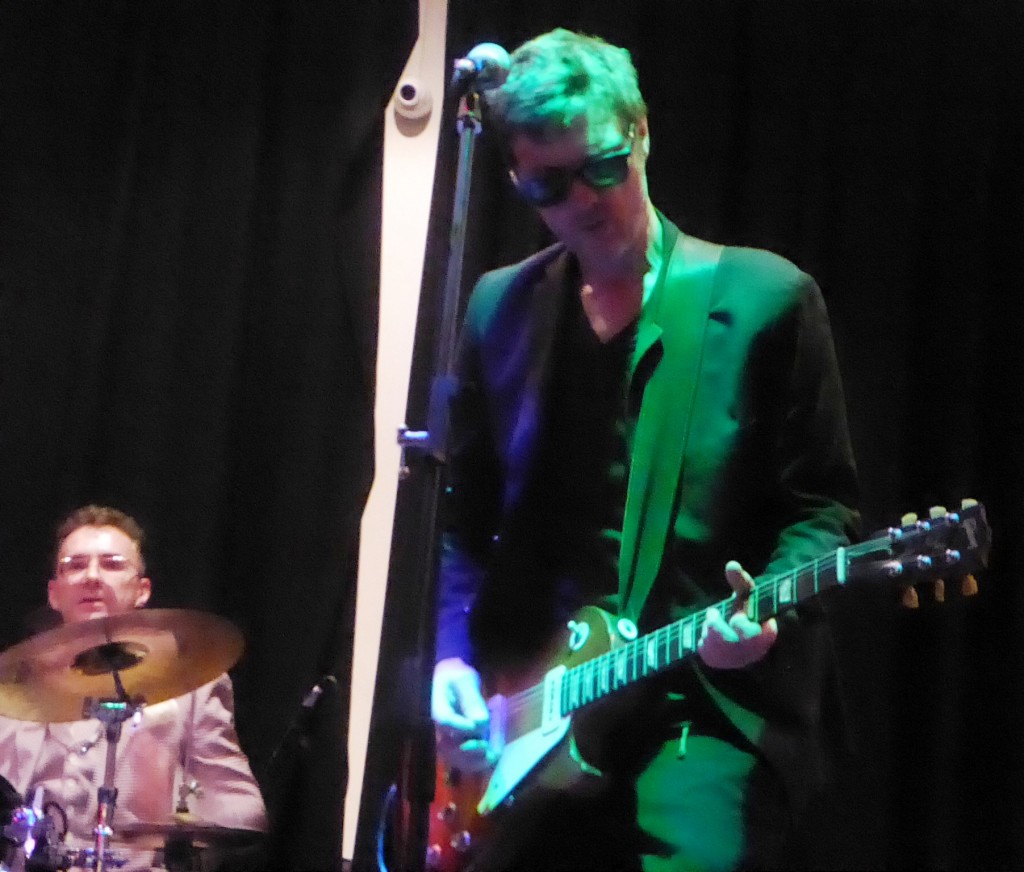 There was something of the wedding and barmitzvah outfit about them- the sharp suits of singer Jamie Smy and drummer Mike Roberts may have had something to do with it, and they also used humorous visual props- for an authentic cover of ZZ Top’s ‘Cheap Sunglasses’ and an old blues song (apparently) ’Give Me Back My Wig’.  Nevertheless that would sell them short as I was highly impressed musically: they have three albums to date but two of the most impressive- ‘Driving It’ with a chugging almost AC/DC ish riff and ‘Cheap Seats’ –apparently came from a new one.

As with the Mustangs a liberal sprinkling of covers helped the evening go with a swing including ‘Oh Well’ and a superb ‘Pinball Wizard’, alongside lively originals such as ‘Real Good looking’ and ‘She Don’t Like Rock Roll’. My highlight though was a closer of ‘Summertime Blues’ with all the raw energy of the Who’s ‘Live at  Leeds’ version. By the time of an encore of ‘Johnny B Goode’ turning into a Quo medley of ‘Caroline’ and ‘Rocking All Over the World’, a Friday might party was in full swing after the event had begun in relatively subdued fashion. 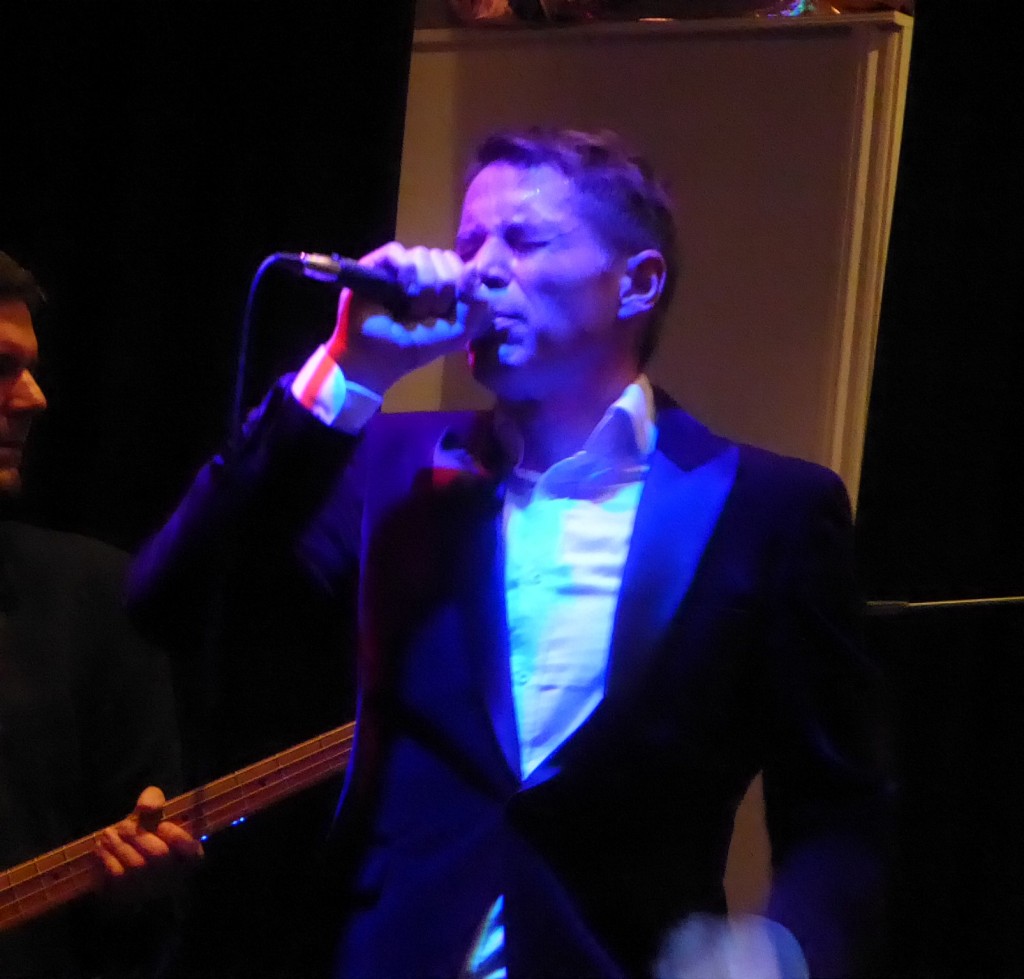 It may sound trite to say so but live music is a huge contributor to my own mental well-being, and that of many others. The concert can only be viewed as a success, both being surprised by three excellent acts I should check out further in future, but raising funds to support all those who need a little help from time to time.