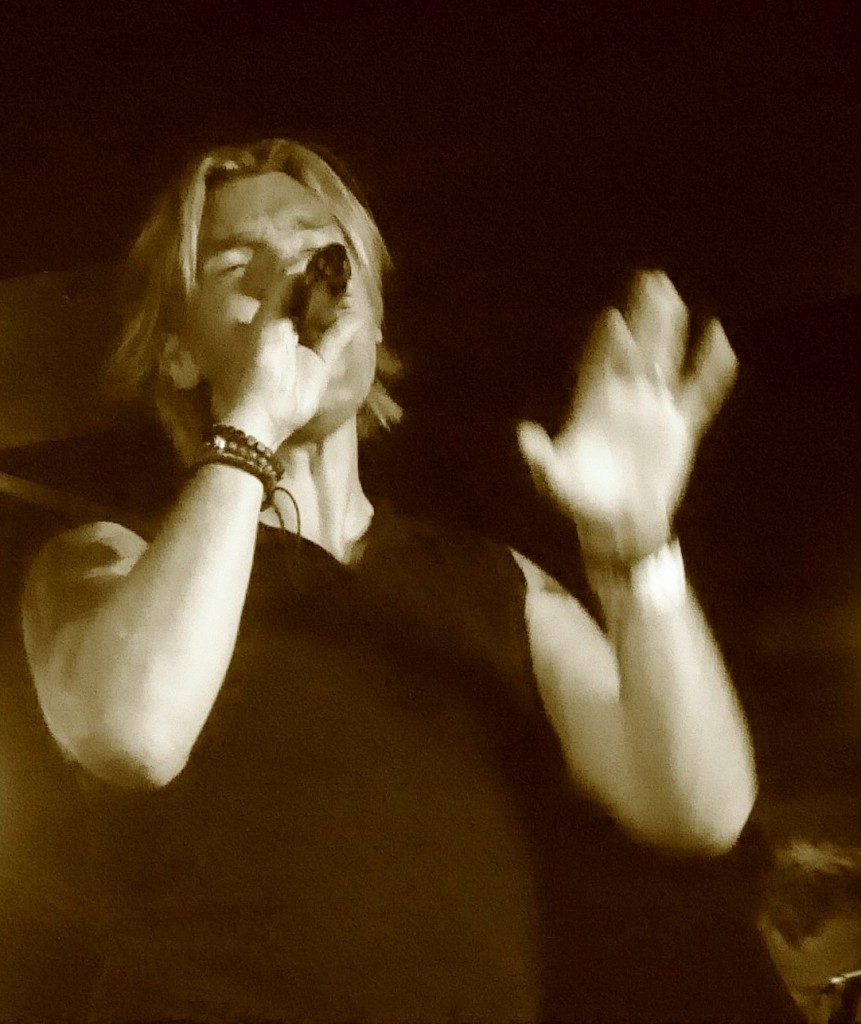 Vega are one of those bands with a lot of lost time to make up as live music resumes. Since the beginning of the pandemic one of the UK’s premier melodic rockers have recorded not one but two albums, with a slight shift of musical direction, as well as making two line up changes, though this London show was the start of a tour that only picks up in earnest in November.

There was a decent crowd at the front, including my first sighting in 18 months of a number of gig buddies, enough to create a good atmosphere though the overall attendance reflected that many are not yet ready to return to live club shows. 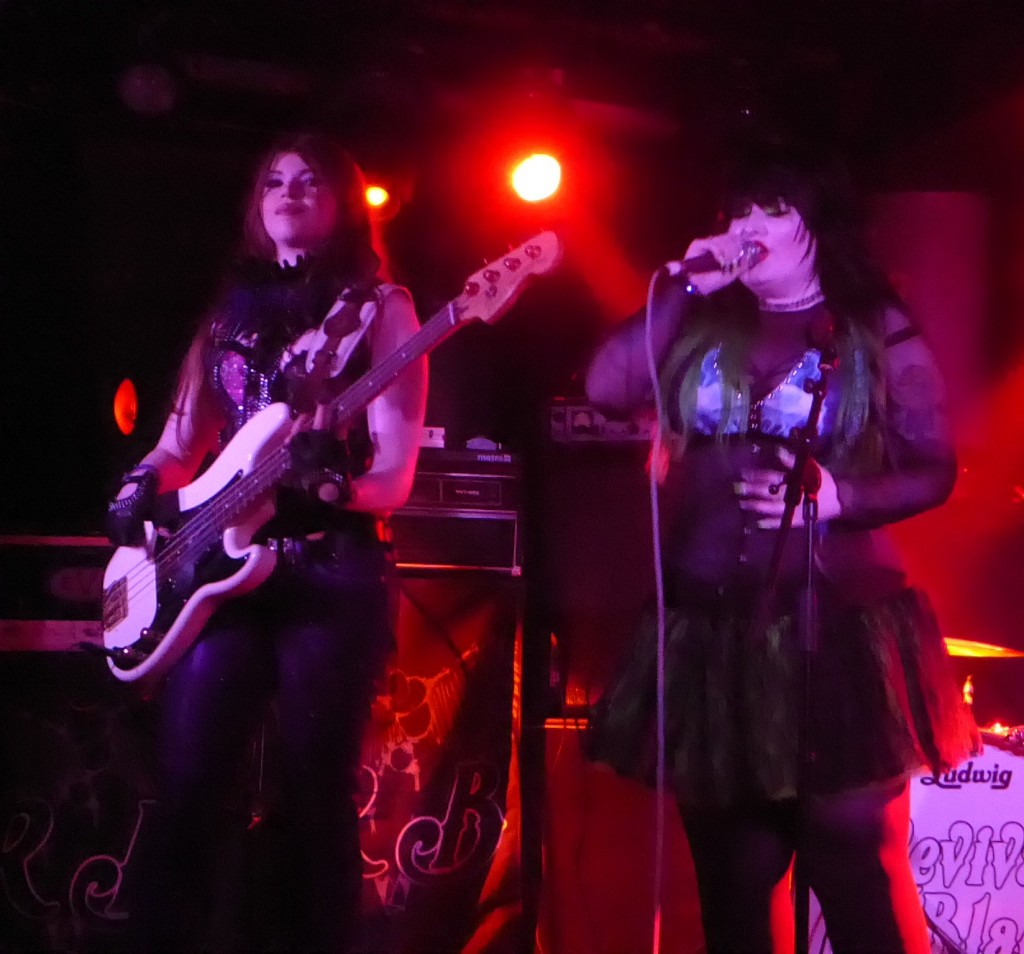 With a 6.30pm start it was another value for money Underworld bill, similar to the Mason Hill show here a couple of weeks previously, with a pair of support acts, First up were Joanovarc- despite their self-titled second album having received a lot of publicity a couple of years ago, this was the first time I had seen them, and they had a recent recruit on vocals in Hazel Jade Rogers, a quirkily styled figure, who had a powerful set of pipes and a friendly stage manner.

‘Love Rock n Roll’ started off as a Rock Goddess- type plodder but went into another gear when founder member Shelley Walker really started letting rip on guitar. A new song ‘Mister Mister’ (incidentally not the only band name/song title combo this evening!) almost went into a thrash like second phase before ‘Down By The River’ was more accessible. 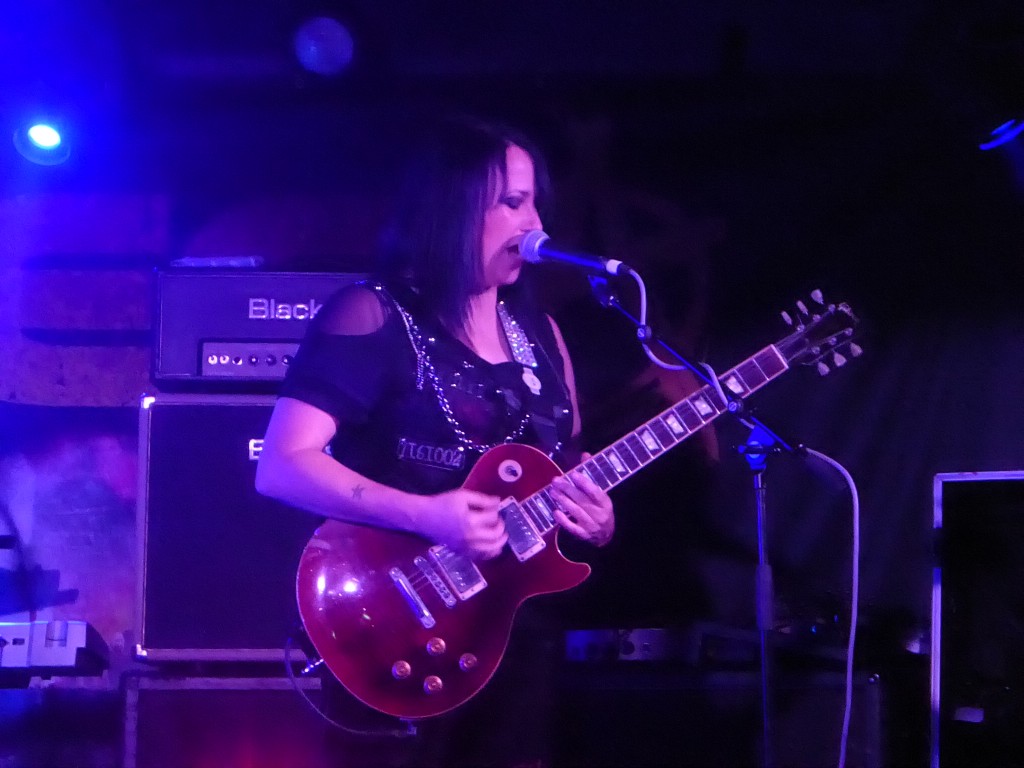 They played a mixture of new songs (‘Silver Sun’) from an upcoming album and others with a longer history, of which ‘Ride Of Your Life’ was particularly enjoyable. Shelley’s gutsy, metallic guitar work gave the sound a real bite which I had not expected, especially on the heavier numbers, ’Invisible Enemy’, ‘ This Way’ and ‘Isolation’.

There did seem a something little odd about the chemistry between the band members on stage however – hopefully I was misreading any body language as this latest version of their ever changing line ups showed a lot of potential and I was pleasantly impressed. 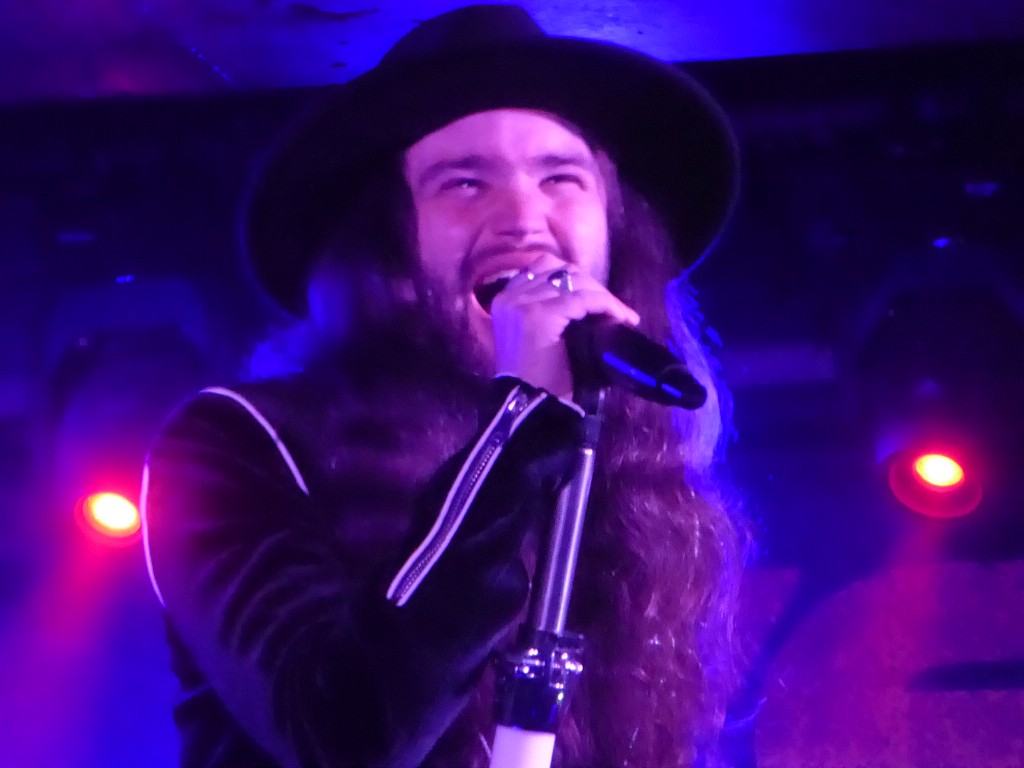 Next up were Revival Black who oddly enough I saw around the corner at the Black Heart soon before the pandemic hit- more recently I was very impressed by singer Dan Byrne fronting Myke Gray’s band at Stonedead. Their set mixed favourites from their debut ‘Step in Line’ album like ‘So Alive’ and ‘Hold Me Down’ with a new song ‘Believe’.

The songs were all of a similar unrelenting pace similar so ‘Midnight Oil’ (that band connection again!), described as a dirty blues was a welcome change, then they surprised everyone with a cover of ‘Burn’ (ironically exactly a week after I’d seen Vambo doing exactly the same).  On this occasion they toyed more with the arrangement but seemed to lose interest half way through as it segued into another song in ‘The River’.

Finishing with their two singles ‘No Secrets No Lies’ and ‘Wide Awake’, their sound was classic bluesy heavy rock with a sleazy edge. Dan has an excellent voice and stage presence and the hirsute band look the part:  however I just felt compared to some of the very best of their NWOCR contemporaries they have yet to write that killer tune. 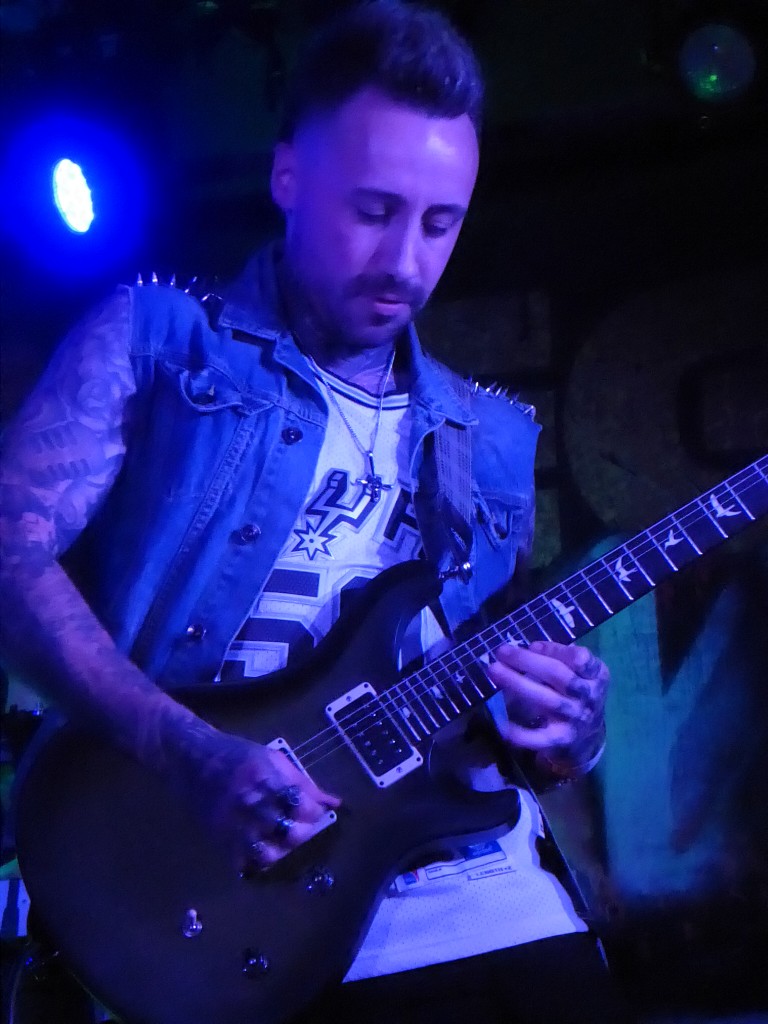 Vega have no such worries about song writing, but as they hit the stage soon after 8.30, something was amiss – there were only five of them with no sign of usual lead guitarist Marcus Thurston, leaving new second guitarist Billy Taylor to carry the burden himself.

As they opened with ‘Blind’ from their penultimate album ‘Grit Your Teeth’ the sound did seem a little thinner than usual,  though interestingly it was Tom Martin’s bass that stood out more as a result, with his brother James’ keyboards adding colour in the background, confirming Vega’s gradual shift away from a sound in which the keys are prominent.

However on ‘Worth Dying For’, not only did Billy support Nick Workman with occasional vocal duties, but played the solo in the same shredding style as Marcus, and throughout the gig he proved it was no fluke. For someone I largely saw only play rhythm in his days with Inglorious, this was a revelation and he could be forgiven for the fact that each solo began to sound rather similar as the set wore on. 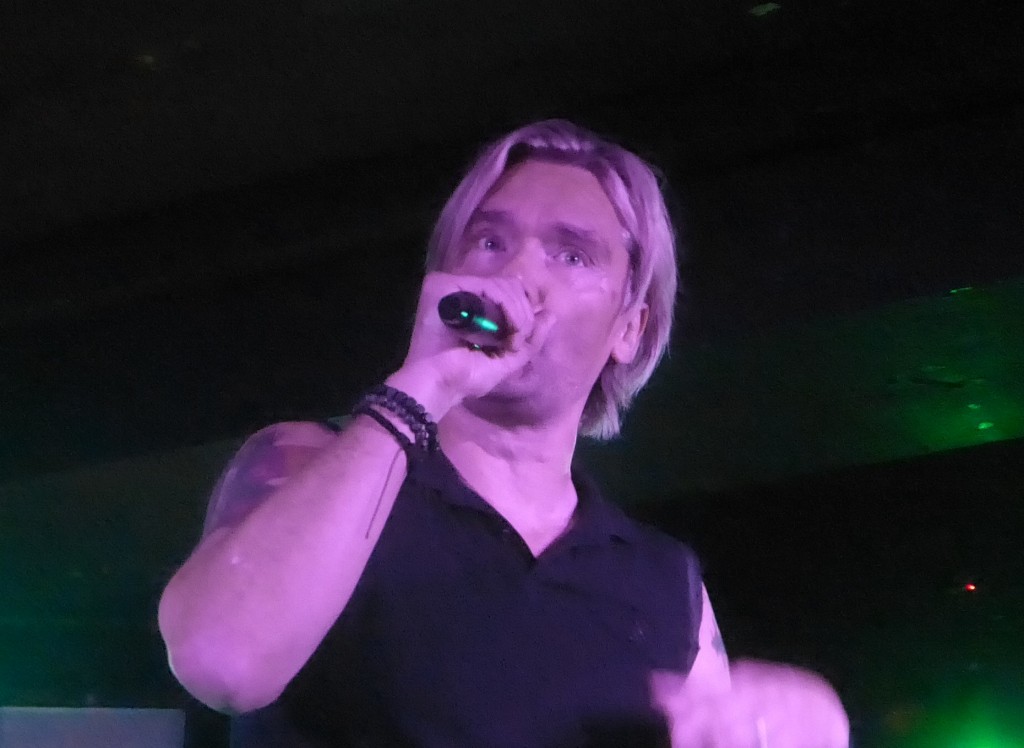 Nick then explained that Marcus had gone down with covid on the day of the gig- though he could not resist still teasing the famously taciturn guitarist as he recorded a quick video of the crowd joining in with insults. From that point onwards it was not a case of looking for deficiencies in the sound, but marvelling at how well they adapted the songs at short notice.

Though plenty were punching the air to ‘Stereo Messiah’ and bouncing to the hook-filled ‘Every Little Monster’ this was always going to be a night when the newer material dominated, with by my reckoning over half the set taken from the pair of lockdown-era albums.

From the latest ‘Anarchy and Unity’,  both ‘Beautiful Lie’ and ‘Ain’t Who I Am’ went over really well live and had those trademark Vega hooks, though my predictions when reviewing the album that ‘Bring The Riot’ would set people off pogoing proved wide of the mark. 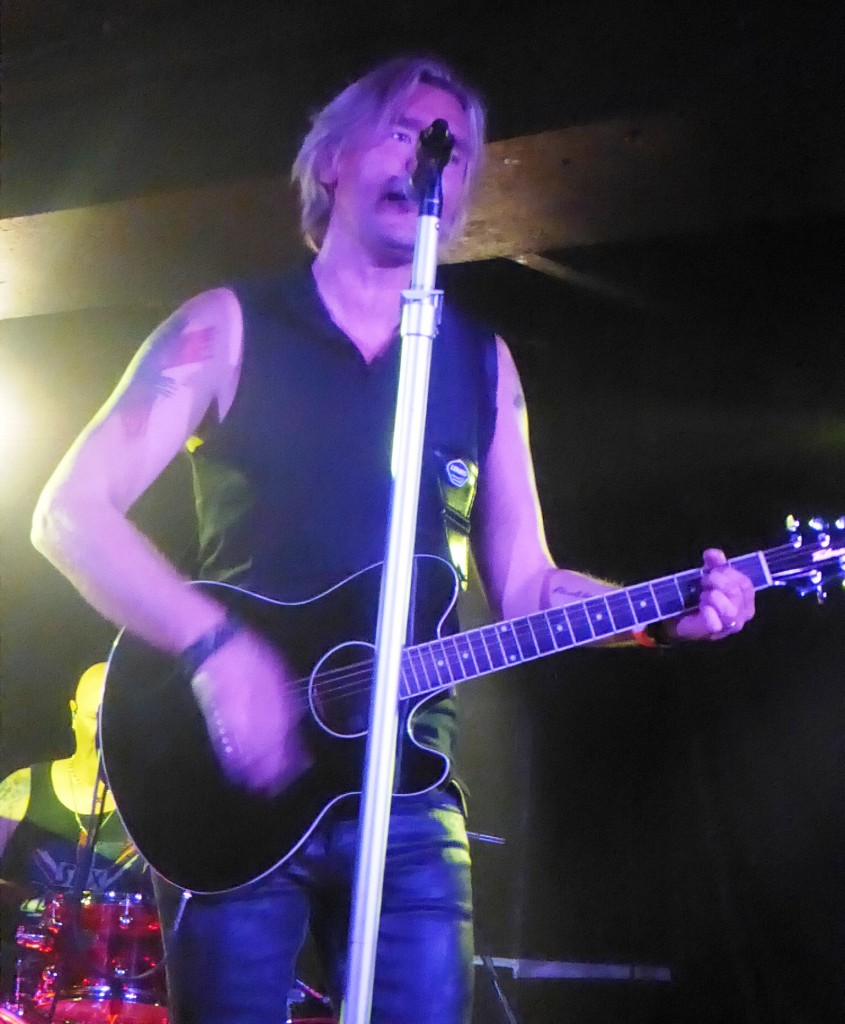 From Grit Your Teeth, ‘Man On A Mission’ and ‘Perfection’ worked well live but were basic in approach by their standards. In contrast though the pride Nick spoke of in the six minute ‘Live For Me’, was justified as the song came to life in the live environment, calling to mind Bon Jovi and Winger hit power ballads of 30 years ago. Nick played acoustic guitar for once, while Billy was again outstanding.

The gig reached a peak with some old favourites in ‘Kiss Of Life’ with its big chorus,  ‘White Knuckle Ride’ complete with ‘hey-hey-hey’ chants  and the anthemic ‘White Flag’. Nick was as energetic a frontman as ever while the vocal support given him by both Billy and drummer Pete Newdeck was a noticeable addition to the sound. 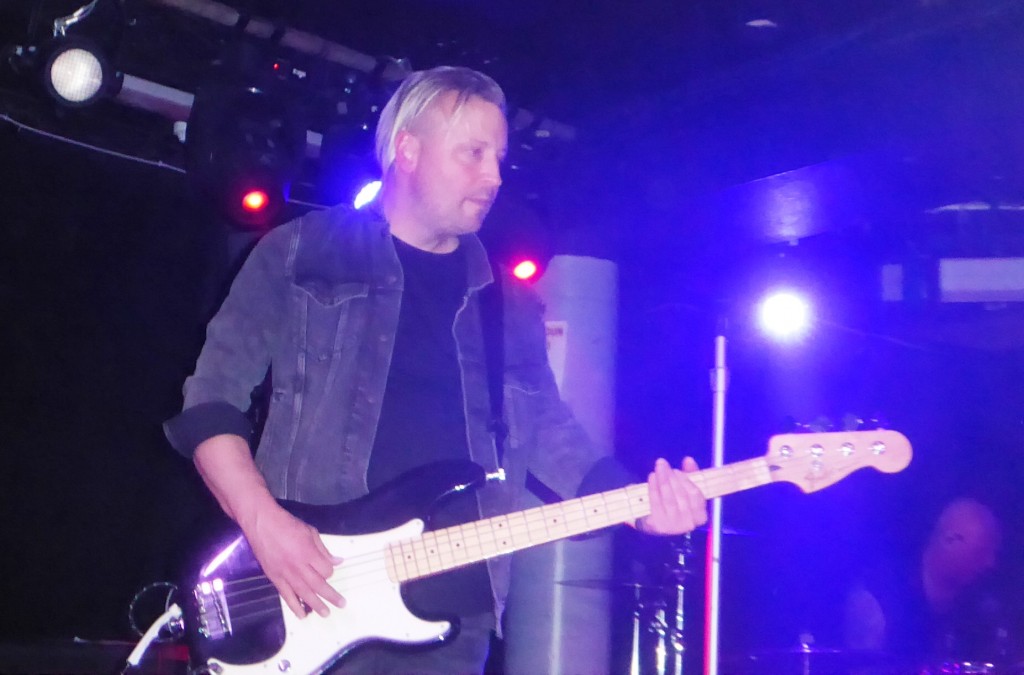 Nick said they would play right through without the pretence of an encore and for many years ‘Saving Grace’ has ended the set but this time with a nod to Planet Rock’s playlisting of it, instead they played recent single ‘Sooner Or Later’, the ‘woo-hoo’s seemingly inspired by U2’s ‘Elevation’ being another of those hooks that make Vega’s anthemic songwriting style so perfect for live shows.

It was a slightly unusual evening for them but the way this new line up passed with flying colours, with new material nestled nicely in the set, augurs well for even better gigs in the future. Another good night all round as the live music scene starts to return to normal. 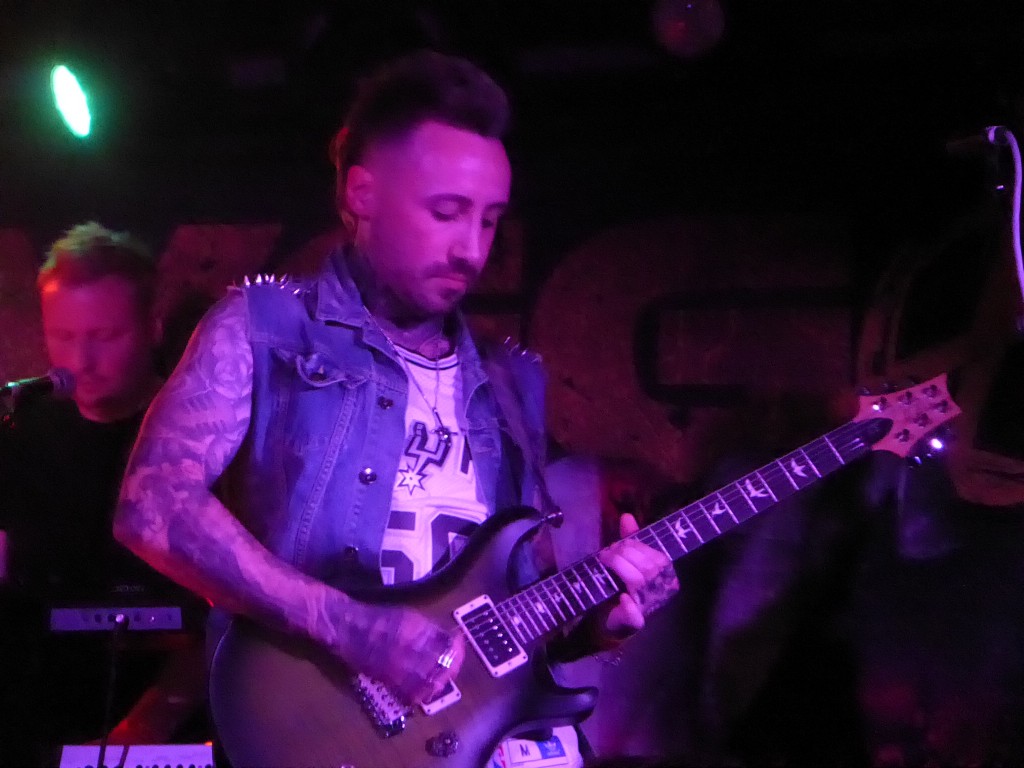