Featuring past and current members of bands including The Last Vegas, The Steepwater Band, Urge Overkill, The Cynics, Warrior Soul, Abbarama and Tyla & Dogs D’Amour, Furbaby & the Tight Spaces were dreamed up during 2020 quarantine, their debut album is Out Now 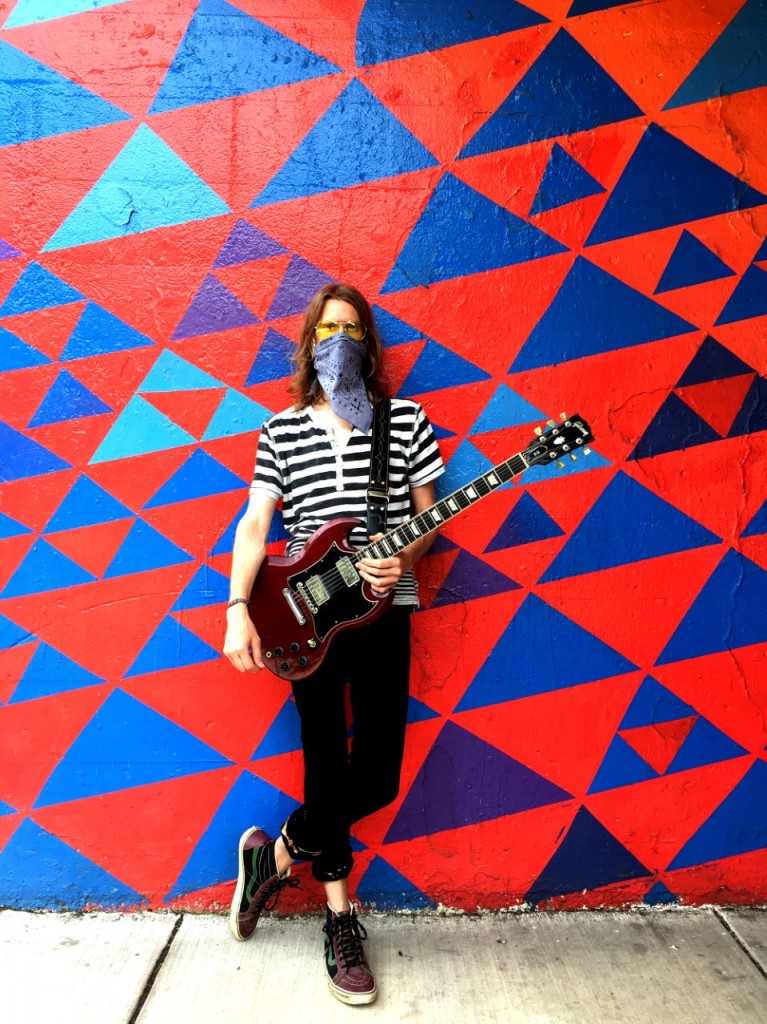 Check out the video for single Social Distance here

How did the rather unusual band name come about?

(Adam Arling) Well, the band name, granted rather unusual, came about a few ways; one day, while doing some pandemic yoga, the teacher commented on everyone’s “Furbabies running around”. I’d never heard that word before and loved it. Furry is also an adjective for a fuzzed-out guitar tone, which of course, is cool.

And (because things come in 3s), I was also reading a book at the time, called “Drive Your Plow Over the Bones of the Dead” by Olga Tokarczuk (highly recommended), where animals purportedly take revenge on humans in the lead character’s mind. It was like it was meant to be, Furbaby.

The project was originally about connecting with friends and staying creative during the lockdown; who did you reach out to first?

(Adam Arling) Yea, this project was definitely an avenue, an outlet for connection amongst some musician friends when things were looking a little bleak.

The first person I reached out to, probably cause we were collaborating recently, was Dennis Post, Denmark’s guitar wizard. In The Last Vegas, we played with Dennis a few times in Copenhagen at High Voltage and also recently played together here and there with Warrior Soul in Spain and Camden Rocks Fest in the UK.

He’s insanely good, has studio chops, and I was spinning my wheels on a solo section for a tune, “Boxed In”, and knew Dennis could nail this in 2 minutes, and it’d blow my stuff away.

Within an hour, he sent me back a wicked solo, some video clips, and the song just glued together. I thought, man; this could be the pattern here…Then it was like a virtual party, and called up Joe Winters (Steepwater Band), Bryan Wilkinson (The Last Vegas/Black Actress), Calvin Marty, Ivan Tambac, Lucia De Montes, Andrew Giese and cobbled some tracks together. Since then, Joe and I have been having some fun.

Did your cat ever forgive you for turning your apartment into a production studio?

(Adam Arling) No, she’s still pissed off, but that’s a cat for you. Topanga (the Bengal cat) did get a bit of revenge by climbing and shredding the green screen every time we’d try to film video footage. The cat thinks she’s the star, and judging by YouTube views measured against her screen time, apparently, she’s right.

You created eight songs and eight videos which all dropped during the pandemic, can you tell us a bit about the process?

I appreciate this question. Coincidentally my partner (a high school art teacher) repeatedly talks about “the process” of art-making and how it’s really undersold, and artists should communicate it better. Did she put you up to this? Ok, so you asked…

The process for this project started years ago; quick voice recordings of riffs/chord progressions, melodies and what not. I read this Tom Petty biography a few years ago, and he chats about walking through the world with your “antenna” up. Ideas are floating around all the time, and you may be on the bus, in the shower, dreaming, whatever, but when an idea hits you, write it down or record it. Save it for later. This is the most important part.

So lockdown here in the USA presented an opportunity, time, to go through years of saved ideas, some old, some new. I’d scroll through rough ideas, and the first one that hit me, that’s the one. Stop. Focus. I’d open up a recording session, plug in a guitar and map out a song structure on feel. One, maybe two takes. Have some fun with it. Layer a double guitar, stub out a bad solo over the solo sections, hum some gibberish vocal melodies and see how it feels. Then walk away. Leave for the day.

A day or two later, I’d put on some headphones, go for a long walk on the beach and just listen to the idea three times while trying to think of a cool chorus line or cool vocal tag lines with my “antenna up”. Where are the weak spots? Make some mental notes, come back, make some adjustments, mess with it for an hour or two, then walk away for the day. Rinse and repeat this cycle until eventually the song feels rounded out, and the fat has been boiled out. Lean & mean. Nail that sweet spot, for me at least. Just try, and what’s the worst that could happen?

Then at this point, we’d start up a video conversation. My partner and I would pitch wacky ideas. Eventually, we’d agree on something and start filming (mostly along the beach) and in our neighbourhood.

We discovered the wonderful world of green screening, where you can superimpose a person, a cat, or something onto a blank background in video editing. This opened up nasty little rabbit hole of seeing how ridiculous we could make a video, or at least I did. I’d come up with a first edit; my partner would gently rip it to shreds.

Then we’d rinse and repeat this process about 3-5 times. Add in about 40 hours of me cursing at Adobe Premier; there you have it, a video and a single. Now onto the next one. Good enough for the Fur.

Do you feel overthinking songs, music videos etc, sometimes takes the edge off? Has this project changed your approach to making music and art?

(Adam Arling) Another great question. A case could definitely be made that overthinking stuff takes the edge off, but the counter argument is that NOT overthinking allows a half-baked idea to pass through, which just kinda wastes everyone’s time?

This project honestly has been an opportunity to reaffirm an approach to art & music. Re-emphasizing the importance of balance, which easily gets knocked off track living in the USA at times, where everything is designed to move really fast.

This project focuses on treating an idea, a song, a poem, a painting, a conversation, whatever as a delicate creation which gets crushed if you squeeze too hard. But if you don’t squeeze at all, you never get the juice, so yea, how do you get the right amount of pressure to pop out something unexpected, fresh, that you’re satisfied (enough) with? I’d guess that’s what most people are trying to figure out every day of their life, in Chicago, London, Madrid or wherever.

These eight tracks form the bulk of the album release, but can you tell us a bit about the 2 new tracks?

(Joe Winters) ~ The two new tracks sort of came about quickly when Adam sent over a couple of demos that he was excited about, and he wanted to come to my place and track drums ASAP.

I only spent a couple of hours playing them and coming up with ideas, and right away, we were tracking the drum parts. Sometimes, I think you get the most organic version of the song, the quicker you can record it from the time the original idea sparks.

“Moon Boy” came out great and might be one of my favourite songs I have ever played on. Hoping to shoot a video for it very soon too!

The other new track is a fresh take on a great song called “Tiny Steps”, written by Elvis Costello. I sort of reinvented the drums on it, and we enlisted our keyboardist Calvin Marty to sing some really great lead vocals on it too! Would love to get Elvis’s thoughts on our handiwork with his tune!

At what point did you think this has stopped being a lockdown project and started to become a band?

(Joe Winters) ~ For me, it was when we had enough songs, and I said to Adam, “these tunes are great, and I think we should try to release them all as a collective work on vinyl & CD.” He agreed, and once we made the decision to release an album, we sort of had to consider playing live and supporting it, right?

So we started jamming with some of the cats that were involved in the recording process and got offered a pretty sweet gig at a street festival in Chicago over the summer that worked in our schedules, so we were off and running. It’s all been very organic and just seems natural.

Adam and I have been friends for two decades now, and share a lot of the same music interests. For me, it was a no-brainer and has been nothing but a FUN, creative experience!

Now live music is back have you played any shows? Been to any live shows? Or have any UK/European tour dates planned?

(Joe Winters) ~ yep, we have played the one gig that I mentioned above so far, and we are definitely going to play a few more around Chicago this winter and continue to fine-tune the live repertoire.

All the musicians that play live with us have been out playing a few gigs with their other projects, including Adam and I, but it’s still a bit of a slow and safe process when it comes to really getting out and touring.

Speaking of touring, we definitely have our eyes on bringing this band to the UK / Europe next year! We have had a lot of fun touring over there with our respective bands over the years, and we both immediately were on the same page when discussing European touring plans for this album. So with any luck, the Tight Spaces will be playing some shows on that side of the pond in 2022. 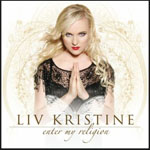