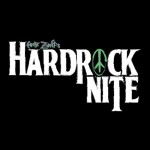 Enuff Z’Nuff do an album of Fab Four covers, at last. We used to think it was a given, but it never happened. There’s distance now, and with that comes perspective.

Arguably, only Wilson Pickett (Hey Jude), Joe Cocker (With A Little Help…) and David Bowie (Across the Universe) could claim to have improved on the Beatles’ originals.

With Rock Nite, EZN get 10 shots. And to their credit they’ve chosen a bunch of big hitters. None of this picking “obscure” titles that it’s hard to compare.

Chip Z’Nuff’s recruitment of Tony Fennell, ex Ultravox, and Tory Stoffregen, ex Bulletboys in 2015 was an astute move, beefing up his own band’s solid reputation by adding proven musicians of considerable talent and experience.

And so there’s a maturity here, yet the songs are alive with the excitement you’d expect from a younger band. And no way could it be called a pop album. With few exceptions, this is a muscled up heavy rock album to its core.

Many of the tracks – especially the real standouts – seem as if they are performed against a massive backdrop of constant harmonic noise and full on rock’n'roll choirs. It takes you (pleasantly) by surprise. The musical theatre of ‘Magical Mystery Tour’ and the classically confessional ‘Cold Turkey’ are both translated into epic guitar rock, and both are given a thumping percussive heartbeat.

You might argue that the emotional undercurrents in the originals – one light, one dark – have been lost, but these covers are not intended to be pastiches or simple homage. The arrangements and the production are electric and electrifying, everything’s been amped up, taking full advantage of 21st century studio technology, powerfully conveying the majesty of the originals, with EZN’s signature at the bottom of the page.

The transformation of ‘Eleanor Rigby’s baroque pop into glammy heavy rock laced with faux strings, visible through a massive helter skelter of scuzzy guitars, could just about make it the album’s highlight. That said, the band’s relatively restrained treament of ‘Live And Let Die’ is a delight, as is a pretty faithful interpretation of ‘Dear Prudence’, right down to its movingly keen sense of melancholy, and transformation, mid flight, into a mock psychedelic masterpiece.

Only ‘Revolution’ and ‘Jet’ seem to lack the same energy, but it’s all relative.