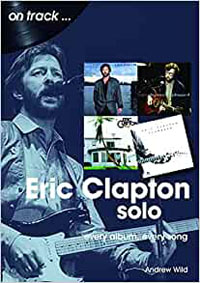 The On Track series continues unabated and this – and the companion series ‘Decades’ – to a large extent reflects the enthusiasm of the publisher Stephen Lambe and his band of individual authors.

Whilst we are frequently critical of the inconsistencies shown in some of the accounts – and in particular the lack of primary sources – there is no doubt that the books could be a first stopping-off place to obtain a better understanding of a band or back catalogue.

With Christmas 2021 around the corner, they might also make a useful (large) stocking filler.  What follows is a summary of most titles published since August 2021 with publication date in brackets.

Morgan Brown’s The Damned (7 August 2021) may be the only track by track breakdown of this band following their progress from punk to indie and beyond.

The Doors (28 August) by Tony Thompson is a concise account of each album and includes live recordings and rarities.  The band’s albums were frequently patchy and Thompson endeavours to extricate wheat from chaff.

Keeping things rooted in the summer of love Richard Butterworth dissects psychedelic rockers Jefferson Airplane from the start in 1966 (14 September).  Like many of these tomes it owes much to the established Airplane biographies such as Jeff Tamarkin’s ‘Got A Revolution’.  However this remains a concise introduction.

And if you want a mini-handbook to the “summer of love” Kavan Furbank’s 1967 A Year In Psychedelic Rock (21 November) should suffice.  Including pen portraits of the main movers and shakers and their 1967 output. 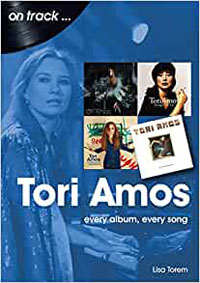 Singer songwriter Tori Amos is profiled by Lisa Torem (10 September).  Amos flourished in the 1990s with her second album ‘Little Earthquakes’ going gold.  The book also details her life as a campaigner against sexual violence.  But an author who includes a picture of their children with the caption “they met Tori Amos’ loses some credibility.

With Porcupine Tree set for a new album and live dates in 2022 Nick Holmes volume is timely (24 September).  The author has a musical background which is a definite advantage as he analyses the band’s hybrid of prog and metal.

Andrew Wild impressed us with his two volume Beatles books and Eric Clapton Solo (30 September) is similarly comprehensive.  He relies heavily on Clapton’s own biography for quotes.The story begins with ’461 Ocean Boulevard’ (1974) and runs until 2014.  A second volume will cover the period 1963-1973.  Reading this, though, you realise just how patchy Clapton’s output has been, especially after the 1980s with a mixture of recycling and returning to his roots.

Cardiacs (8 October) for many people were a complicated mash up of prog/folk/punk influences, and sadly their mainman Tim Smith died in July 2020.  This book by Eric Benac will do much to elevate the band’s status in the pantheon of rock. 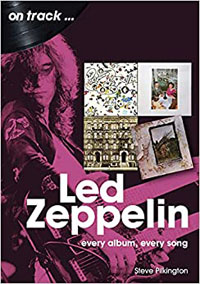 Steve Pilkington can be relied upon to give a chatty, well-informed account and Led Zeppelin (29 October) is just that, drawing upon the usual secondary sources.  He also discusses the album art.  Led Zeppelin IV , celebrating a 50th anniversary in November this year, gets particularly good coverage.

I must admit Radiohead‘s music has passed me by so it may be left to books like this to do a job of conversion (29 October).  The band became increasingly experimental and electronic and again it helps that author William Allen is a musician and guitar teacher, enabling him to decipher often dense and sometimes depressing music.

Some of the bands covered in this series have been well covered elsewhere. Tommy Gunnarson’s expose of The Smiths and Morrissey (19 November) doesn’t really move the story on rather than the usual subjective analysis.  Better seek out several books by Johnny Rogan.

The ‘Decades’ series is a bit like “On track” but supercharged, so we get more background as well as album dissections. 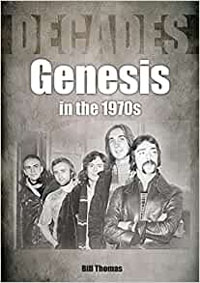 Bill Thomas Genesis In The 1970s (24 September) documents the band’s “prog” years which these days are celebrated live by Steve Hackett.  Given also the 2021 comeback of Collins, Banks and Rutherford it is timely to re-tell the story.  The author interviewed original guitarist Anthony Phillips and also Hackett for the piece, and includes the various side-projects during this period.

The Bee Gees In The 1960s (12 November) is a collaborative effort between three experts Andre Mon Hughes, Grant Walters and Mark Crohan.

If you first came across the Bee Gees in a late-1970s disco you may be interested to trace their earlier roots from the Isle Of Man, via Manchester to Australia and back.  The authors have the blessing of Robin Gibb’s son (and his foreword) whilst early band member Vince Melouney provides insight.  This is the first volume in a projected series of four celebrating the band.

Tangerine Dream (26 November) by Stephen Palmer considers the influential electronic rock pioneers and how they were championed by a pre-punk John Peel.  They also provided atmospheric soundtracks to films such as 1977′s ‘Sorcerer’. The narrative is bolstered by Tangs collaborator Steve Joliffe and one-time member Steve Schroyder. 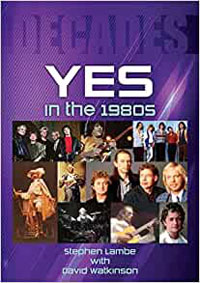 Yes In The 1980s (29 November) split the fanbase somewhat as they headed down a more commercial route with the production wizardry of Trevor Rabin and AOR sensibility of Trevor Rabin.

Stephen Lambe co-credits Yes anorak David Wilkinson who has supplied much of the illustrated memorabilia.  It does elevate 90125 of course but also lists spin-off albums during the period such as the various solo projects, Asia and The Buggles.  The two authors know their stuff and previously authored books about the band including a volume in the ‘On track’ series.

All these books come with a colour section and, more recently, black and white illustrations throughout the text.  They are written by enthusiasts for enthusiasts but the lack of index, and sometimes a reading or source list, makes them less useful as a research or reference tool in their own right.

If you are vaguely interested in an artist or band they are useful for filling in the gaps for when that vague interest waned.

For a manageable read over the holiday period, recommended.  And full of suggestions and signposts for new album purchases.  You have been warned.