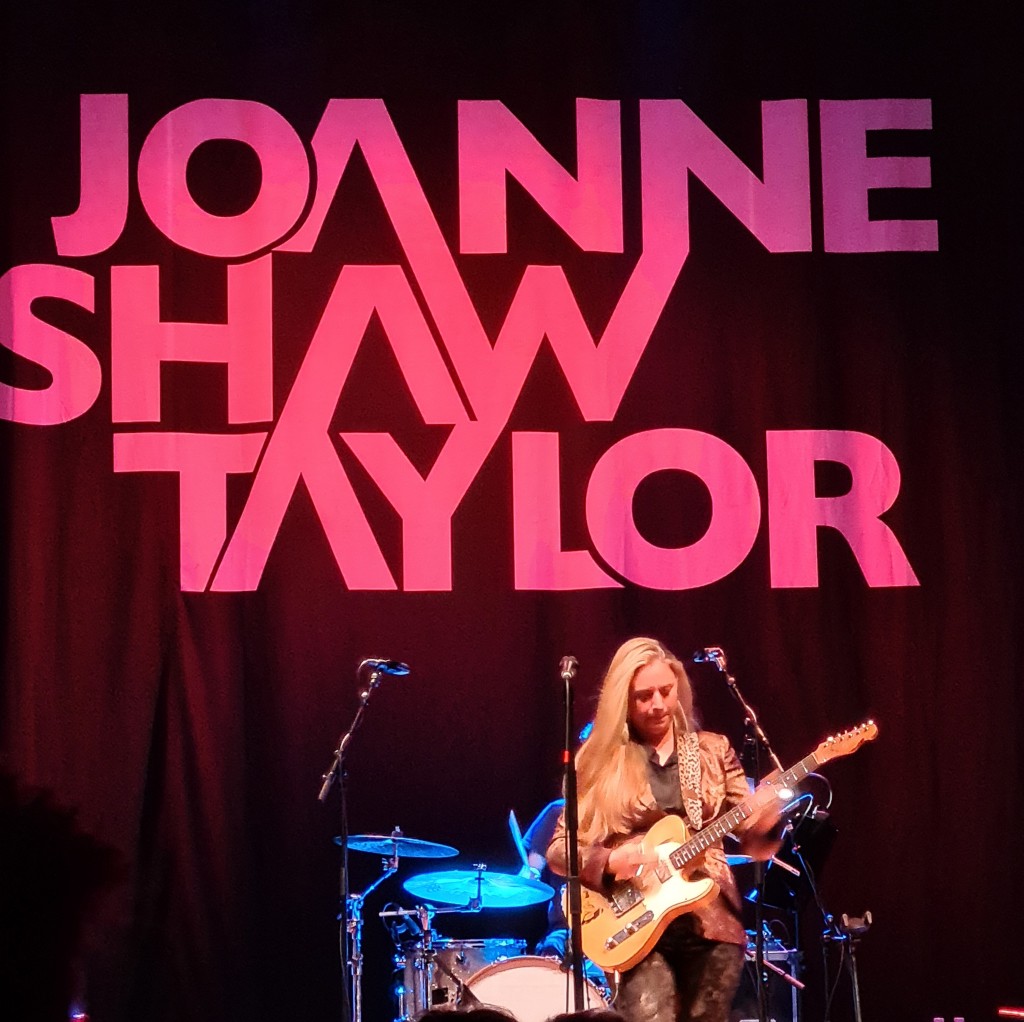 Toby Lee is a prodigious talent. At 17 years old he is touring his own four-piece band with two albums and an EP already on the racks. As a star of the School of Rock West End production, he played to 40,000 people at BBC Proms In The Park. ‘Hotly-tipped blues guitarist’ might be an understatement after garnering 350 million views of his appearance as a 10-year-old at BB King’s blues club and being anointed by that ubiquitous saviour of blues-rock, Joe Bonamassa.

That’s a lot to live up to. But given the way he has already lived a fair proportion of his tender years in the spotlight, it comes as no surprise that at a busy Shepherd’s Bush Empire he delivered an assured, professional and entertaining set.

Known best as a virtuoso guitarist, Toby fronted his new band with aplomb, and showcasing a fine set of pipes to boot. He is an affable, polite young man and any moments of awkwardness around the stage will soon be ironed out. Material mostly came from his eclectic 2021 debut album ‘Aquarius’. The standout track in a short set was ‘The Search for Happiness’, a slow-burn, lengthy blues composition that gave Toby a platform to indulge. He showed no lack of confidence in taking the music right down to play a barely audible series of quiet picks that even silenced the chatter by the bar.

Up-beat rockers such as ‘Take The Wheel’ with a beautifully set up solo and ‘Real Love’ picked up the tempo and gave the polished band something to get their teeth into. Oli Brown on second guitar, an accomplished bluesman in his own right, contributed plenty of sharp licks to complement the smooth tones coming from Toby’s Gibson 335. Wayne Proctor on drums also brought plenty of class, having a cv that includes King King, Ben Poole and plenty of others.

Set closer was the most dynamic track on view, a visceral version of Jeff Healey’s ‘See The Light’, lifted from the new ‘Icons’ covers album. Toby threw in a truck-load of distortion and was at his most animated. He visibly lifted the energy levels and struck a chord with the crowd. We’d love some more of that, please. There’s a long and fruitful career path laid out for Toby Lee. Tonight was all about taking steps in the right direction.

Joanne Shaw Taylor is also going places. I haven’t caught JST live since her support slot for Wilko Johnson six years previously, almost to the day, at Kentish Town Forum. A lot has changed. Not just the rising profile on the back of almost annual album releases and headline tours. There’s a whole lot more to the progression.

From curtain-up (figuratively speaking) Joanne was exuding a swagger and charm new to these eyes. She was bossing the stage, having a cheery word with each band member in turn and smiling, grinning and waving: generally having a ball.

Even more relevant, the voice was stronger than previously. The first eight tracks here came from last year’s ‘The Blues Album’. That collection of covers seemed to project her vocals more than earlier releases. And she was able to repeat in a live arena those husky tones that have now mellowed into a characterful, emotive delivery. As if to underline her burgeoning confidence at the mic, one of the tracks covered tonight was the laid back ‘If You Gotta Make A Fool of Somebody’ by none other than Aretha Franklin. Bold, you might think. She nailed it though. 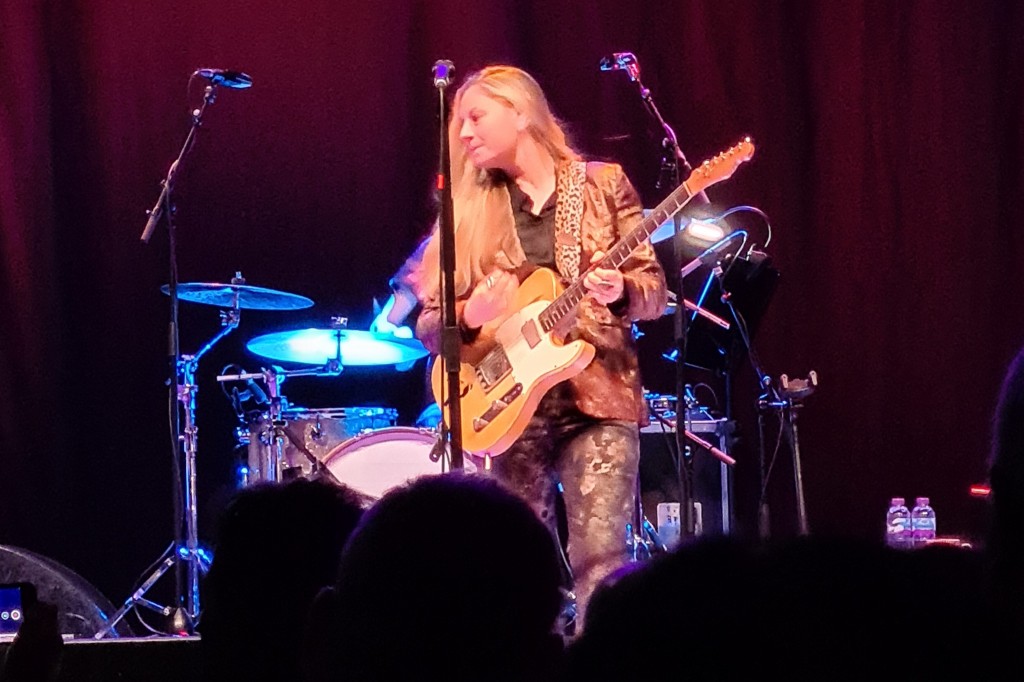 Opening up with a tough, hard-edged version of Peter Green’s ‘Stop Messin’ Round’, JST was immediately into her stride with the guitar, too. Her talent in that department has always been eye-catching. Trade mark fluid playing gave way to a more funky tone on ‘If That Ain’t A Reason’.

The audience reception was initially warm, rather than effervescent. The stalls were given over to rows of temporary seating, unusual for the Empire, and it seemed to impact on the atmosphere early on. I took my seat, which rocked in the literal sense, rather than the musical interpretation, and I soon decided to stand by the bar where the mood was more liberating and easy going.

Next up was ‘Keep On Lovin’ Me’, which showed off a smooth vocal performance and a few flourishes on guitar that were reminiscent of that Mr Bonamassa, who co-produced the album. The studio versions feature horns and brass, but Dorian Ford on keys did a great job of filling out the live sound with some Memphis touches of his own. The rest of the band comprised Michael Bradford wielding an excellent second guitar, James Edmunds behind the drums and Steve Lehane on bass. 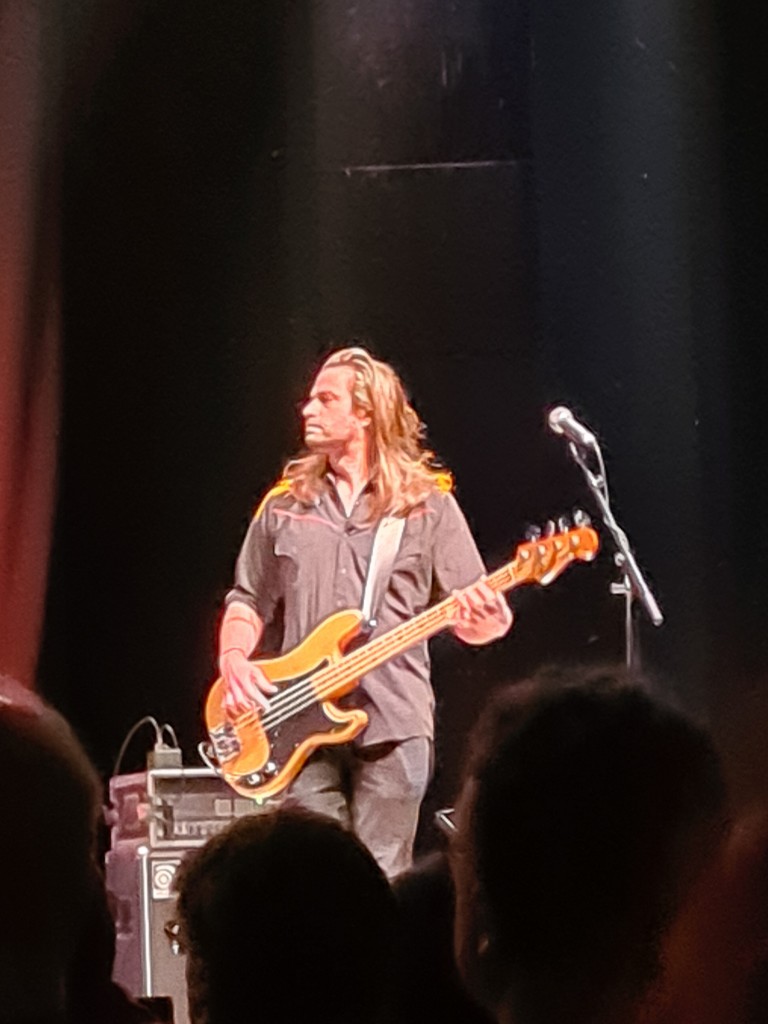 Albert King’s ‘Can’t You See What You’re Doing To Me’ was an early highlight. Lehane’s pumping, marauding bass drove a sumptuous rhythm with Joanne unleashing a fiery extended solo to wrap up the track. While due respect is paid to JST’s vocal performance, at the end of the day it is surely all about those moments where she finds notes and phrases on the guitar that quicken the pulse and stop the heart.

Introducing ‘Two Time My Lovin’’, JST said that she had chosen the track for the album and loved the song, though she was at pains to point out that the sentiments in the lyrics about a woman continuing to date a man who had been unfaithful to her were ‘absolute bullshit!’ This raised a mighty cheer and affirmed that there was plenty of girl power afoot. The crowd was warming up. 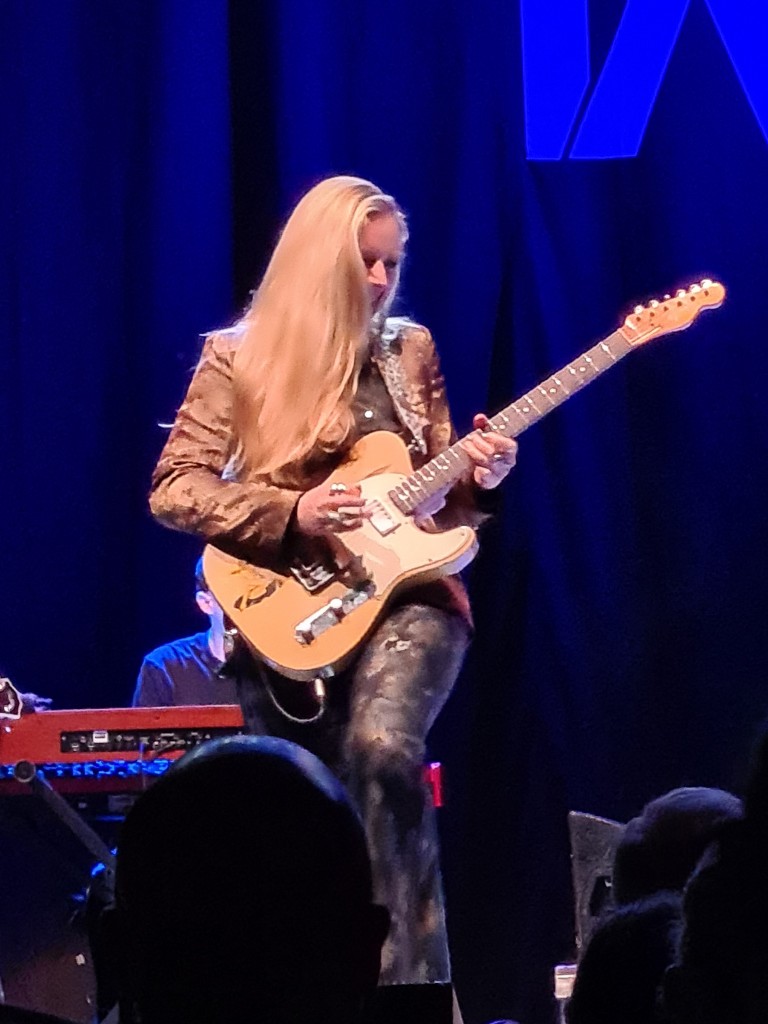 ‘Let Me Down Easy’ and the old time, piano-fired blues of ‘Three Time Loser’ closed out the select choices from the covers album.

Plundering the older material, ‘Dyin’ To Know’ stamped a quick-fire, muscular marker on proceedings and then followed with an antidote in the mellow, funk-infused shape of ‘Just Another Word’. The ebb and flow of a carefully planned set list. 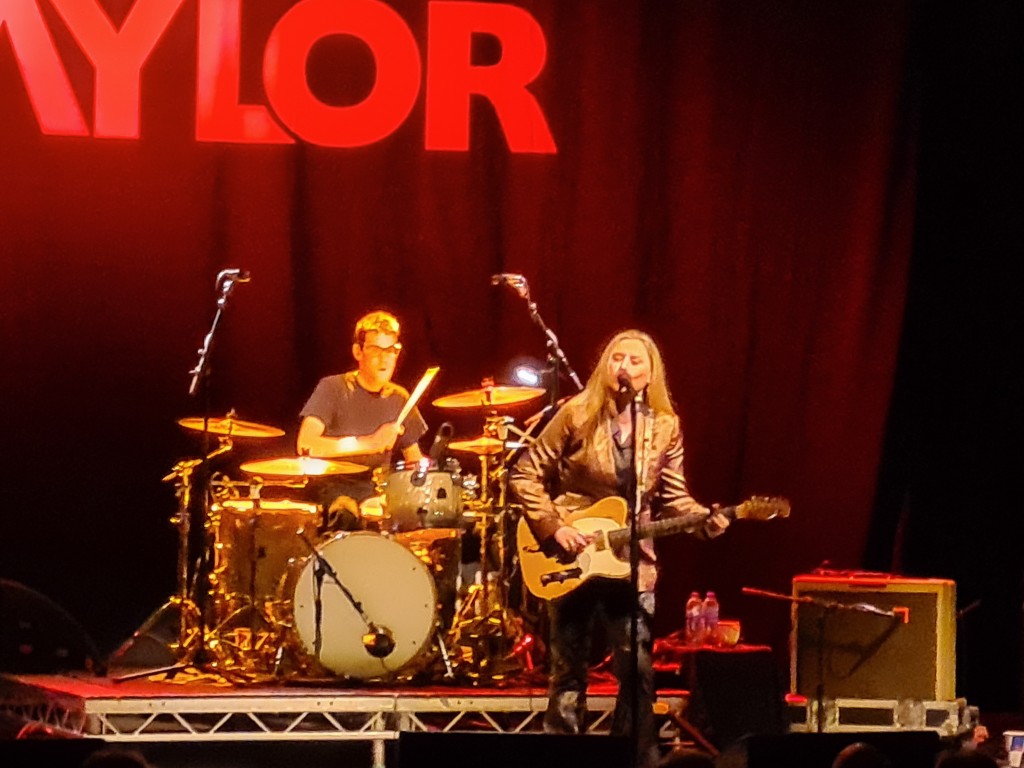 ‘I’ve Been Loving You Too Long’, a smouldering emotional juggernaut with a killer instrumental passage moved the show into the red zone, heralding a duo of mini-epics with the crawling, grinding blues of ‘Watch ‘Em Burn’ and the soloing landslide of ‘Time Has Come’. Both from JST’s 2009 debut album and played with a Gibson Les Paul for a dirtier, earthier tone. Everything before and after was wrung out on the trusty Telecaster.

Punters were on their feet by now and the home run was delivered perfectly via the brilliant, colossal ‘Mud, Honey’, segueing into the instrumental ‘White Sugar’ in a pure adrenaline rush. Topped out by a furious ‘Bad Love’ with lyrics ‘Ain’t nothin’ but a heart breaker/Soul shaker/Time waster/All you’ve got to give is bad love’ delivered with real feeling.

After a short pause, the band was back to finish up with ‘Going Home’ and the job was done in great style. A polite welcome at the start of proceedings had been replaced by a whooping and exuberant finale. Joanne Shaw Taylor had exceeded already high expectations with a well-made, mature and magnificent gig.