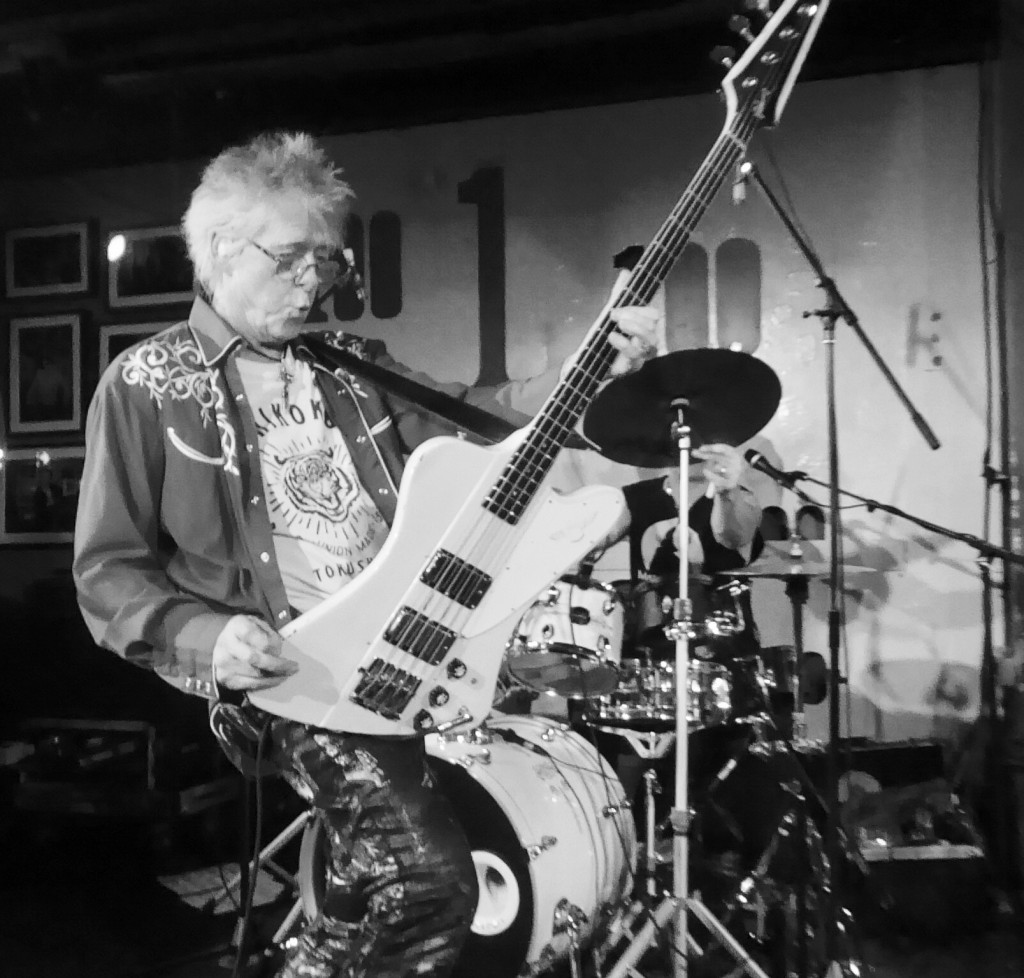 For the last few years founder Wishbone Ash member Martin Turner and his band have been gradually revisiting a series of the band’s classic seventies albums in their entirety. When touring activity resumed last autumn, they finished off the pre-pandemic ‘Pilgrimage’ tour, so this showcasing of 1973’s ‘Wishbone Four’ had been eagerly anticipated a good couple of years after first being announced.

It’s an album that occupies an unusual place in Wishbone history. At the time it was a critically reviled successor to their landmark ‘Argus’ album which meant they never again attained the same commercial and critical heights. They made a conscious decision to avoid a ‘son of Argus’, instead mining a variety of other musical styles from hard rock to country, but despite a flat production it is highly regarded in hindsight by many Wishbone fans. 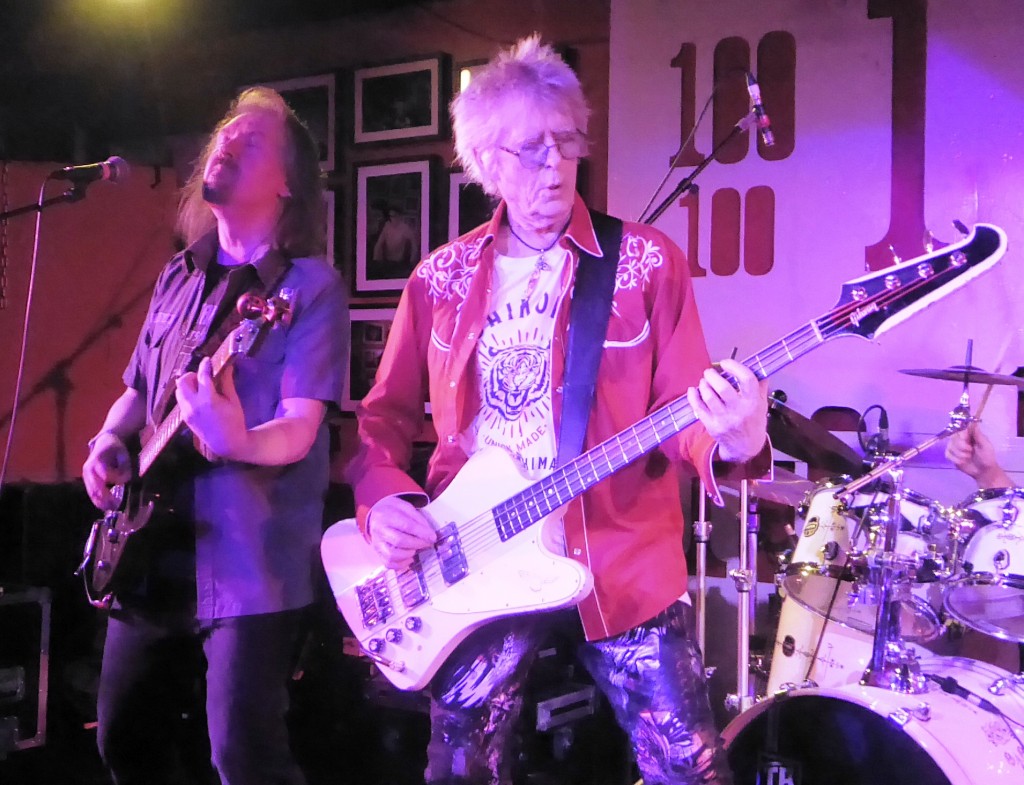 However this was a tour with a difference, as ‘Argus’ marks its 50th anniversary in 2022, so both albums were played in full. I had assumed that ‘Argus’ would form the second set considering it contains the majority of their classics and crowd pleasers but instead it kicked off the evening.

The 100 Club crowd was unexpectedly packed, including a good proportion of overseas fans where I was stood, and the cheering more raucous than I am used to with either of the two acts playing the band’s music. 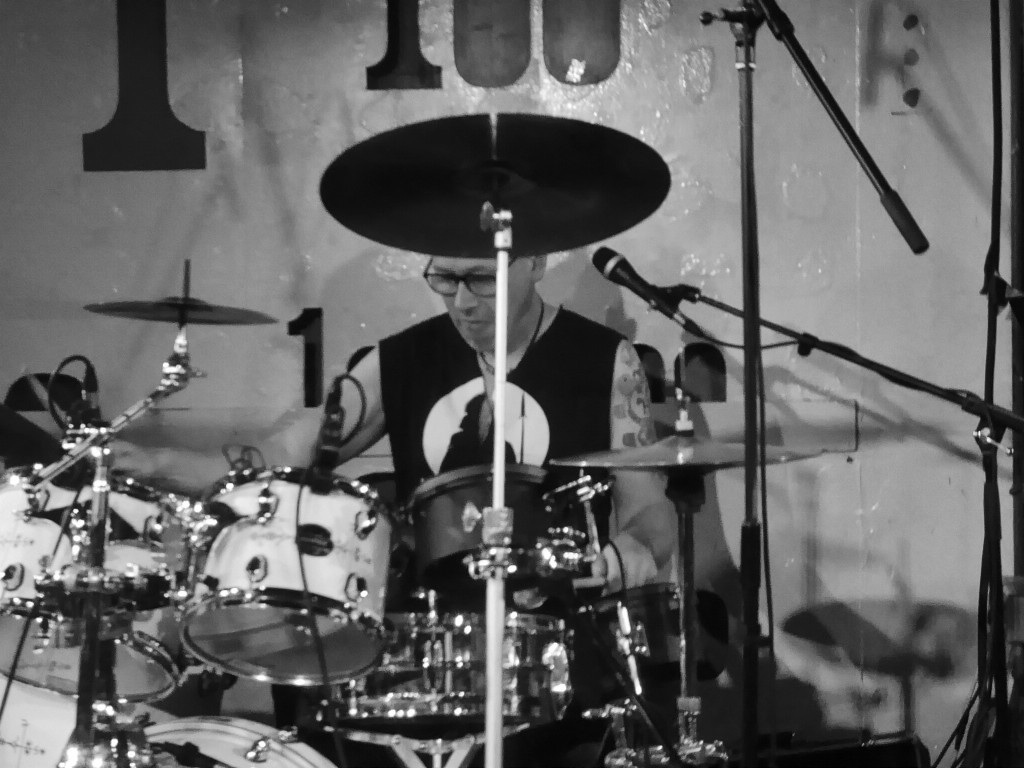 Having been played in full on numerous tours over the years, there were never likely to be any surprises. That said, the wonderful light and shade of the album was epitomised by opener ‘Time Was’, Misha Nikolic adding acoustic guitar and Tim Brown’s cymbals and hi-hat work delightfully subtle, before a crashing drum intro to the faster second part. The solos of Danny Willson were outstanding both on that song and also ‘Sometime World’ and ‘The King Will Come’, doing justice to the originals, before Misha belatedly took the spotlight  from his harmony twin on a beautiful ’Leaf And Stream’.

Both shone on ‘Warrior’, despite a brief interruption when the sound came through the wrong monitors, before it segued into its counterpoint ‘Throw Down The Sword’ with that unusual twin guitar climax brilliantly delivered. Then, saved to last as a jaunty song among the more serious compositions of the album, ‘Blowin Free’ made for a lively atmosphere. 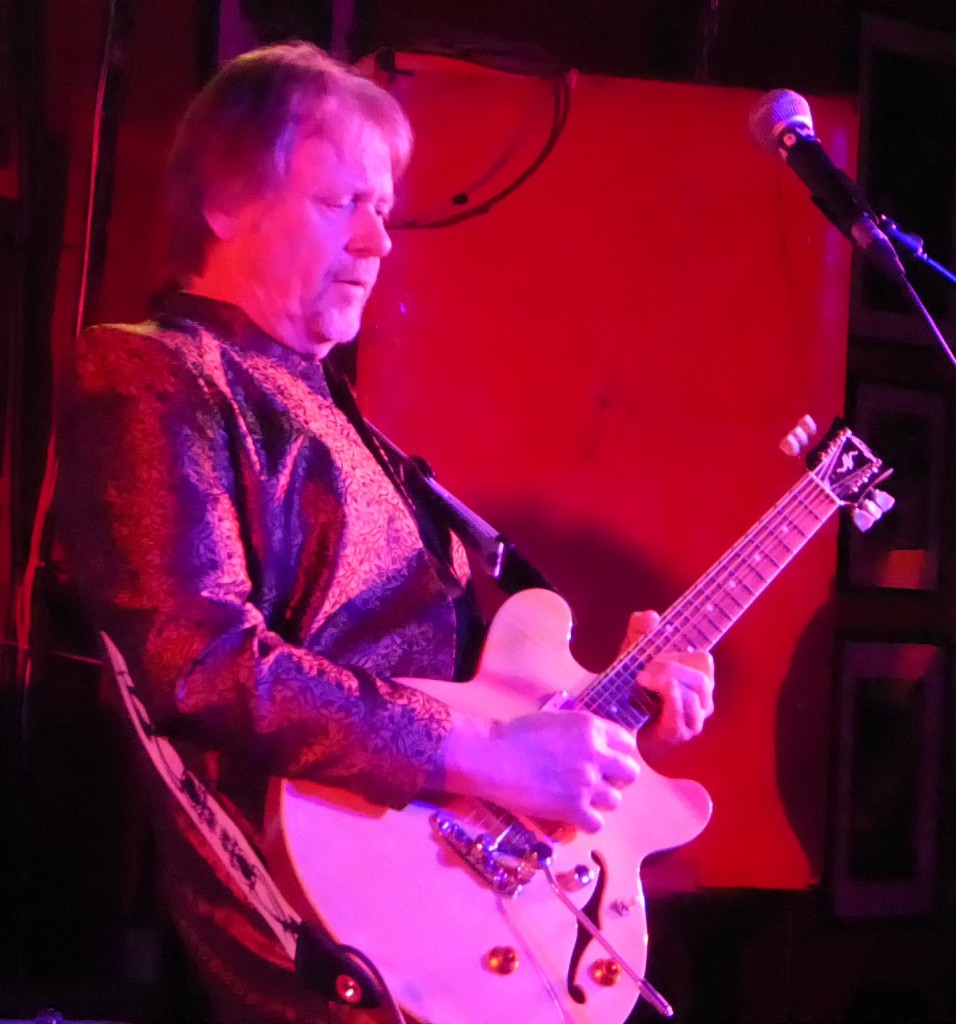 The way Martin’s bass intertwined with Danny’s closing solo on slide was just one of the recurring reminders that his melodic basslines, almost like a third lead instrument, were such a big part of the band’s sound.

Still looking the rock star at 74 in his red western shirt, patterned strides and artfully tousled hair, he introduced the origins of most of the songs and despite having seen him countless times, there were a few new stories or spins on existing ones that suggested that ‘an audience with’ type evening of his stories and anecdotes would be great entertainment.

At times his voice was showing clear signs of wear and tear, but the support of Danny and Tim helped recreate Wishbone’s vocal harmonies, which at their best on the earlier albums were as exquisite as their guitar ones, if less well known. 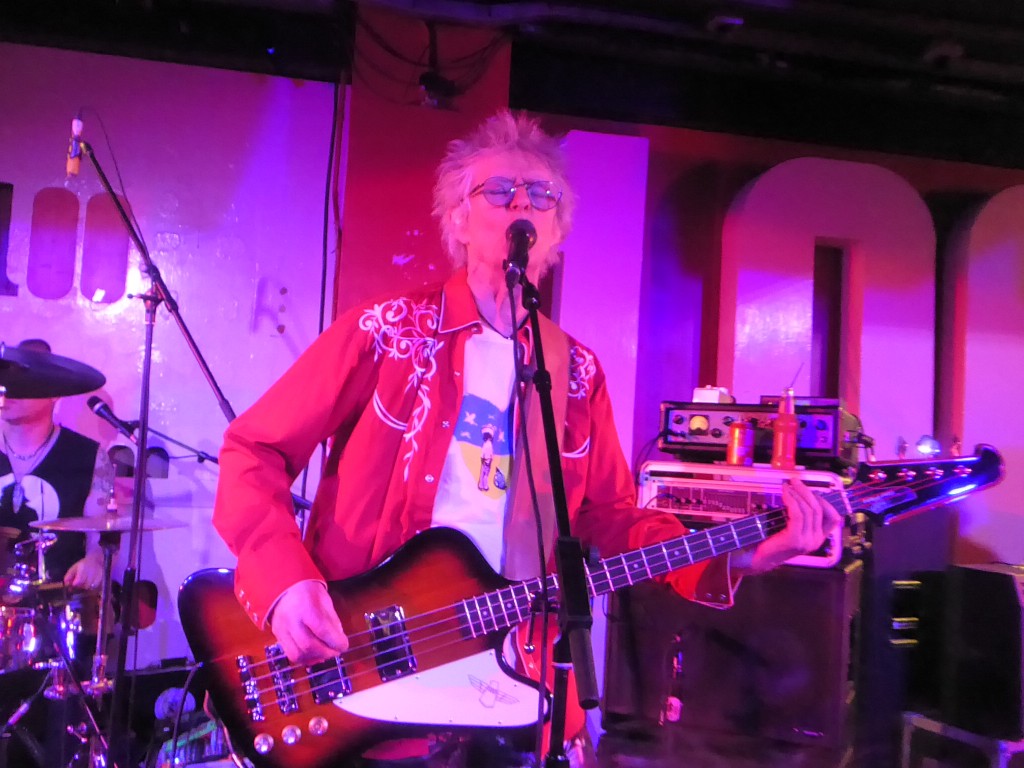 After the interval came the moment those who count ourselves Wishbone diehards were more curious to hear with a rendition of ‘Wishbone Four’, beginning with one of the tracks that has seen little live action over the years in ‘So Many Things to Say’, Martin fairly spitting out the vocals (which were allegedly inspired by a riposte to his first wife), equally aggressive slide guitar work from Danny and a surprisingly funky mid-section.

‘Ballad Of The Beacon’ with Martin and Danny sharing the vocals and Misha excelling on guitar was more recognisably Wishbone in its seventies folkiness and kicked off four relatively gentle numbers in a row, including the lengthy ‘Everybody Needs A Friend’, and ‘Sorrel’ (perhaps the only gardening-inspired song in rock other than the Kinks’ ‘Autumn Almanac’?) lifted by some beautiful trademark twin leads. However ‘Sing Out The Song’ has not improved with hindsight despite some tastefully restrained country-ish slide from Danny. 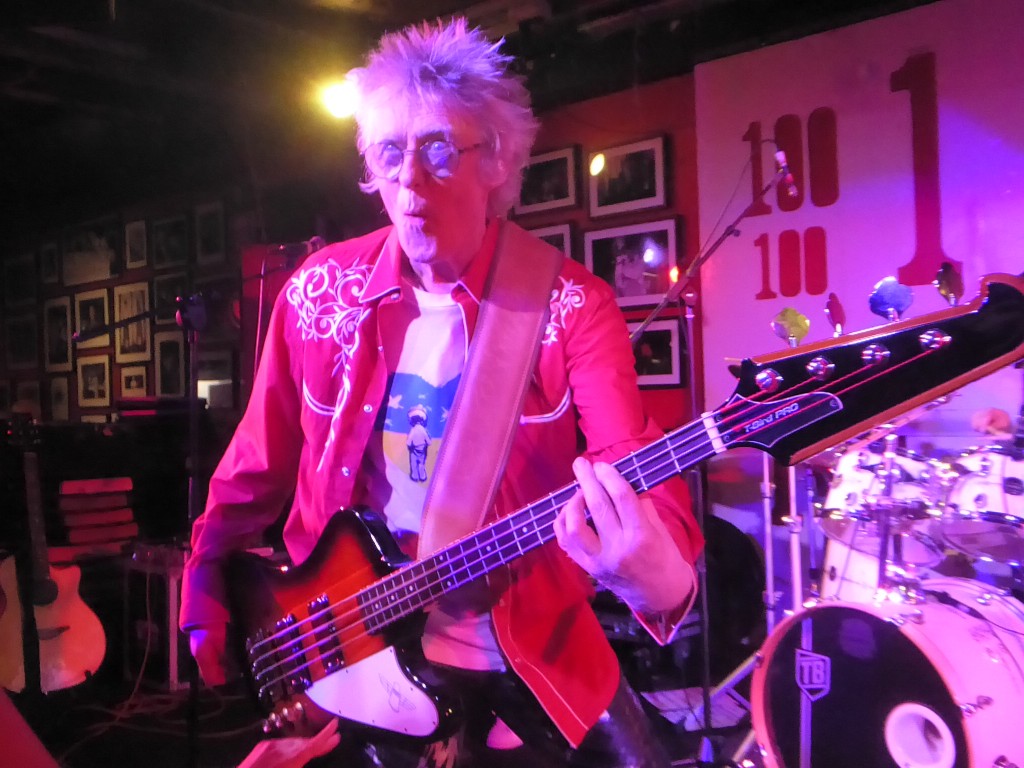 Tweaking the album order, the best was left to last, starting with the rattling boogie of ‘No Easy Road’ with more twin guitars which I had no idea was a No. 1 in New Orleans; and ‘Rock And Roll Widow’ with Danny both singing and combining with Misha on some brilliantly subtle atmospherics building the tension into his final slide guitar solo.

Finally, after the well worn tale of a faded beauty queen exiled to the young Turner Brothers home of Torquay, ‘Doctor’ saw Martin’s basslines intertwining with the two guitars that fizzed in splendidly aggressive fashion, the harmony twins finally having decided it was safe to allow their leads to trail along the 100 Club’s notoriously wide and narrow stage. 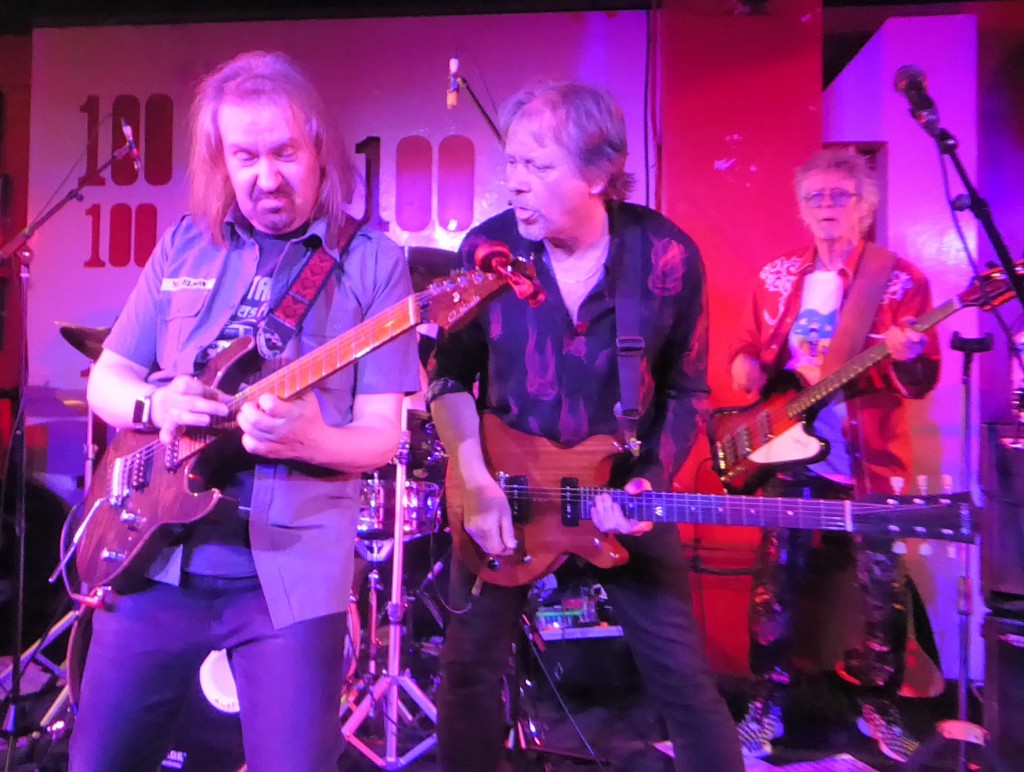 I espied a setlist that listed four possible encores, but there were time for only two – a solitary dip into the ‘Mark 2’ Wishbone catalogue as Danny shared vocals with Martin and guitar solos with Misha on ‘You See Red’ and the usual twin guitar boogie of ‘Jailbait’, complete with audience participation, band intros and concluding with Martin’s Essex girl joke that surely every fan has heard too often by now?

It all made for a memorable evening of Wishbone music in the hands of a founder member and his talented colleagues, really showing the benefits of the most stable line-up since Martin returned to live music.  Both an undeniable classic album and an unfairly neglected successor, taken together, were an excellent demonstration of the charms of this underappreciated band. 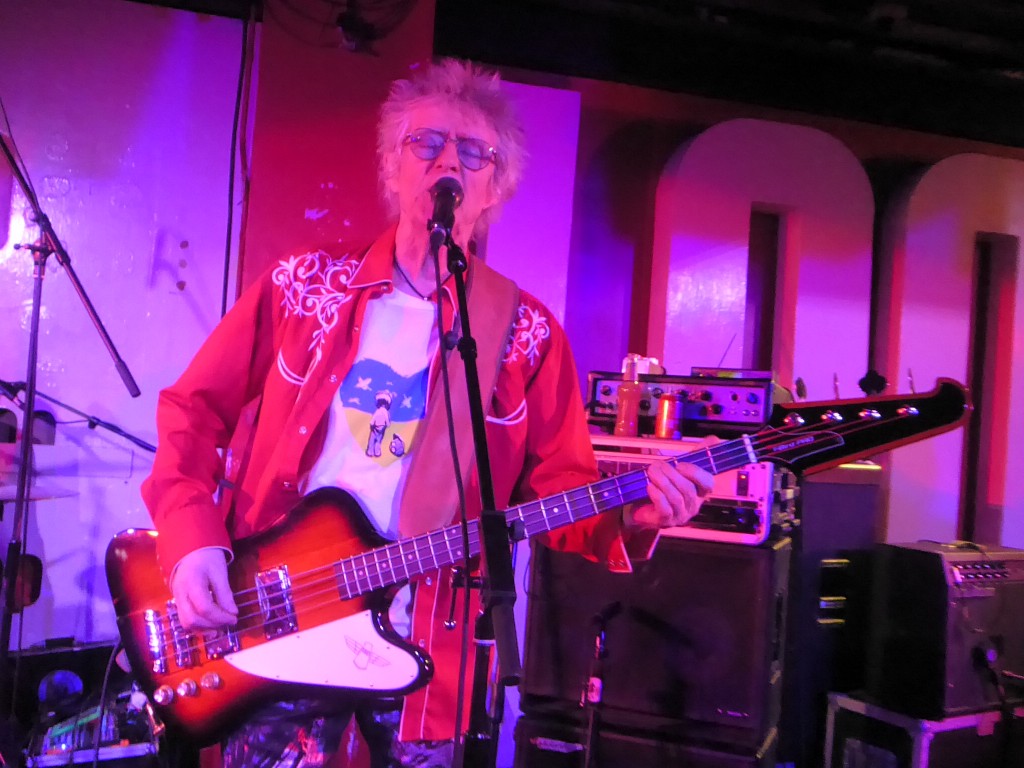