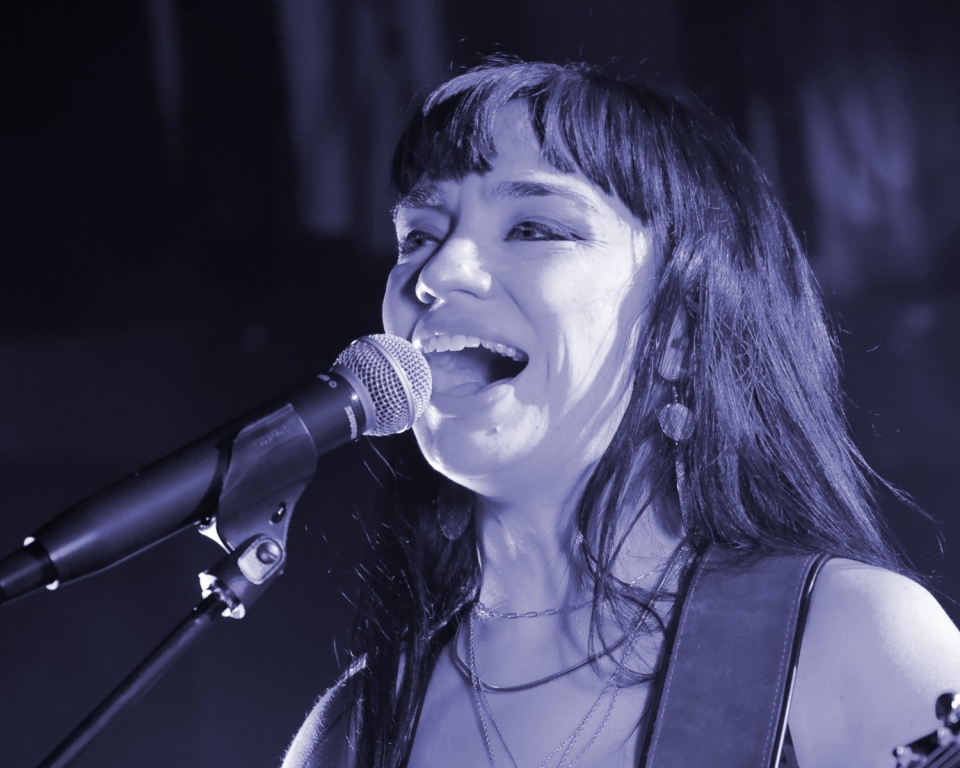 Not many can say this about themselves, but When Rivers Meet arguably had a good ‘lockdown’. The husband and wife team of Grace and Aaron Bond suffered the rotten timing  of giving up their jobs to pursue music full-time just as the pandemic began.

However, proving that it’s an ill wind that blows nobody any good, their live streams proved a huge hit, while they released two albums in fairly quick succession.  Now, with gigs restored- and expanded to a touring four piece-  they seem to have built a substantial following as a result,  with several dates on the tour sold out and a very healthy crowd for the London show at the Garage. 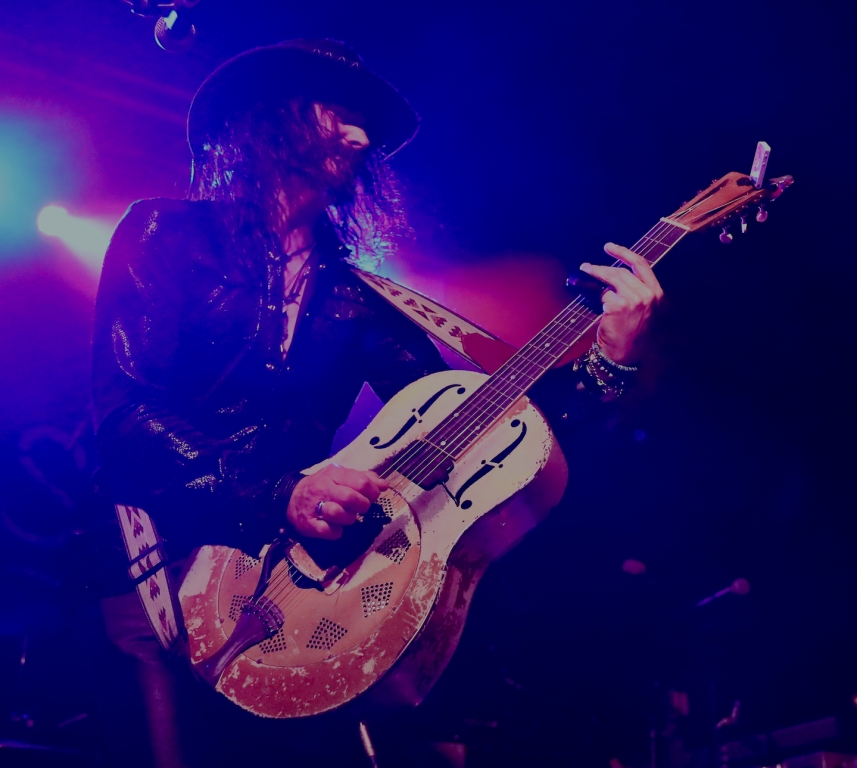 Troy Redfern provided support and the lack of a band (though his drummer was in the crowd) could not prevent the six stringer from giving everything,  playing dirty riffs and solos on a couple of vintage resonator style guitars, more often than not on slide, complemented  by his rough hewn voice.

After opening with ‘Scorpio’ with its catchy ‘tables have turned’ chorus, he showcased tracks from his recent ‘The Fire Cosmic’ album such as ‘Waiting for Your Love’ and ‘Sanctify’ but a good chunk of a short set was a supercharged interpretation of ‘Voodoo Chile’. Having seen this one-man set a couple of times now it piques my interest to see how these songs come over with a full band. 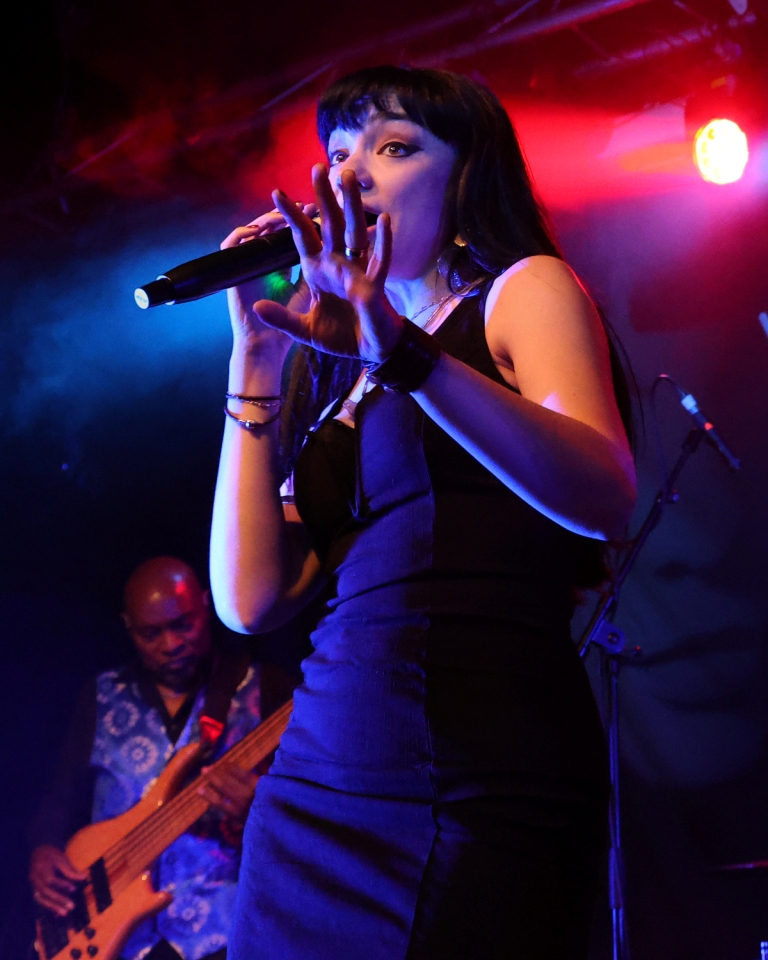 When Rivers Meet opened with one of their better-known songs in ‘Did I Break The Law’ and interestingly the tone and approach of Aaron Bond’s raw and rhythmic slide guitar playing was very similar to Troy Redfern’s.  ‘Walking on a Wire’ saw him complemented by Grace playing slide on mandolin, a combination I must admit I had never seen before.

The pair combine well, with Grace’s voice powerful and expressive, occasionally breaking into a falsetto, with Aaron adding vocal harmonies, while as characters they were easy to warm to, Grace radiating a nervous wide-eyed excitement with Aaron her dry foil. The natural chemistry the best couples have adds to the enjoyment and it is easy to see why their live streams were such a hit. 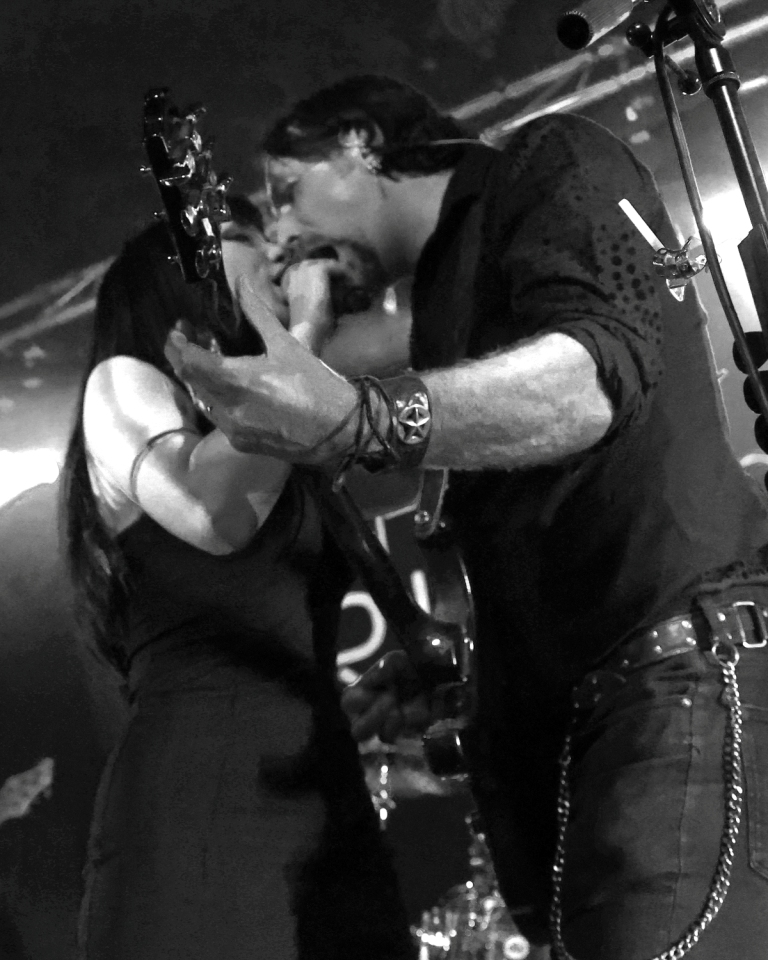 Folk influences permeated ‘My Babe Shows That He Loves Me’ (and reminded me of a similar husband and wife duo in the Black Feathers), then after the Planet Rock playlisted ‘Battleground’ they took down the pace down entirely with ‘Don’t Tell Me Goodbye’, sparse and with the two vocals combining beautifully.

However the raunchier numbers predominated, including ‘Lost and Found’,  inspired by a mutual love of Thunder  in the pub where they met (and maybe a pitch to follow in King King’s footsteps as a bluesier support to South London’s finest).  Like Troy Redfern, Aaron came across strongly as a guitar buff,  and a three stringed cigar box guitar was a favourite of his and indeed the crowd. 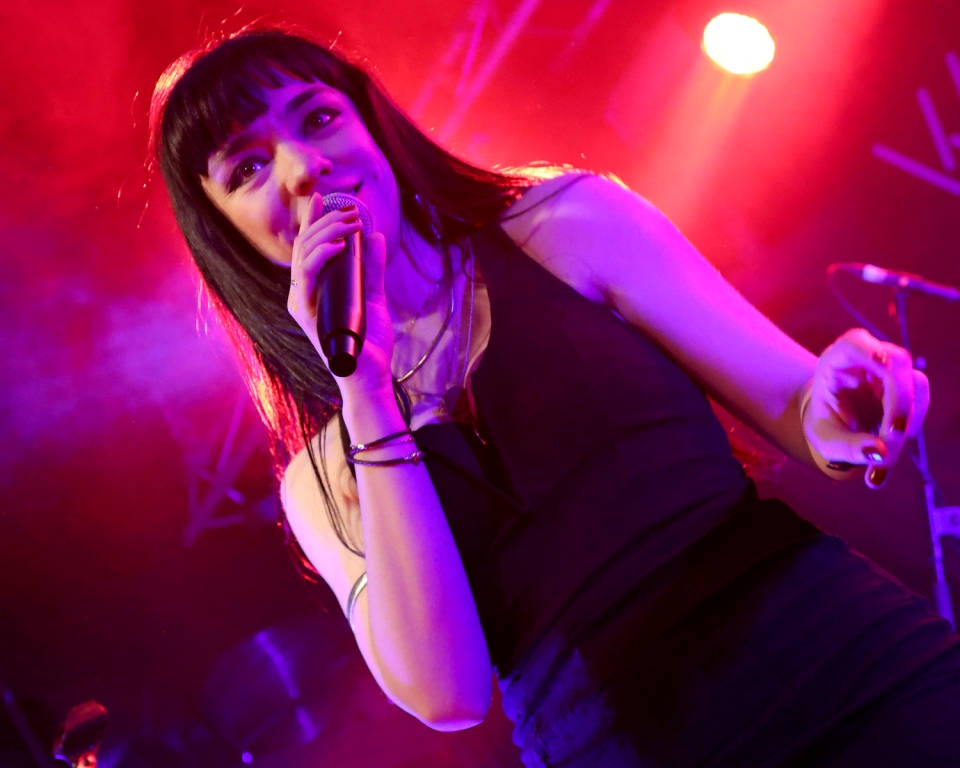 Grace, meanwhile, added a further dimension to the beautifully haunting folk of ‘Bury My Body’ by playing violin, though her skills on the instrument were also put to use on a number of the more up tempo numbers.  Drummer Jamie Fox then played keys on an equally fine ballad ‘Tomorrow’.

Fan favourite ‘Friend of Mine’ led into a lengthy ‘We Fly Free’, as Grace disappeared into the crowd and the new rhythm section of Jamie and Roger Inniss were given the opportunity for a lengthy jam. 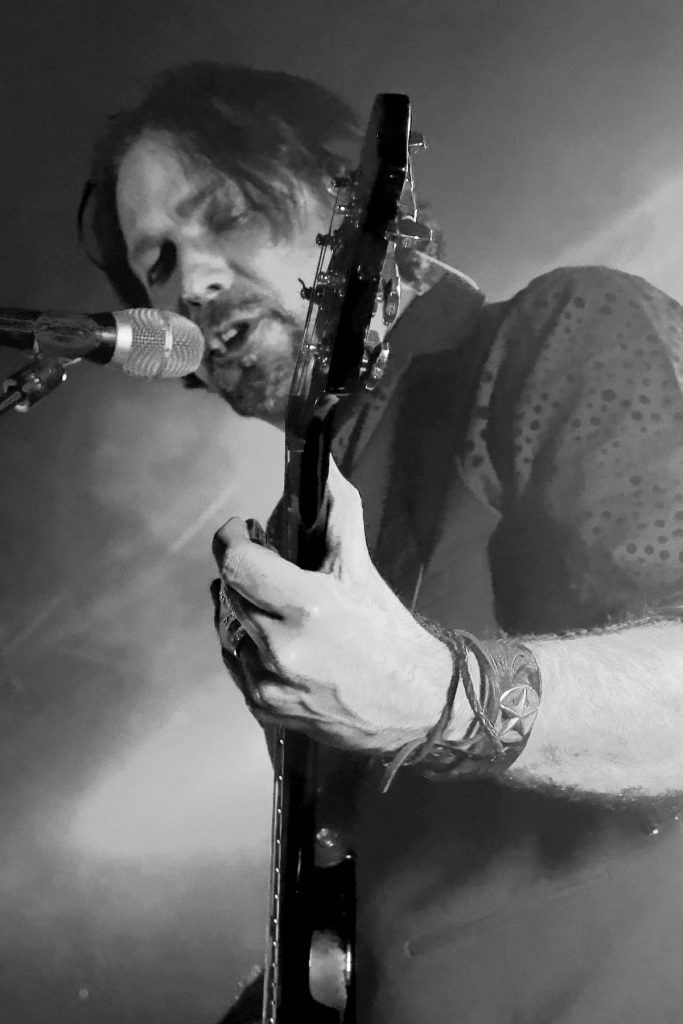 In style I found  WRM very different to the musical virtuosity and lengthy guitar solos that we more normally associate with the blues rock genre. Indeed, their approach of simple repeated riffs and rhythms would be more akin to more contemporary acts influenced by the blues such as the Black Keys.  It was therefore all the more incongruous quite how advanced the average age of the crowd was and I wondered if their marketing strategy should be skewed towards a younger audience.

However for my money they saved the best for a closing and somewhat more conventional quartet, ending the main set with the insidious hook of ‘Kissing the Sky’, and ‘Want Your Love’ with its ‘oh-oh’ chant undercurrent.  Then, of the encores, ‘Never Coming Home’ was the closest to a traditional melodic verse and chorus structure and ‘Testify’ the most out and out rocking number. 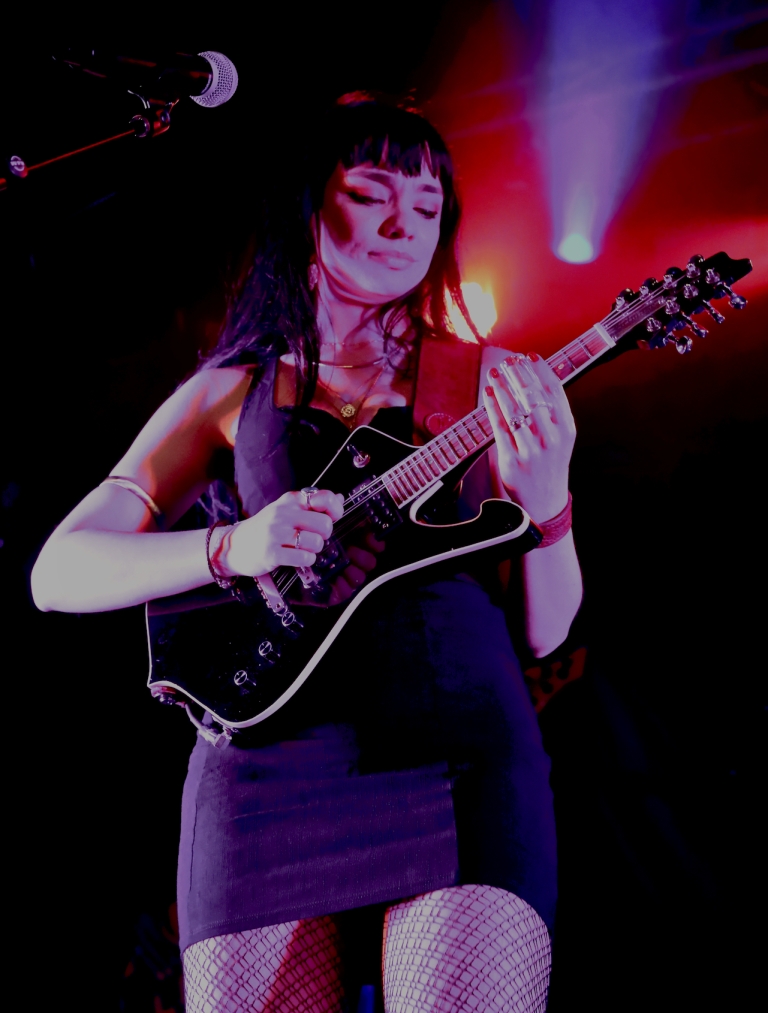 What was impressive is that for a new-ish band they crammed in 18 songs in just over an hour and a half. Offering something original and different from the norm, and with both talent and a winning personality, my first live experience of When Rivers Meet was an extremely favourable one.

Photos by Les Linyard (except where indicated)