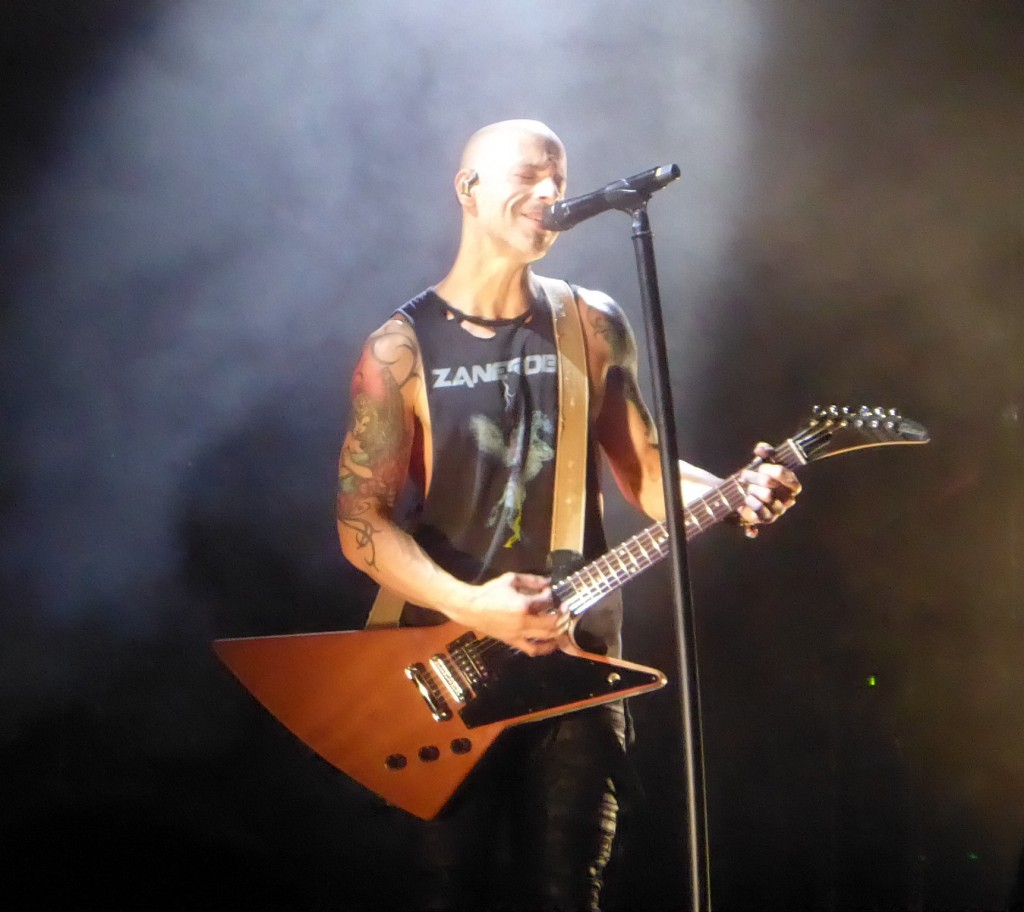 Though not as big as in the USA, former American Idol contestant Chris Daughtry and his eponymous band have gradually built a following in the UK, to the extent that previous London shows had been at the Roundhouse and Hammersmith Apollo.

So it was somewhat a surprise that he announced a one-off London date at the 800 capacity Islington Assembly Hall as part of a brief European tour, which also saw an appearance at Download, where inconveniently he was on at the same time as musical bedfellows Shinedown. Here the 1930s venue was packed to the gills and combined with the start of a mini heatwave this meant a few casualties and the side doors had to be opened. 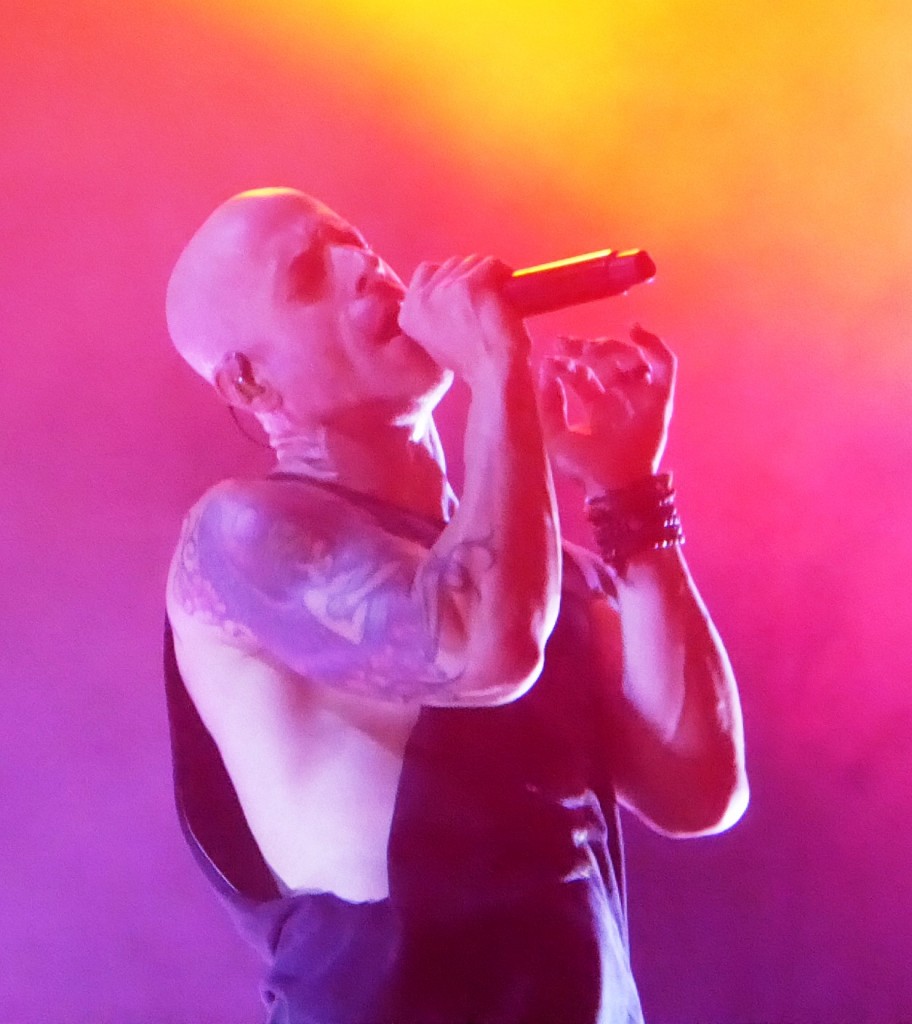 His (their?) musical history has been a chequered one – after a first three albums of stirring radio-friendly modern rock, perhaps sensing changing musical trends, the subsequent two saw a poppier, guitar-led  approach that left me cold. However my curiosity was piqued by hearing a couple of new songs last year that constituted a return to his roots, and indeed the resulting album ‘Dearly Beloved’ is probably the consistently heaviest he has yet done.

No less than the first six numbers were from the album and though the rather sprawling, hook-free ‘Desperation’ opened the night, as on the record, ‘World On Fire’ – featuring an intro delivered with a loud hailer was extremely convincing and ‘Change Is Coming’ and the title track showed off the heavier direction. It was also noticeable that lead guitarist Josh Steely who I sensed had become increasingly marginalised had regained his mojo- and his hair had grown to match. 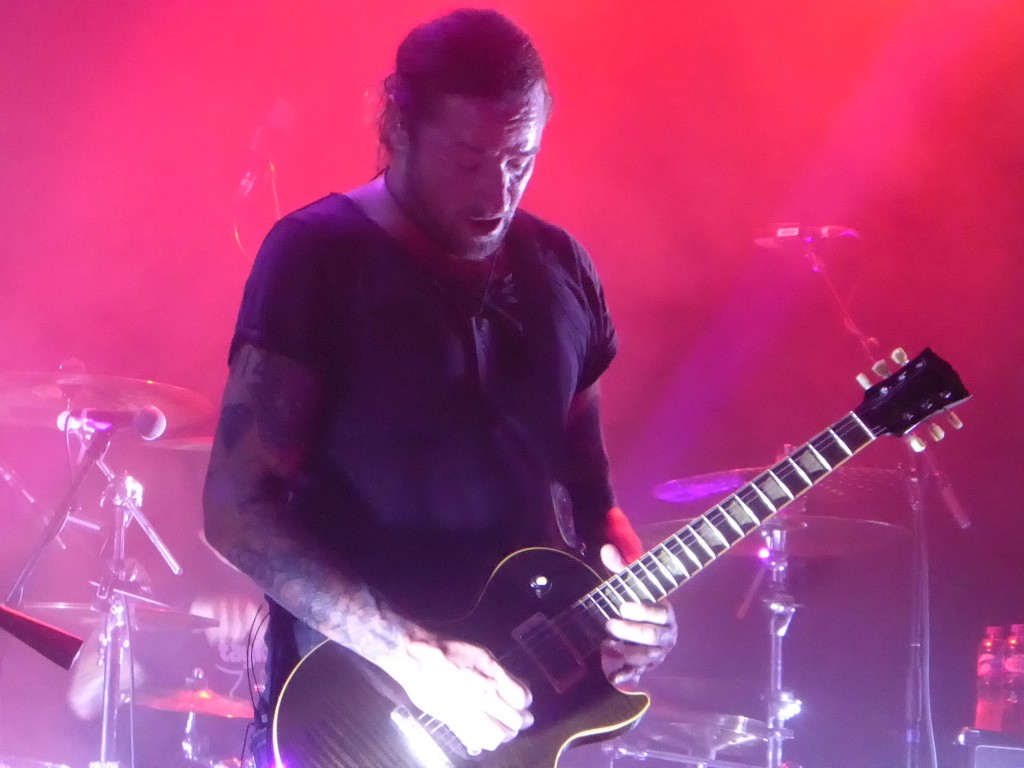 However it was hard for the solid but anonymous band members to get much of a look in, bathed in darkness much of the time while bright spotlights were on the lean, shaven headed frontman. He is a charismatic figure with a strong voice whose sonorous tones while speaking mean that people hang on his every word.

The pace was unrelenting until a couple of solo numbers in ‘Cry For Help’ and finally an old song in the  gorgeous melodies of ‘Waiting For Superman’ (one of the few good songs from his ‘Baptized’ album), before the first of those anthemic  favourites from his multimillion selling debut in ‘Its Not Over’. 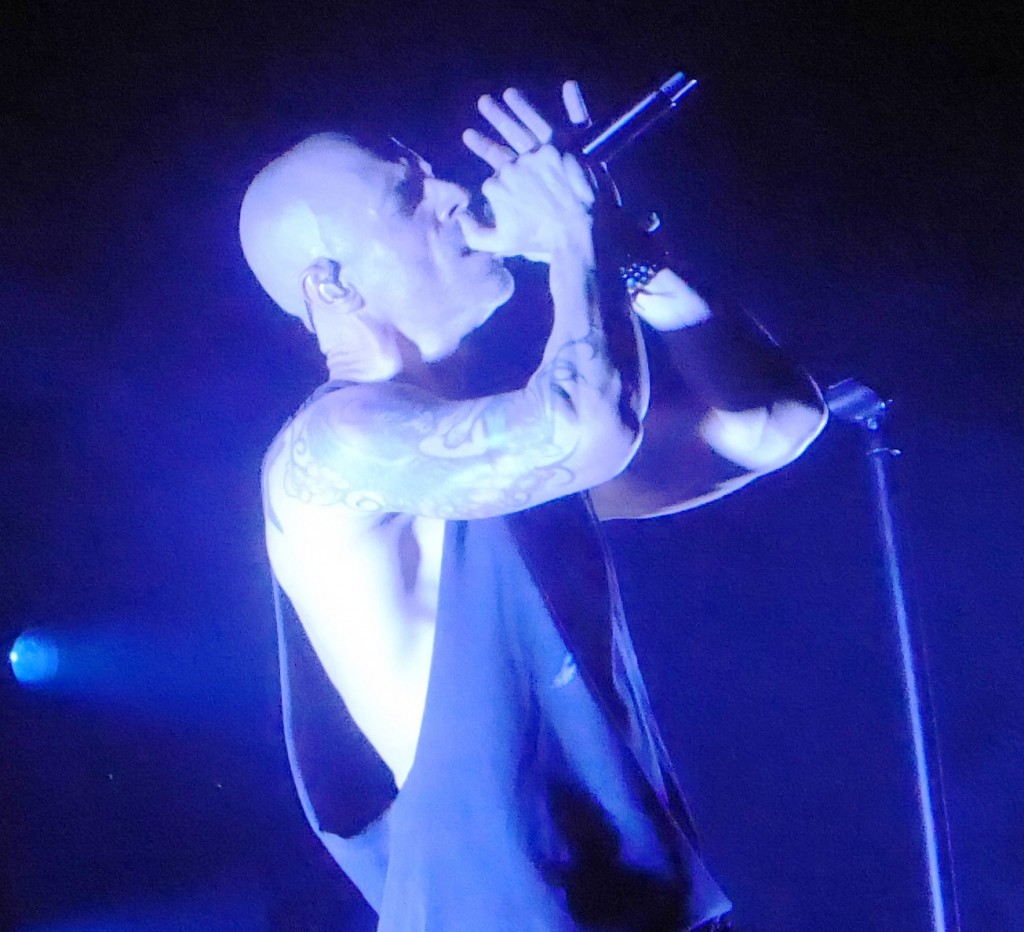 However it was then back to newer and more intense material, such as ‘The Victim’, and the song that had initially revived my interest in ‘Heavy Is The Crown’ packed a substantial punch especially in a spectacular band ending,  before an old favourite in ‘September’, the crowd taking over from the start, concluded the main set.

He returned alone as ‘Home’ sparked another big singalong before the band kicked in for another of those first album megahits In ‘Over You’, but in a final surprise, he urged people to jump up and down to the Shinedown-ish ‘Asylum’ the heaviest track on the album, indeed probably of the band’s career. At the risk of stereotyping, I suspect many of the predominantly female audience, who looked more of a pop audience to me, might have preferred something rather more melodic and radio friendly. 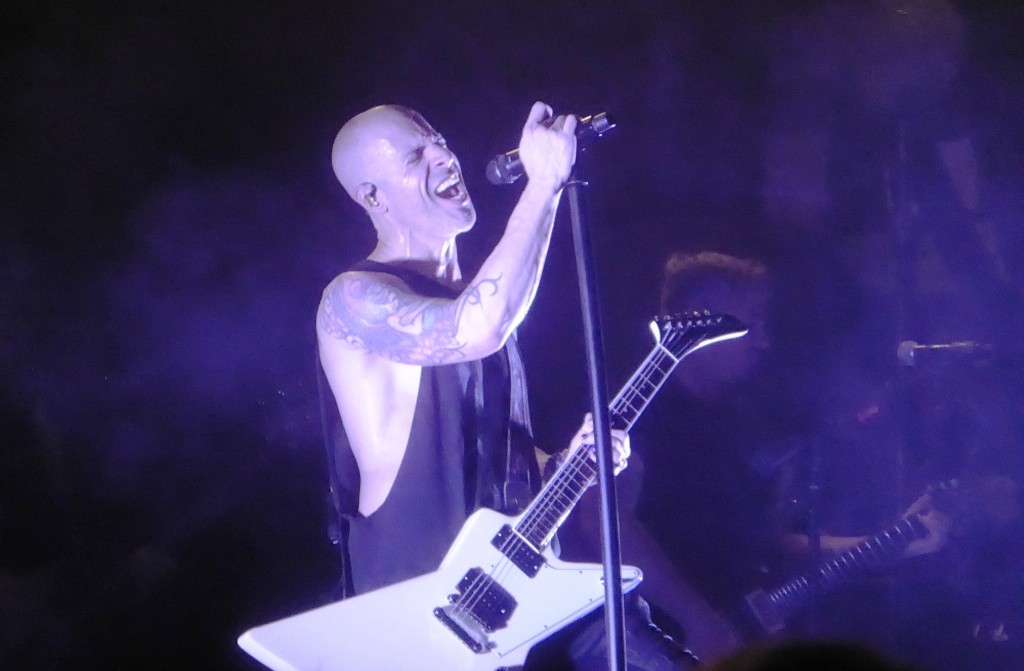 The gig did come with the downside of an excessive focus on the new album- swapping out a couple of the ten tracks for old favourites might have made for a more balanced set. Nevertheless it was nevertheless great to see Daughtry return to rock roots – and a privilege to witness it in such a small venue.