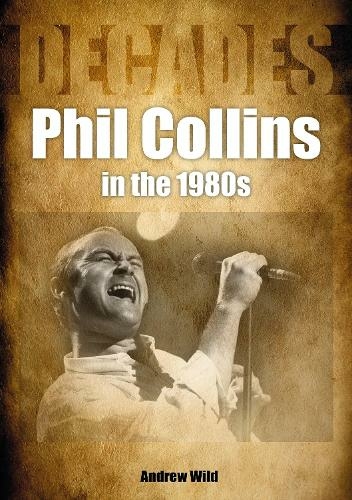 Love him or hate him, there was no getting away from Phil Collins in the 1980’s. Whether it be as a mega successful solo artist, the massive high that Genesis were on, being a great train robber (Collins did a rather good job of playing Great Train Robber Buster Edwards ion 1988 film “Buster”) or that transatlantic Live Aid stunt, he was everywhere. Oh, he also made an appearance in the TV show that summed up the entire 80’s for me – Miami Vice.

Luckily for me, I was a huge fan of all the above and I am not the only one, as the stats speak for themselves.

Those are incredible numbers and are unlikely to ever be bettered in a single decade. Add to that numerous guest appearances and collaborations, plus tours with both Robert Plant and Eric Clapton and you begin to get a fuller picture of Collins’ incredible career.

Author Andrew Wild has managed to capture the entire decade in new book “Phil Collins in The 1980s”, and just about every fact and bit of information that you could require can be found within it pages, in fact I do not believe that he has missed a thing as this is just about as thorough and comprehensive as it could be. ****