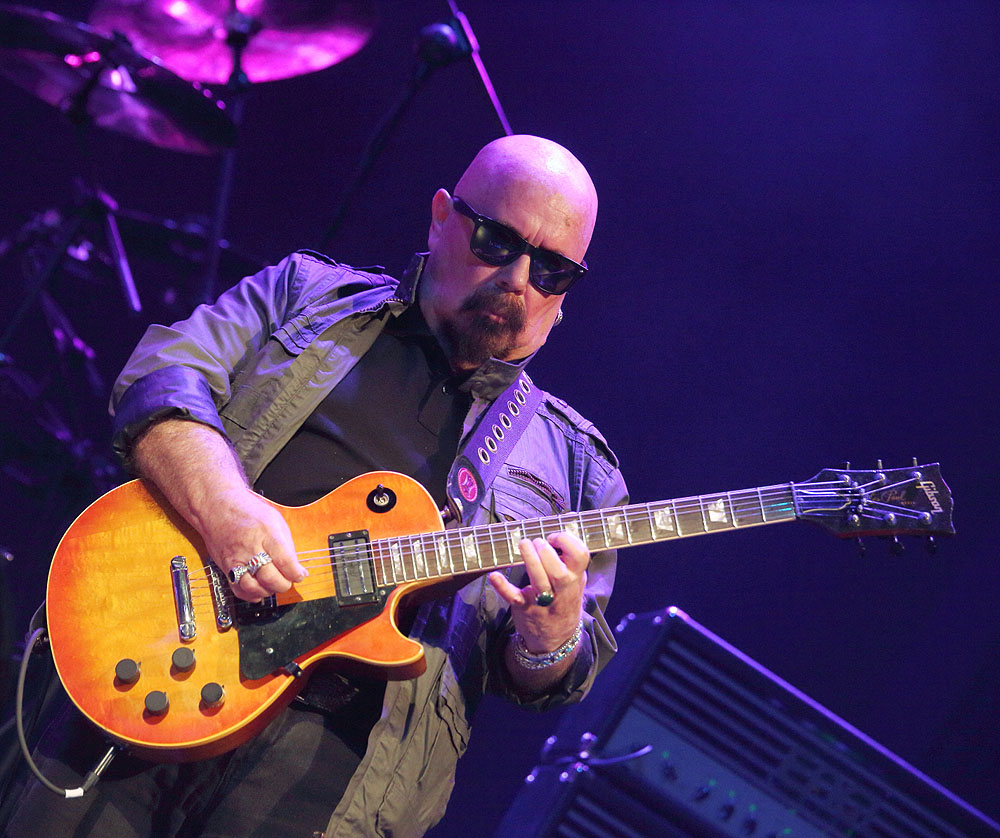 Bryan Adams releases his latest album, ‘So Happy It Hurts’, on March 11.

Alter Bridge enter the studio next April to start work on their new album.

Big Big Train will release a brand new studio album, ‘Welcome To The Planet’, through their English Electric Recordings label on January 28.

Albert Bouchard, founding member of Blue Öyster Cult, will release the next part of his Imaginos trilogy, ‘Imaginos II – Bombs Over Germany (minus zero and counting)’ on 21 October. Eric Bloom, Donald “Buck Dharma” Roeser and Joe Bouchard all guest on the album.

David Bowie’s ‘lost’ album ‘Toy’ will be released on January 7.

Elvis Costello and The Imposters release their new album, ’The Boy Named If’, on January 14 via EMI/Capitol Records.

Depeche Mode will release an expanded version of their 1989 documentary film ’101 ‘ on December 3.

The Gathering will release their first studio album in almost a decade, ‘Beautiful Distortion’, in early spring 2022 via Psychonaut Records.

Hawkwind have a six-disc box set, ‘Dust Of Time: An Anthology‘, released through Atomhenge/Cherry Red on December 10. It will be the first compilation to cover all eras of the band’s history from 1969-2021.

King Crimson release a new live album,’ Music Is Our Friend (Live in Washington and Albany, 2021)‘, through DGM on November 19.

King’s X will release their new album next year.

Sharon Lazibyrd releases her second album, ‘Scrolling Back’, on December 3.

Lillian Axe are the lead signing of new label Global Rock Records, launched by The Store For Music. They will release the band’s new album ‘From Womb To Tomb’ plus re-issue the band’s back catalogue.

Magnum (pictured) release their new album ‘The Monster Roars’ on January 21 via SPV/Steamhammer.

‘CHESS’ is Bernie Marsden’s follow-up album to the chart-topping, ‘KINGS’, which was released earlier this year. ‘CHESS’ is released by Conquest Music on November 26.

Meat Loaf is planning to release a new EP, including a song written with the late Jim Steinman. He is also planning to tour again in either 2022 or 2023.

Nestor release their album ‘Kids In A Ghost Town’ on October 22.

Of Mice & Men release their new album ‘Echo’ on December 3.

Plush release their self-titled debut album on October 29 and head out on tour as support to Evanescence and Halestorm.

The Pretty Things ‘Live at the BBC’ 6CD box set is released via Repertoire Records on November 26.

InsideOutMusic have signed Symphony X guitarist Michael Romeo, for the release of his upcoming album ‘War of the Worlds, Part II’ on February 4.

A 30th anniversary, expanded edition of Roxette’s ‘Joyride‘ album is released on November 26.

Sabaton will release their new album, ‘The War To End All Wars’, on March 4 via Nuclear Blast.

Bruce Springsteen duets with John Mellencamp on ‘Wasted Days’, which is off the forthcoming album from Mellencamp due next year.

Arjen Lucassen has announced that he will release a new Star One album, ‘Revel In Time’, through InsideOut Music on February 18.

Tears For Fears release their first new album in seventeen tears. Called ‘Tipping Point‘ it will be released through Concord Records on February 25.

The Three Tremors - Tim “Ripper” Owens, Harry “The Tyrant” Conklin and Sean “The Hell Destroyer” Peck - will release their second album, ‘Guardians Of The Void’, on November 5 via Steel Cartel Records.

Donnie Vie releases a new single, ‘Party Time’, on October 15, with ‘The Donnie Vie Collection’ box set due on October 22. The box set contains his five solo albums to date plus a sixth album of previously unreleased songs.

Former Trouble singer Eric Wagner‘s posthumous solo album, ‘In The Lonely Light Of Mourning’, will be released next March.

Liam Gallagher will headline a show at Knebworth on 4 Jun 2022, which will follow the release of his new solo album ‘Cmon You Know’, which is due out on 27 May.

Flotsam & Jetsam will no longer support Accept on their European tour early next year.

British Lion have withdrawn as support to The Darkness on their upcoming UK dates citing “completely unacceptable tour protocols.” Massive Wagons have replaced them.

Mason Hill will support Stone Broken on their UK dates early next year as Phil X & the Drills are unable to travel due to current covid restrictions.

Digital artworks now available from Rodney Matthews via Terra Virtua. Each digital artwork has a unique number, making them collectable and some feature animation, with subtle, yet captivating movements, and, in many cases, they would be progressive, merging from pencil to full colour.

Gigseekr is a live music discovery service with a difference. Download the brand new Gigseekr app from the Apple App Store or Googleplay from 1 November and you can check out listing events from across the UK, stay up to date with the tours, concerts and bands of your choice – all without having to share your personal data.

A new Ritchie Blackmore book by Ross Halfin will be published in December, featuring images from Halfin’s extensive library.

Marillion have invited their supporters to “crowdfund” what is essentially insurance for their forthcoming (November) UK tour.  Subscribers – or “Lightsavers” – will receive their money back if the tour completes but their pledges will help cover overheads if cancelled due to Covid.  Incentives such as signed items and merchandise will still be available even if the pledge money is refunded.

Phil Campbell And The Bastard Sons have confirmed Bootyard Bandits vocalist Joel Peters as a replacement for Neil Starr.

Weapon UK have announced a series of line-up changes with both Jeff Summers and Darren Lee leaving the band to be replaced by Hakan Grant and Andreas Westerlund. Robert Majd will be standing in for bassist Tony Forsythe as he recovers from cancer treatment.

Shane Fitzgibbon will sit in on a temporay basis for L.A. Guns after the depature of drummer Scot Coogan.

Rikki Dazzle is the new bassist in Steel Panther.

Paddy Maloney of the Chieftains