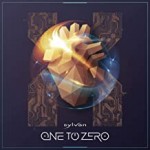 Sylvan are one of Europe’s finest progressive rock bands whose stock has been rising for some time, but particularly since they signed up to the Gentle Art Of Music label run by fellow progressive rock greats RPWL.

Their outstanding album ‘Sceneries’ from 2012 laid down their template of melodic prog rock with a real cutting edge – which has reached its zenith here with one of the best progressive rock albums I’ve heard for some time.

Produced and mixed by RPWL stalwarts Kalle Walner and Yogi Lang, the inevitable comparisons with their stable-mates are bound to be made – and why not? This is a quality to be celebrated rather than disparaged.

Another aspect of ‘One To Zero’ that may fire up the naysayers is that it’s a ‘concept’ album – described by the band as “the autobiography of an A.I. from its own perspective”.

It sounds pretentious, but get past the concept and what lies beneath is a work of real quality and depth, packed out with cracking tunes and exceptional musicianship.

Tracks such as opener ‘Bit By Bit’s ear-worm of a keyboard riff supplemented by exquisite guitar sets the bar incredibly high for the rest of the album to follow – which it matches and frequently surpasses.

There’s great piano work on ‘Encoded At Heart’ and the fragile ‘Unleashed Power’, pounding riffs on ‘Start Of Your Life’ and some tasty violin and blistering guitar on ‘Trust In Yourself’.

Highlights everywhere, but two tracks in particular really push the album into ‘very special’ territory – the anthemic ‘Part Of Me’ is just a great song brilliantly played and ‘On My Odyssey’, for me the album’s high-water mark, has everything that makes a progressive rock track majestic – an “Old Grey Whistle Test” chorus, great vocals, more violin, some nice acoustic guitar and outstanding electric work.

‘Go Viral’ is the single from the album and sounds as you would expect – with heavy rifferama, a high quality synth solo and great guitar work.

‘Not A Goodbye’ winds the album down, literally, with ten minutes of progressive bliss – its chiming guitar arpeggios, stuttering riff and fragile vocals combining superbly to add the finishing touch to an album that will live long in the memory of all those lucky enough to hear it.

If you could compose an album yourself which combined all the elements that make melodic progressive rock so utterly listenable to – this is how it would sound. 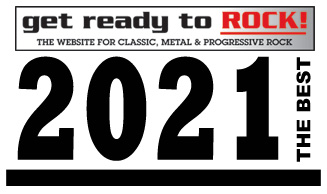