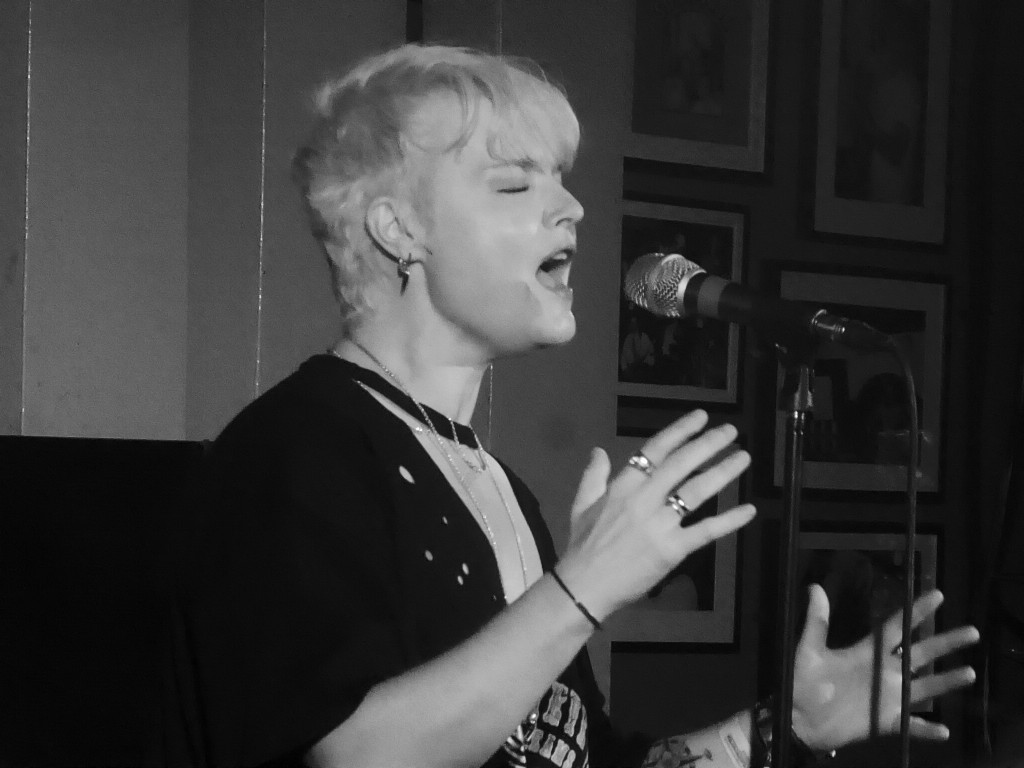 Just before the pandemic struck, one of the artists I was looking forward to seeing more of was Rebecca Downes, a very enjoyable support slot to Brian Downey’s Live and Dangerous at the Underworld proof that she was successfully diversifying from a purely blues pigeonhole into the rock mainstream.

It took longer than planned,  but after festival and support appearances, this was my first chance to see her band headline, on this delayed show which was part of the 100 Club’s prestigious Tuesday night blues club. 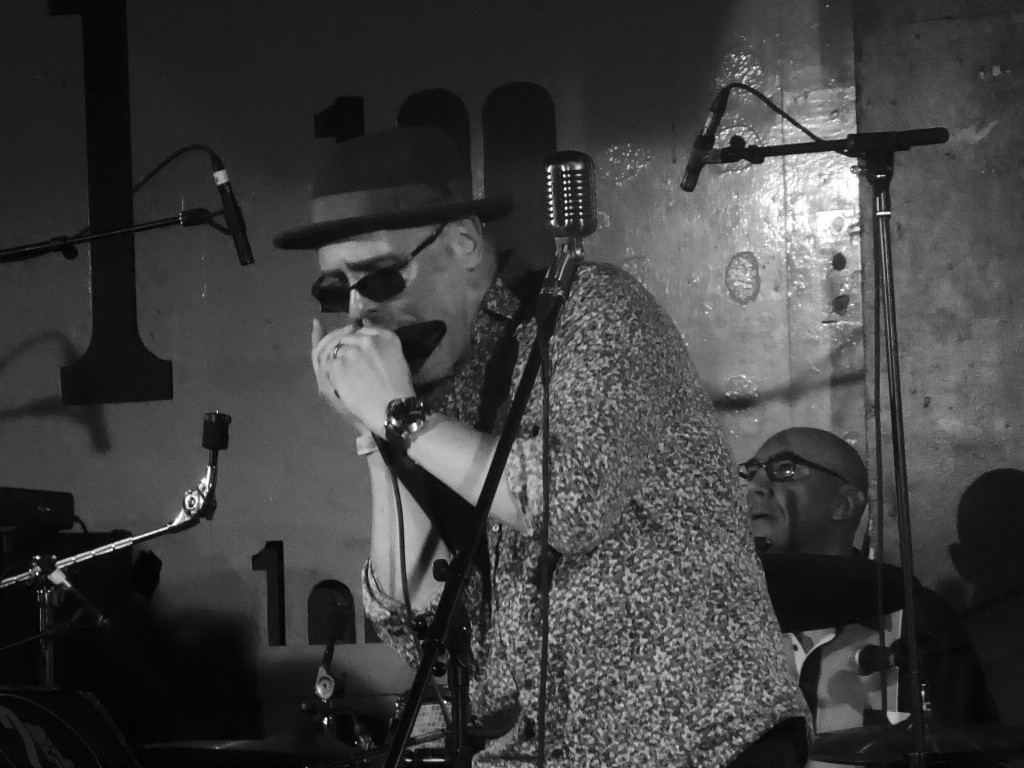 It was as diverse a three band bill as you could assemble, beginning with The 251’s, an Essex based band of mature years playing a mix of swing, jazz and blues, complete with an upright bass player in Cliff Macdonald. Singer Steve Tolton also played some enjoyable blues harp and handed over vocals to drummer Roy Webber for a couple of songs.

While not really my musical bag, they made for pleasant listening, especially when they gradually rocked  up a bit in Chicago blues style for the closing couple of songs.

Though nominally on a blues bill The Mojo Preachers threw a melange of some very different musical influences into the pot. ‘Tattooed Heart’ featured some wonderfully melodic guitar work from Andy Walker, then a cover of ‘White Rabbit’ confirmed the initial comparisons I was forming in my mind between singer Sophie Lindsay and Grace Slick. She did though seem to be struggling, as we all were, with the heat, and some sound problems rather distracted them.

The varied keyboard and synthesiser work of Carl Van Selman  even gave some songs the air of vintage seventies funk or jazz rock while ‘Clouds Rain’ (I think- one gripe was them not introducing the songs as part of a rather distant approach to audience engagement) featured a great battle between keyboard and guitar,  while on a closing cover of ‘I Put a spell on You’, Sophie sank dramatically to her knees. They really grew on me as the set progressed and now I know what to expect would be intrigued to see them again. 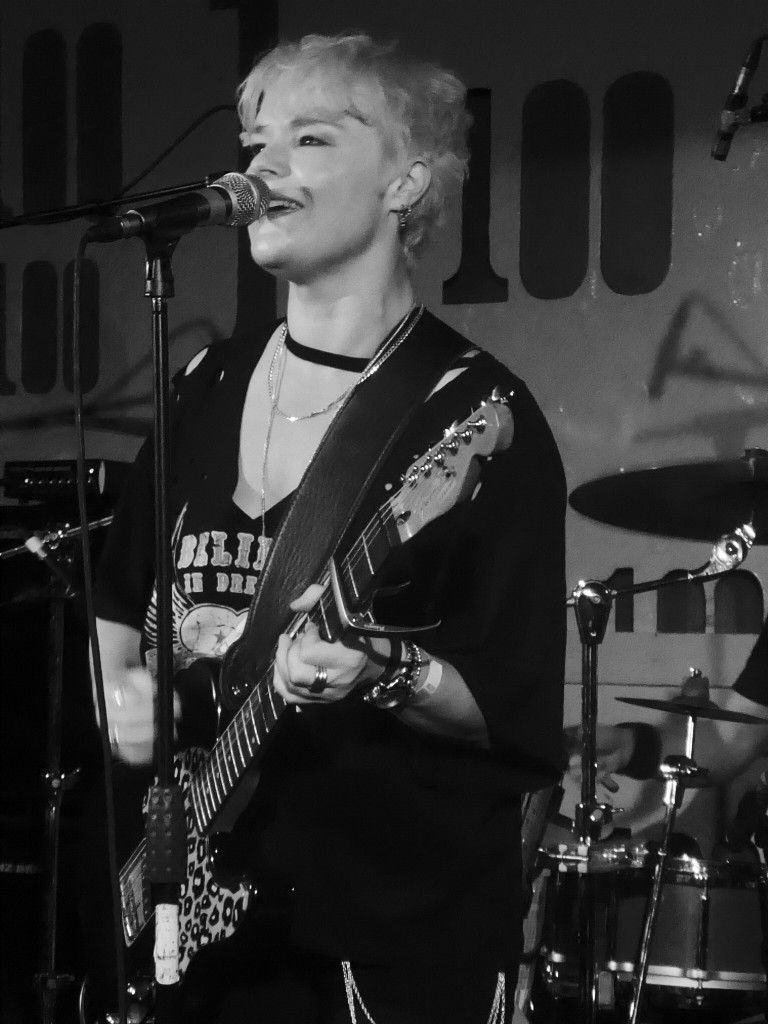 Rebecca Downes was, by contrast, as no nonsense as her earthy Black Country accent and blonde crop as she opened with a trio of numbers from her most recent and rockiest album yet,  ‘More Sinner Than Saint’ in the hard hitting ‘Take Me Higher’ and ‘Wave Them Goodbye’, then the more involved title track featuring some great keyboard and guitar interplay between Nigel Darvill and Steve Birkett. Surprisingly she debuted a new song ‘Lights Went Out’,  one of a few where the latter added the odd gritty vocal counterpoint.

That unmistakable drum intro, in the hands of Neil Ablard, heralded ‘Rock Qnd Roll’, a risky choice of cover not least because of its ubiquity, but Rebecca’s voice lost nothing in comparison with fellow Black Countryman Robert Plant – and this despite her admitting she had a cold, which I hadn’t noticed. Bassist Vince Yarrington also shone on the song before the band successfully turned their hand  to something completely different with a jazzy workout on ‘Fever In The Night’. 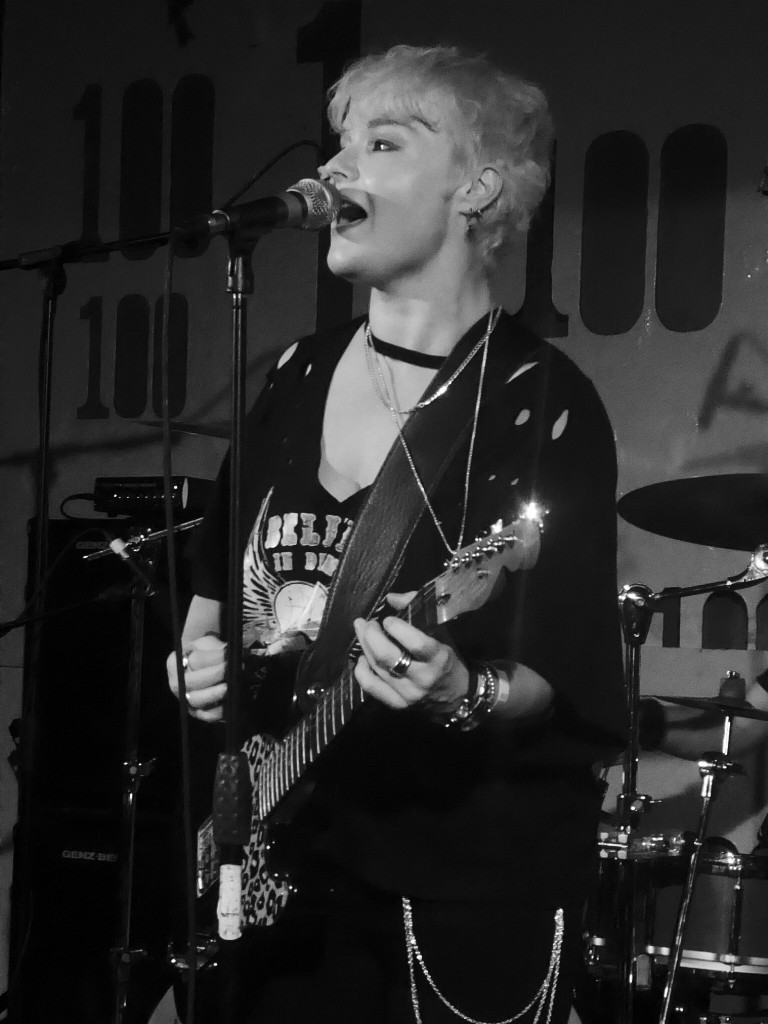 She played a further series of as yet unreleased songs, all of which rocked  - ‘This Is How it Feels’,  apparently written about lockdown, ‘Rattle My Cage’ which reminded me strongly of ‘Crossroads’ and ‘Hold On’, in between Steve replicating the solos played by Tony Clarkin on record on the dreamy ‘Breathe Out’.

Sporting that other West Midlands cultural icon, a ‘peaky blinders’ cap, her long-time guitarist and songwriting partner played an admirably unflashy role, but had a marvellously soulful tone to his guitar work throughout. 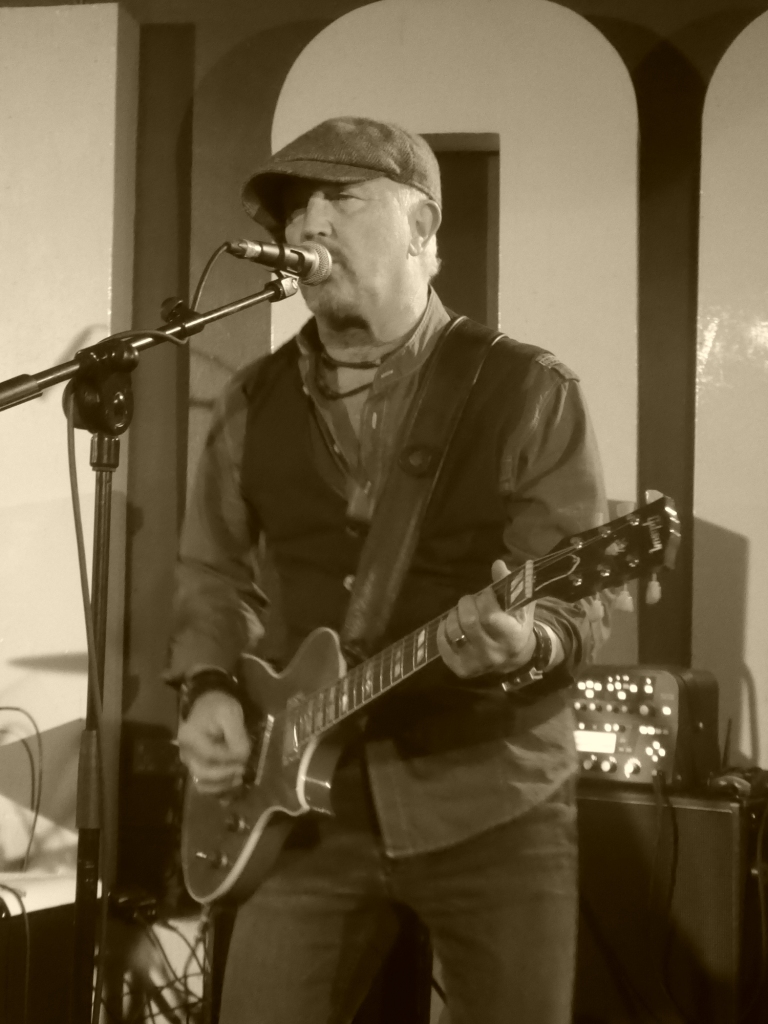 Her best known songs, coming one after the other,  illustrated her musical journey – ‘Hurt’ an out and out rocker that was playlisted on Planet Rock, then the winding, soulful ‘Sailing On A Pool of Tears’ which had attracted Paul Jones’ attention on Radio 2.

There was a second classic rock cover in Free’s ‘Little Bit of Love – ironically which I’d seen covered by Robert Hart and Dave Colwell  on my last gig only days earlier! Unfortunately the constraints of a three band bill eventually took their toll, as what I thought was an unnecessarily tight curfew was sharply imposed. 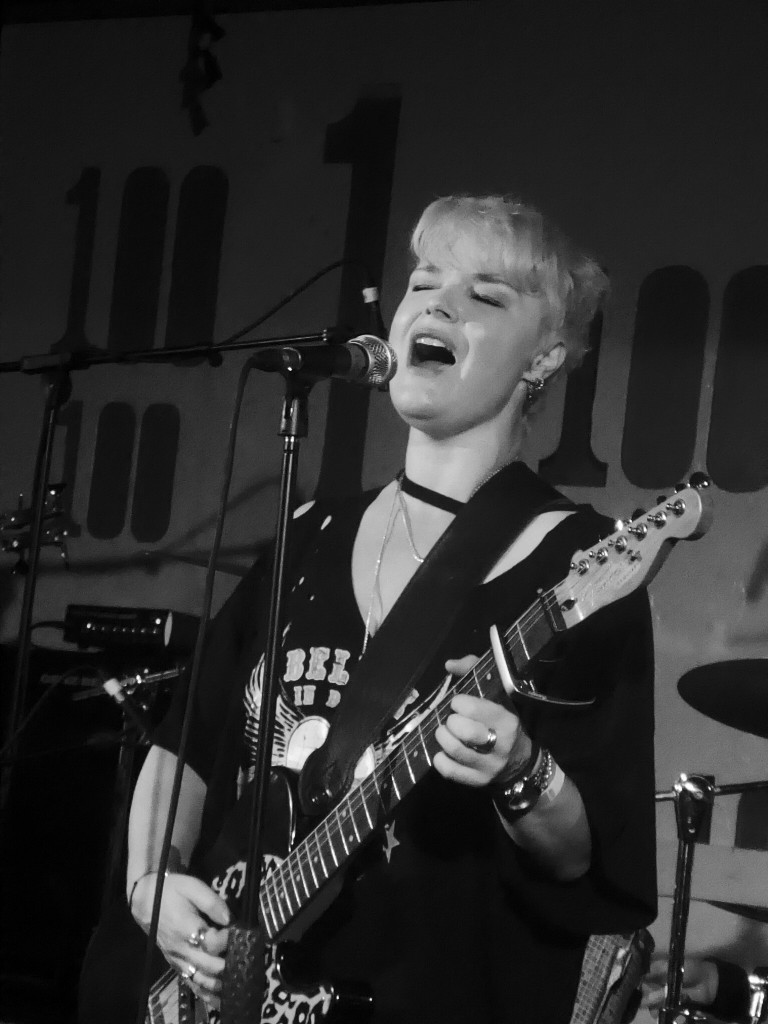 So with four of the 17 songs on the setlist left in theory she only played one, but it was a goodie in ‘Believe’, a real grower with the band jamming out and Steve’s guitar and Nigel’s organ duking it out.

Despite a disappointing turnout, not least when the entourage of the support bands left, this was more than worth the long wait and showed her continuing development down a rockier direction. With a new album on the horizon expect this talented artist and her very able band to have a higher profile over the next year or so.