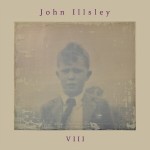 The singing bass player’s voice is rough hewn. His grainy, been-round-the-block-a-few times, half spoken, half sung vocal style is a perfect fit for his life and living lyrics. Fans will know that already.

Opener, ‘Long Way Back’ is an evocative slice of rock band reminiscence. An honest look in the rear view mirror of Dire Straits’ fame and popularity. It’s inward looking, but relatively unsentimental. The kind of song we’ve become accustomed to hearing from lockdowned rock’n'rollers during the Pandemic years.

First single ‘Which Way Is Up’ is clearly the most accessible song on the album.
The spare, sharp dressed guitars, sympathetic keyboard frills and soulful backing vocals recall Dire Straits’ loose limbed soft rock, the stuff that helped the band to multi million album sales.

Further on there are polemics, from the mildly worded ’21st Century’, a relatively lavish ballad, regretting the state of the world, to the harder edged, brass and bluebeat of ‘The Mission Song’, firing well aimed barbs – “waste and hypocrisy, is this our legacy?” at the political charlatens who stride the world stage, but who live in a “world of self delusion”.

And there are two love songs: Flavoured with the signature sounds of Tex Mex and Zydeco, ‘Love You Still’ is filled to overflowing with accordions, steel guitars, and shuffling, swaying rhythms. It’s a sweet, slow paced love song. Made all the more touching by Illsley opening his soul to describe his very own kismet moment.

The other love song, ‘Market Town’, is a love letter to his childhood. Driven by a resounding piano, it’s clearly the work of a musician/songwriter who grew up with the sound of rural England all around him. Its wonderfully wistful sense of nostalgia is slightly undercut by the lyrics’ intrinsic sense of regret. But it’s a moving piece and will register in the hearts of many.

Like many of his contemporaries, the lack of opportunity to engage with the public led to some serious thinking, and writing, and studio recording. In some cases, like VIII, the result may well have a longer lasting artistic worth, with a wider resonance beyond this moment in time. ****