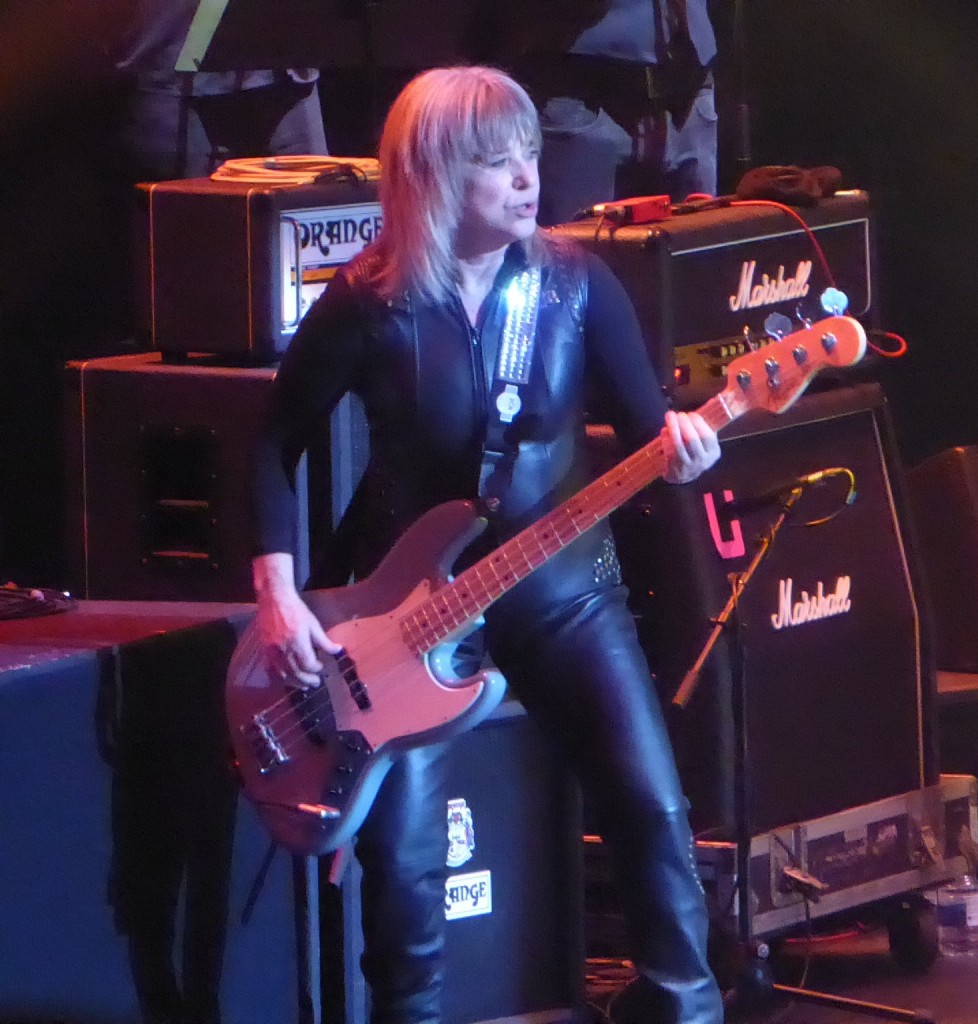 Words like ‘icon’ should not be banded about lightly, but Suzi Quatro would be one of the few musical figures for whom that description is appropriate, as arguably the first woman artist to play an instrument and rock on level terms with the boys. Maybe we overlook that fact too easily, as in the half century since Mickie Most brought her to the UK, a varied career has taken her from seventies glam rock to acting, directing, broadcasting and writing, ensuring longevity but maybe at the expense of musical visibility.

My impression was that she was more popular in European markets than her adopted homeland, and I had not actually seen her since a gig in 1995 at the lamented Standard in Walthamstow. More recent shows have been on a package tour with other seventies pop acts so this was her first full length headline UK show in many years, and a perfect opportunity to remind people of that musical legacy, and what succeeding generations of women musicians in rock and pop owe to her. 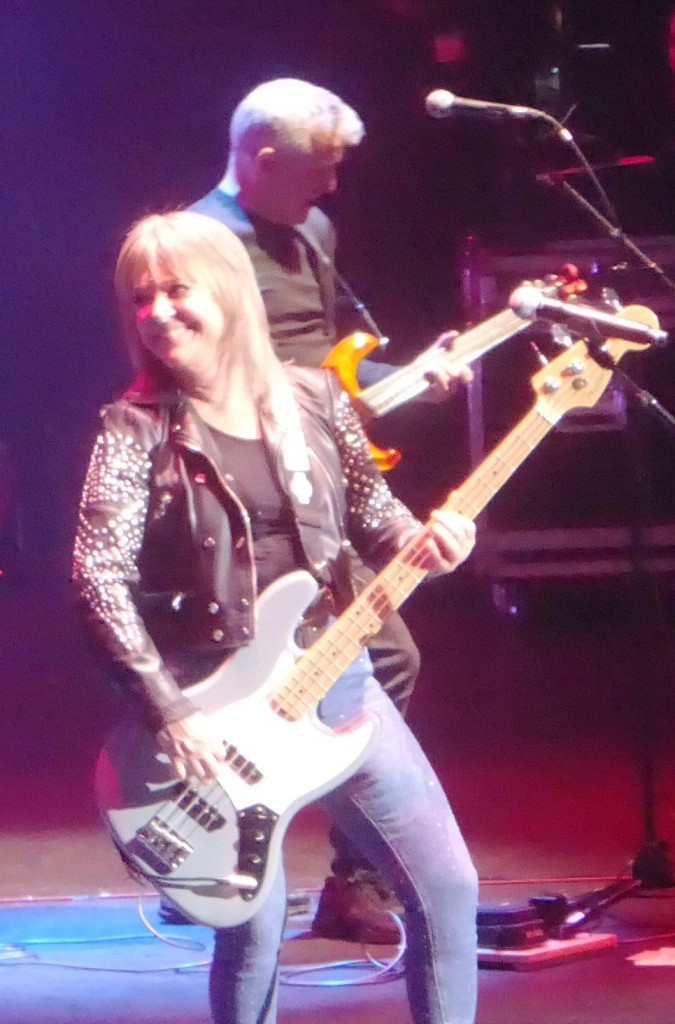 Her youthful face looked on from a backdrop of the orange poster used to promote the recent ‘Suzi Q’ documentary, but as she bounded on stage, it was clear the years have been kind to the contemporary Suzi, remarkably vibrant for someone who passed 70 last year.

‘The Wild One’ made for a perfect opener as she screamed the opening lyrics ‘All my life I wanted to be somebody and here I am’ which were perfectly apposite at this prestigious venue. I found myself instantly singing along though did feel the musical set up, with a horn section and girl backing singers, dampened the original raw edge. 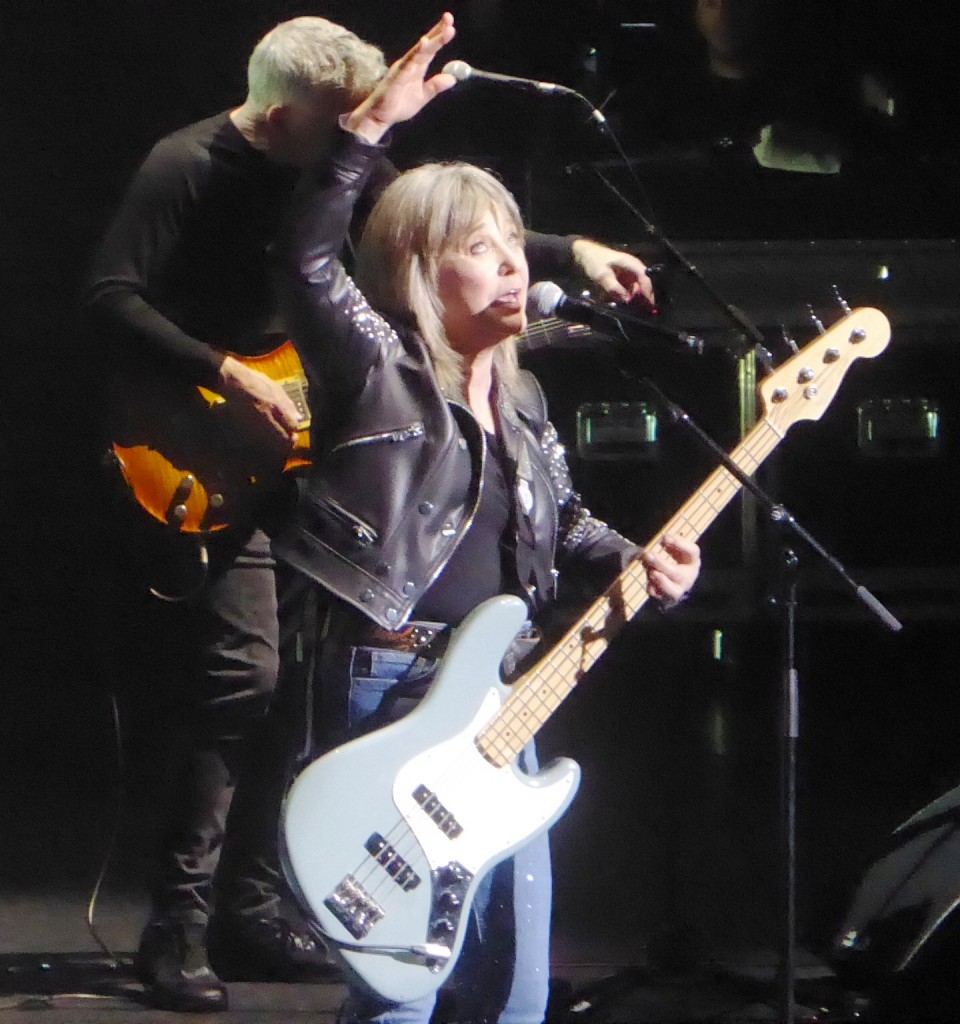 ‘I May Be Too Young’ was another with autobiographical lyrics, and ‘Daytona Demon’ with guitarist Tim Smith sharing some of the vocals and Jez Davies’ barroom style piano keeping the tempo rolling along, then ‘Tear Me Apart’ completed an opening quartet of hits.

As she addressed the audience for the first time, saying she needed a man to make himself available, a gentleman at the front who put himself forward was then embarrassed when the song turned out to be ‘Mama’s Boy’, evidence of her playful but assertive humour that showed itself several times during the night. 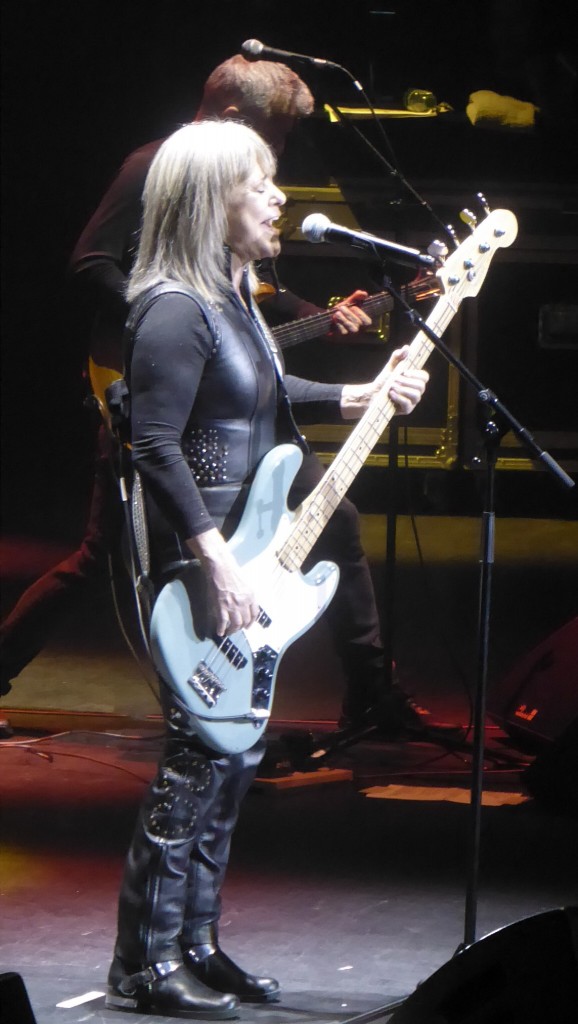 ‘Stumblin’ In’ with its archetypal late seventies soft rock feel- and bizarrely the only top 40 single she had in her native USA- saw Tim fill the duet role of Chris Norman, another seventies pop legend who we see frustratingly little of here.  Then one of her classic glam era singles in ‘48 Crash’ – about the male menopause, who knew! – was fun but understandably one of the few where she wisely dropped the key and sang in more restrained fashion rather than attempt to scream if it was still 1973.

My delight at the set opening with seven hits in a row was tempered by the realisation hers has become a rather an unjustly forgotten catalogue with only a couple of the obvious ones ever played these days. 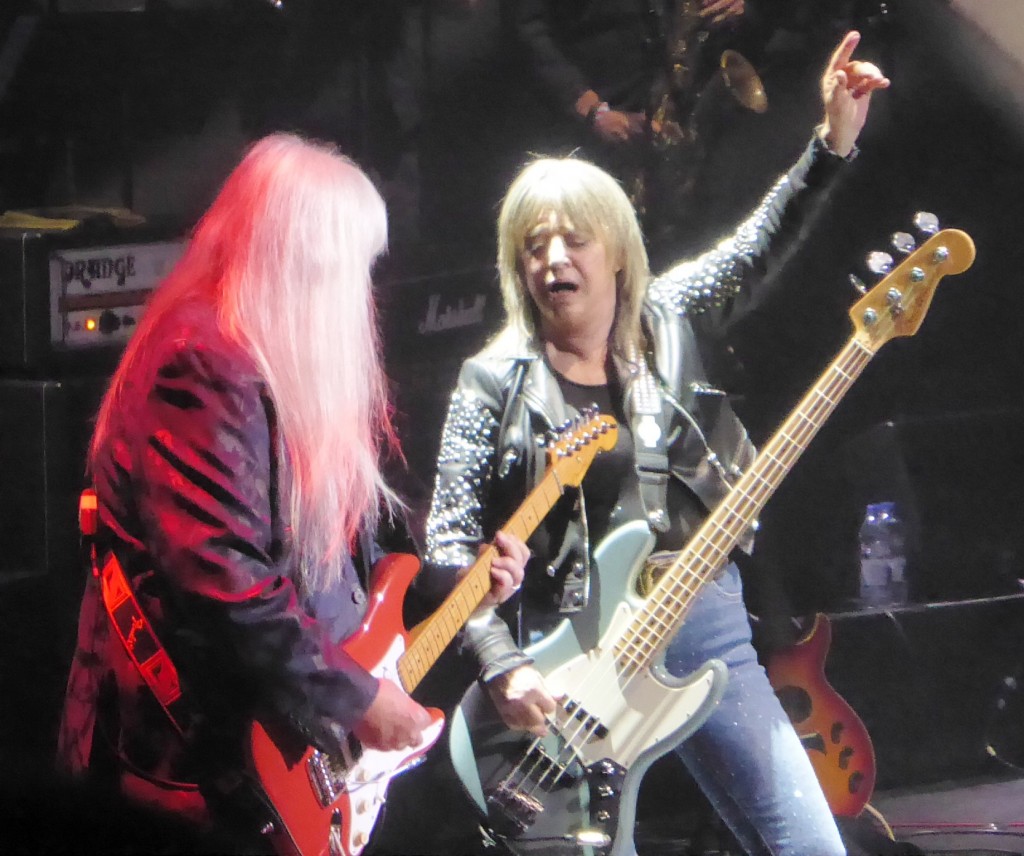 She then brought things more up to date when son Richard – bearing a striking resemblance to his Dad Len Tuckey -  was brought on to add guitar to two songs he had written on recent albums for her, in ‘No Soul/No Control’ and ‘The Devil in Me’, both of which had a pleasingly contemporary alternative rock air.

The next guests were from a completely different generation: Sweet guitarist Andy Scott, sporting a magnificent silver mane and the foil for Suzi’s playful bossiness, and Slade’s Don Powell, still thwacking his kit with impressive power and a huge grin, reconvening their ‘QSP’ project for two songs, the traditional rock’ n’roll of ‘Slow Down’ and a surprise, but every effective cover of ‘Rocking In The Free World’. The first of two sets could not have then ended in more of a contrast, Suzi taking alone to keyboards for the intimate ‘Can I Be Your Girl’. 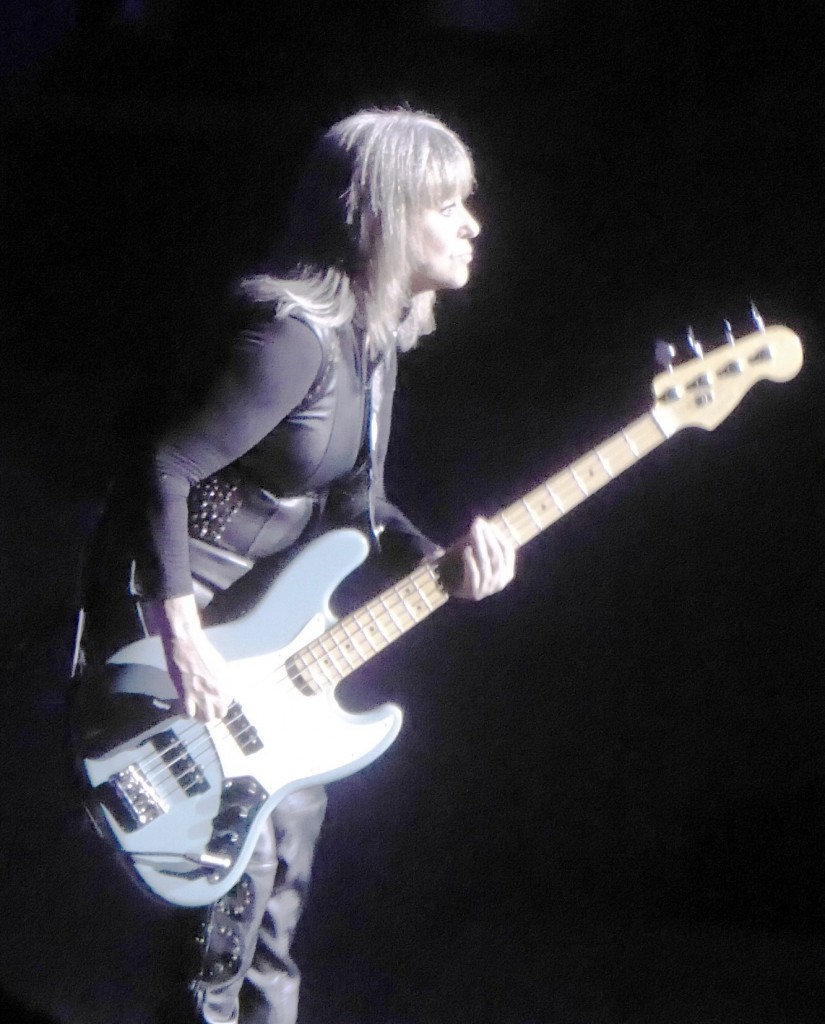 After a half hour break, she re-emerged head to toe in trademark leather and opened with a pair of new songs from the ‘Devil In Me’ – ‘Motor City Riders’  was a lively tribute to her home city of Detroit and ’I Sold My Soul Today’ also had the garage rock vibe of that influential late sixties Michigan scene.

In contrast ‘Rock Hard’ was a guilty pleasure, reminding me of the commercialised boogie of Status Quo around that early eighties period. Though I was previously unfamiliar with that one, it was great to again hear ‘She’s In Love With You’ with that slight new wave feel. 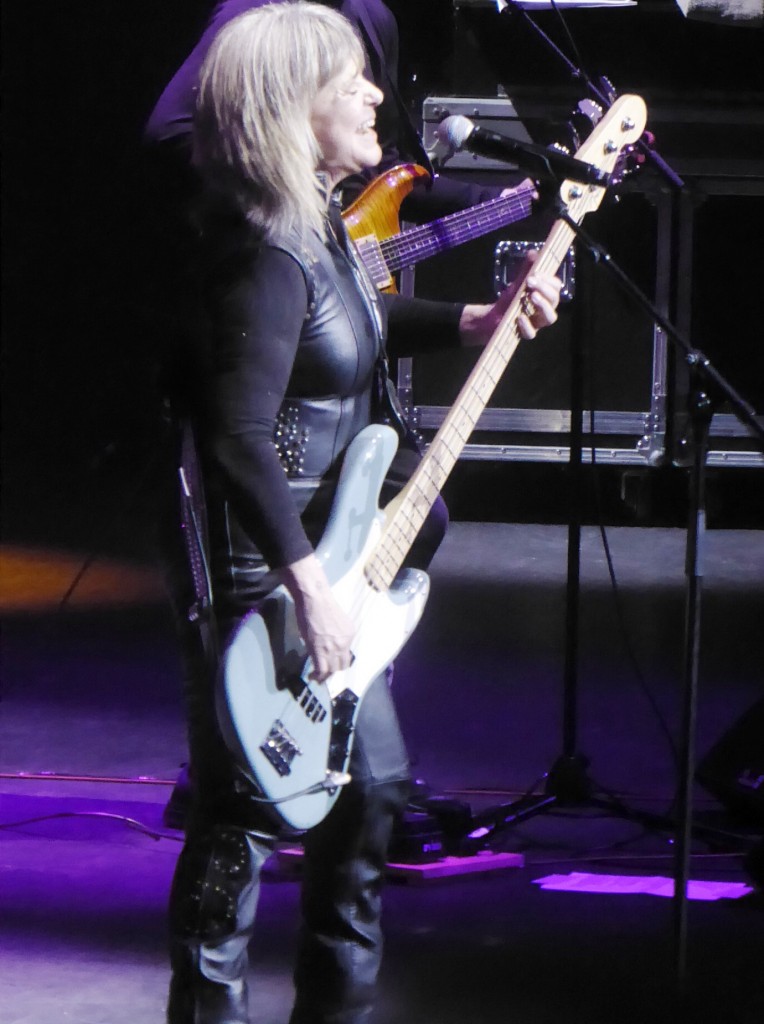 Each song was performed to a backdrop of the relevant album or single sleeve and the impression that this was a complete history of her musical legacy was enhanced when she even gave a speech with a little potted history of her life and career. 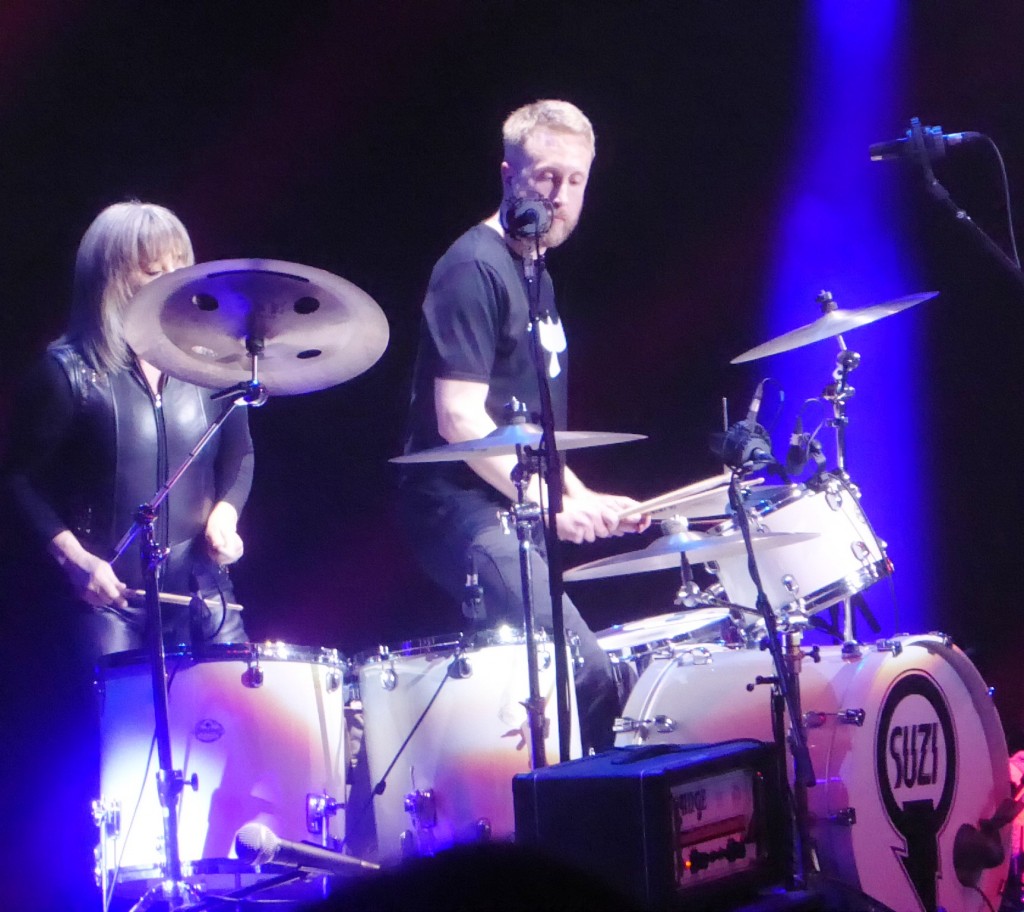 ‘Glycerine Queen’ was a glam era album track that again was new to me while after some jamming including her going into a drum duet, she implored a crowd that had been appreciative but rather reserved to finally get to their feet. The No 1’s ‘Can The Can’ and ‘Devil Gate Drive’ were always made for participation and the atmosphere for the latter in particular was insanely joyful.

The line between main set and encore was rather blurred as she went into possibly my favourite of hers, ‘If You Can’t Give Me Love’, where she orchestrated a mass waving of hands though the guitar line in the chorus was instead replaced by a sax break, before rocking out to ‘Sweet Little Rock n Roller’. 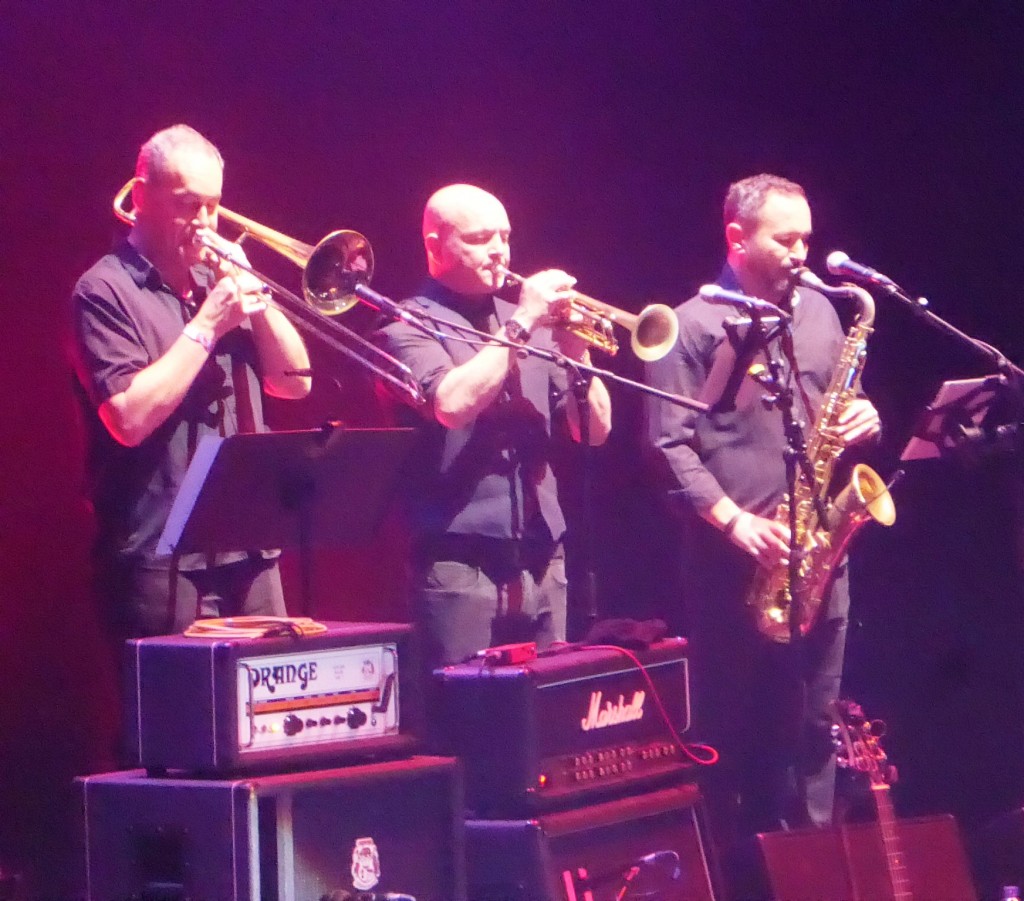 She walked off the stage as the band played out singing ‘go suzi go’, but any fears she would not take a proper bow were dispelled by one final surprise, as a stool was brought out and she returned to deliver quite brilliantly, with only keyboard accompaniment, a solo version of the Eagles ‘Desperado’.

It ended a night that was better than I ever dared expect. The time is right for the Suzi Q legacy to receive wider acclaim – and we heard during the evening a biopic is being prepared- so among all her other commitments I hope that this night inspires her to play headline shows more regularly in the UK. 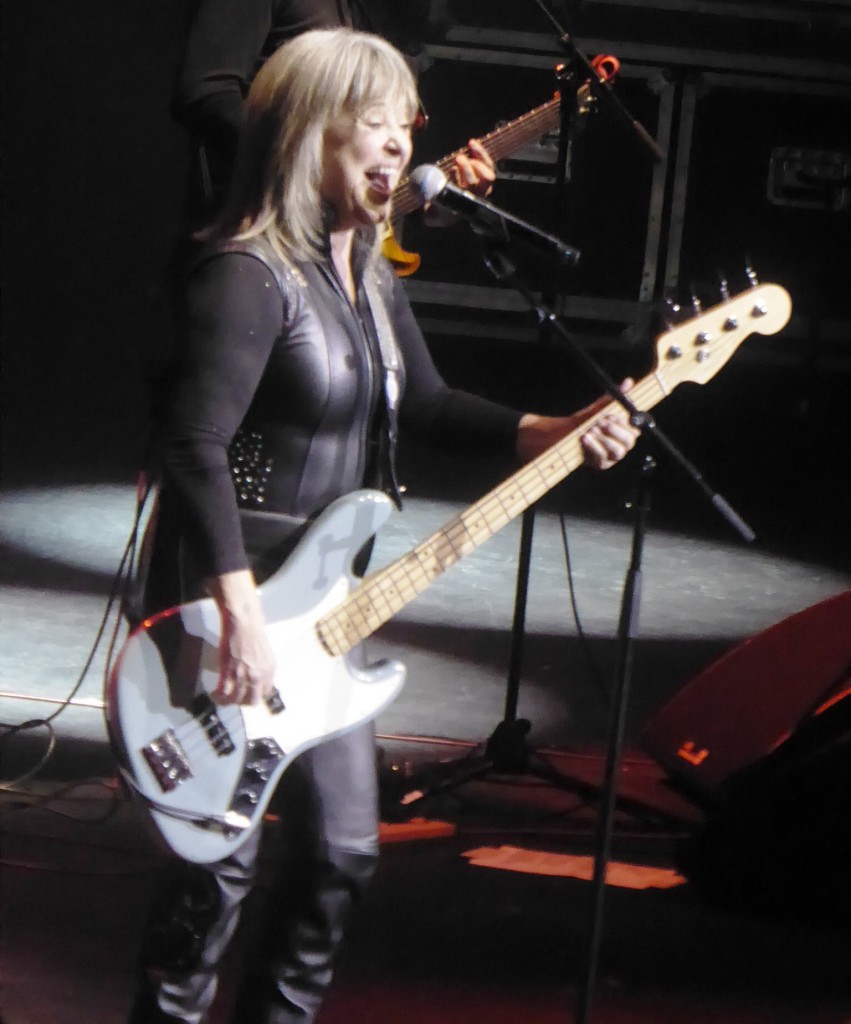