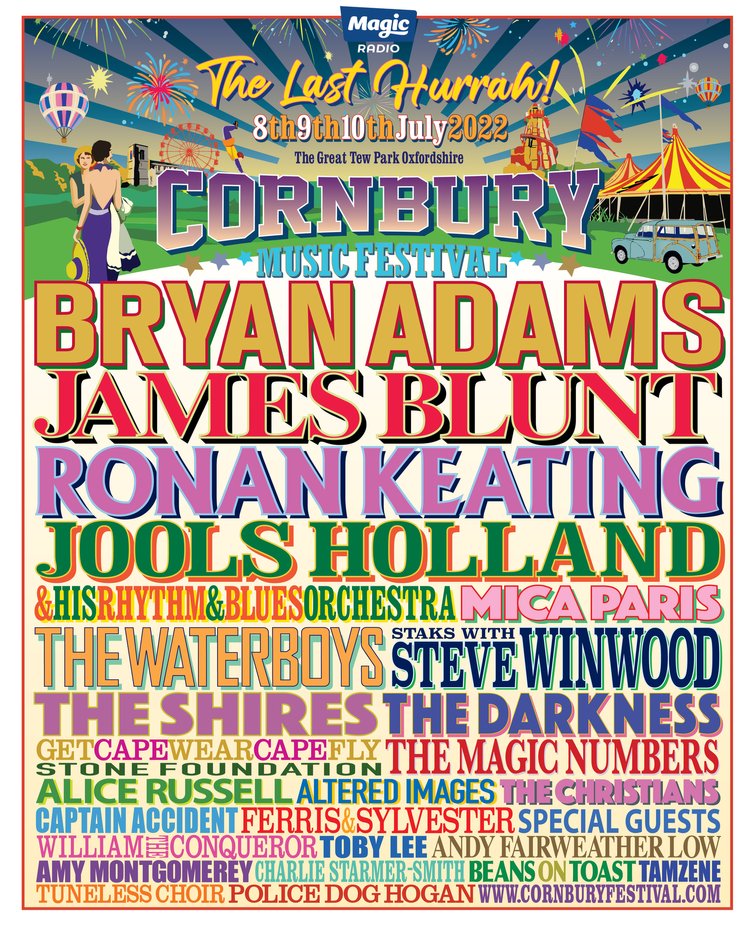 Loved by locals, Cornbury is one of the longest running festivals in the heart of Oxfordshire, attracting 20,000 people each year for the last 17 years, retaining the friendly community atmosphere of a village fete, that just happens to have some of the biggest International names in music performing on the main stage. Known to be one of the safest festivals in the UK, with entertainment for all the family, its musical heritage is one of all round appeal, suited to all ages and tastes, which is what has given the festival its loyal and long standing reputation in its beautiful Cotswolds setting.

Starting in 2004 at Cornbury Park and moving to Great Tew in 2011, Cornbury has produced a host of amazing headliners including; Amy Winehouse, Joe Cocker, Elvis Costello, Robert Plant, Paul Simon, The Faces, Ray Davies and many, many more.

Hugh Phillimore, the festivals Independent promoter has this to say on the festivals final event “2017 had been intended as our last festival, but our customers encouraged us to continue, so we did! However, having to postpone the festival in both 2020 and 2021 due to the pandemic has taken it’s toll and we have had to move on. We couldn’t leave without one last farewell, so, there will be fireworks, there will be feasts and there will be tears before bedtime, but we intend to make this year one hell of a party as we plan to go out with a bang!”

For tickets and more information 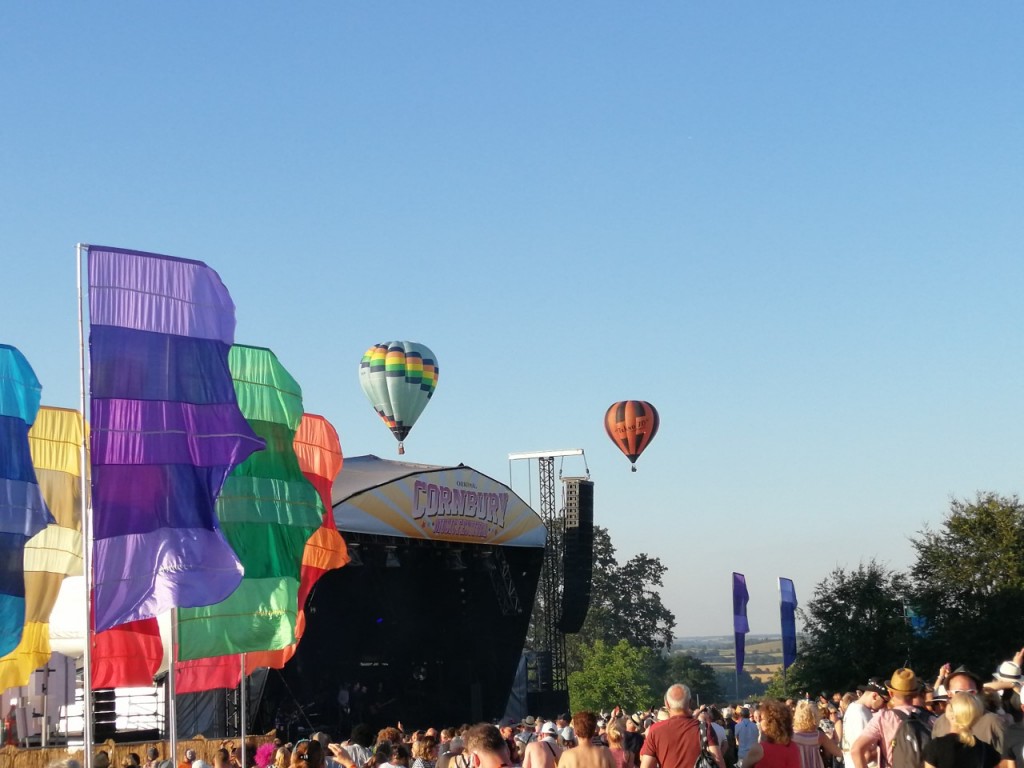 Garry Christian of The Christians, who appear on the Sunday…

Have you played Cornbury festival before? Do you keep to the hits/well known songs for a festival set or do you like to throw in the odd curveball?

No but we can’t wait. We’ll sing all the well known songs and curveball … probably throw in Here Comes the Sun.

It’s a great vibe like an early Glastonbury – a festival you feel proud to have on your list of bookings.

At a festival do you get chance to watch other acts, specifically up & coming ones?

I loved watching Boomtown Rats and Hall & Oates at Rewind the other year … They both sounded incredible and were so understated and relaxed backstage.

The Christians are supporting Belinda Carlise next Feb/Mar. Have you played live with her before?

No but I loved her song ‘Leave A Light On For Me’ … Shes sounding and looking amazing – should be fun …looking forward to some backstage moments.

I first saw the Christians supporting Fleetwood Mac at Man City’s ground (in 1988 I think it was?). Of all the artists you’ve have shared a stage with through the years who did you enjoy the most?

James Brown – I grew up listening to him. He said to me when we met ‘you’re f**king good man’. So I said ‘thanks James – I think you’re pretty good too’.

He basically created the whole FUNK scene – this word is so inappropriately overused but really what a legend – mesmeric mover – superb singer.

Having been at your excellent gig in Reading earlier this year your voice is still in fine form. How have you kept your voice in such good shape?

Thank you very much. I don’t really do anything – the odd Jack Daniels and vocalzone helps.

Can we expect any new music from the Christians at some point?

We’ve been working some really great new songs .. we don’t have a label at the moment but we’re working on it. It’s pointless releasing beautiful songs unless you have the kind of promo machine that can cut through to the public.

Written in the stars – of course we’re going to win.

We really appreciate you …. Keep coming to see us ….. oh and bring your friends.