Single review: JESSIE DIPPER – Where Do I Go 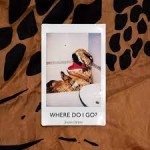 ‘Where Do I Go’ is taken from Jessie Dipper’s forthcoming new album ‘Sticky Floors’. Jessie Dipper has successfully self-released five singles, two EPs and an album over the last five years. Sehe describes her music as a fusion that pulls from her love of Stevie Wonder, John Mayer, Mary Mary and Jimi Hendrix alongside Ed Sheeran, Mumford and Sons, Passenger and Lily Allen.

Written on the back of an envelope given to her by her Dad whilst sitting with “one leg down” due to being on crutches after rupturing her ankle ligaments. Jessie said, “In all honesty, I hated this song! I didn’t think it would go anywhere, but it was just one of those songs that I needed to get out to ease my frustration of not being able to do anything I wanted or needed to do. And it suddenly dawned on me that this was something that could voice not just my frustration, but that of so many of my generation.”

The song is an earworm of that there is no doubt. A perfect piece of urban folk pop, which is made for daytime radio. A perfect teaser/taster for her forthcoming album.

Do make sure you check out the video which features a frustrated dinosaur who struggles to understand the restrictions of everyday life, such as ordering coffee or getting out of the bath! Fun to watch and I am guessing even more fun to make.

Main support for Scouting For Girls at the following UK tour dates:

PDF - you can delete unwanted sections
This entry was posted in ALL POSTS, Single and EP reviews and tagged folk, grunge, Jessie Dipper, pop, review, Scouting For Girls, single, Where Do I Go. Bookmark the permalink.