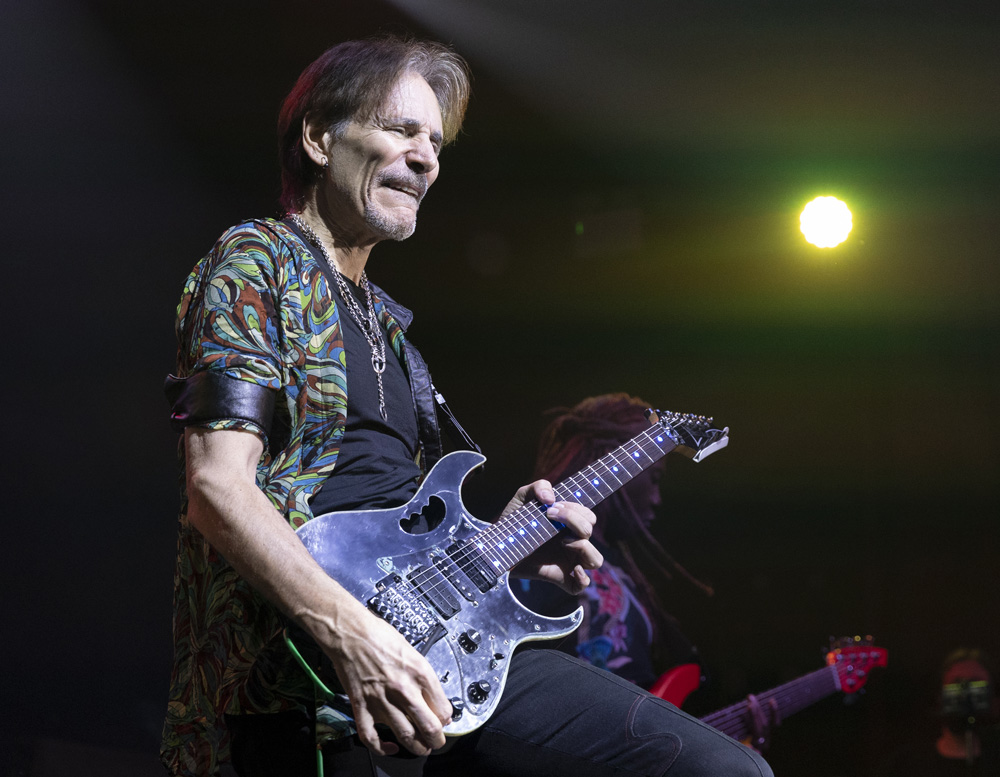 Let’s just start by saying one thing: Steve Vai isn’t of this world. Throughout his long and varied career, the six-stringer has displayed the sort of skills that are beyond the comprehension of most mere mortals.

From his time with Frank Zappa, Alcatrazz, Dave Lee Roth and Whitesnake, through to his ever-impressive solo career, the ever searching and morphing Vai has had a spiritual and at times, alien air, his passion for playing something very few equal.

Such a unique talent demands to be seen in a live setting and those who poured into the fabled halls of the London Palladium were a mix of the devotees and the curious, all here to be entertained royally. This was a night to get truly lost in music and Vai was the perfect captain for this cosmic flight. 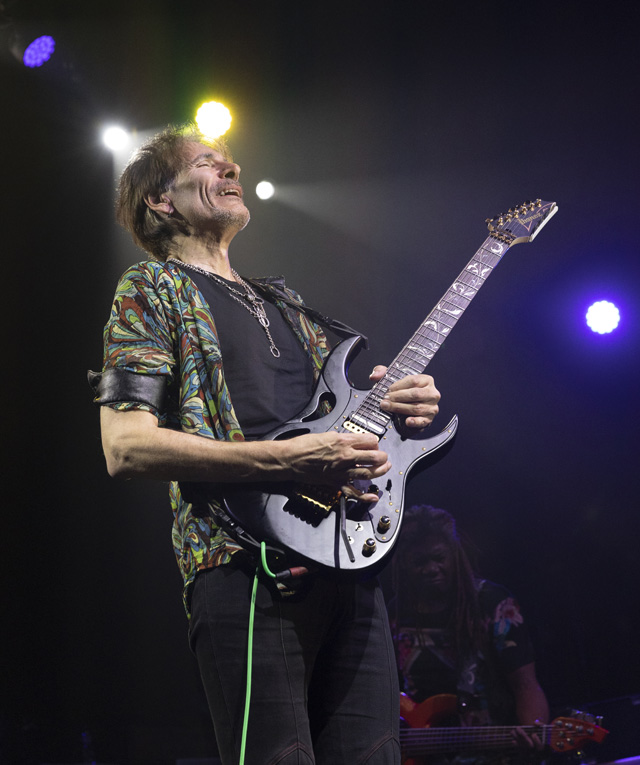 Tall, thin and seemingly ageless, a relaxed and happy Vai strode onto the stage and accompanied by Philip Bynoe on bass, drummer Jeremy Colson and keys/guitar player Dave Weiner, launched into a propulsive ‘Avalanche’, the mix of rock and jazz accompanied by some breath-taking fretwork.

Barely pausing for breath, the massive riffs of the heavy duty ‘Giant Balls of Gold’ steamrollered the audience before the laid back Eastern psychedelia of ‘Little Pretty’ and ‘Tender Surrender’, with its bluesy feel brought a soothing balm.

Bynoe and Colson got to have a lot of fun trading licks with the guitarist during the skittering and melodic ‘Lights Are On’ and the duel between Vai and Weiner showed the latter has some mighty chops too. 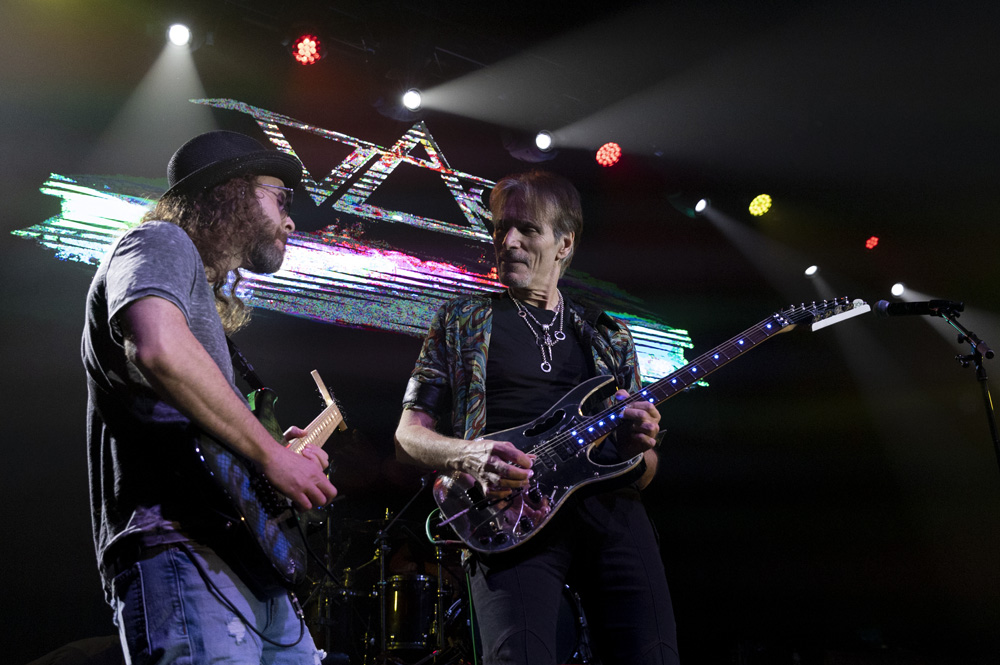 A delicious ‘Candle Power’ was a stripped back and freeform delight, Vai finger picking the strings before he gracefully bowed out, leaving Weiner to take his own turn in the spotlight. Closing this section of the show, ‘Building The Church’ was a display of big guns, finger tapping intro onwards and the obvious enjoyment being had onstage was utterly infectious, the band seemingly vibing off the audience as much as they were the music.

Opening the second set with the beautiful and smouldering, yet brilliantly off kilter, ‘Greenish Blues’ was a masterstroke, its slow building charm letting the audience warm slowly again into this latter half. 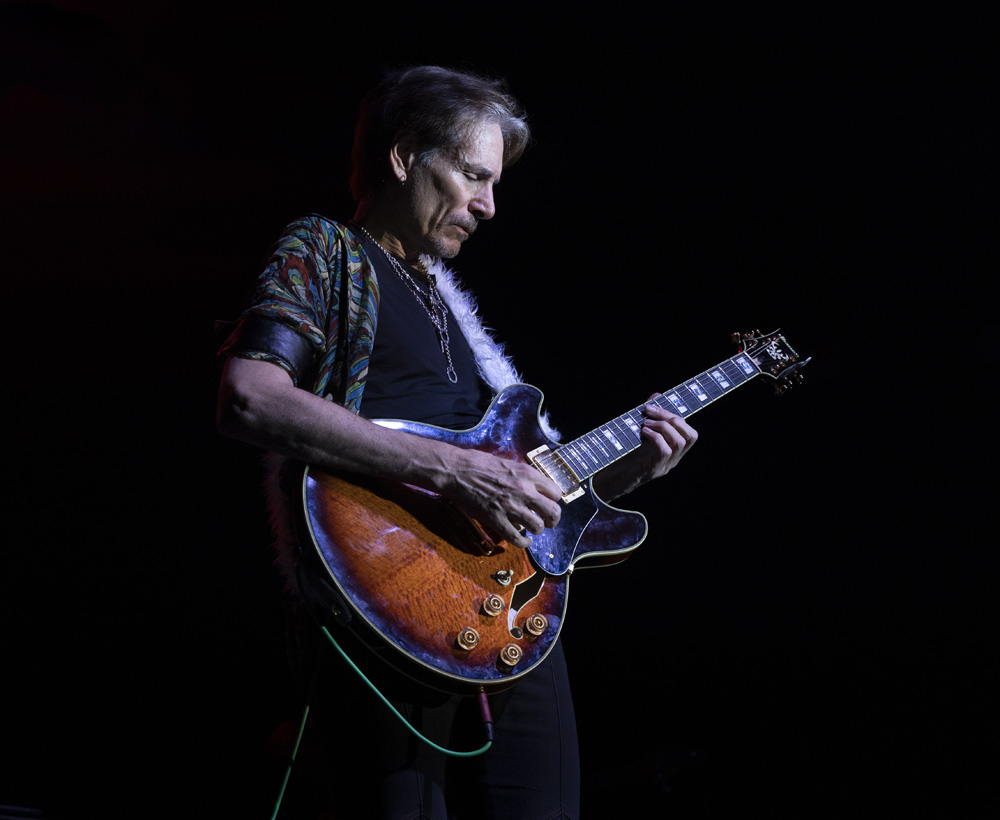 Turning things on their head, ‘Bad Horsie’ ramps up the dark drama, its heavy and crawling crunch snaking out from the stage like a wave before ‘I’m Becoming’ turns the Palladium back into a sonic cathedral of contemplation. This was just a warm up though for the soaring majesty of a sublime take on ‘Whispering a Prayer’, Vai’s delicate playing full of soul and the brief section that sounded like something from ‘Close Encounters of the Third Kind’ wonderfully playful.

Following Weiner strapping on a twelve-string acoustic for a sparkling ‘Dyin’ Day’ and a brief but imaginative drum solo from Colson, it was time to end the show with a hat trick of big hitters, starting with the epic scope of ‘Zeus in Chains’.

Cinematic in ambition and delivery, this let the band really cut loose, the swing they brought into it a heady mixture with its big themes and passions. Closing, the brief and elegant overture of ‘Liberty’ heralds the only thing that could have truly finished the set in the form of ‘For the Love of God’, still as jaw droppingly massive as ever, in itself a mini opera that dances with the elegance of Fred Astaire and weaves like Muhammad Ali. 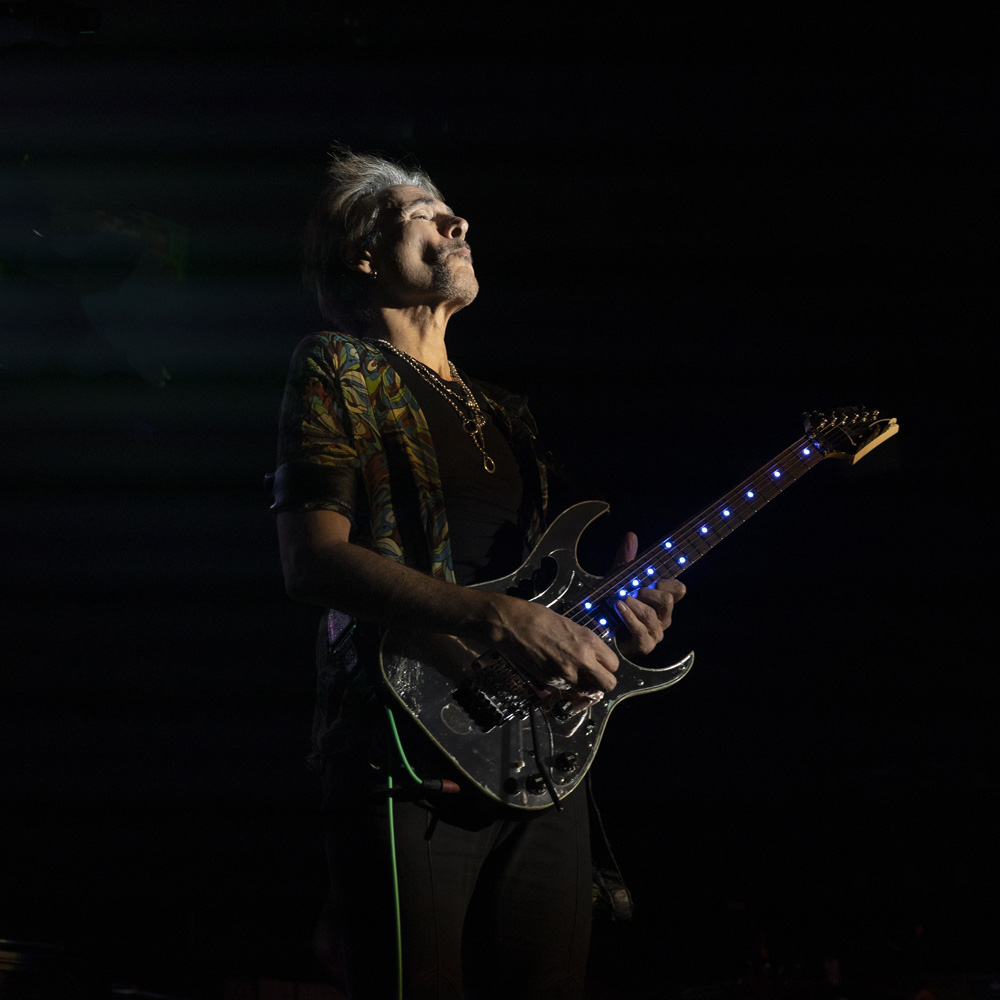 Finally returning to the stage with the huge power and fiery fretwork of ‘Fire Garden Suite IV – Taurus Bulba’, it was game set and match to Vai, the connection complete between audience and performer. If any had been sitting on the fence prior to the evening, it can be assured that those leaving this most famous of venues were all converts to the cause, no one person left untouched by what they’d seen unfold before them.

With two of his musical heroes, Jeff Beck and Brian May also in the capital recently, the latter’s multi night residency at the O2 ongoing presently, this couldn’t have been a better time to enjoy some of the finest guitarists in the world and Vai has certainly earned his place amongst those greats.

He may be part spiritual being and part alien from another dimension, but Steve Vai is certainly, first and foremost, a man who loves music and never ceases to amaze. Long may his otherworldly star shine.