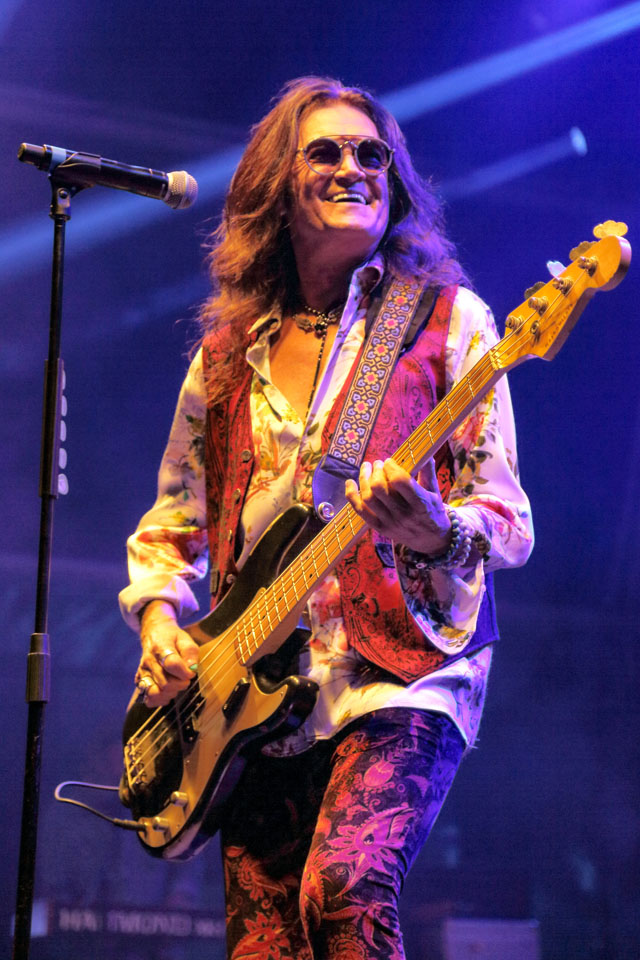 Lee Aaron plans to release her new album ‘Elevate’ before the end of the year.

Former Captain Beefheart guitarist Jeff Cotton has announced that he will release his first solo album ‘The Fantasy of Reality’ through Madfish records on August 12.

The Cult’s new album ‘Under The Midnight Sun’ is out on October 7 via Black Hill Records.

The Dead Daisies release their latest album – and second to feature Glenn Hughes (pictured) – ‘Radiance’ on September 30 through SPV/Steamhammer.

David Ellefson (ex-Megadeth) and Jeff Scott Soto release an album, ‘Vacation In The Underworld’, in September via Rat Pak Records.

Goo Goo Dolls have announced their thirteenth studio album ‘Chaos In Bloom’ due on August 12.

Hawkwind will release a new live double album, ‘We Are Looking In On You’, through Cherry Red Records on September 2.

Jack J Hutchinson will release an EP/DVD ‘What Doesn’t Kill You’ on 2 September.

Jackyl will celebrate their 30th anniversary by releasing ‘30 Coming In Hot’ on August 12. The album will feature 17 tracks – three brand new studio songs, and 14 live versions of fan favourites.

Jag Panzer have revealed they have completed drum and bass recordings for their new concept album, ‘The Hallowed’.

Jean-Michel Jarre releases his latest album, ‘Oxymore’, through Sony Music on 21 October. Alongside the album, he will also launch a VR world called Oxyville. Jarre explains: “Oxyville will be a virtual music city, and in the future I will invite other artists to be a part of it, as well as hold masterclasses and other events. I want it to become a sandbox for new music experiences”.

Kamleot are putting the final touches to their new album.

Dave Kerzner releases his latest album ‘The Traveller’ on July 29.

Lessmann/Voss release their debut album ‘Rock Is Our Religion’ on July 22 on Atomic Fire Records.

Manic Street Preachers release an expanded and remastered version of ‘Know Your Enemy’ on 9 September.

Marillion release a deluxe edition of their 1991 album ‘Holidays in Eden’ through EMI on September 16.

The Proclaimers release their new album ‘Dentures Out’ on September 16 via Cooking Vinyl.

R.E.M. will reissue their debut EP ‘Chronic Town’ as a CD, picture disc and cassette on August 19 via I.R.S./UMe to mark its 40th anniversary.

Red Hot Chilli Peppers will release their second album of the year, a double, ‘Return of the Dream Canteen’, on October 14 via Warner Records.

Slade release a 5CD live boxset ‘All The World Is A Stage’ via BMG on 9 September and it includes three previously unreleased live records.

Slipknot release their new album ’The End, So Far’ on September 30 via Roadrunner Records.

Sparks have started work on their next studio album.

Terrorvision frontman Tony Wright (pictured) has released ‘Buried You Deeper’, the first single from his new solo album, ‘The Anti Album’, which is released on October 7.

KISS are planning more farewell dates to a 100 more cities.

Queen + Adam Lambert have announced “Rhapsody Over London”, an exclusive concert spectacular, filmed live at The 02 London during the band’s current sold-out European tour. It will premiere live on July 24 via Kiswe’s global streaming platform, plus a Q&A session afterwards with the band.

Toyah will support Billy Idol on his upcoming tour.

Tony Iommi and Duran Duran are both involved in the Commonwealth Games opening ceremony in Birmingham later this month.

An official Jimi Hendrix 80th birthday edition of the book ‘JIMI’ by his sister Janie Hendrix and John McDermott is published on November 15 in the US and November 24 in the UK.

‘Charlie’s Good Tonight: The Authorised Biography of Charlie Watts’ is published on 15 September in the UK and 11 October in the US.

Toby Jepson is to publish ‘Sticks And Stones – My Life In Words’ on 23 September, a comprehensive lyric songbook that will span his entire career. Available to pre-order now until Friday the 2nd of September via tobyjepsonofficial.com

The new David Bowie documentary ‘Moonage Daydream’ will be released in cinemas on September 16.

BMG has acquired Simple Minds’ song rights catalogue, plus the band’s remuneration and royalty rights in relation to their entire recorded music output. BMG have also acquired the song rights of Jean-Michel Jarre.

Singer Philip Anselmo and bassist Rex Brown have signed with Artist Group International to book their North American dates for the reformed Pantera. They will be joined by Zakk Wylde and Anthrax’s Charlie Benante.

Steve Morse has announced he is leaving Deep Purple to care for his wife. He has been a member of the band for twenty eight years.

Founder member of Nazareth, guitarist Manny Charlton, who released a number of solo albums after leaving the band in 1990