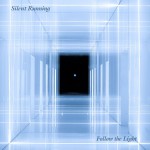 Albums on EMI and Atlantic Records followed, only for the band to demobilize shortly after.

Back together, they’ve just celebrated their 40th anniversary by releasing first album in 30 years, Follow The Light. Still no sign of Huey, Dewey and Louie though.

Peter Gamble’s battle hardened vocals express simple but powerful emotions on the album’s opening tracks. Song with titles that leave little to our imagination, like ‘Live Right Now’, ‘Darkest Hour’, ‘Beyond Your Wildest Dreams’ all have a ring of authenticity and a conviction that speaks from experience.

The power of unashamed sentiment within lyrics that are ambitious only in expressing those sentiments run through ‘Lost Boy’, ‘Golden Days’ and the title track, ‘Follow The Light’. After the vim and vigour of the openers, the restraint on these tracks is well judged. Gamble’s achingly passionate vocals give form to a few inspired looks at life… in all its relentless grind, and occasional glorious promise.