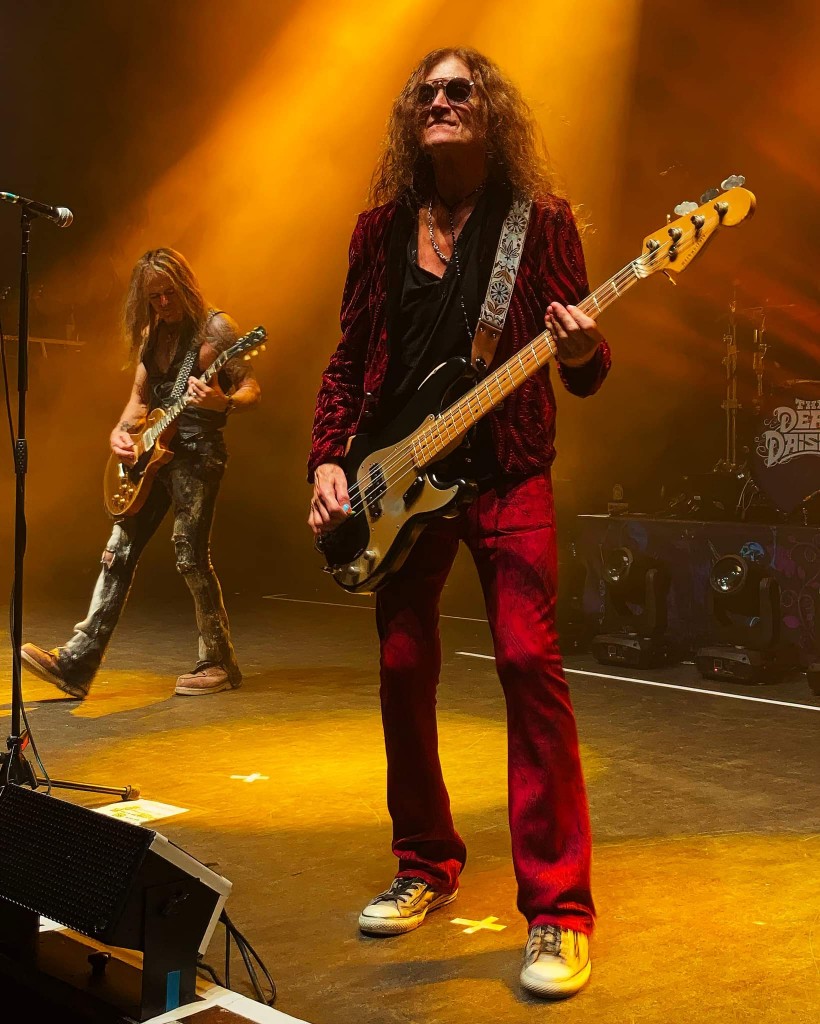 To quote the title of one of their songs, in many ways the Dead Daisies are ‘like no other’, even to the extent that they have been described as a collective rather than a band. Line ups have regularly changed, with the only constant founder, rhythm guitarist and Westfield heir David Lowy, with the result that they have never really developed a signature sound.

Then a couple of years back more than a few eyebrows were raised when Glenn Hughes, whose long career has featured an extremely distinctive style of his own, arrived as replacement for singer John Corabi and bassist Marco Mendoza. 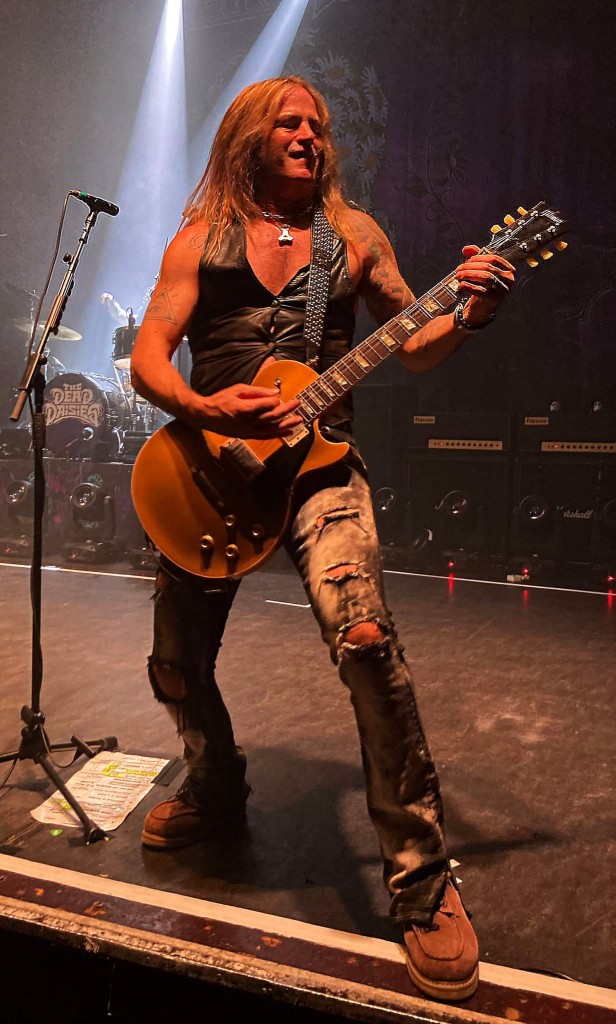 None of this has stopped them building a decent sized following and though cut-price ticket offers and even a tube advertising campaign played a part, the downstairs of the Empire was as packed as I could remember for a long time.

It was an excellent three band bill with a healthy crowd already in place at 7pm for Grand Slam. Originally  Philip Lynott’s ill-fated post-Thin Lizzy outfit, they re-emerged just before the pandemic with a new line up and a mixture of new and resurrected material.

The great man looms large over their material- on opener ‘Gone Are The Days’ I thought founder member Laurence Archer was playing the melody to ‘Do Anything You Want To’, albeit with one guitar rather than two. There is also something Lynott-ish in Mike Dyer’s vocal phrasing. He was an excellent, expressive frontman, though as many of us men do when we proudly come up with a witticism, his cheeky ‘its great to be back in the bush’ double entendre was rather flogged to death. 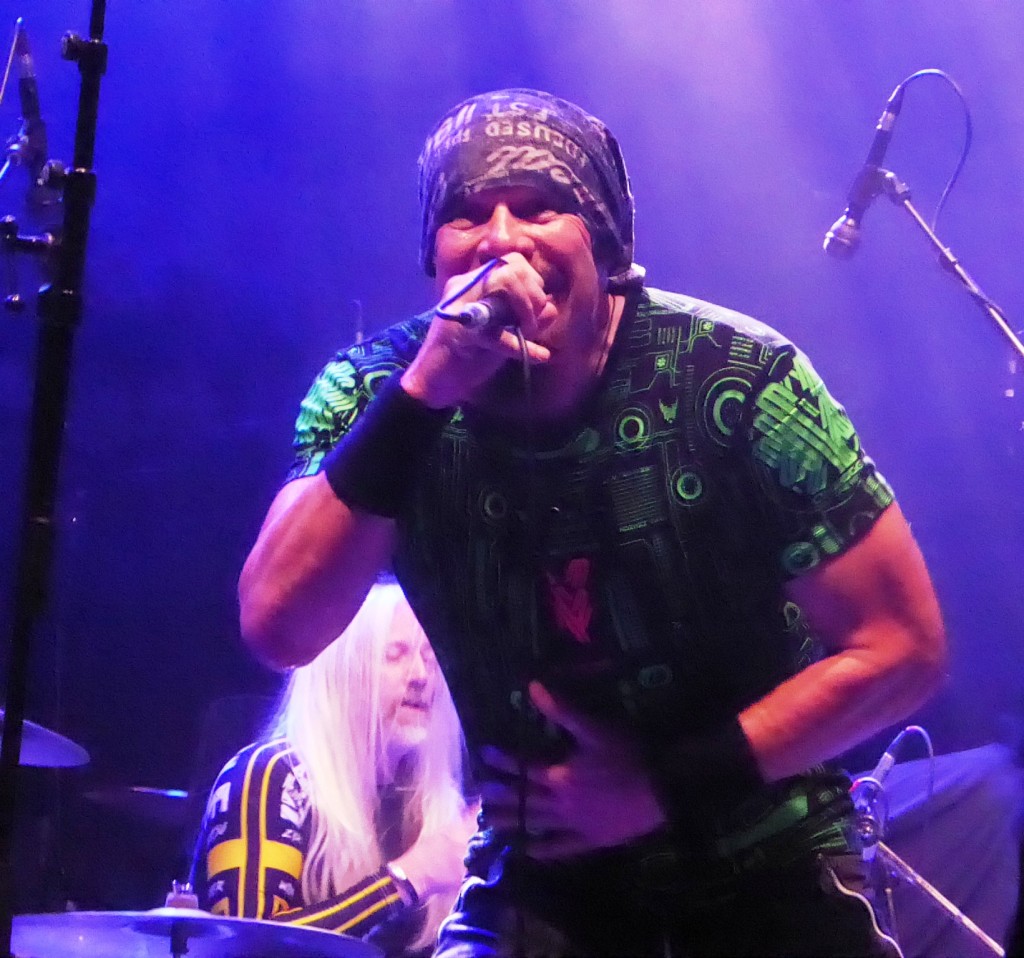 It was great to hear a couple of old Grand Slam songs that were later re-used as Lynott solo or Gary Moore material, in ‘19’ with its great introductory riff and the staccato beats of the affecting ‘Military Man’.  I was also struck how much Laurence reminded me of Michael Schenker in his fluent playing style, not to mention his baseball cap and flying V – hardly surprising then that he had a spell with UFO in the early nineties.

The title track of reunion album ‘Hit The Ground’ was very impressive, ‘Crazy’ not quite as much before a too short set ended with the old Grand Slam ‘epic’ ‘Sisters of Mercy’, boasting a very Emerald-like riff. It had me looking forward very much to their next headline set.

If Grand Slam still have novelty value,  the opposite is true of The Quireboys, touring constantly and seemingly on every festival bill. Indeed I’d seen both Spike solo and the band acoustically this year, but this was the full band experience. 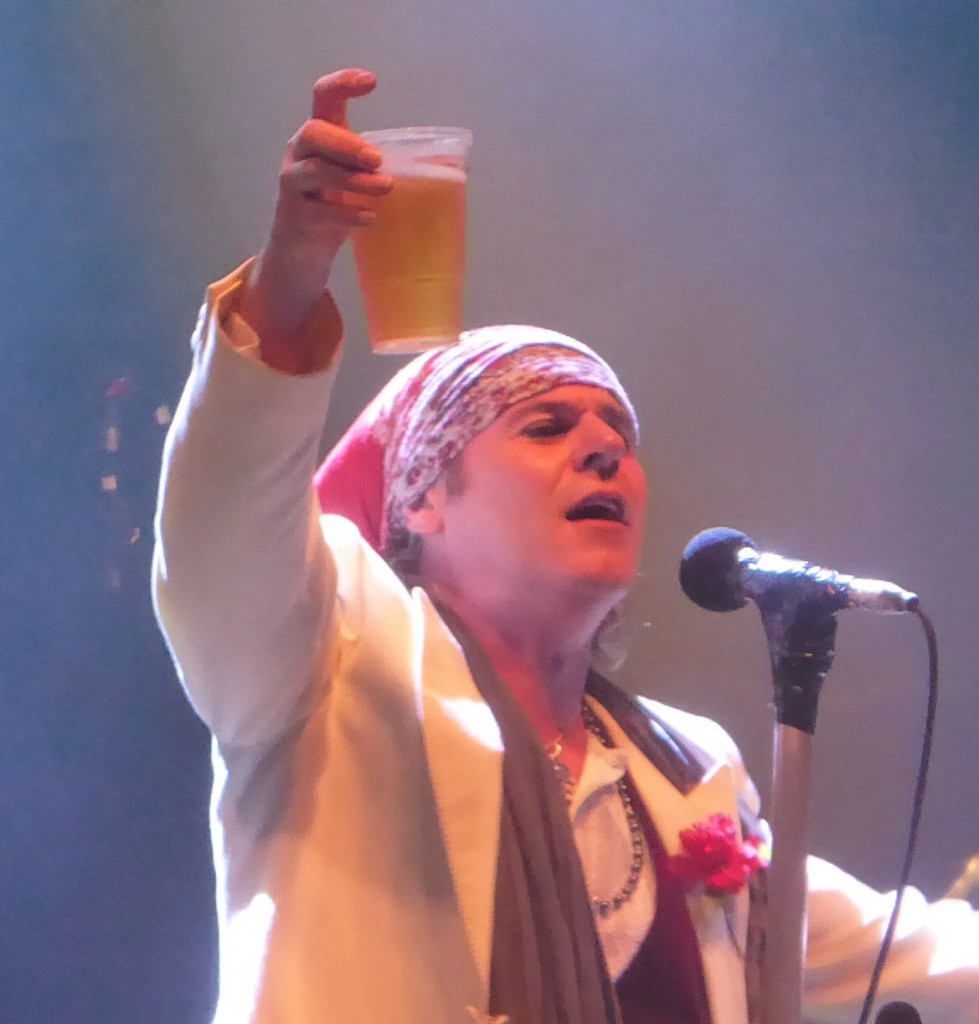 Coming on after an extremely rapid changeover, from the moment Spike cheerily waved a pint in the air, there were mass singalongs to ‘Misled’ and ‘Man On The Loose’, then Keith Weir’s piano intro led into ‘Long Time Coming’, and there was a great atmosphere, even though Spike’s vocals would not have withstood close scrutiny.

Though  a recording band to this day, an indicator of how enjoyable a Quireboys set is measured by how much of it comes from their ‘Little Bit Of What You Fancy’ debut. By the time of ‘Whipping Boy’, where the band created some great atmospherics, it was clear the whole set would be taken from the album, loosely and belatedly celebrating its 30th birthday last year. 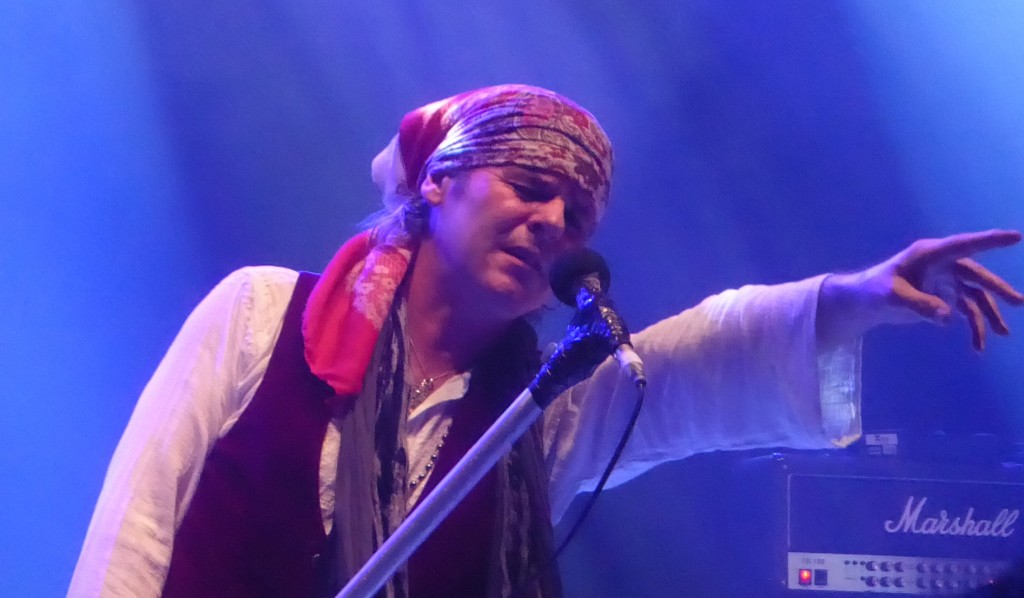 Drinks were spilled and fists punched to the twin favourites ‘Hey You’ and ‘There She Goes Again’, both sporting slide work from Guy Griffin. Indeed the guitarist with newly slicked back hair was extremely impressive in his understated style, none more so than on ‘I Don’t Love You Anymore’.

After finishing with further raucous sing-alongs to ‘Sweet Mary Ann’ and their biggest hit, the latter’s lyric ‘its 7 o’clock, time for a party’ was, with a bit of artistic licence on the timing, completely apposite. I should be over familiar and jaded with this material, and yet this was the most fun 40 minutes I’ve had in a long time. 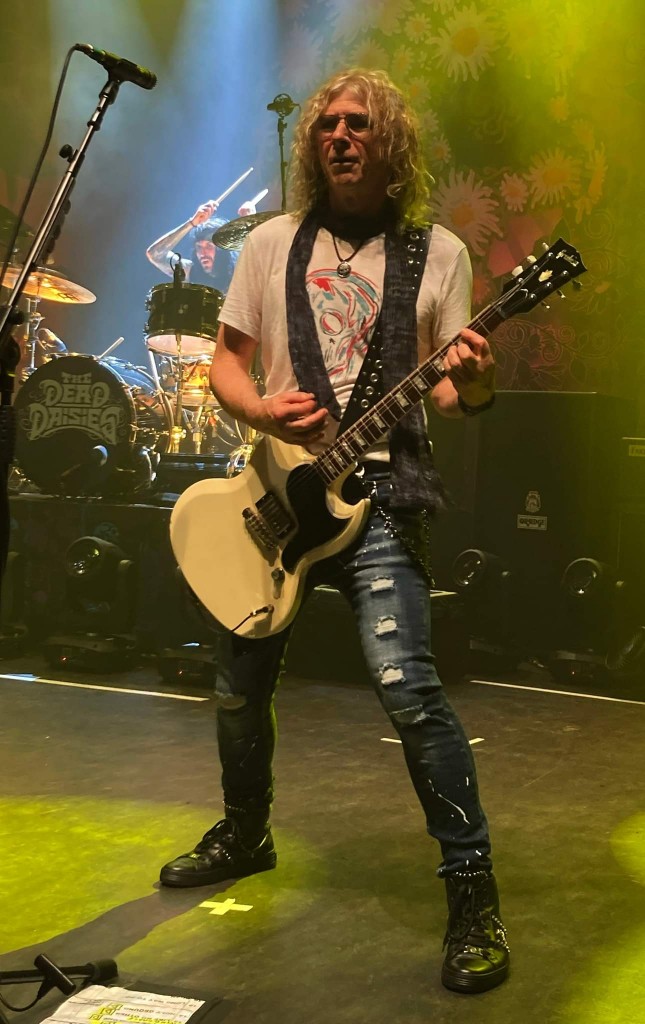 When the Dead Daisies came on to a rapturous reception and with a flawless light and stage show,  the musical dynamic was very different. The aggressive approach of Doug Aldrich on guitar and drummer Tommy Clufetos, allied to Glenn Hughes’ bass, made for an uncompromisingly heavy sound, albeit one lacking subtlety.

With the possible exception of his collaborations with Tony Iommi, it was certainly the heaviest thing Glenn Hughes has been involved with and fans of his soul and funk leanings would have searched in vain for those influences. At 70, the ‘Voice of Rock’ seems somehow ageless with his rock star’s hair, crimson jacket and strides and charisma.

Their material was mainly from recent album ‘Holy Ground’ but with a few from  its predecessor  ‘Burn  It Down’.  The opening songs which included ‘Unspoken’, ‘Rise Up’ and ‘Dead And Gone’- the latter almost the only one where David Lowy got a look-in on lead guitar – were a little samey and merged into one another. 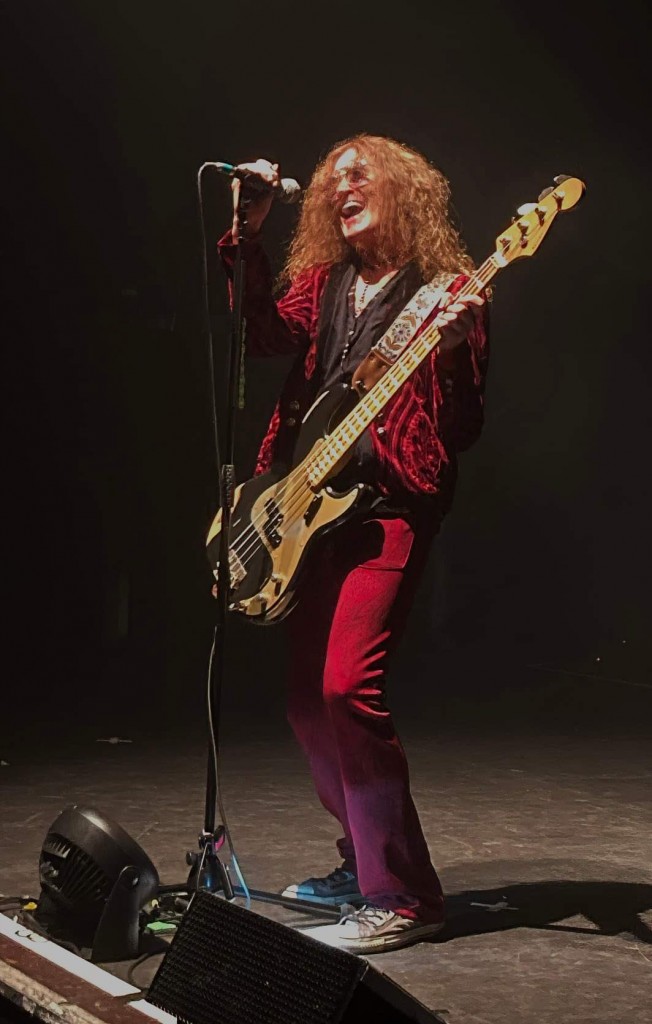 Glenn has such a distinctive style and generally only songs his own songs in concert so it was a little odd to hear him lending his voice to older Dead Daisies favourites like ‘Mexico’ and the bluesy ‘Lock And Load’.  Cover versions have always been a feature of the Daisies repertoire, though this time they restricted themselves to a couple,  one after the other,  in a furious ‘Fortunate Son’ and ‘Midnight Moses’, the ‘hey, hey hey hey’ chant tailor made for enthusiastic participation.

It would be a wasted opportunity for this band not to turn their hand to Purple classics, and ‘Mistreated’, apparently brought into the set since the start of the tour, had an epic feel with Glenn’s trademark screams and Doug whipping up quite the storm on guitar, as he had a few years back when in Glenn’s band. 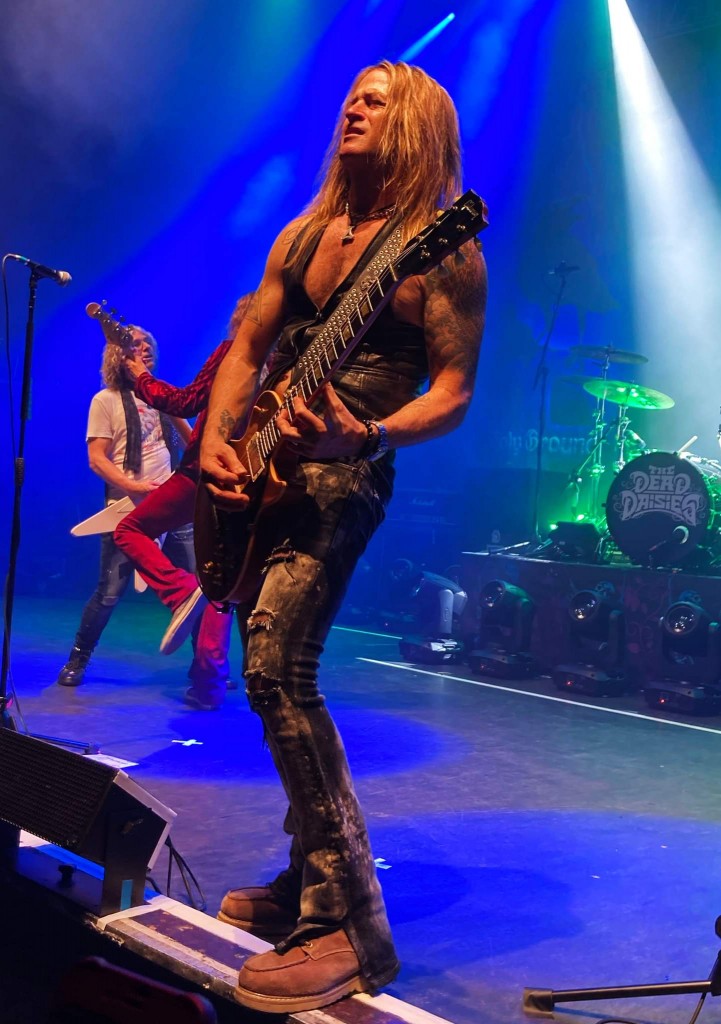 ‘My Fate’ and ‘Leave Me Alone’ became increasingly heavy, but for me they saved the best new material till last with a trio of ‘Saving Grace’, ‘Like No Other’ with some audience participation, and the title track of ‘Holy Ground’ which is the new song with most staying power that I found lodged in my brain after the show.

There were a pair of encores to complete an hour and 40 minute set:  ‘Long Way To Go’ seems established as a firm Daisies fan favourite, but to close there could really only be one song, a no holds barred ‘Burn’ with Doug playing with fire and fury to compensate for the absence of keyboards. 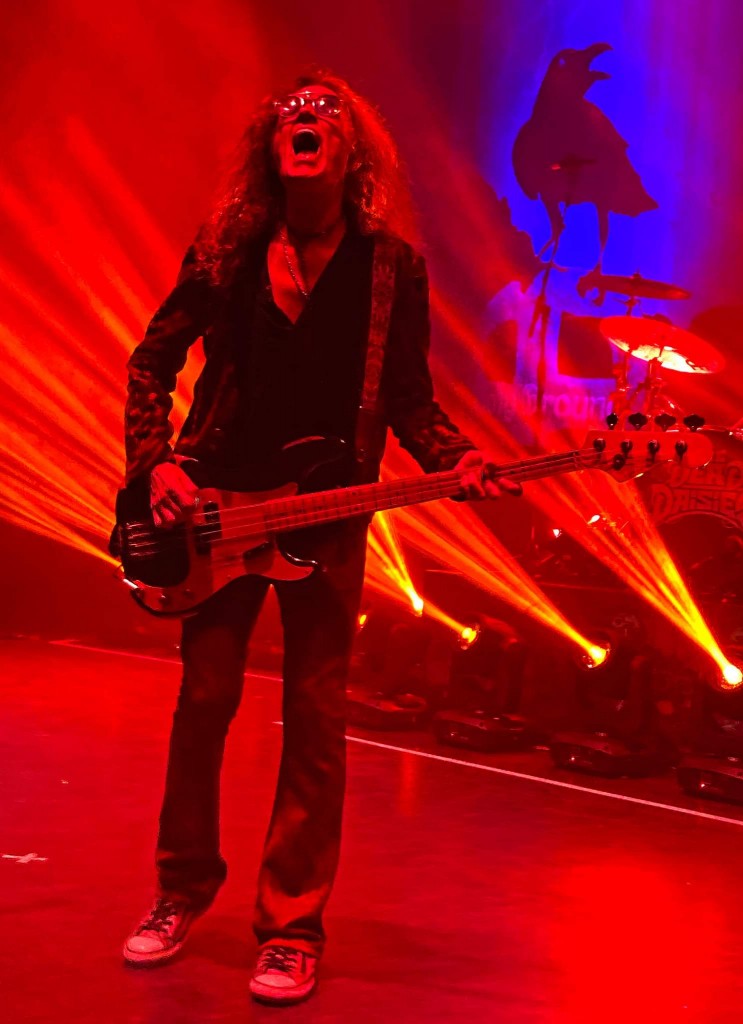 An abiding memory of the night was David Lowy’s evident pride as he introduced Glenn Hughes, seemingly unable to believe his fortune at persuading such a legendary name to join his labour of love. Glenn in turn seemed keen to convey that this was just the start of bigger plans with this line up. The crowd reaction this night suggested this new chapter in the Daisies mercurial career may be the best yet.