First in a series of gigs promoted by the Music Box and tonught was a three solo artist showcase, headlined by local lad Tom Webber.

Nicely staged with round tables and chairs providing a relaxed atmosphere, especially as appearing solo on stage must be a daunting prospect for many, as you have no band around you and all eyes and ears are focussed on you.

Opening the evening was a local singer songwriter Thom Lucas. Impressive set of alt rock/pop with new song ‘Suntan’ and ‘Moonwake’ stand outs. His one cover of the evening was a sterling verison of REM’s ‘Driver 8′, a band who Thom’s work reminded me of. Will seek out more of his music based on tonight’s set.

After a short break next up was Genevive Miles who had an indie pop sound. She had a very cheery onstage presence which didn’t always match her song’s lyrics! Certainly a lively performer and worth seeing if she plays near to you. 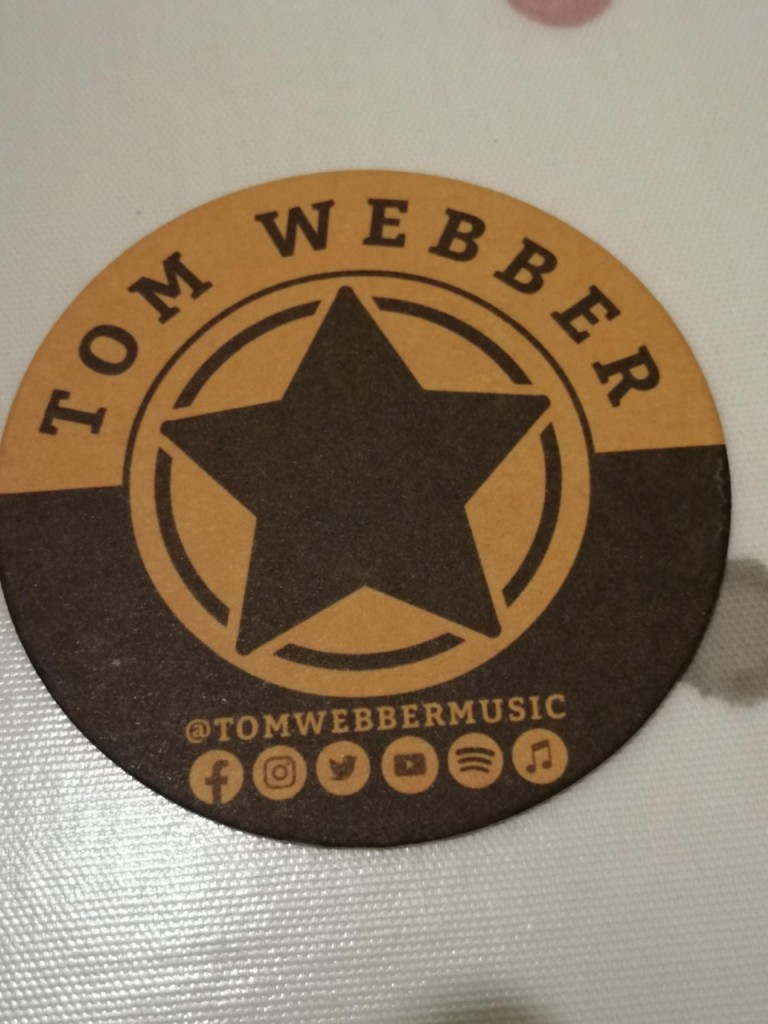 By day Tom Webber works at Starbucks at the Orchard Centre in Didcot but is hoping to develop a different career as a singer-songwriter. This was his first gig – a sell out on home turf. Good mix of ages too, many of which were family and friends, but also including many new listeners to his music like myself.

He has released on EP to date, ‘Stop and Think About It’, and musically he transports you back to the late 50′s and early 60s’, by way of Nick Lowe and Richard Hawley. One artist who he really brings to mind though are the Everley Brothers, particularly on ‘Still Got My Pride’  and ‘Words I Love To Hear’. His guitar playing is pretty darn fine too, be it on acoutsic or electric.

As well as his own songs he included a few choice covers including a stunning version of ‘Love Potion No.9′ (owing more to the orginal by the Clovers than Tyger Of Pan Tang’s version!). Plus a Billy J Kramer song, written by the Beatles, which I think was called ‘I’ll Be On My Way’. I was too engrossed in his set rather than remembering to make a note of the song title!

‘Martha’ finished the set to a standing ovation. Yes he’d won over a local crowd but after seeing and hearing him live he has that certain ‘something’ that will easily win over audiences far and wide. For instance he’d be a hit at the local Cornbury and Truck festivals next year I am sure.

After tonight he has another local gig this month, then support slots for Nine Below Zero, just down the road at the Arlington Arts Centre, and the legend that is John Otway.

Tom Webber is definately a name to watch out for as the lad oozes talent and has a lovely retro sounding vocal. He even has his own beer mats, I mean how rock ‘n’ roll is that?! 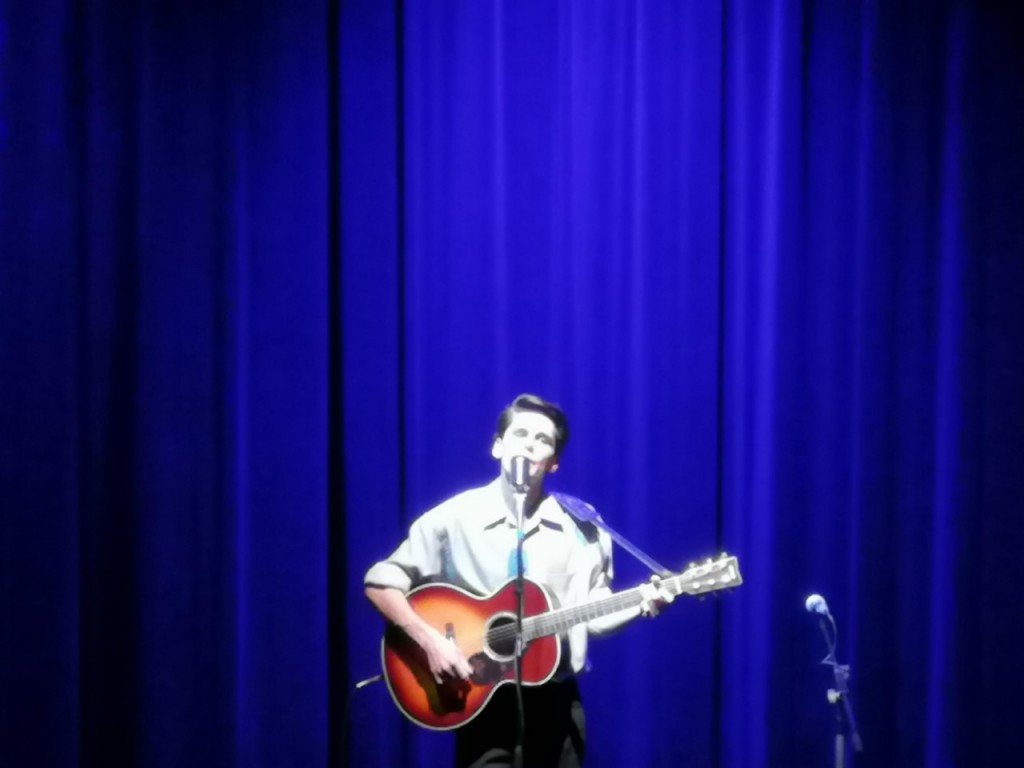