Posted on December 9, 2021 by andynathan 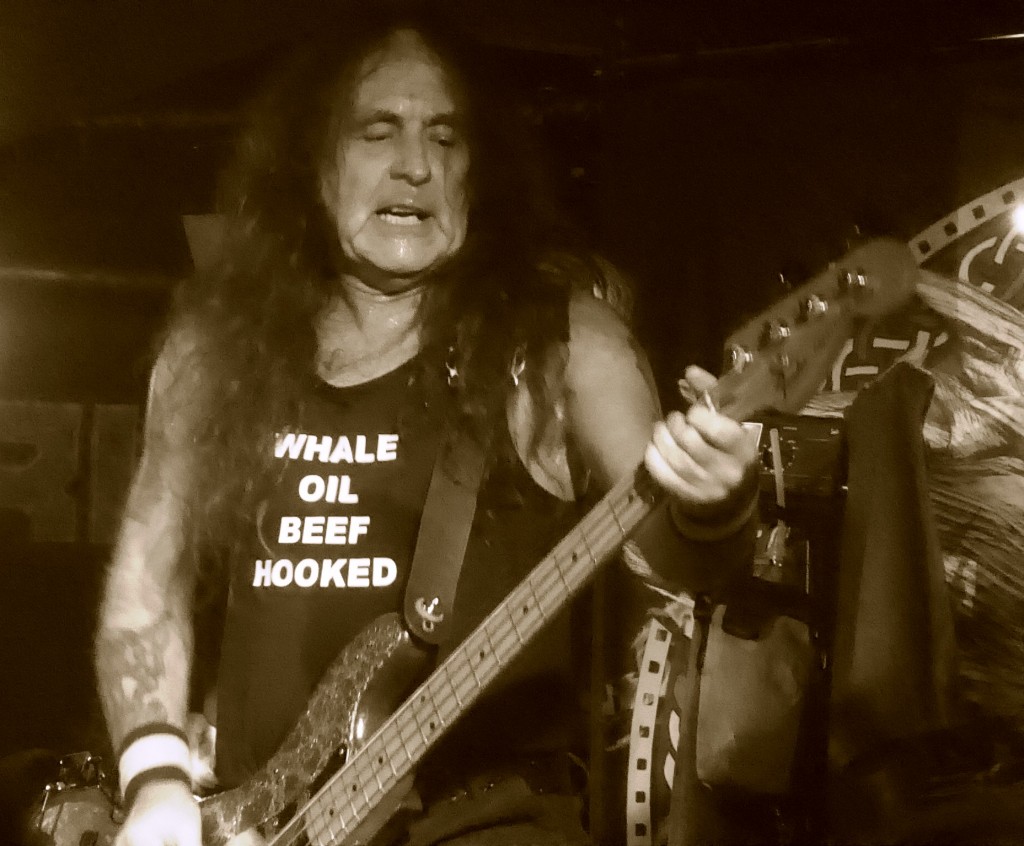 The phrase living legend is overused but in the world of metal Steve Harris deserves this description, as Iron Maiden’s founder member, single-minded visionary, principal songwriter and with his prominent bass playing a big part in the band’s sound. Hell, when Edguy singer Tobias Sammett wrote his tongue in cheek ode to England, the chorus was ‘but England’s got Steve Harris’.

2021 saw Maiden return with the acclaimed ‘Senjutsu’ and many of us are looking forward to seeing them tour, but in the meantime he has been keeping in touch with his club-sized rock n roll roots,  with side project British Lion whose own sophomore album appeared last year just before the pandemic. 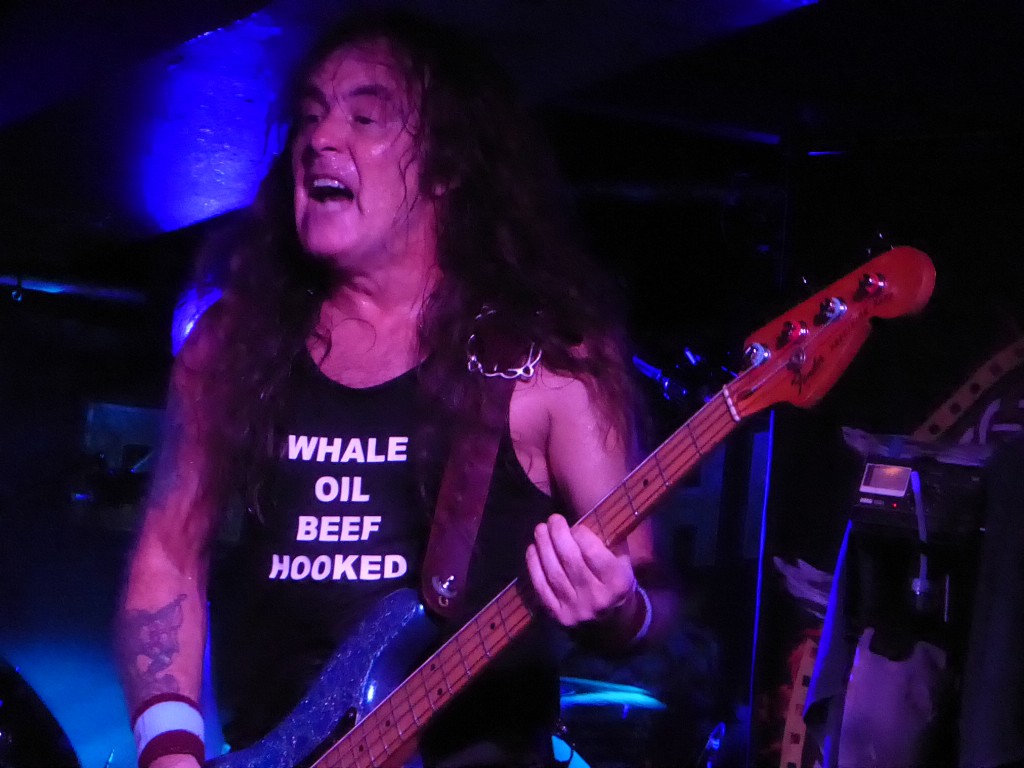 When a tour with the Darkness fell apart over a dispute over covid protocols, they headed out on an equally extensive tour of their own at short notice playing some distinctly unlikely rock n roll venues. Indeed the Underworld was probably one of the bigger venues on the schedule but was packed, uncomfortably so at times, with a keen international audience.

As was to be proven later, British Lion are a very fine band in their own right, but let’s address the elephant in the room here- on their own they would not be a significant draw and the majority of people, if they were being honest with themselves, were here for a close up view of one of their musical idols. 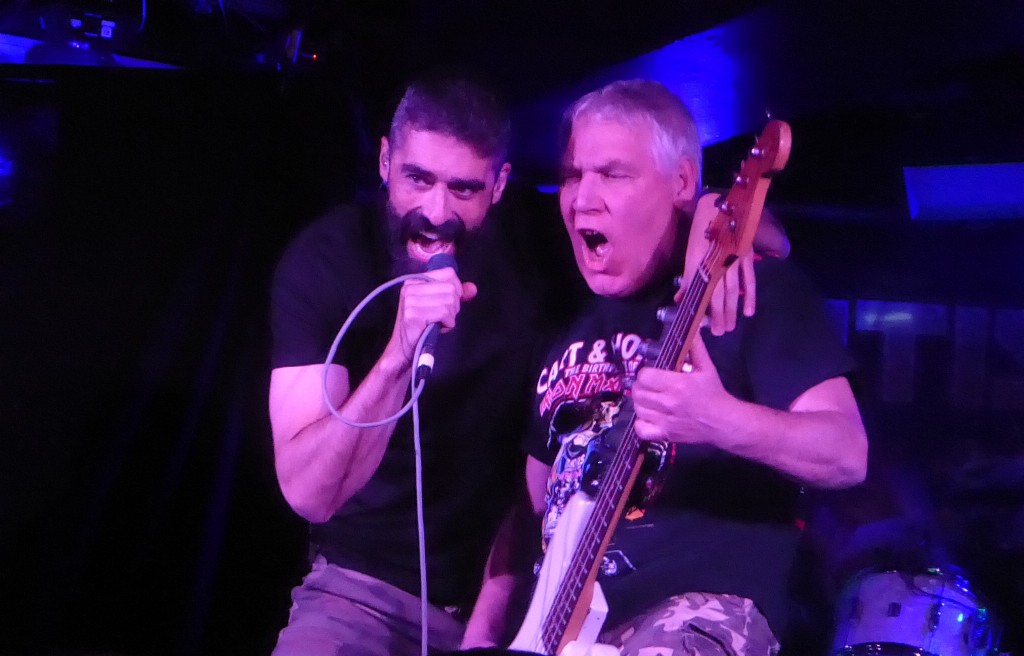 So they would have been even more delighted with support band Airforce, who have a bona fide Maiden connection in the shape of Doug Sampson, one of the drummers in their early years. I did a double take as my friends and I made our way from the back bar (with a bottle of Trooper, naturally!)  to the sound of a Battle of Britain spoken intro, then vocals on opener ‘Fight’ staggeringly close to the multi-octave ‘human air raid siren’ days of Bruce Dickinson.

Though there was only one guitarist (the very able Chop Pitman), the similarities to eighties Maiden kept recurring, from battle style chants to vaguely familiar song titles like ‘Son of the Damned’ and ‘Band of Brothers’. Bearded Portuguese singer Flavio Lino was an energetic presence constantly involving the crowd. 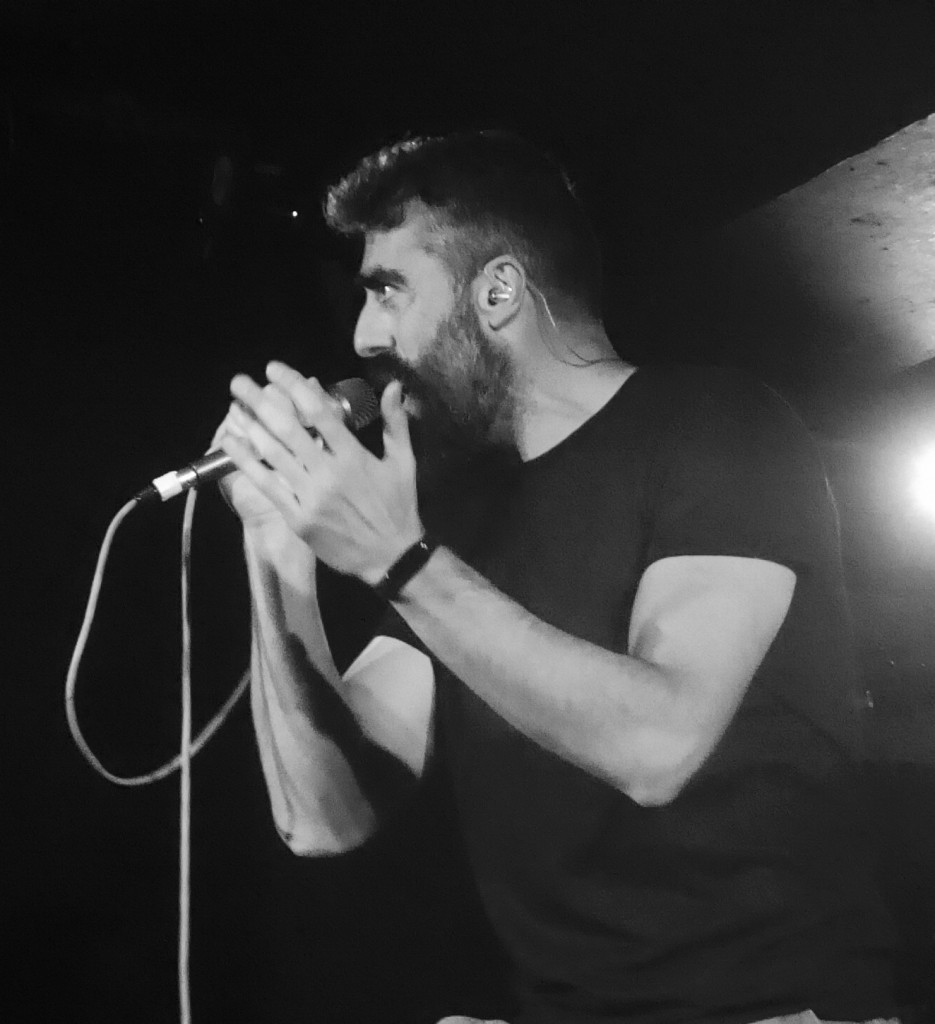 ‘Finest Hour’ was their fast paced number and a thoroughly enjoyable 45 minute set closed with ‘Sniper’ where just for a change Flavio ended it with a Rob Halford-esque scream.

On record British Lion are somewhat more melodic than Maiden, but the gap was closer in the live environment with a loud sound and Steve’s thudding bass as prominent in the mix as you would expect. He charged from one side of the stage to the other, mouthing every song and wielding his bass at the front rows with a big grin, exactly the figure we know from Maiden shows, except we were seeing him at substantially closer quarters, where the energy of this 65 year old was even more phenomenal to witness. 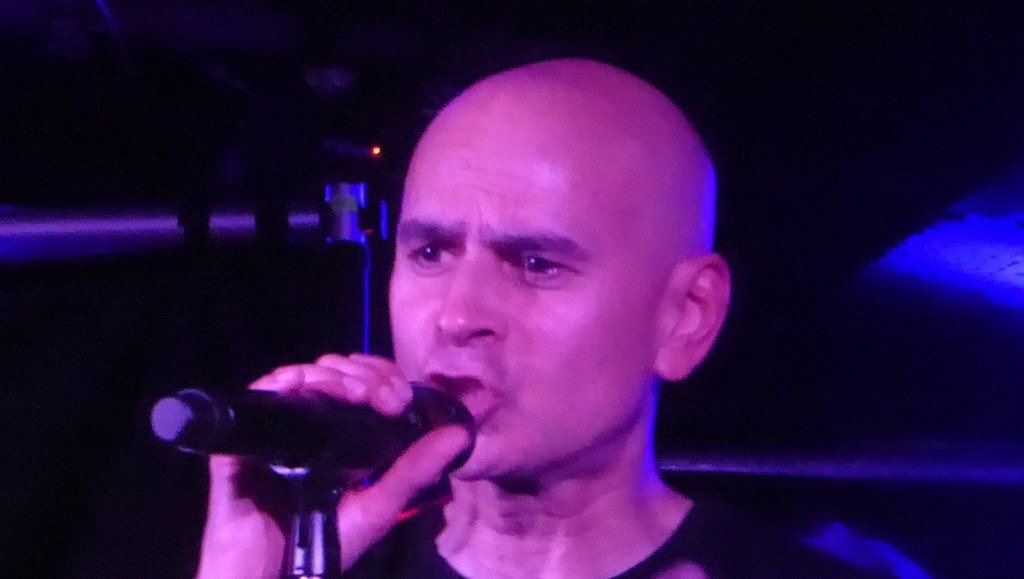 They opened with ‘This is My God’ and ‘City of Lost Angels’,  featuring some powerhouse drumming from Simon Dawson, while most of the songs stuck fairly closely to their recorded counterparts. Richard Taylor’s smooth and slightly high pitched voice is somewhat unusual for a metal band, but he hit all the notes perfectly, most comfortably on more melodic numbers like ‘The Chosen Ones’.  His slight frame and shaven head made quite a visual contrast with the towering hirsute guitarists, Dave Hawkins and Graeme Leslie, on either side of the stage.

Impressively, with chat kept to a minimum, a generous hour and a half set was packed to the brim with 16 songs, without needing to resort to the choice covers they played when I last saw them headline some eight years ago. 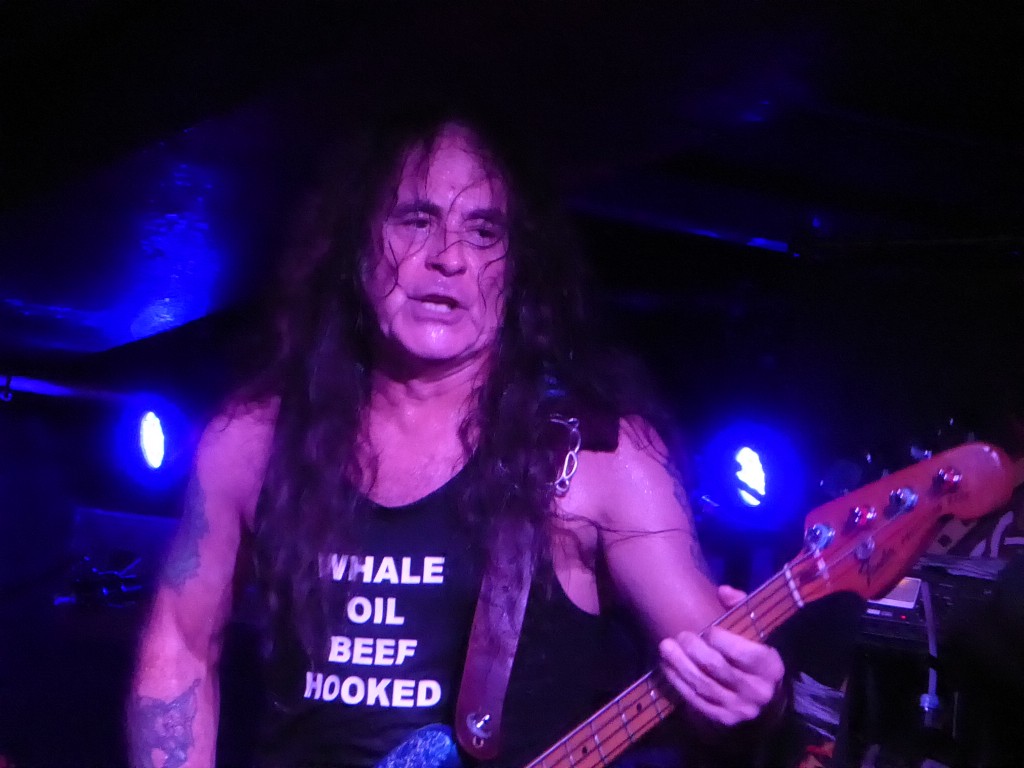 The songs have their own style and only occasionally did Maiden-isms surface: a guitar sound reminiscent of ‘Wasted Years’ at the start of ‘The Burning’, which also featured a twin guitar break that they otherwise use more sparingly than Maiden; and ‘Spit Fire’, with a slow intro leading into some riffing led by that galloping bass line.

The set did get a little samey in style and tempo other than Richard occasionally adding acoustic guitar to the likes of ‘Judas’, and therefore began to merge into one another. However things noticeably picked up late on with two of the more immediate songs in ‘Us Against the World’ with the two guitarists pulling shapes together when Richard temporarily left the stage, and ‘Last Chance’. 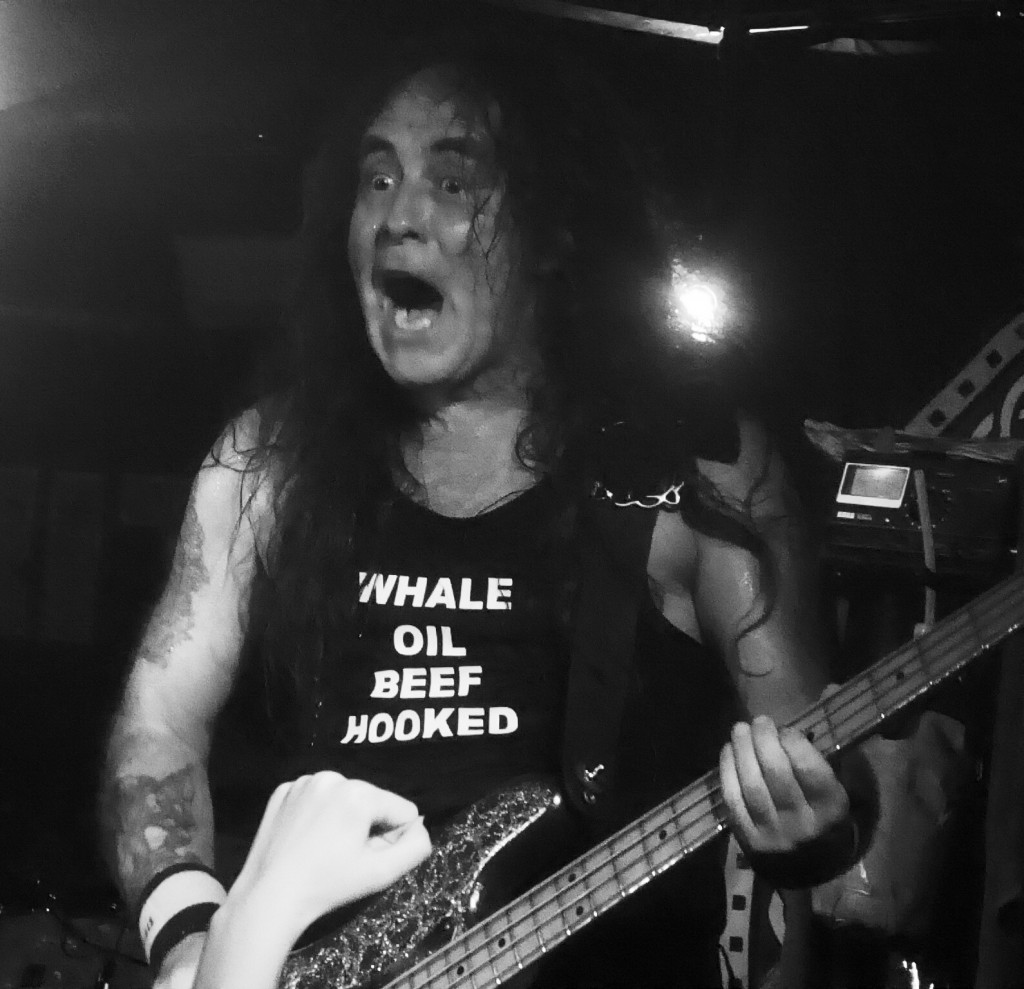 They didn’t go off for an encore as such but finished with two of their more anthemic songs from their debut so there was plenty of fist pumping to ‘A World Without Heaven’ and Eyes of the Young’.  It was a fine evening’s music, but the abiding memory was the chance to see Steve Harris at his majestic best, yet still just one of the boys, at such close quarters.