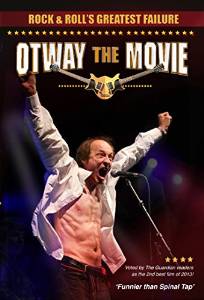 Welcome to the Brave New World/1984 as this was the first gig I was asked to show my covid pass. Sign of the times but if it keeps live music and entertainment going then it is a small price to pay considering the hit on incomes artists and venues & their staff have taken these past couple of years. Sadly it certainly hit the audience numbers tonight but those that were there certainly enjoyed themselves and we had a couple of hours escaping the crazy world out there.

Support came from local lad (well if you live in Didcot like me) Tom Webber, who was excellent when I witnessed his headlining gig at Cornerstones last month. My gig buddy for the evening Bob was suitably impressed by Tom’s performance too. He has that certain something and just needs that bit of luck to get him more widely known.

His set included his own songs ‘Martha’ (this one has massive hit potential I feel) and ‘Words I Love To Hear’, plus a few choice covers including ‘Love Potion No. 9′ and his set ended with a seasonal classic, Chuck Berry’s ‘Run Rudolph Run’.  Even the man himself John Otway watched Tom’s set, a nice thing to do in my eyes.

I first saw John Otway back at Stripes Bar, Brentford back in 2004 when he appeared solo. Tonight was the first time seeing him backed by his Big Band, who he informed us during the course of the evening, will have been together thirty years in 2023.

Not many pop/rock stars start their set of with one of their two hits, but then this isn’t any ordinary pop star… His 1977 hit ‘Really Free’ started things off in suitably manic style, swiftly followed by the single’s B-side ‘Beware of the Flowers (‘Cos I’m Sure They’re Going to Get You Yeah)’, which as Otway wisely informed us sold as many copies as the A-side!

The band really add some ‘oomph’ to ‘Delilah’, where Otway shows his punk rock roots (and speaking of roots, he reminded me of a hyperactive Max Wall – younger readers ask your grandparents who he was!).

Prophetic as the man himself said when introducing ‘I’m Cured (And I Can’t Catch Love)’, which involves plenty of injections in its lyrics! It really is an alternate world Otway and his band inhabit, as the use of a coat hanger with seven bits of sticky backed plastic demonstrated on ‘Louisa On A Horse’. This allowed him to roam stage hands free with the mic attached to aforementioned coat hanger, Madonna style as he put it.

His other hit ‘Bunsen Burner’ is rocking affair complete with theremin solo and the use of the venue’s glitterball. Well, it is his disco hit… There was audience participation on ‘The House of the Rising Sun’. In Otway world the start of the song is turned into a spoken word call and response, before the band all join in. The bonus is you get a guitar solo AND stylophone solo. Beat that Clapton!

‘We Rock’ does just that, albeit in the chaotic way only Otway and his band can.

His latest album  ‘Montserrat’ (released in 2017), saw the frankly bizarre but hugely enjoyable song ‘Seagulls on Speed’, with a finale of Otway wearing a seagull’s head mask, as you do…

For an encore we had ‘I Shouldn’t Be Doing This’ – a mantra many of us can agree with I am sure – and his romantic song ‘Geneve’, which is possibly a hit that never was?!

What can you say about John Otway that hasn’t already been said? Not a lot, save to say we’re lucky to have such a legendary and entertaining performer still willing to give his all into every show. Go see him live, especially as he has his 5,000th gig coming up next year at the Shepherd’s Bush Empire.