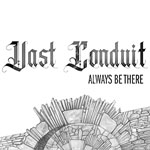 I have to admit I’ve never really been into the American prog rockers Enchant but – after hearing this – I think I should.  The band flourished in the neo-prog decade of the 1990s. Their debut album in 1993 featured Steve Rothery.  A spin-off of sorts is this latest album from the band’s keyboard player (since 2003) Bill Jenkins.

To those who appreciate Flower Kings or Spock’s Beard and even Toto in proggier mode you’ll find much to like here.  There is a jazz fusion influence strongly in evidence too.

If it lies on the softer ground of AOR/prog rock it is nicely orchestrated and there’s some tasty solos, mainly from Jenkins but also from guitarist Michael Harris.

Both musicians (along with bassist Jeff Plant) have also featured in the band Thought Chamber with Enchant vocalist Ted Leonard.  They  punctuate tracks like ‘Barrier’ and ‘Wesley Save Us’ with flamboyant flourishes throughout.  Vocalist Friel’s style is not dissimilar to  Leonard who himself has been compared to Steve Walsh (Kansas).

‘Always Be There’ is a real standout starting with Jenkins’ rolling piano motif and Harris’ fluid guitar. ‘Endless Days’ reminds a little of short-form Hackett. ’500 Miles’ and ‘Early Eclipse’ are Toto-esque in their immediacy.

The album is spiced with several superb instrumentals including ‘Soul Tuck’ , the jazz funk of ‘Too Busy’ (a great showcase too for bassist Plant), the fusion flavours of ‘Philly Etymology’ with Tom Abraira’s guest trumpet and ‘Of A Feather’ featuring Jim Hurley’s violin – a sort of more upbeat Mahavishnu Orchestra.

If the Enchant back catalogue now beckons – at least from the early millennium let’s not make this too arduous – what we really want to hear is a follow-up to ‘Always Be There’.  ****1/2