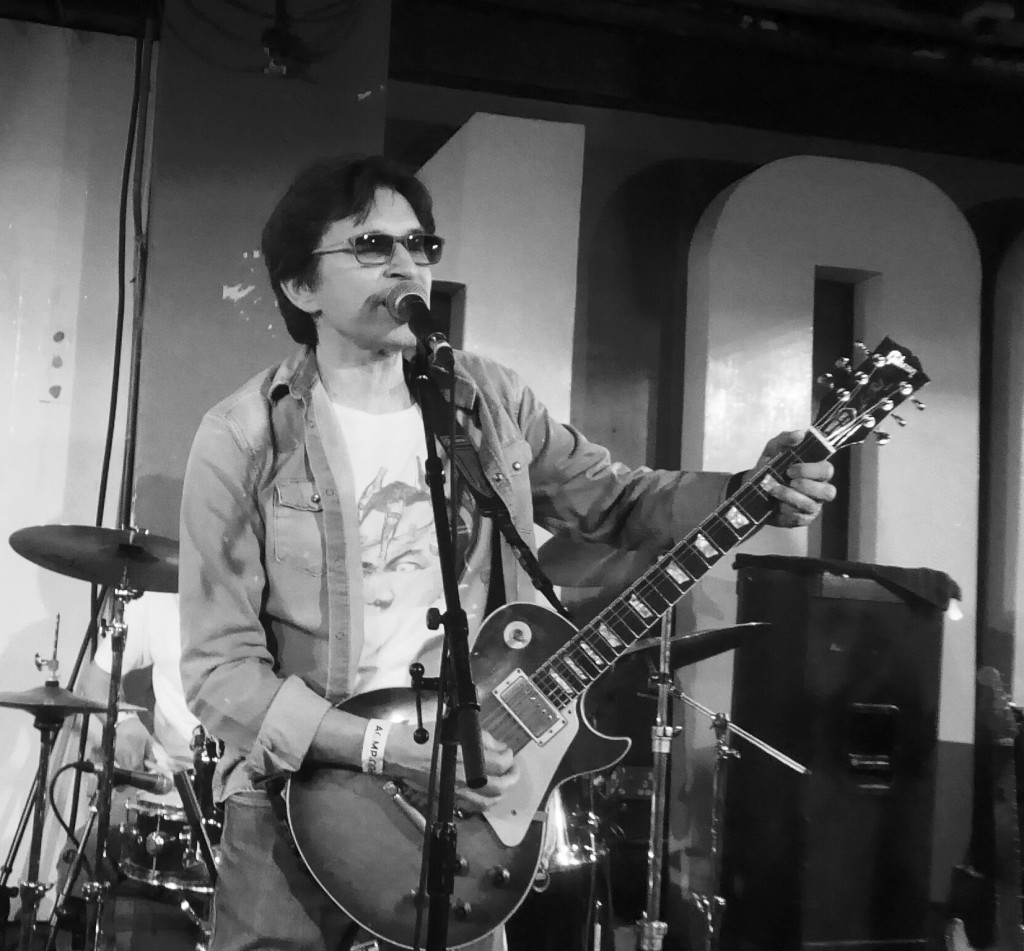 The over used word ‘legendary’ applies in Russ Ballard’s case, as one of the very best and most prolific songwriters for a wide range of pop and rock artists, not to mention a distinguished and long career as singer and guitarist  both with Argent and in his own right. His live shows over the years have been surprisingly rare and I had unfinished business as the one I saw about six years ago at the Leicester Square Theatre mainly comprised a sofa chat with Mike Read interviewing with relatively little playing.

As he hit the stage to a decent crowd at this august venue, his trim and youthful figure belied his 76 years- never was the old cliché about an ageing portrait in the attic more appropriate. Sadly he was without long-time collaborator Rob Henrit on the drums, who was ill with Covid and replaced by son Jos. He performed admirably considering he had only rehearsed once and although at times there was a spontaneous off-the-cuff feel it actually added to the charm of the evening. 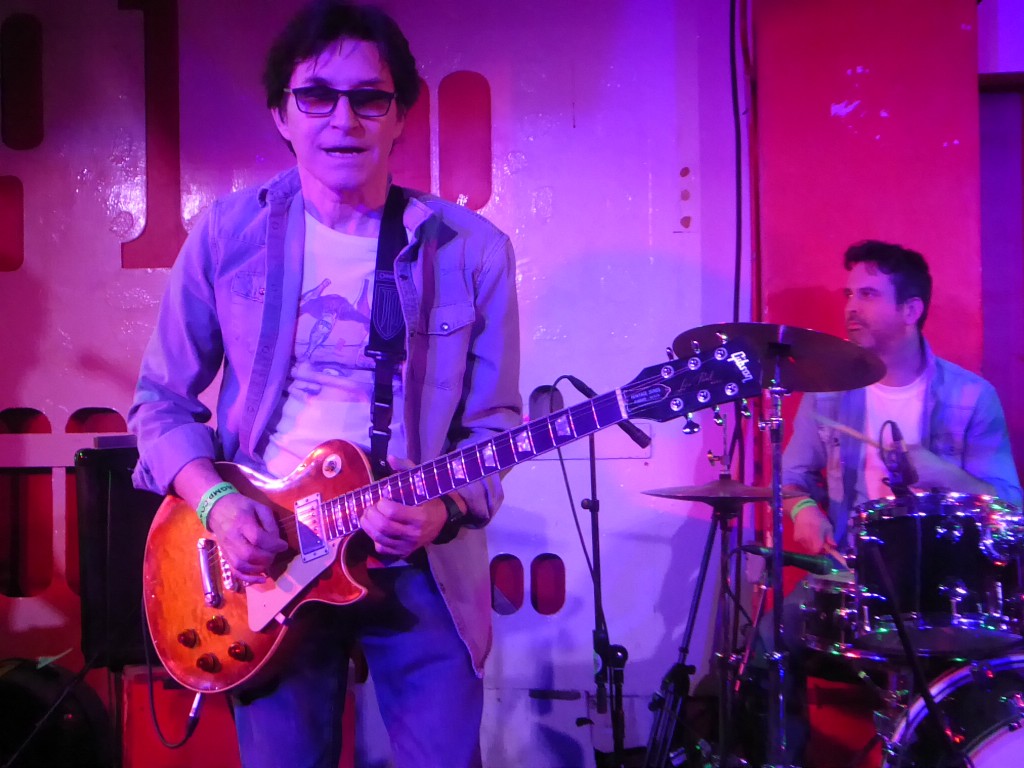 Legendary songwriter he may be, this was very much an evening to show off his own back catalogue, of which I was shamefully largely ignorant, and even the ones associated with other people had been recorded in some form by him.  He wore his fame lightly so the stories about them did not come over as remotely boastful.

His five piece band opened with a sprightly ‘Rene Didn’t Do It’ with some slashing powerchords and the rather darker ‘It’s My Life’, before a pair of songs that were classic mid-eighties AOR in ‘Playing With Fire’ and- complete with sound effects-  ‘Dream On’, which I recognised from King Kobra’s cover. After ‘In The Night’, recorded by Ace Frehley, came the rather jangly ‘Time Machine’, surprisingly just a solitary cut from his most recent album ‘It’s Good to Be Here’. 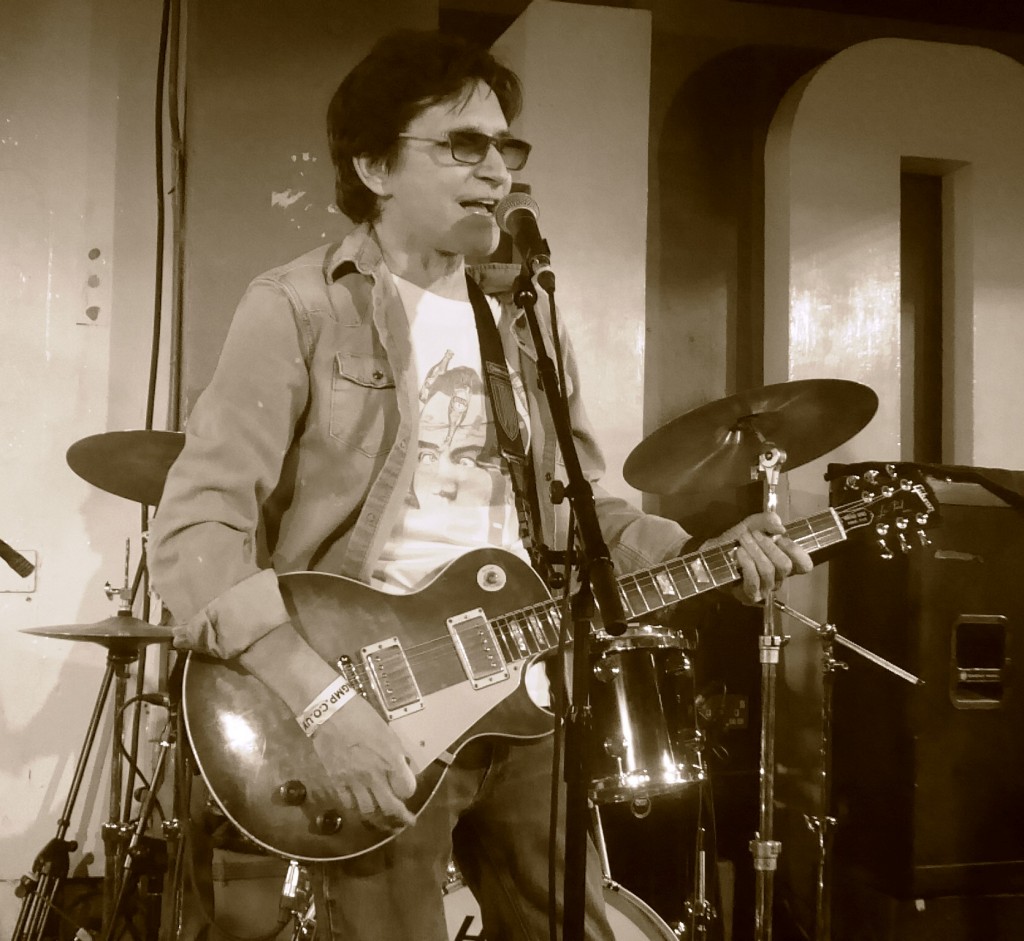 Though he didn’t mention it, it was clear from close quarters he was suffering with a sniffle but some fine backing vocals minimised any adverse effect on the sound, while I newly appreciated what a fine guitar player he was, coaxing a lovely tone from his Les Paul on some short but pithily melodic solos.

Nevertheless by this stage people were itching for some more instantly familiar material- and with convenient timing just as an audience member proffered the original 7 inch single to be signed, ‘Hold Your Head Up’ obliged, Russ playing his Stratocaster with swiss cheese-like holes and Marc Rapson doing a fine job of emulating the pomp of that unmistakable Rod Argent keyboard solo. 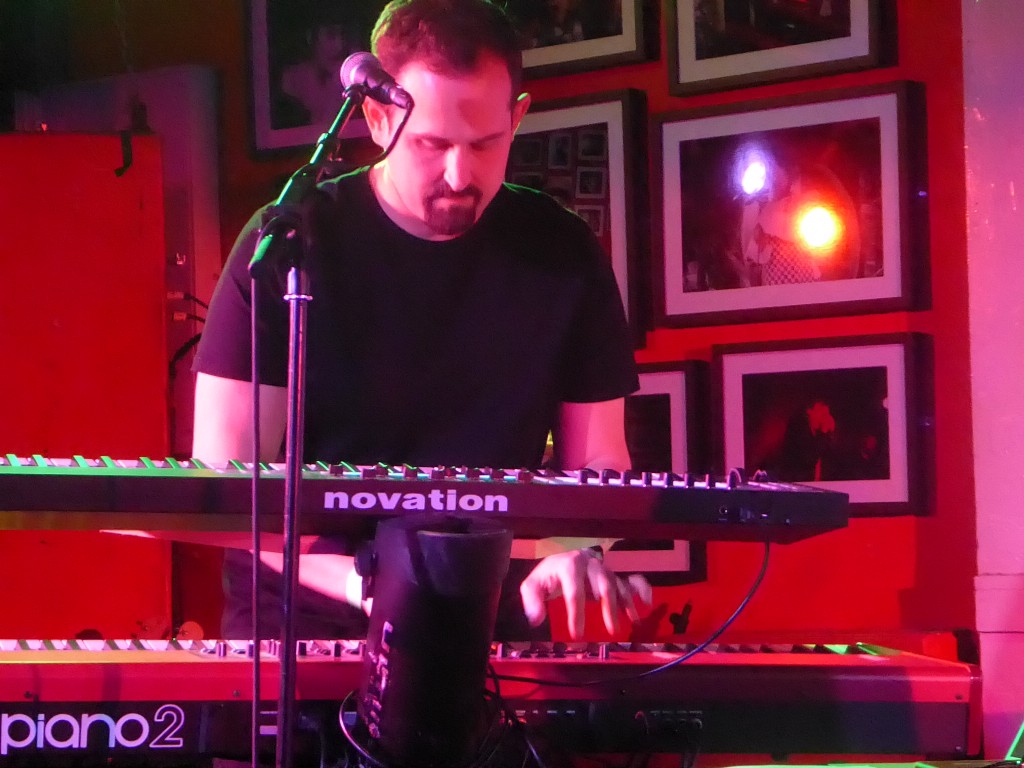 Russ then told an anecdote about being inspired to demo an R’n'B styled song ‘So You Win Again’ but his management saying it required a black voice. I’d not fully appreciated before quite what a great song it was, but it was truncated as the first part of a medley of songs, each introduced with ‘I wrote this hit for ..’, including Frida’s ‘I Know There’s Something Going On’, America’s classic soft rocker ‘You Can Do Magic’ and ‘I Surrender’- rhythm guitarist Roly Jones chipping in with the vocals on both of those –  and finally ‘New York Groove’ with that classic glam rock stomp making me want to punch the air.

The old Argent classic ‘Liar’ was given fresh life with an atmospheric arrangement notably from Jos’ kick drum and Marc’s keyboards. Equally impressive was a period pair from the mid-eighties in the  ‘The Fire Still Burns’, whose moody feel added to an arena-worthy chorus had me wondering at my folly in swiftly returning my cassette of the eponymous album to a secondhand shop back in the day; and ‘Voices’ with more great keyboard wizardry and vaguely funky overtones. 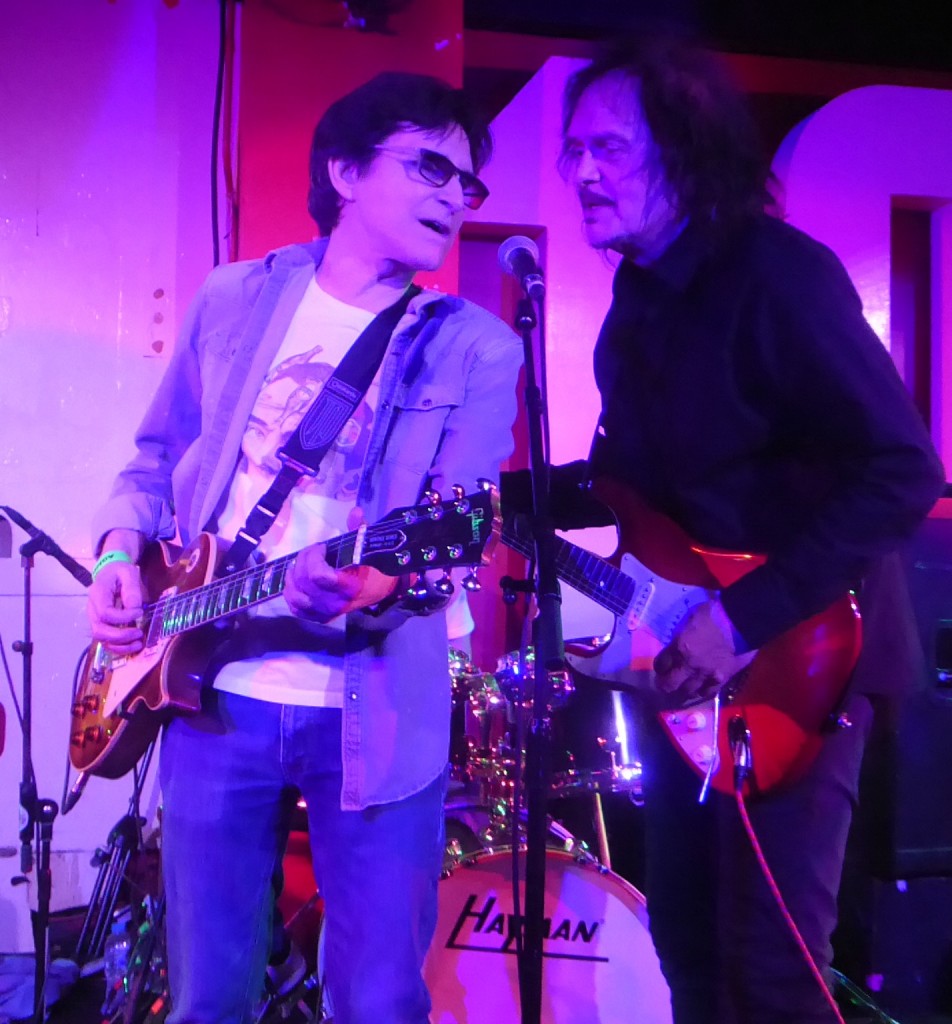 Sandwiched between them, and cheekily introduced with an Irish reel, was ‘Since You Been Gone’, my first ever exposure to his writing. It naturally got a huge reaction but I actually preferred the less well known songs on the night. The inevitable closer was ‘God Gave Rock n Roll to You’ with all of the instruments combining superbly on what was perhaps one of the first rock anthems, with Russ conducting a lusty singalong midway through.

For the encores he said he wanted to relive his and Robert’s earliest playing days, with a couple of Chuck Berry standards in ‘Reeling and Rocking’ and ‘Little Queenie’. Things became distinctly looser at this point culminating in him wandering over to the keyboard for a fun duet with Marc, prior to taking over for the ballad he wrote for Colin Blunstone ‘I Don’t Believe In Miracles’. In contrast set closer ‘Its Too Late’ was one of the heavier and less commercial songs of the night. 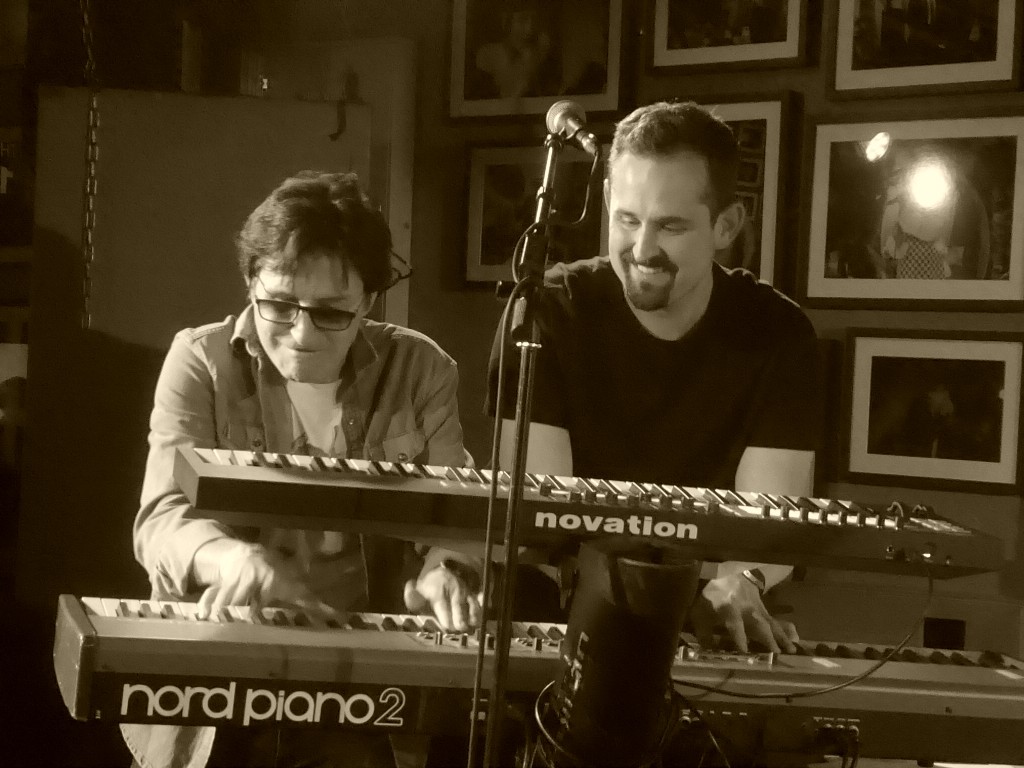 By now the hour and a half long set length had been extended by nearly half an hour and yet at the end he was still chatting with fans on the edge of the stage. As a seasoned gig goer it is harder for me to be surprised these days but, as a fan with a more casual awareness of his work, I was stunned quite how good this show was.

Featured Artist at Get Ready to ROCK! Radio