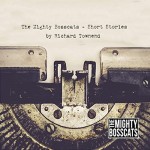 There’s a lovely song on Richard Townend’s new ‘Short Stories’ album called ‘Everyman’. It’s a punchy track full of vibrant New Orleans influenced piano, nifty picking, a dreamy organ and a simple, but significant lyric;  “Everyman’s got a song’, before he concludes: ‘I am an everyman’.

And in his role as a song-driven social observer and teller of tales, Townend is a repository of hundreds of such tales, 13 of which make up this delightful album.

He has an eye for emotional detail that he weaves into a tapestry of narratives that shift from the observational to the questioning. He rarely preaches, though frequently finds room for a significant message, as on the ragtime and Leon Redbone influenced ‘Listen Up A Little’.

“So always consider, these words of a fool, cause they got the scars, made the mistakes for you.”

The Mighty Bosscats line-up comprises well chosen guests who bring additional colours to his musical palette.  Russian pianist of Anton Ilyin is a revelation in his choice of styles ranging from pregnant one note motifs to variety of styles, while Dennis Nazaroff and Marcus Cliff (Mark Knopfler and Manfred Mann)  share the bass parts alongside  David Flanagan on double bass.

Richard Townend makes the best of his own limited vocal range by cleverly fattening choruses or occasionally just the one line with a vocal block.

He also varies his own vocal attack, from an unflinching nasal tenor to a more JJ Cale style whisper. Just like his delicate guitar work, his vocals always serve the song at hand.

And ultimately songs are what this wordsmith is all about. He’s driven by a mix of passion, emotion and an innate ability to get inside the minutiae of everyday life.

This extends to the altogether more difficult challenge of writing about a mass shooting as on the poignantly observed ’Parkland’.

Its rumination on a mass high school shooting and the results of lack of gun control, but written in a way that never panders to clichéd politics.  He sets out the emotional impact in a community, on a beautiful arrangement with gospel bv’s and an ethereal climactic solo over portentous drums.

By the time his last tremulous note fades into the ether as he’s made his point both lyrically and musically, leaving the listener to make their own obvious value judgement.

‘Short Stories’ is an album with a lyrical aesthetic, illustrated by his choice of old school type writers on the cover and inner sleeve, which perhaps alludes to the painstaking craft that has gone into his lyrics.

He opens in a more general vein with ‘Got To Pay Your Dues’, which could almost be a mission statement for who he is. It benefits from lovely languid feel, with delicate double tracked guitars, pulsating drum work and thoughtful lyrics.

He seems to have made his point on the chorus: “Some people listen, some people don’t. They say what you give you get back as your own, Got to pay your dues.”

But he uncovers a denouement as some ethereal slide guitar leads him to the closing couplet: “All the work and struggles, sleepless nights and falls, Will pay back in dividends when you least expect the call,” complete with an unexpected, but worthy shuffle drum outro.

They say you should always open with your best card, and Townend does so by making a statement about his own life long commitment to music that has something to say.

His stories consistently engage us. There’s barely a wasted word or redundant note in a superbly crafted album that feels as if his previous 12 albums have naturally brought him to this point.

Listen for example, to the title track which is a lovely exposition of who he is: “I know it’ll never be one of those fancy best sellers, But if it has a happy ending I’m ok with that.”

It’s his search for meaning, his exploration of emotions and the resulting magical confluence of words and melody that makes this track special. It also gives him the ability to achieve his goal, which he tells us is: “I want to write a story which touches your heart.”

And it’s not just his ability to tell stories, but also the fact he is able to lead us to such wide variety of tales over 13 songs which flow from beginning to end to evoke the chapters he sings about.

For example, while both ‘The Painter’ and the closing ‘You Are Amazing’ are love songs, he branches out into eco concerns  on ‘The Stupidity Of Man’, adding a whispered vocal to help draw us into his heartfelt lyrics delivered over a drifting piano line.

On ‘Rambling Radio’ he uses a lovely swampy groove on another lyrically adroit piece, full of tremolo guitar, soothing bv’s , and Knopfler style sinewy guitar as he delivers an almost weary but flinty denunciation of the mainstream media:  “There’re always three sides to a good story, Your side and their side and the side of truth.”

He arguably reaches a musical peak on ‘Rolling Bye’, on a great example of his wistful style that draws on his subconscious to magically coalesce memory, music and songcraft on a melody that offers us a subliminal reminder of JJ Cale’s ‘Magnolia’.

‘Short Stories’ is shot through with the kind of honesty, passion and a characteristic lightness of touch that has given Richard Townend his enduring presence in the blues and roots rock market.