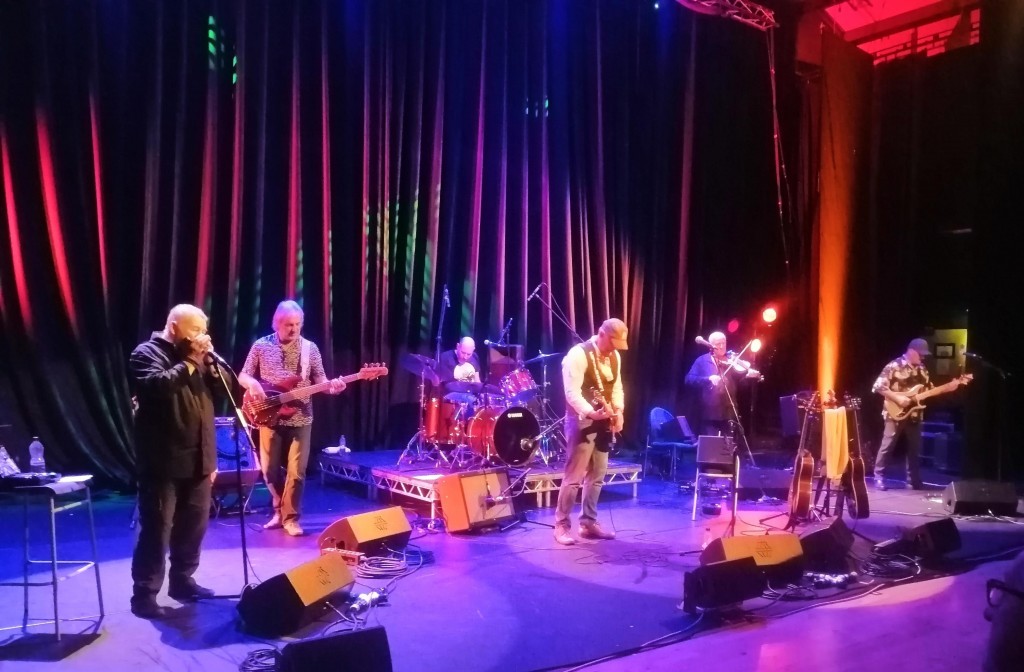 Back to the wilds of the Oxfordshire countryside for my second visit, and indeed second indoor gig of the year, to the Arlington Arts Centre. Tonight’s draw was the Gary Fletcher Band, who fellow GRTR! scribe Andy Nathan wrote glowing review of the gig back in October 2020 where Gary Fletcher was performing with guitarist Nick Ritchie (Mud).

The set featured almost all of his recent album ‘River Keeps Flowing’, which GRTR!’s Pete Feenstra enthused about in his album review - ”‘River Keeps Flowing’ is an excellent album that brings fresh reward with repeated listens.” Unfortunately like many artists he was merrily touring and selling his new album in early 2020 before the pandemic hit, which meant a long gap from live shows and now he is back touring the album again.

The music is a lovely mix of Americana and blues with a little bit of folk, mainly from the wonderful violin of Tom Leary. ‘No Shadow On The Wall’ and ‘Back To Your Heart’ were standouts in the first set. Nick Ritchie is a fine lead guitarist, never overegging his solos and seemingly at ease doing blues or more countrified solos.

Their version of ‘Nobody’s Fault But Mine’ was worth the admission price alone. Slow and bluesy, with Alan Glen playing his harmonica like his life depended on it. With his little case of harmonicas he certainly had the easiest load-out of the band.

After the interval (which some of the audience came back late having seemingly enjoyed the bar a bit too much!) we were treated to more off the new album. ‘Jacob Burkle’, who used his house as a way station on the Underground Railroad for runaway slaves. It is one of those type of songs I personally love that relate a true story through the power of lyric and song.

‘Don’t You Come Creeping’ gets the old feet tapping away and like much of the set puts me in mind of Dire Straits and 90′s era Robert Plant.

‘You Can, You Can’ gave a chance for Andy Billups and Sam Kelly to be in the limelight trading bass and drum solos. The song itself was one of the more rocking numbers of the set. Just shows what talent this band possesses and how lucky we are that artists like this still love playing live, even to a select crowd.

The set closed with the Blues Band favourite ‘Greenstuff’, written by Gary and one that got the audience clapping along to. To be fair I was one of the youngest at the gig, not normally the case these days!

The gentle and autobiographical ‘That’s My Way’ was the final number of the night, with Gary joined by Alan Glen.

As the gig scene starts to get back on track it does seem that for many shows the audiences are still cautious coming out, as tonight’s audience was suitably socially distanced as Gary Fletcher joked from the stage early on in the evening. If he appears locally to you, in either solo or band format, get along to see him as you are in for a night of supreme musicianship and a damn fine night of live music.