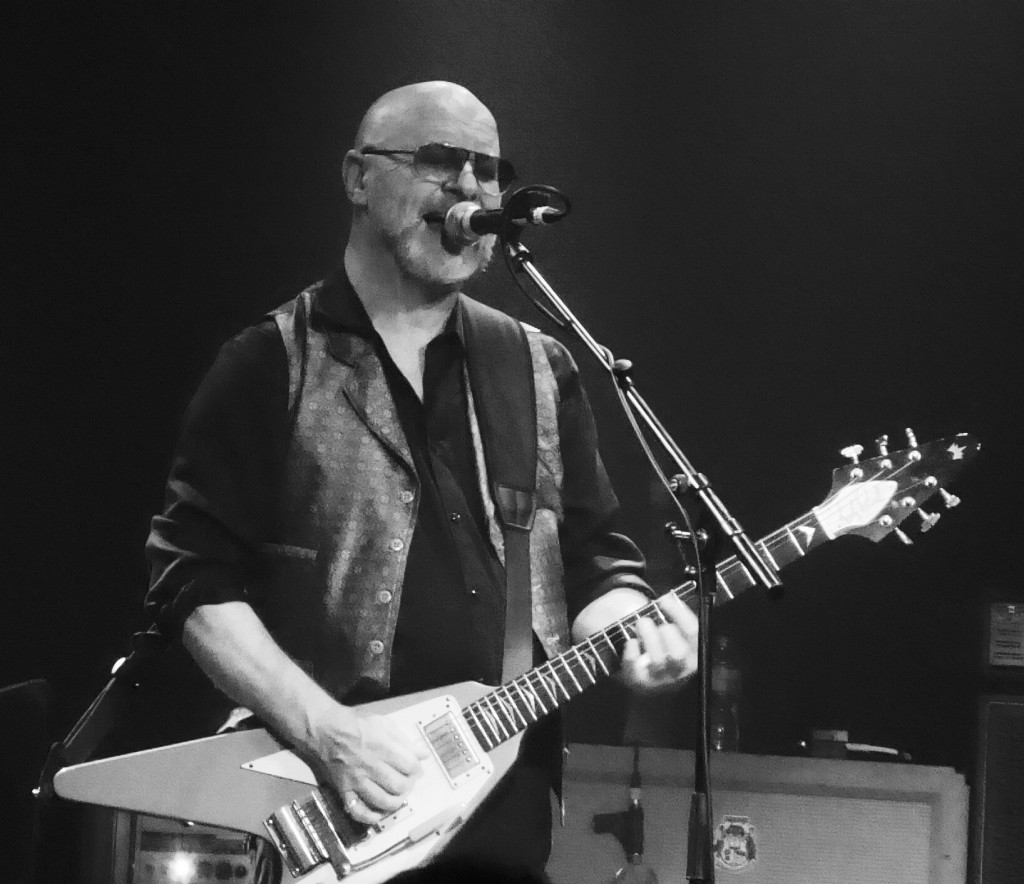 Sitting out live action during the pandemic must have been particularly galling for Wishbone Ash who always keep up a punishing live schedule. So there was a relief for both band and audience seeing them back in their familiar habitat with an extensive autumn ‘Phoenix Rising’ tour, including what has become this traditional London date at Islington Academy, which drew a decent crowd.

Though the band are indelibly associated with the seventies, the current line up, with Andy Powell the only constant from those days, have made several albums over more recent times- indeed the latest ‘Coat Of Arms’ dropped just before Covid – and it is almost as if he is making a point by featuring generous selections from these in the set, even if it may not be what the more casual fan has come to hear. 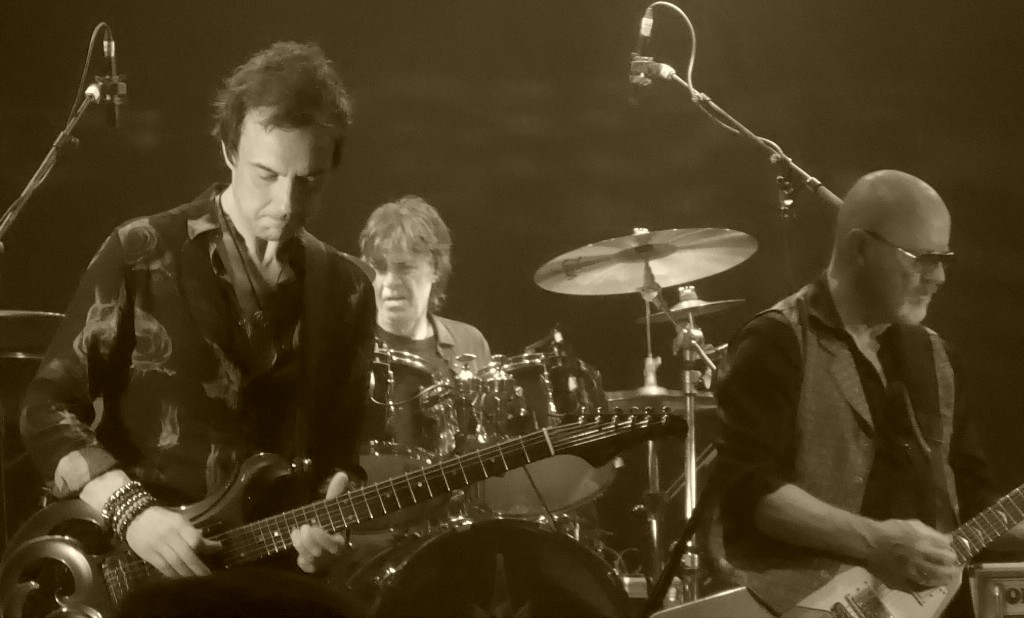 For my money, 2002‘s ‘Bona Fide’ was the strongest of all of them, and they opened with a pair from that album, the instrumental title track a perfect call to arms with the trademark twin guitars of Andy and Mark Abrahams: the latter then coped really well with the intricate guitar sound woven into ‘Enigma’, and four years into his tenure in the band is clearly treated as an equal by his more senior partner. Both then excelled on another 2000s number in ‘Eyes Wide Open’ with their own solos, but more particularly a memorable twin guitar hook.

Not to delve into the old stuff at that point would have been foolhardy, so we got a trilogy of songs from side 2 of ‘Argus’: after a shortened lead-in, Mark excelled on ‘The King Will Come’, while as ‘Warrior’ segued into ‘Throw Down the Sword’, Andy was playing as well as ever, with great taste, tone and melody on his trusted Flying V. While vocal harmonies play less of a role than in the classic Wishbone days, as he handled  the leads he was excellently supported by bassist Bob Skeat who himself is approaching a quarter of a century’s service. 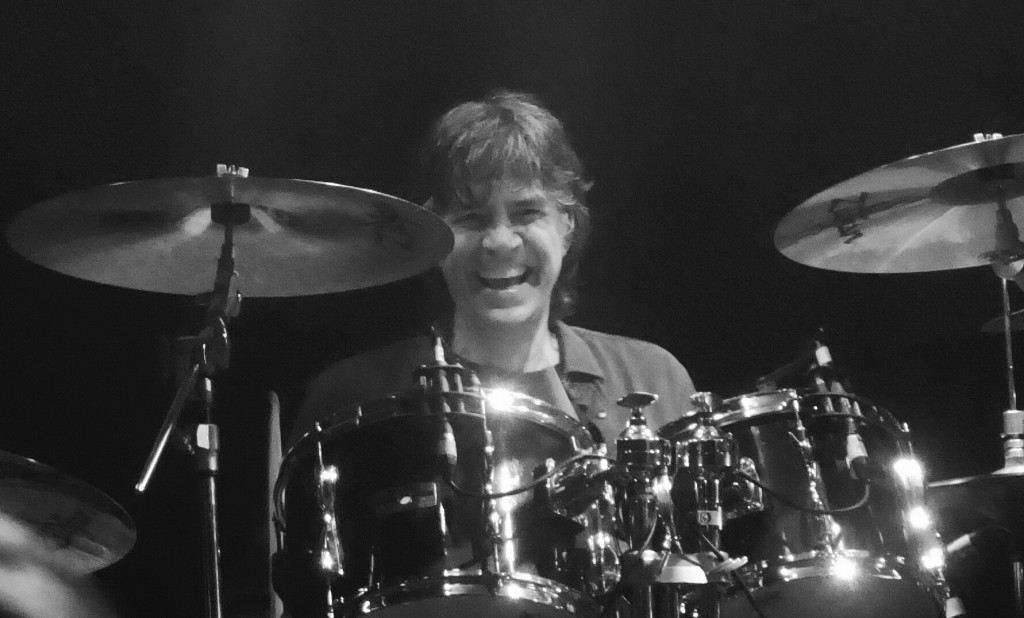 With regular drummer Joe Crabtree unavailable for much of the tour, some stand ins have been required and this meant a very welcome return to the Wishbone fold for Mike Sturgis, complete with an extremely large kit. He had played on ‘Illuminations’ which marked the start of a new Ash era in the mid nineties (and which Andy reminded was ahead of its time in being funded by fans) so it was fitting that they played ‘Mountainside’ from that album, another with plenty of dual lead guitar.

Andy then announced a couple of songs from ‘Coat Of Arms’, opening with ‘We Stand As One’ in the same place its video was filmed two years ago. Sadly its not a song I’ve really warmed to, but its lyrical message was apposite at the time of the COP26 summit. Oddly the identity of the second song  remained mysterious, as instead it led into ‘Standing In The Rain’, as well received as you would expect from a song once voted No 1 in a fan club poll in the nineties, and with Mark again excelling on the solo. 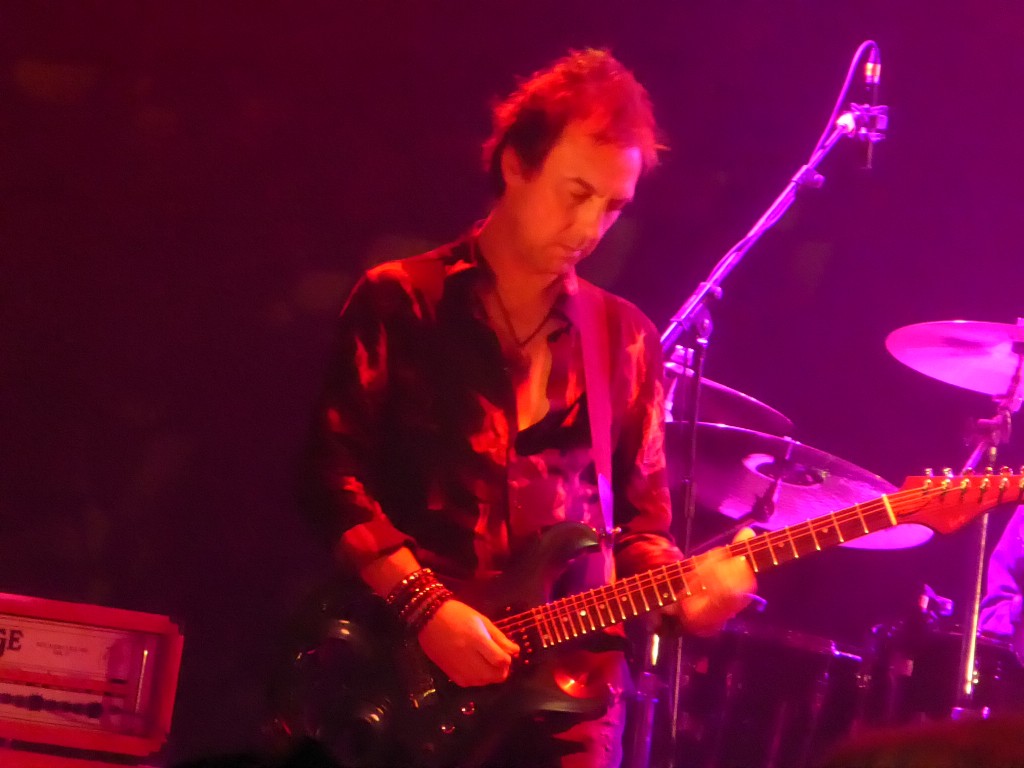 With the gig coming to the boil nicely, I was surprised we were already at the traditional main set closer ‘Phoenix’. It is always an epic with plenty of improvisation:  this time with a slowed up and almost calypso-style middle section and Mark the latest in a line of guitarists to develop his own interpretation of the song, it extended close to a mighty 18 minutes.

The first encore was again dipping deep into the more recent catalogue, maintaining the theme of the evening- perhaps reflecting Andy’s long-time domicile in New England, ‘Way Down South’ had hints of Americana with a slight country rock vibe to the guitar work, and a fine solo from him. No surprise though that the final song could only be the evergreen ‘Blowin’ Free’. Despite the absence of slide, it was a lively version, especially as it climaxed with Andy’s solo then overlaid by a bass run by Bob before Mark added some final flourishes. 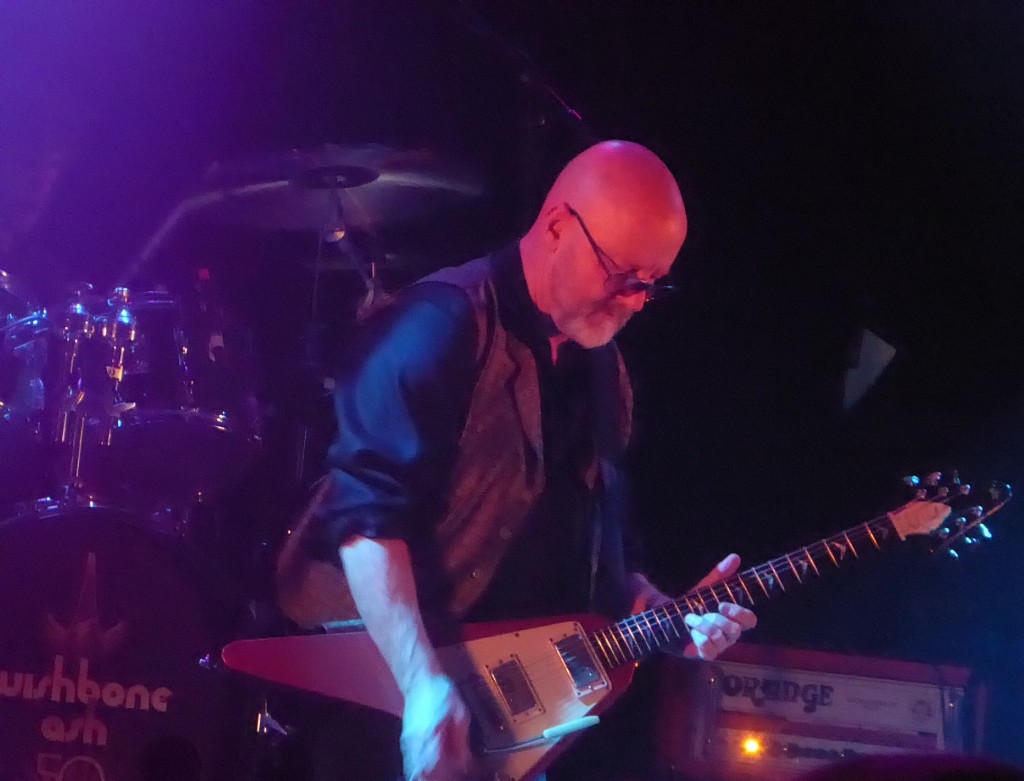 The set was a little shorter than usual at just under hour and a half, but allowances must be made for a lengthy tour with the ever present threat of Covid and accompanying the rotating cast of drummers. They may have passed their 50th anniversary here two years ago but with the band and the evergreen Andy Powell in particular showing no signs of slowing we should be lucky enough to continue seeing them for a while yet.