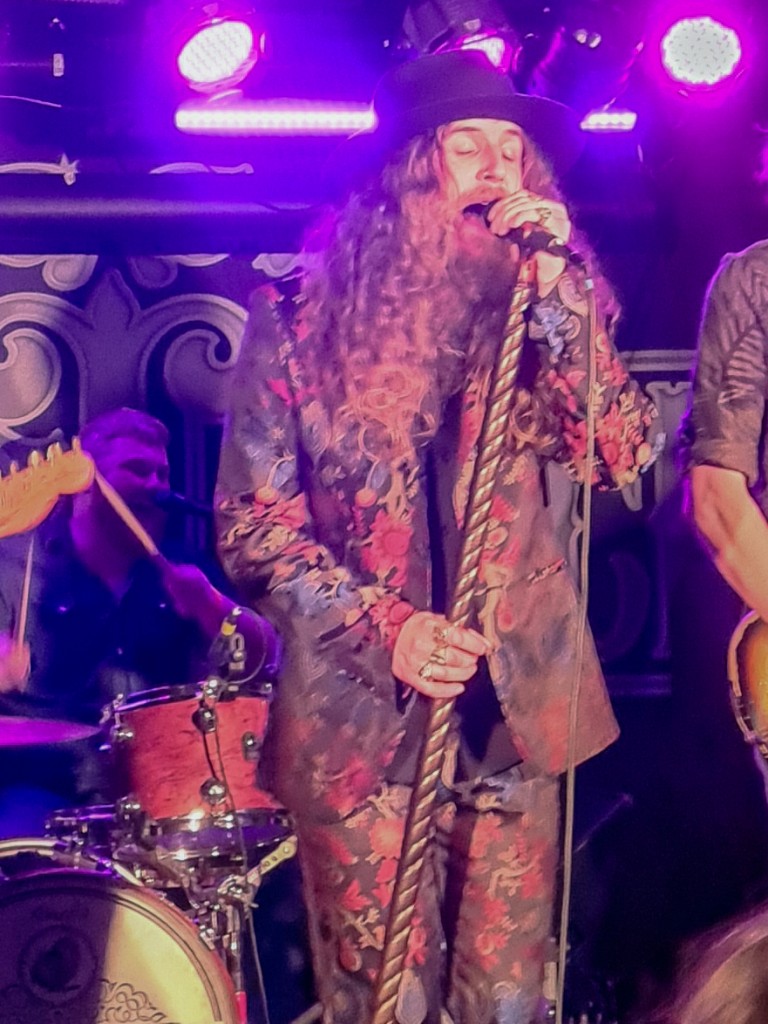 The gig was in the upstairs portion of Academy, which is more intimate than the main ground floor venue and provided for a vibrant, enthusiastic atmosphere. Something Piston appeared to thrive on. Their short, powerful set was packed with crowd interaction during and in-between riff-heavy hard-edged classic rock tunes. Frontman Rob Angelico and drummer Brad Newlands were the ringleaders, never missing an opportunity to provoke some audience reaction.  (I saw Newlands at the bar later, wearing a Dr Feelgood jacket and he went up a notch further in my estimation!)

The layered, muscular ‘One More Day’ opened up the set and benchmarked the no-nonsense tone, with ‘Rainmaker’ and ‘Let Us Rise’ keeping the tempo bang on overdrive. New track ‘Shangri-La’ was introduced mid-set and even brought an impressive scissor kick from Angelico, despite the microscopic stage. Logistics up front were not helped by guitarists Luke Allat’s microphone stand pitching into the barrier every few minutes.

Arm waving was encouraged for the impressive ballad ‘Carry Us Home’ and then a dubious looking Father Christmas and his shifty looking helper invaded to stage help the band and the crowd sing the opening bars to ‘Proud Mary’ before the band kicked full-tilt into the cover, wringing every last drop out of the moment.

None of the showbiz antics took anything away from the music. This was a full-on half hour of excellent entertainment and the band deserve a bigger stage, both literally and figuratively!

The mood was set up nicely for Bad Touch who took full advantage. I had last encountered these Norfolk rockers at the Camden Rocks Festival, just down the road, in 2019. On that occasion, a muddy sound at the Black Heart did them no favours. After a few tracks tonight, I quickly reflected that the band had come a long way from then in terms of both songcraft and stage presence, not to mention sound quality.

The band’s 2020 album ‘Kiss The Sky’ has a lot to do with this progression. Yes, the Black Crowes influences remain very strong on that platter, but the overall quality of the writing and arrangement was a step up from previous releases, and they wisely drew on a good chunk of that material here.

But not before ‘Lift Your Head Up’ and ‘Good On Me (Jeans Song)’ had stamped some swagger and poise on proceedings, courtesy of frontman Stevie Westwood’s rough-but-smooth vocals and a colourful suit/headwear combination. Both songs went down well and had the punters singing out loud.

The band’s assurance was underlined by the early introduction of a new track (the title of which I missed), bringing a gorgeous, intricate bassline (Michael Baily clearly needing to show off his black nail varnish), some well-placed changes of pace, a fine solo from Rob Glendinning and a rousing, anthemic feel on the chorus.

‘Strut’ and ‘Let Go’ and the immediate, infectious ‘Too Much of a Good Thing’ emphasised the class of ‘Kiss The Sky’.

A set highlight was the breezy ‘Dressed To Kill’ with Westwood nailing the fast-talking vocal and the jazz-influenced interlude providing a good counterpoint to the sinuous riff. Daniel Seekings was excellent here, providing backing vocals for depth as well as careering about the tiny stage wielding his guitar lines, looking the absolute business.

The set had some obvious crowd-pleasers. ‘Skyman’ hit the spot with chunky riffs and plenty of chorus-chanting, followed by ‘I Get High’ where the Black Crowes references are almost too close, but nothing stopped the crowd’s whoah-woahs throughout.

At this point, Westwood left the stage to make way for the solos and involuntarily my stomach tightened. But I need not have feared. Glendinning led his fellow musos through some fine moments, finding a sure touch, beautiful tone and engaging style to showcase his own wares and those of Bailey, Seekings and drummer George Drewry. 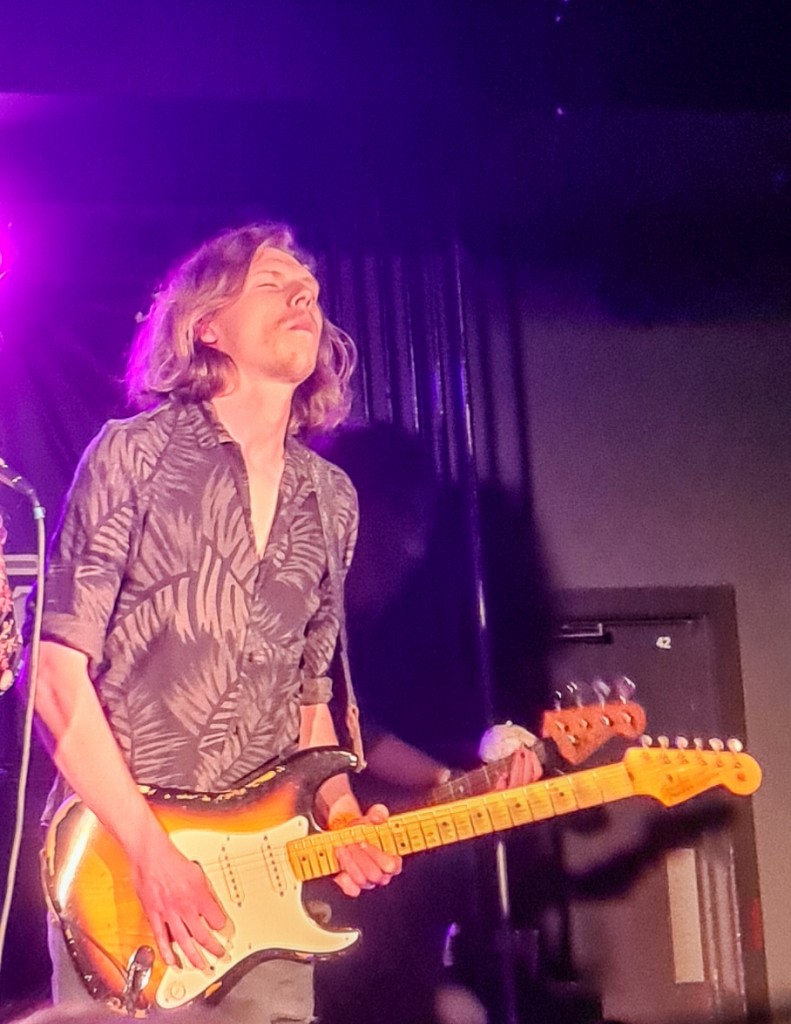 Never afraid of wheeling out a cover version, Bad Touch found a diamond in Alanis Morissette’s ‘Nothing in my Pocket’. Bailey again excelling on the bass-driven opening passages before the kitchen sink was thrown at this fine song (in the best possible way).

The set proper ended with Glendinning smashing out some wonderful licks on ‘Outlaw’ and Westwood holding nothing back from the vocal. Maybe the strongest, hardest, rockiest song we heard all night. Really good.

The encore began with their Christmas song ‘A Gift For You’, played because, in Westwood’s words, “we wrote it last year and couldn’t tour so no-one heard it!”

‘99%’ closed the show in chaotic style as Piston’s Angelico and Newlands joined Bad Touch for some backing vocals and mutual back-slapping; and as if the stage wasn’t busy enough, Santa and the Elf re-appeared to help us ensure we all indulged in the festive mood.

A top night, packed with fine music and a smattering of rock n’ roll craziness.