I can’t remember the last time the British rock scene seemed to be so awash with young hopefuls, mostly under the banner of the New Wave of Classic Rock. The one frustration is that it can be hard to keep up with the endless stream of up and coming bands which is where expertly curated gigs like this come in. 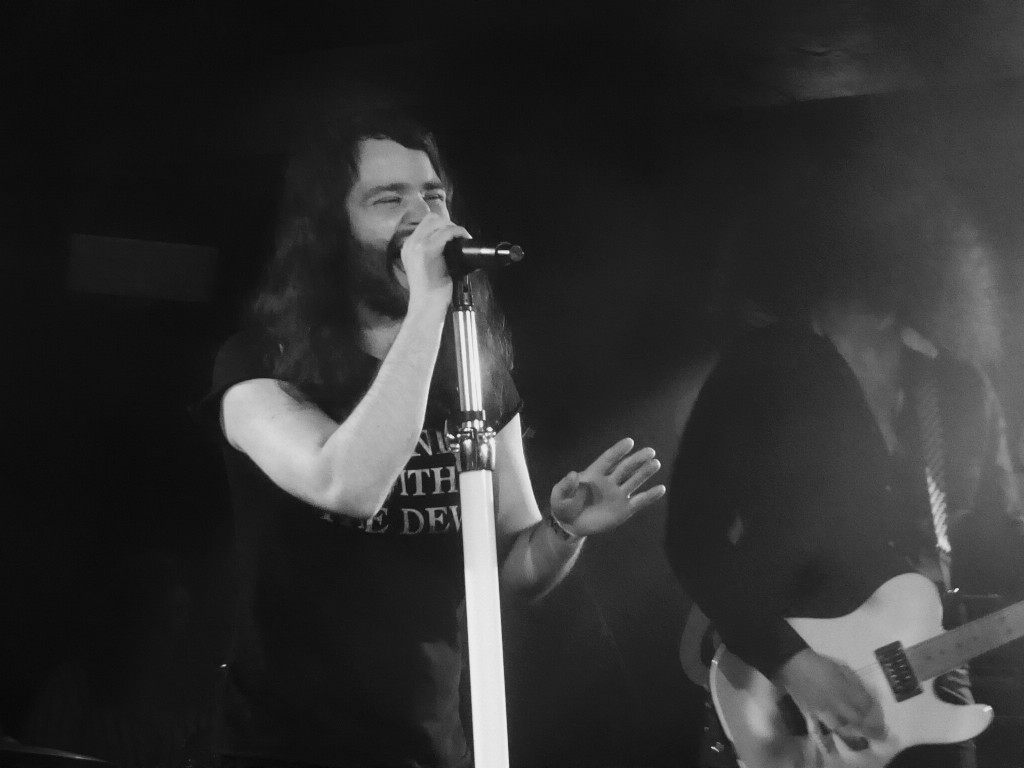 Holloway Strip is a loose consortium of venues, DJs and promoters in the Holloway Road area of North London which, alongside Camden and Islington seems to be the centre of London’s rock scene, now that nearly all the Central London venues have closed. They put on an excellent five band bill last November I attended, headlined by a more established name in Myke Gray (albeit with Dan Byrne of this night’s headliners singing), and I was attracted by this follow-up as I had only seen one of the five bands before, with a bargain price of £12 further inducement.

Ironically the gig did not take place in the Holloway Strip, as following electrical problems at Nambucca it was moved at short notice to the more prestigious Camden Underworld. Though what would have been a very decent crowd at the smaller venue was rattling around somewhat more, there was still a good turnout at the front of the stage for each of the bands. 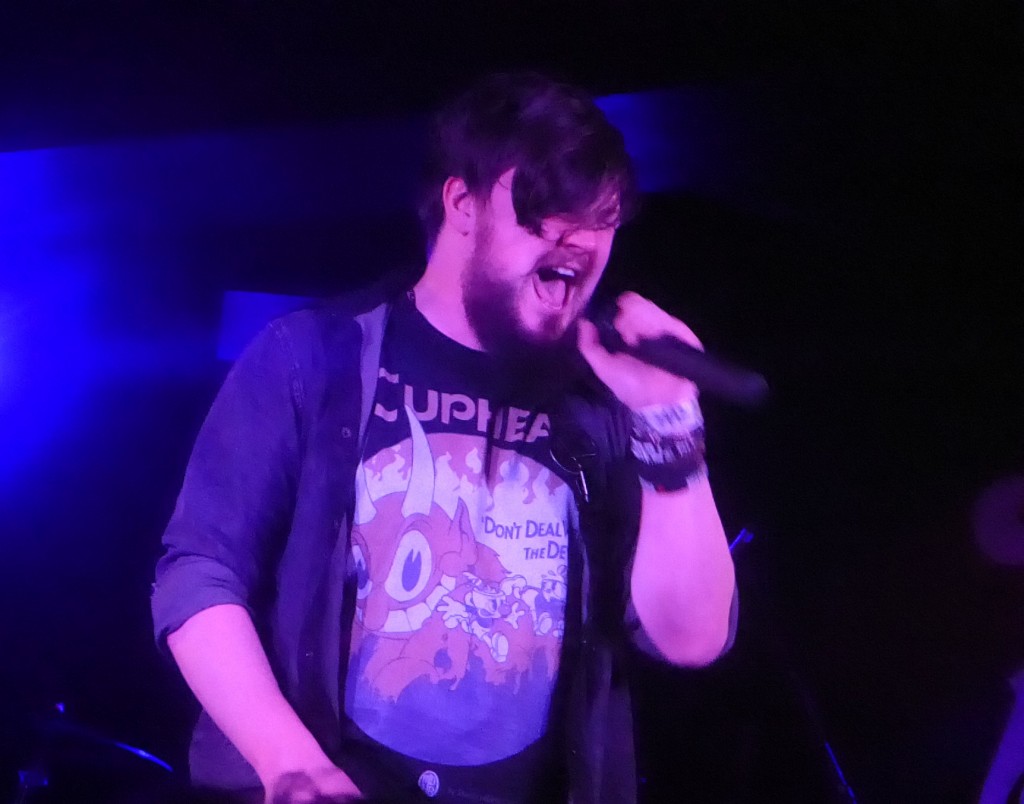 Unfortunately the early start necessitated by the Underworld’s usual 10pm curfew meant that I missed openers One Last Day, but caught the majority of Ashen Reach, one of two Liverpudlian bands on the bill. ‘Epiphany’ was a good demonstration of their self-declared mission to combine the power of classic rock with the attitude and intensity of modern metal.

However I can’t claim the latter is my music of choice so I was a little put off by the occasional growling of singer Kyle Martin and personally preferred melodic moments like ‘Hole in the Sky’ to the more brutal sounds of ‘Broken Column’. Nevertheless they are clearly talented, and closed on a high with ‘Homecoming’ which from its uplifting lyrical message to the epic guitar solo reminded me of Alter Bridge or latterly Mason Hill. 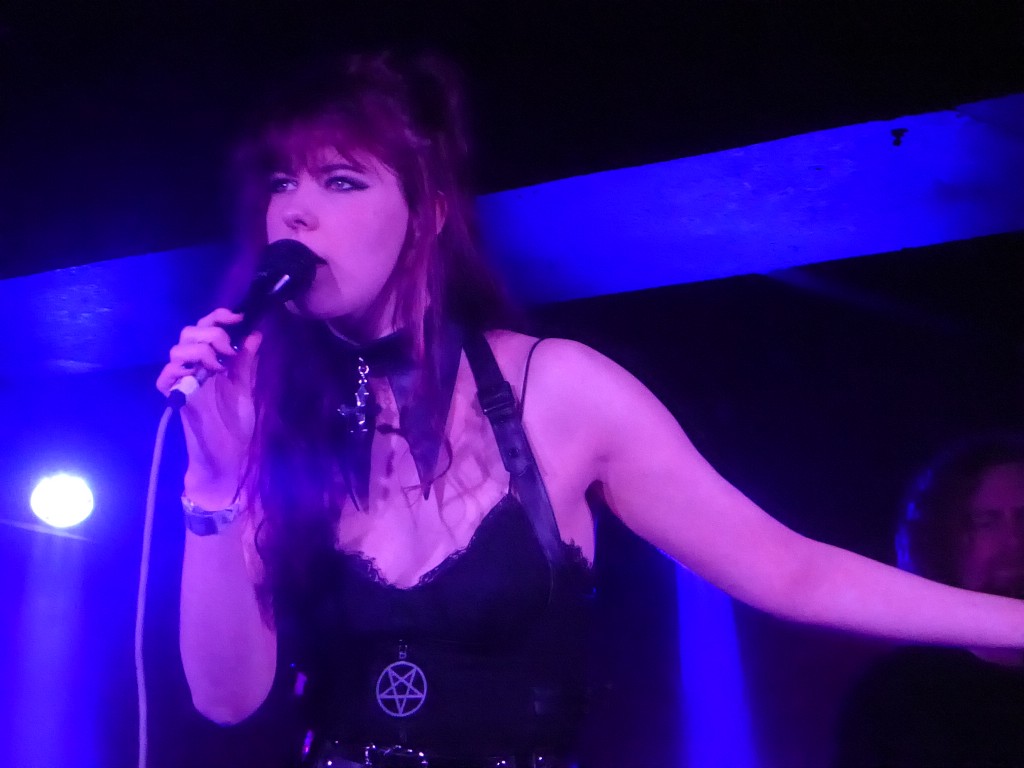 It cannot be said often enough (especially to Geoff Barton) that the New Wave of Classic Rock is a movement rather than a specific musical style, and Bastette were a classic example. They fell inside a different ballpark to most of the blues-rock or post-grunge influenced NWOCR bands, with a gothic or even indie rock feel.

Their trump card is Caroline Kenyon, a willowy, black-clad figure working every inch of the stage like a whirling dervish. It helped they opened with the song people would have been most familiar with from the NWOCR album in ‘Talk About It’  which even featured a snatch of twin lead guitar at the end, while ‘Lover’ had a beautiful vocal melody.

Though Lzzy Hale is always the easy comparison for any feisty woman singer these days, in her case I was seeing more similarities with Evanescence’s Amy Lee. She is clearly someone going places though an anonymous band seemed somewhat in her shadow, and a set which concluded with ‘Rollercoaster’ ended getting a little samey after a while. 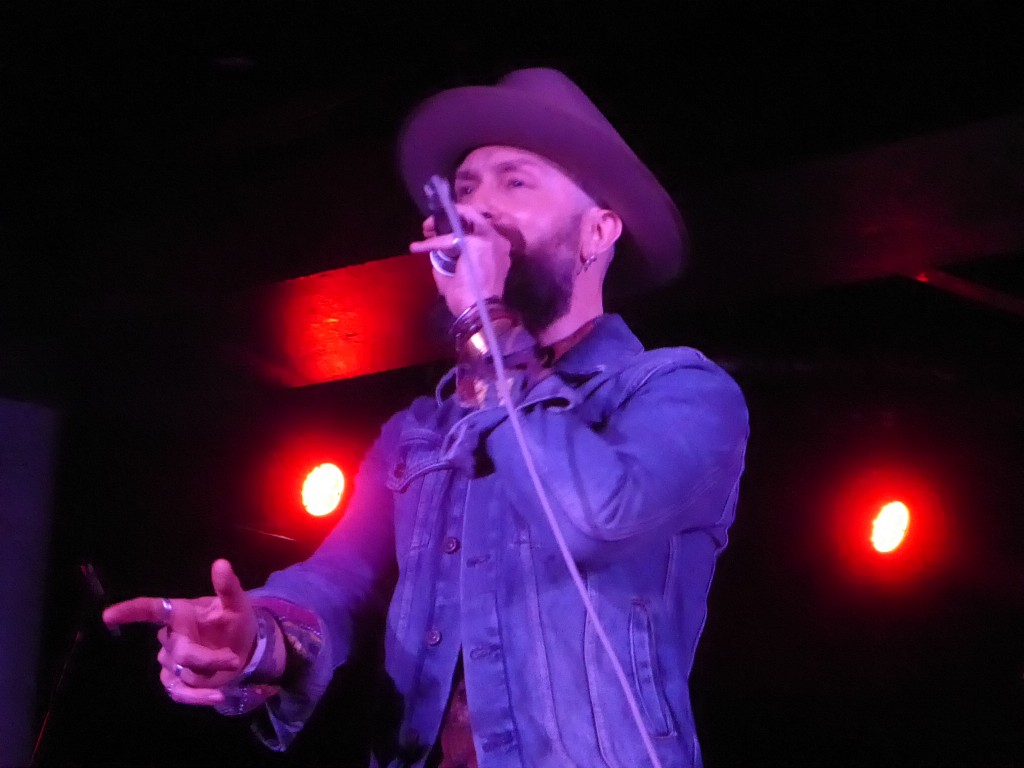 Gallows Circus were in much more typical NWOCR territory and though this was my first sighting, their T-shirts were much in evidence and they probably had a larger crowd at the front than for the headliners.

Their sound was tough and bluesy but whereas most of their counterparts seem to go for two guitarists, one lead and one rhythm, Ben Attwood combined those duties. He not only does a good job, but the presence of only three instruments and not four gave their arrangements a sense of space and a taut groove to them. Ian Day was a fine singer and frontman and the talking point on and off stage was that his hat now covered a head shorn of his trademark dreadlocks.

‘Bones To Pick’ and ‘Medicine Man’ were good examples of their bluesy but hard-hitting style, and their choice to cover ‘Oh Well (part 1)’ was fully justified, even if it is in danger of being overplayed. The mellower ‘Holding My Breath’ really impressed me while set closers ‘Crucifix’ and ‘Hell’s Whiskey’ (neatly combining two of rock’s classic tropes into a single song) are obviously crowd favourites. 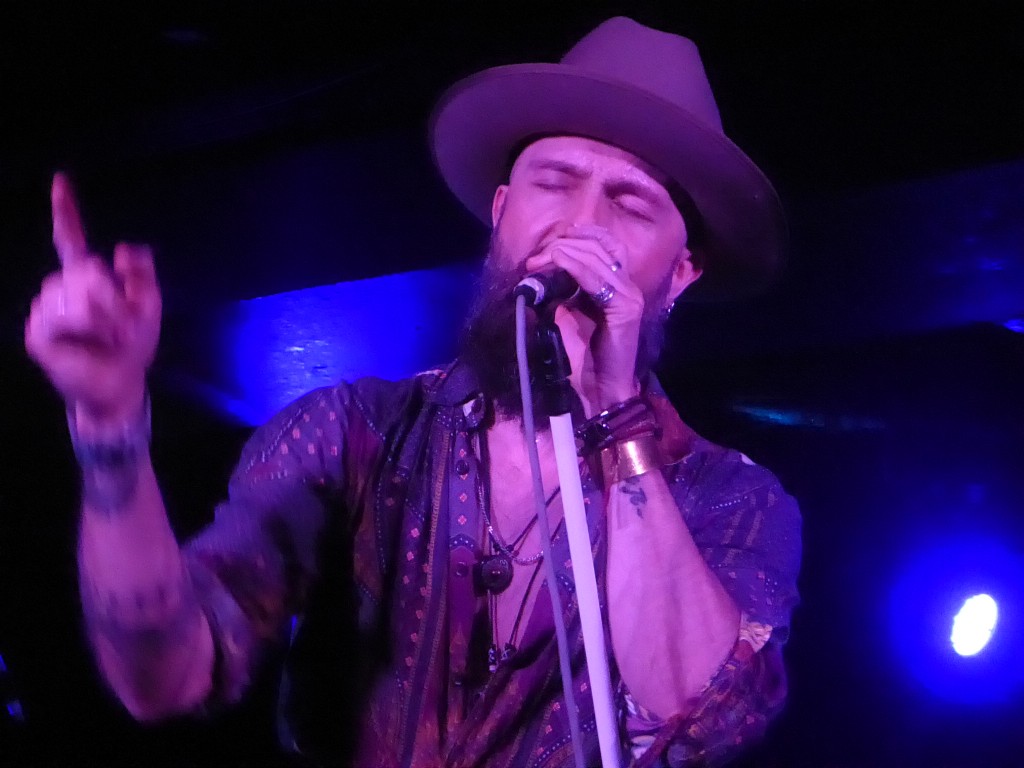 And so to the headliners Revival Black who I was more familiar with- both from a co-headline with Scarlet Rebels round the corner at the Black Heart just before covid struck, and supporting Vega here last October.

While some of the set – and between song intros – was similar with debut album favourites including opener ‘So Alive’ and ‘Give You the World’ they are bringing in new songs including ‘Believe’ and ‘Take You Out’ whose ‘who-oahs’ instantly sparked some audience participation. 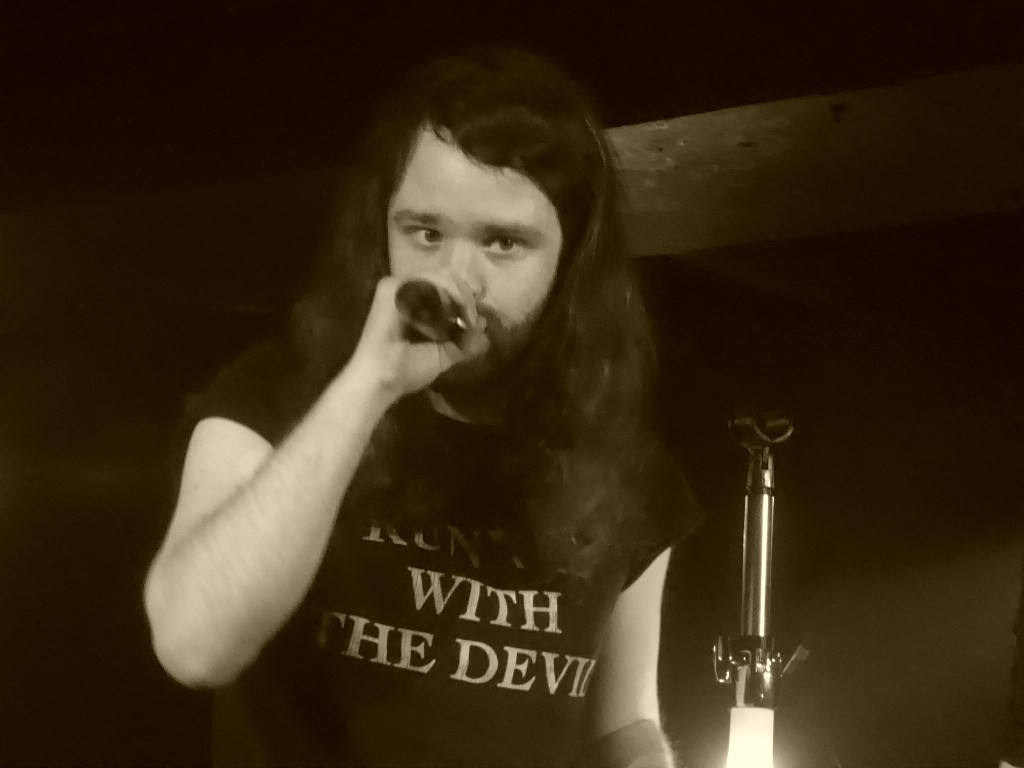 They have good stage presence with hair flailing and bassist Jamie Hayward standing on the monitors and whipping up the crowd. Daniel Byrne has an impish charm and a fine voice which on the heavier numbers reminded me a little of Axl Rose and on the bluesier stuff (such as ‘Midnight Oil’) Chris Robinson.

They played another of those overplayed covers in ‘Burn’ but it was an interesting slowed up version which swiftly segued into an original in ’The River’. However at present what holds them back in my eyes is a lack of memorable hooks, though new song ‘Broken Home’ was a step forward with a more dynamic feel of light and shade. 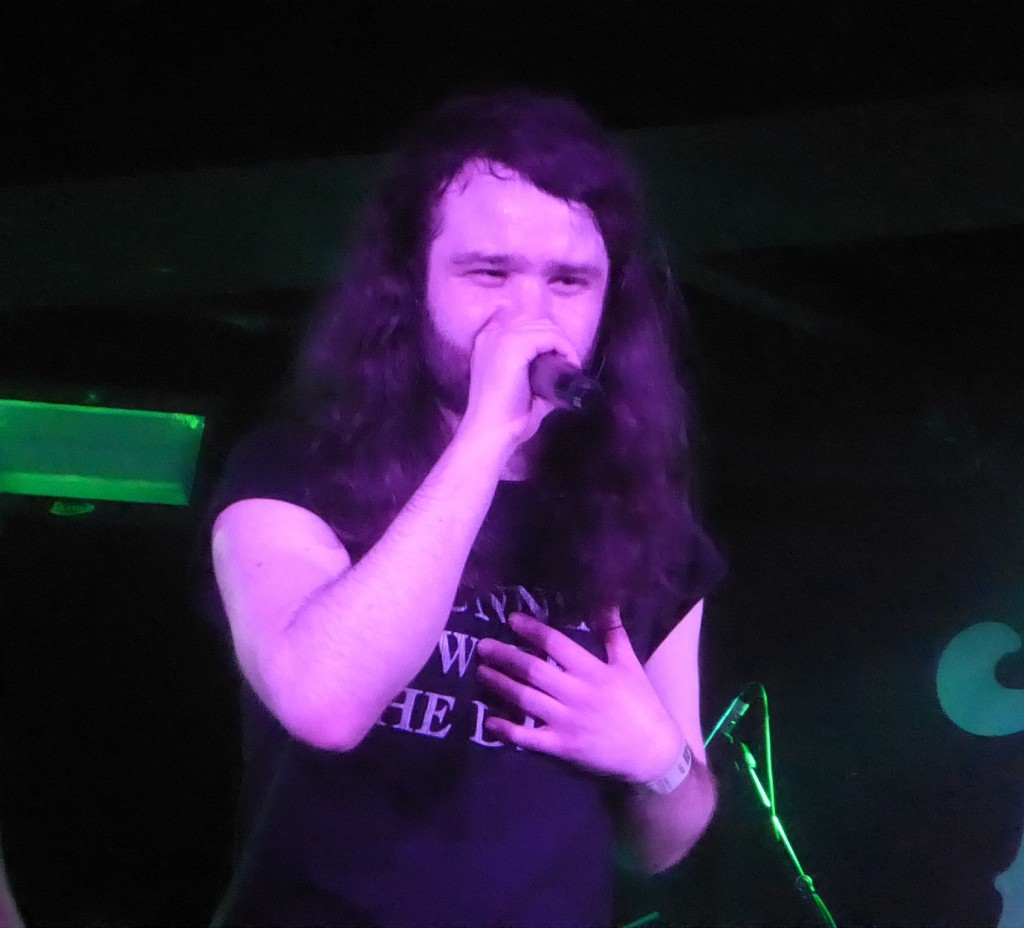 The set ended with proven favourites including ‘No Secrets, No Lies’ and ‘Wide Awake’, people roaring along to the ‘take me to the end of the line’ chorus. Despite the curfew the back bar of the Underworld felt like a black-clad bazaar with all the merch stalls doing brisk business and bands engaging with fans.

I’m a believer that it’s our responsibility to support young British talents, and those that promote them, and with overseas bands still cancelling or postponing tours because of Covid now is exactly the right moment to do that. And each of the four contrasting bands I saw on this thoroughly enjoyable night have enough to commend further investigation.