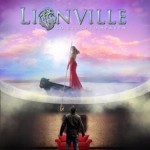 The brainchild of Italian multi-instrumentalist Stefano Lionetti, Lionville have produced a series of quality AOR albums at regular intervals over the past decade.

So Close to Heaven is their fifth and there are few changes to the proven formula. That said, on opener ‘This Time’ singer  Lars Safsund is joined by one of the few contemporaries that can match him in Robbie Le Blanc. However the presence of two singers further adds to a rather cluttered arrangement with simply too many layers of keyboards.

However ‘Cross My Heart’ boasts  a chorus that is a glorious example of modern European AOR. Layers of backing vocals, a brilliant burst of eighties White Sister- like synths after the chorus ,a guitar solo and an ending burst of synths and drums are all the icing on the cake of what will go down as one of my favourite songs of the year.

‘The World is on Fire’, with some nice keyboard-guitar interplay,  is closer to the Toto inspired sounds of Lars’ other band Work of Art while ‘Can’t Live Without Love’ is a lush, if clichéd ballad complete with sax solo.

But the middle section of the album presents me with a dilemma- individually ‘True Believer’ (with more sax), ‘We Are One’ and ‘Only The Brave’ are classic examples of up tempo, keyboard dominated  AOR, with Lars reminding me of Mark Free in places. However the structure and tempo are too similar and I was longing for a change of pace which only arrives when ‘Angel Without Wings’ explodes into a guitar solo midway through.

Interestingly an obscure late eighties Richard Marx song ‘Arrow Through My Heart’ is covered and although in the same broad musical ballpark provides  a refreshing change of songwriting style not  to mention a more organic sounding piano solo.

The title track closes the album and its classic West Coast keyboard intro could have come from a Christopher Cross record or similar in 1981, but despite another sax solo the song itself, while decent again, suffers from a degree of saminess to what has gone before.

Though the production lacks a bit of punch Lionville have again produced a series of classic AOR songs that are individually excellent, but the fact they are variations on the same theme rather takes the edge off that triumph.  ****