KEYS is a collaboration between keyboardist Mark Mangold (Touch, Drive, She Said, Michael Bolton, Cher, Paul Rogers and others) and singer Jake E (Cyhra, Amaranthe, and others). 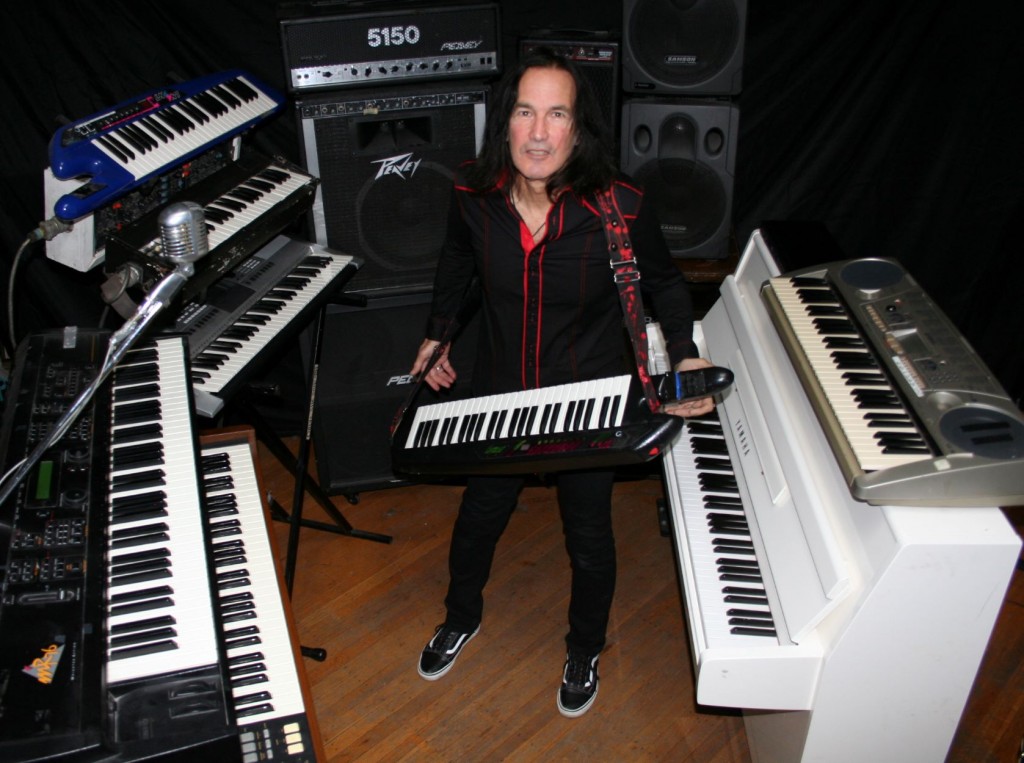 We catch up with Mark Mangold for a chat…

How did KEYS come together?

Jake and I met when his band Cyhra needed a place to stay and record in 2019 in New York, which turned out to be in my studio. We collaborated on a song for the Cyhra album and decided to record the KEYS album. I presented some songs to him, and we started recording when I was in Stockholm, and he was in Gothenburg. A lot of Facetiming and long-distance sessions. I love Jake’s voice and his huge range, emotion and resonance. The Keys songs needed to sail…and also be emotional and intense…which Jake brought to the band. I’m honored he got involved.

With your pedigree in rock/melodic rock, some of that heartfelt sound & catchiness can definitely be witnessed – even within the largely Prog sound of the KEYS album, how would you say your own style of playing and writing has changed & developed over the years?

Of course, in my delusional world, it is the same as when I was 19, haha. Guess you haven’t heard some of that stuff.  Always trying to be a bit different and be open to instinct and whatever comes next. It’s about trying to create moments…and sometimes the goal is to try to come up with an amazing verse and memorable chorus. Other times it’s about trying to shock and think of a new melody or chase a “sound” that you hear in your head, making a right turn rather than a left turn…jumping off a cliff into something…opening up the head to shed limitation, if possible. Some of the songs came in dreams, and my studio is in the next room, so I would jump in and get it down before it disappeared. Of course, now with the huge things available to keyboard players, the pallet is bigger…which is a lot of fun and less restrictive.

In the old days, we played with monophonic instruments…and with each invention or new instrument created, we were able to do new things. Of course, I’m a sucker for Hammond organ and synths. Sometimes the sound totally dictates what you do and what you play. But bottom line, it’s simply about conveying…sharing… emotion…whatever that may be…from joy to anger…in some way, and these days…there’s a lot of it. Having said that, we did do a song called “Goodtimes”, which some folks have said is one of the best AOR songs I’ve written…but it’s with Keys, so it may take a second to realize that…it ain’t prog haha. A different approach to a song that, if played in the “same old way”, may possibly have come off as generic and like the 10,000 other bands out there chasing the 80’s. But it’s been given a different approach…I think most notably the lack of guitars. Who knows? You tell me, haha.

With such a storied career, how do you stay motivated and creative, and how did you cope during the pandemic, was it a more or less creative period for you?

Thank you. Staying motivated doesn’t seem to be a problem…it’s an obsession! Like that old title “Difficult to Cure” by Rainbow, but then again, who wants to. Yes, we did KEYS during the pandemic, not so much as a result of it but more despite it. It was a very creative time for a lot of people…and exploring new territory, keeping Jake’s voice in mind, was nice. I wanted to scathe…like all these scathing guitarists so in vogue these days…but on keyboards. I think the keyboards bring a new sound and feel to it…and sometimes it just all sounds the same. Looking for something new, new and different lines, phrases, etc. Also, fun exploring some of the new things available so a keyboard can sound like a guitar…as I am also a frustrated guitar player…in my mind, haha…so I’m super happy to have that available now. It used to be a Hammond through a Marshall amp, but now…we can get much closer.

What other projects are you currently working on?

Of course, we finished the Touch album last year and still releasing videos and singles off of that. So nice to be working with those guys again. But that’s a different story haha. Also, by the way, I just finished recording the new House Of Lords with the wonderful James Christian. It will be out in September on Frontiers. That was a lot of fun, and so happy it developed from a song…and submitting some ideas to James…to playing keys on the album and doing quite a bit of writing for it as well.

Can you recommend a band we should be listening to, a book we should be reading or a TV show we should be watching right now – something that you have enjoyed?

Hmmm…of course I dig Cyhra in a big way at the moment…but in terms of books or TV…not so much. Scouring the wasteland of Netflix and Amazon is fun…but nothing, in particular, to recommend that people are probably not already aware of.

Do you have any plans to tour with KEYS?

We indeed are hoping to play. Jake and I are touring animals…though, with the current situation, it’s a hard thing to put together. The band will have three keyboard players…stacks of keyboards…a great drummer (probably Alex Landenburg), and Jake holding it all together. It’s gotta be spectacular…haha. Maniacal…like the record. And though we are all so hopeful, it’s about staying healthy…and seeing so many bands cancelling dates now is again discouraging. This sht has not disappeared…tragically and sadly.

A huge thank you for listening and allowing me to continue doing this. I hope the word spreads on KEYS…It is not “generic”…a word and style I try to avoid at all cost…but as in the days when we were creating the origins of our music…ie. the 60s, 70s and 80s, we were trying to be original, and find signature style and sound, and that is the mentality of this band. Imagine what it was like to be 16 or whatever…and hear Led Zeppelin for the first time…or Yes…or Jimmy Hendrix…or for that matter, “Hound Dog” by Elvis or “Who Do You Love” by Bo Diddley…I’ll include the Beatles out of respect haha. Truly WTF moments that stay with you for a lifetime. That’s the mentality here. A worthy goal that can also crash and burn violently…so we wait for the response…and that’s when our fans come in.