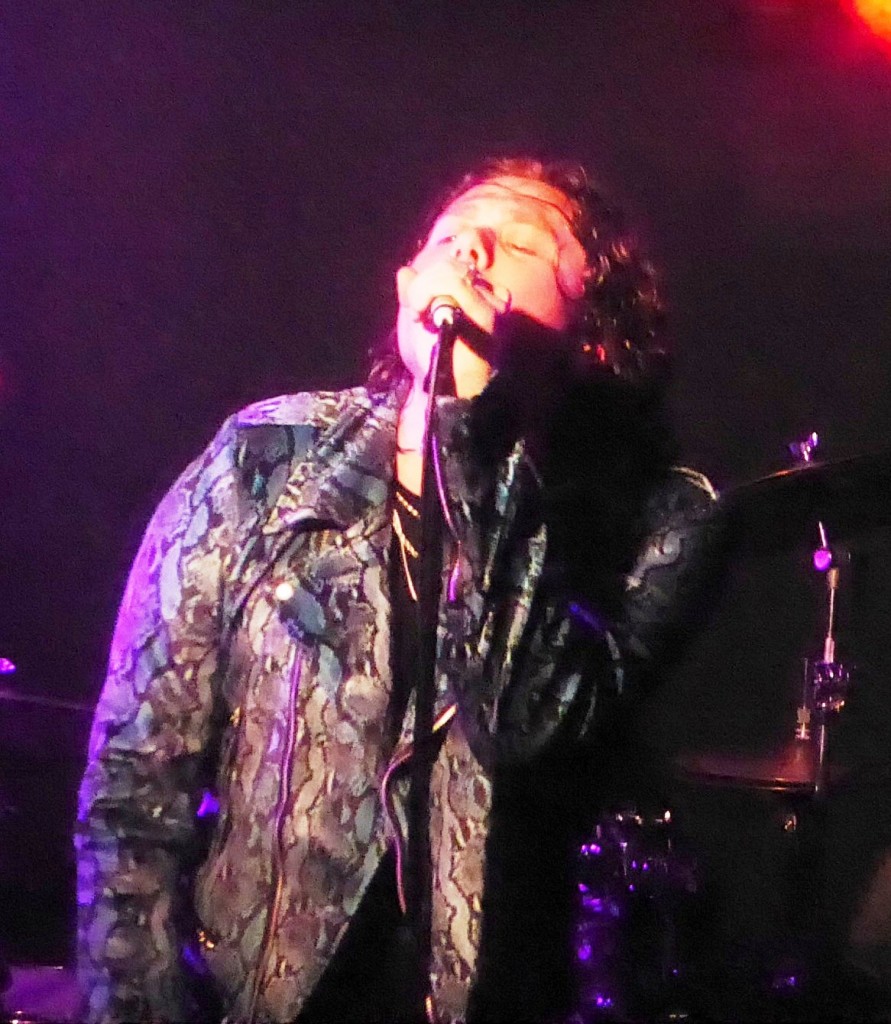 One question I ponder occasionally is ‘whatever happened to Tempt’?  Back in the mid 2010s the young New Yorkers received rave reviews in Classic Rock magazine and its AOR offshoot as the future of melodic hard rock. They even received the accolade of being one of the very few new bands to have an album released by reissue specialists Rock Candy.

But as far as I recall they never made it to the UK and nothing was heard of them recently ….until my curiosity was piqued by seeing them in the small print of one of the side stages at Download. In fact a regrouped version of the band, with a new rhythm section, are touring Europe extensively, and opened with a London show at the Black Heart. 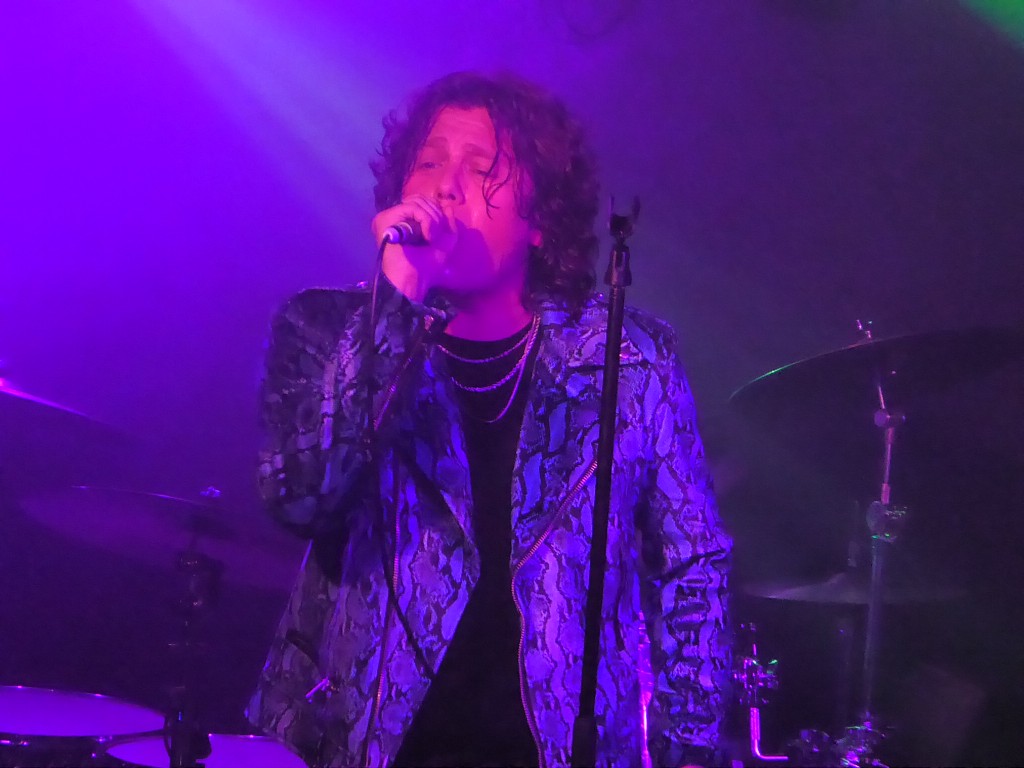 The omens were not good as, expecting there may be a throng of attendees, I turned up soon after the doors to the upstairs music room opened, and no-one was there. Fortunately by set time a respectable if not full crowd were eventually present and ushered forward by the band.

In an unusual but poignant opening, the four piece took to the stage immediately prior to the set to pay tribute to two of their biggest champions in agent Steve Strange and journalist Malcolm Dome, both of whom sadly lost in the last year or so. 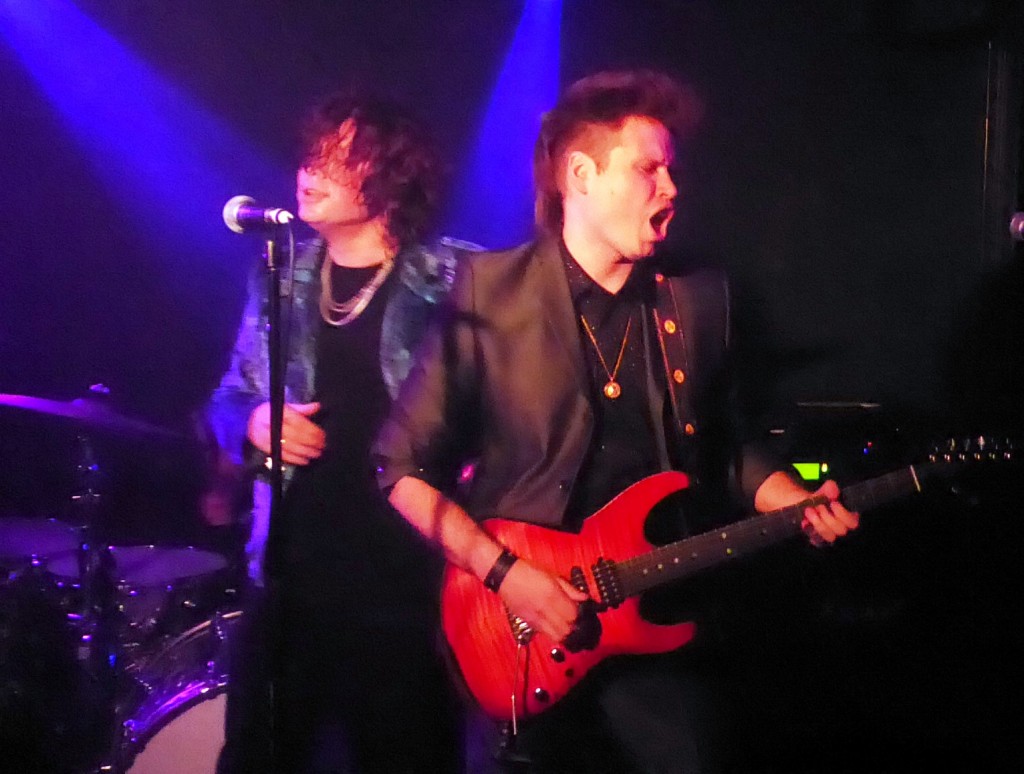 Despite labouring under a predominantly pink lighting set up, as they opened with ‘Hideaway’ and ‘Burn Me Down’ I was making comparisons with early Def Leppard, raw but with an eye for a hook. Indeed this comparison was accentuated as singer Zach Allen in his tousled curls and blue leather jacket bore a passing resemblance to the young Joe Elliott or Rick Allen.

The atmosphere picked up as more people were familiar with the punchy ‘Living Dangerous’ which was released last year, while ‘Camouflage’ was probably my favourite of the night. 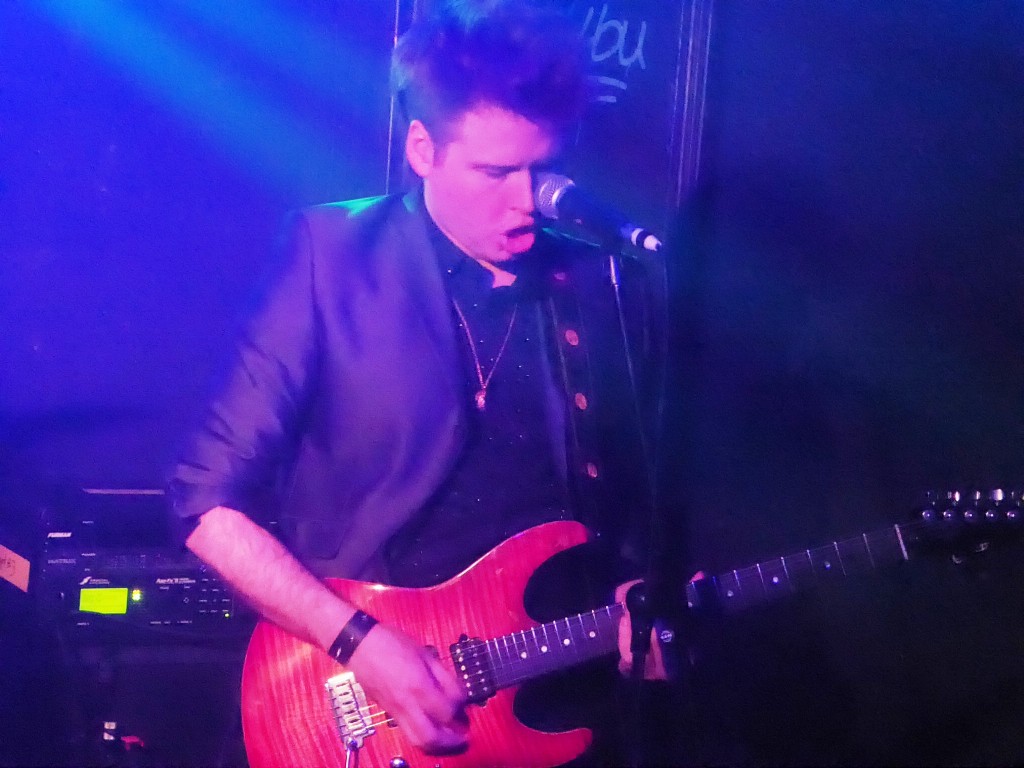 What was distinct – ‘Roses’ being a prime example- was quite how quickly these songs go for the jugular, short and snappy with no lengthy build-ups and the chorus hooks swiftly coming in on the song.  They were aided by crisp and concise guitar solos from Harrison Marcello adding to the eighties feel with a mini-mullet protruding from his neck and jacket sleeves rolled up Miami Vice-style.

Oddly, their debut album ‘Runaway’ was entirely overlooked: instead most of these songs are from a forthcoming album later this year. Unfamiliarity never helps stir up an atmosphere, but was compensated for by an energetic stage performance which the cramped confines of the Black Heart struggled to hold. 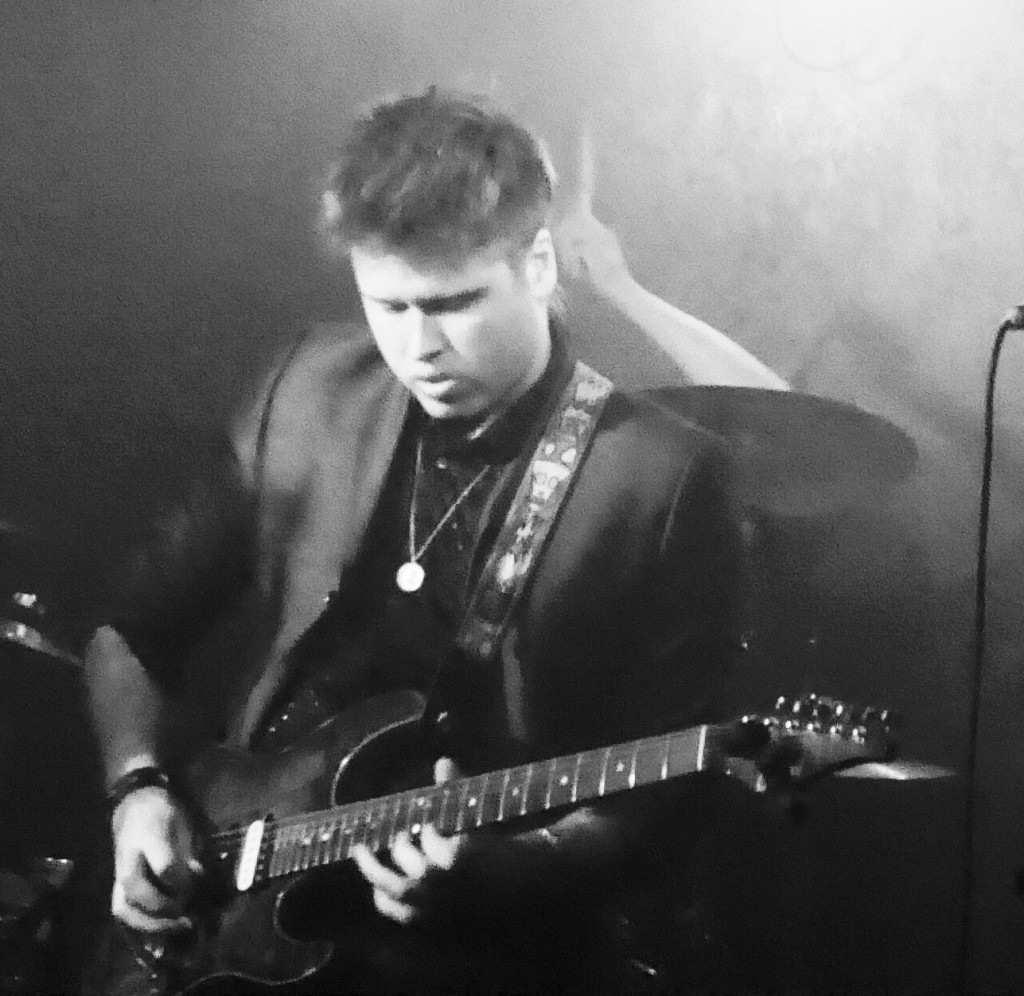 ‘Two Ways’ was one of a number where bass player Chris Gooden  added a bottom heavy but funky groove, which was inadvertently pushed even further forward when Harrison suffered a guitar malfunction mid song.

I was very surprised when Zach announced In between ‘Sneakin’ and ‘Golden Tongue’ they were onto their last song as it felt like we had just got started.  Fortunately they came back for a couple more, first a cover of ‘We Will Rock You’- but played in the faster, guitar heavy style that opens ‘Live Killers’-  and then another hooky song of their own in ‘Addicted to Touch’. 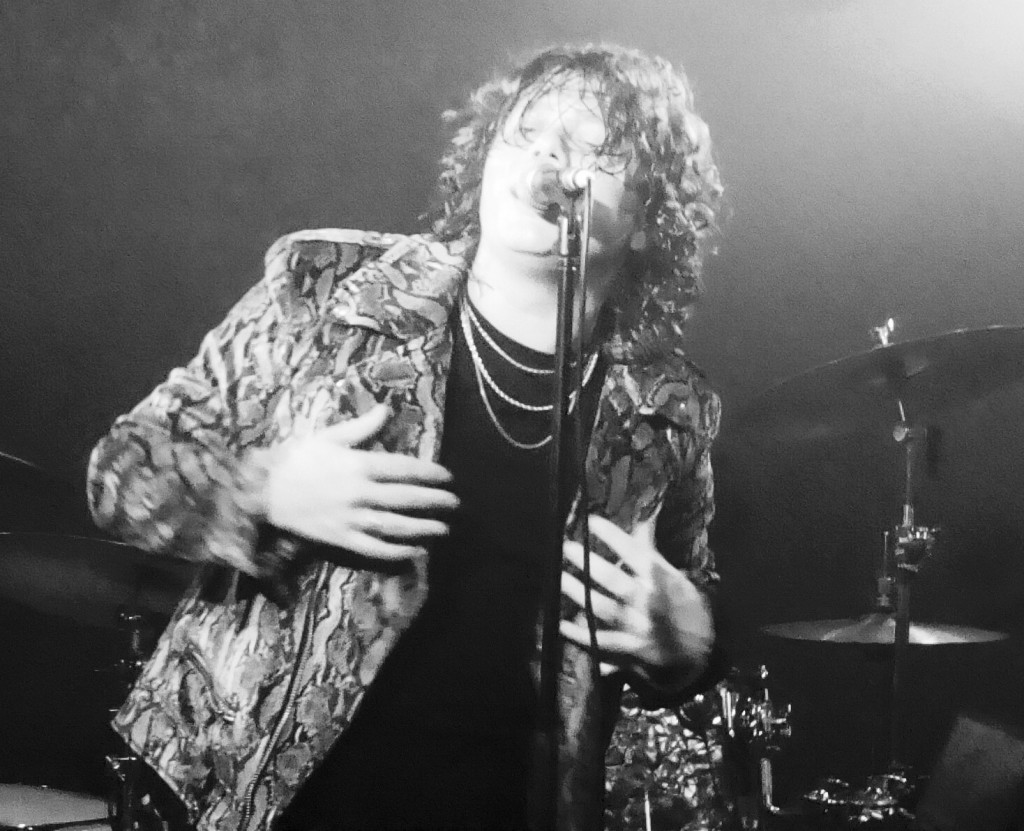 Nevertheless the set adhered to that adage ‘leave the customer wanting more’ as they mingled with fans afterwards, thrilled at the interest shown in them.

It was particularly refreshing to see a young talent from America as the country we naturally associate with the greats of melodic rock seems to have spawned relatively few rising stars in recent years compared to Europe and Scandinavia in particular. 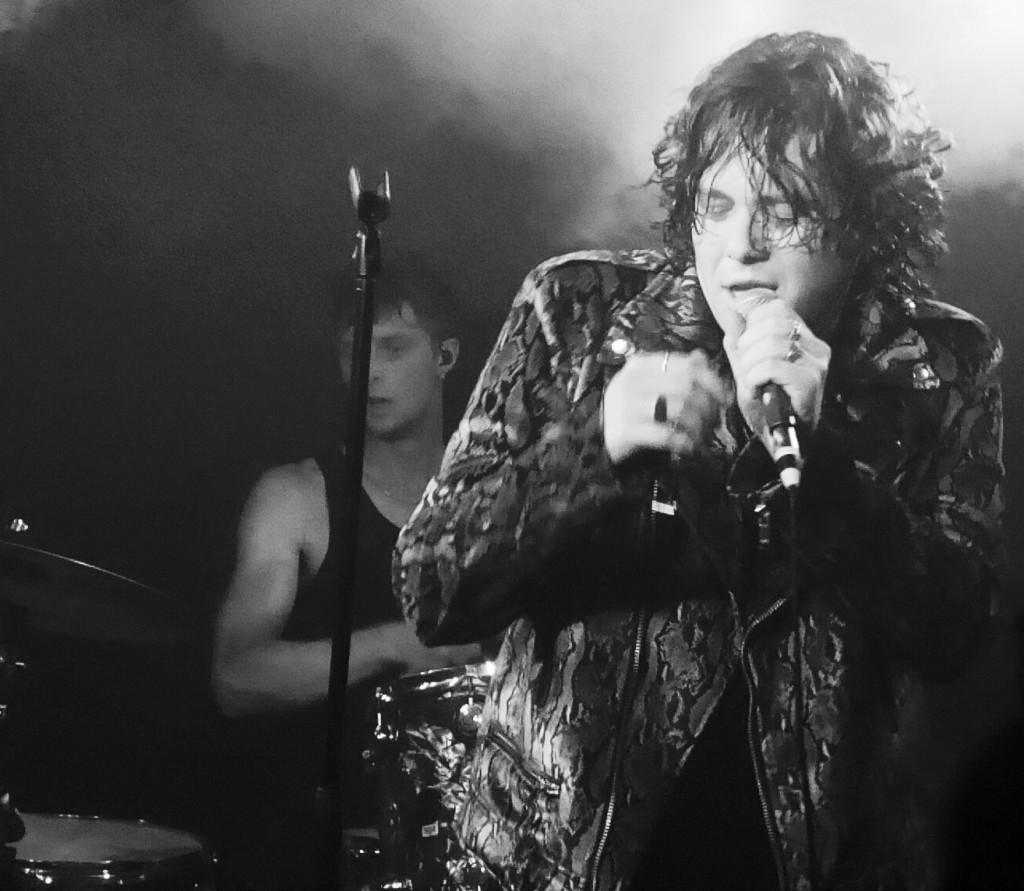 Let’s hope that the exposure of this tour, notably their slot on the first day at Download, pays off; and that the release of a new album with the fresh and catchy songs we got a first taste of here means that second time around, Tempt are here to stay.