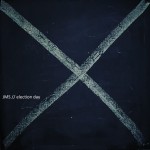 JMS  (the name coming from the initials used on a highscore table in an arcade) is an Oxford musician with a penchant for pinball. He is also the frontman of quirky pop rockers Alphabet Backwards.

‘Election Day’ is a record about trust. On this occasion trust in one’s own body and mind and living each day with epilepsy and never knowing if and when “that feeling” may appear.

With an addictive electronic beat, keys and strummed guitar JMS has a winner on his hands. For a bedroom musician JMS comes up with an expansive sound, reminiscent of Swim Deep and the Lightning Seeds. Top draw music and even better news is that another single is due in August. 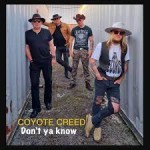 Coyote Creed are another artist looking to release a single a month, kicking off with ‘Don’t Ya Know’. Coyote Creed consist of Dave McCalden on lead guitar and vocals, Jack Thomas on lead & rhythm guitar, Kieran Groves on bass and Andy Harding on drums. Nice bit of 70’s flavoured laid back country rock with a hint of Santana. One to keep an eye and ear on for sure.

House Of Lords have been one of the more prolific of the 80’s melodic hard rock bands and they are gearing up for album number thirteen, ‘Saints and Sinners’, due in September.

Now the big change for this album is the addition of keyboards wizard Mark Mangold (Touch, American Tears, Drive She Said, Michael Bolton), who brings back the band’s pomp sound of their classic 80s albums. The chorus doesn’t quite seem to grab the listener, however, it is a great song and bodes well for the new album.

Like me you may not have heard of Phil Thornalley but he has an impressive musical CV that includes working with the likes of Bryan Adams, The Cure, Psychedelic Furs, XTC, Duran Duran and Paul McCartney. His latest album ‘Now That I Have Your Attention’ is out on September 2 and prior to that we have the lead track ‘Fast Car’.

Phil Thornalley openly admits he was after a Jeff Lynne and ELO sound which he certainly achieves on this fine song. The strings, grandiose piano and backing harmonies all recall the glorious sounds of ELO. More please!

Lotusbliss are an indie-rock outfit from Canterbury featuring three brothers Josh, Seth and Adam. Their third EP ‘An Aching Sea’ is due on September 2. They have only been around since 2020, yet listening to ‘Nightbliss’, the chosen lead song, they sound as they have been creating catchy indie pop rock for years. Looking forward to hearing what their new EP offers. 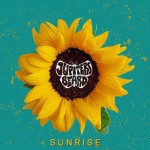 Jupiter’s Beard are a three piece indie rock band that hail from Stoke-on-Trent. They have been building a bit of impetus with gigs in the Potteries, north west and beyond. Their new summery single ‘Sunrise’ could just be their breakthrough song, with a big brassy beat and instant chrous, Jupiter’s Beard are the best band you have yet to hear – yet! Does what a good single should and have the listener humming it after just one play. 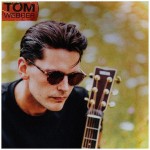 That busy man from Didcot, Tom Webber, fresh from his recent appearances at the likes of the WOMAD, Truck and Cornbury festivals, has a new song ‘No Me No You’ out. Quite a change sound wise as it features a full rhythm section, twangy guitar and Beatles like backing vocals. Up there with ‘Martha’ as one of his best and most catchy tunes to date. I’ve said it before but this lad has that certain magical something that with the right breaks could see him become a big name.

Chez Kane releases her second album ‘Powerzone’ in October and before that has released ‘I Just Want You’. Working again in partnership with Crazy Lixx’s Danny Rexon, this one sounds like prime time 80s Heart, right down to the mid-song guitar solo. Yes it has all been done before but Chez Kane has a powerful voice and her second album should be one of the autumn’s melodic rock treats.