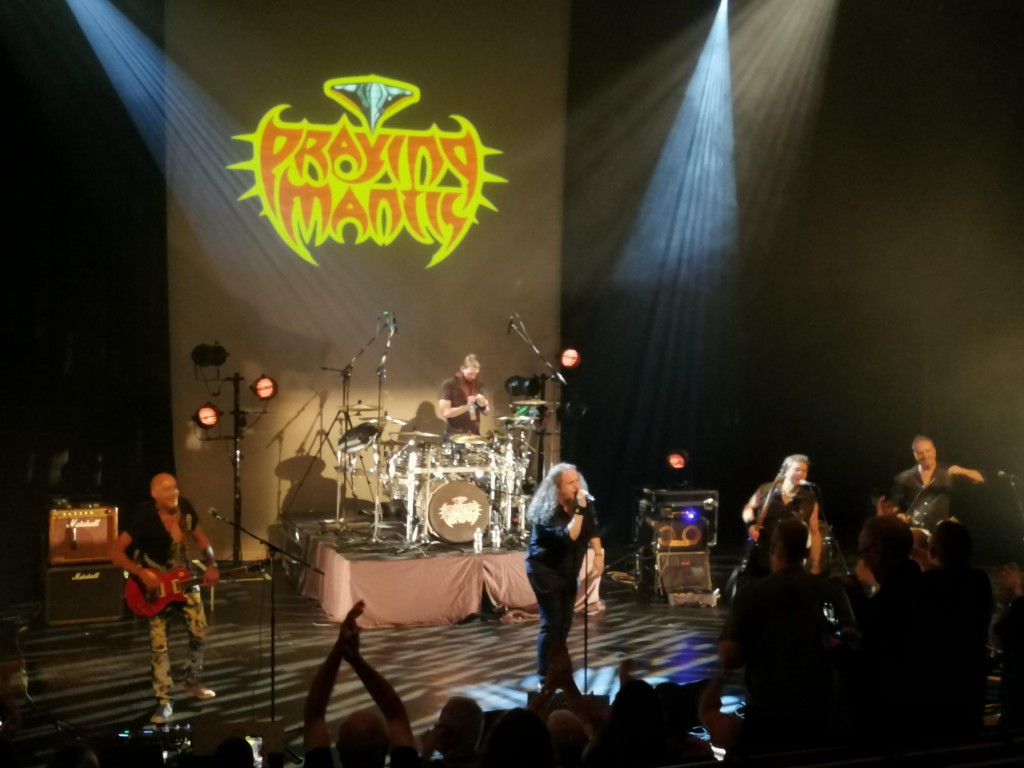 A mere 581 days since I last attended an indoor concert – Jon Boden in Didcot back in March 2020. Since then live music as we know has been decimated with the fall out from the pandemic, however, you can’t keep rock ‘n’ roll down and bands/artists, promoters, venues and the support staff are all starting to get back to some sort of normal. They need our support more than ever, especially as they currently have no tour insurance for covid related cancellations.

Stay local, go where you feel comfortable, just please get along to a gig where you can and take a chance on bands you may not be overly familiar with as was the case for me tonight.

Having driven through the wilds of the Oxfordshire countryside, passing through Donnington (no, not that one!), I eventually found the Arlington Arts Centre at the end of the site of the Mary Hare school for deaf children. The arts centre ploughs any profits it makes back into the centre, which I was also pleased to see did work in music therapy with Nordoff Robbins, a cause close to my musical heart.

What a lovely venue with welcoming and friendly staff. I will certainly be back as the likes of Skerryvore, Nine Below Zero, Elles Bailey, Magenta, Spike and When Rivers Meet all lined up in the coming months. Stage wise though it was a surprise for both punters and bands as there isn’t one! They have a flat floor at the front of the seated area as they also put on a lot of dance shows. Rock bands are nothing if adaptable and both bands found the stage ‘floor’ a novelty.

Vambo kicked off the evening, one of the many bands corralled under the New Wave of Classic Rock banner. Featuring vocalist Jack Stiles (son of former Mud and current Hollies bassist Ray), guitarist Pete Lance, bassist James Scott and drummer Steve Price (who is playing two sets on this tour as Praying Mantis’s drummer Hans in ‘t Zand was unavailable for this tour). 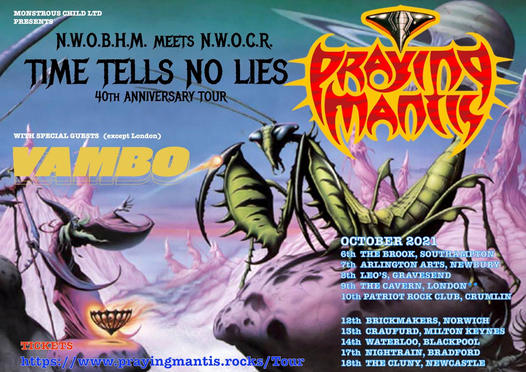 Despite the low turn out – not helped by a combination of pandemic anxiety and the current fuel issues – Vambo played a blinder of a set. Jack Stiles has one heck of a voice on him, with some stage moves and expressions seeing him channelling his inner Jim Morrison via Bob Catley! Guitarist Pete Lance is one of those understated guitarists, playing the solos with precision yet never flashy or taking over the songs.

Their own songs, including current single ‘This Is Your Life’, ‘Fast Car’ and the simply awesome ‘World Of Misery’, more than held their own against their version of Led Zeppelin’s ‘Good Times, Bad Times’ and set closer Deep Purple’s ‘Burn’. Stiles again hit those high notes with ease and the rhythm section of James Scott and Steve Price powered the song along nicely.

Vambo have the talent in spades and more live shows can only further their cause and get them more known. Go check ‘em out. 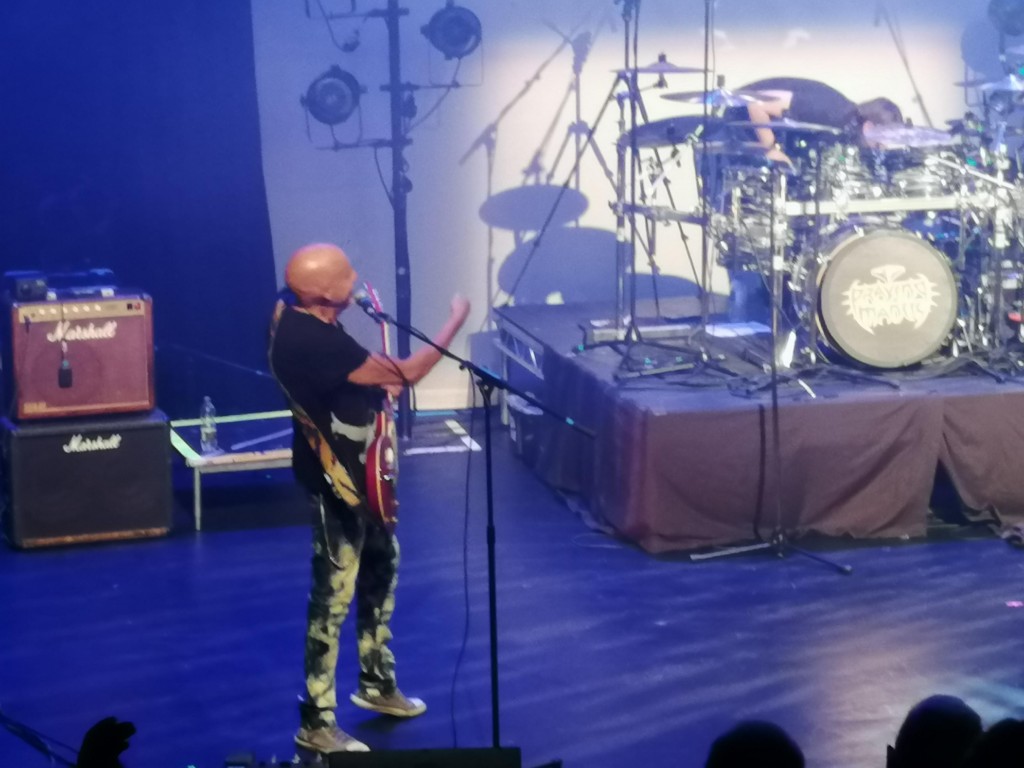 Praying Mantis, still featuring the Troy brothers Chris and Tino at their core, are lumped in with the NWoHM, however, like Def Leppard and Demon, they are more at the hard rock end of the musical scale rather than out and out metal.

Praying Mantis have been there, done that, although not sure they have played in a no stage venue before! They worked it well though as Tino Troy could walk into the front row of the audience and vocalist John ‘Jaycee’ Cuijpers started one song midway up the auditorium.

It took a couple of songs to hit their stride with ‘Praying Mantis’ a real treat. From then on the band were on a roll, making full use of their four part vocal harmonies as heard on ‘Highway’, penned by Andy Burgess, the band’s other lead guitarist.

Praying Mantis have so many strong songs in their armoury, from ‘Captured City’ through to ‘Panic In The Streets’. The crowd joined in on ‘Children Of The Earth’, one off their debut album. For a bit of classy melodic hard rock ‘Keep It Alive’ fitted the bill nicely.

They played a set covering all their era, right back to their 1981 debut ‘Time Tells No Tales’. Bringing it bang up to date two new songs were aired tonight, with ‘Closer To Heaven’ sounding particularly impressive. The good news is that the album is recorded and due out in the middle of January.

The band’s version of Lynyrd Skynyrd’s ‘Simple Man’ was a choice cover, with John ‘Jaycee’ Cuijpers certainly looking the part of a southern rocker.

Encore was another chance to hear ‘Praying Mantis’ as the band hadn’t had chance to rehearse any more songs with their stand-in drummer. Sounded just as good second time around!

Praying Mantis are a band I am sure have flown under many music fans radar, mine included, but they put on a great live show and kudos for them for doing a UK tour in such trying and challenging times.

It felt so good to be back seeing live music – the best natural high around.