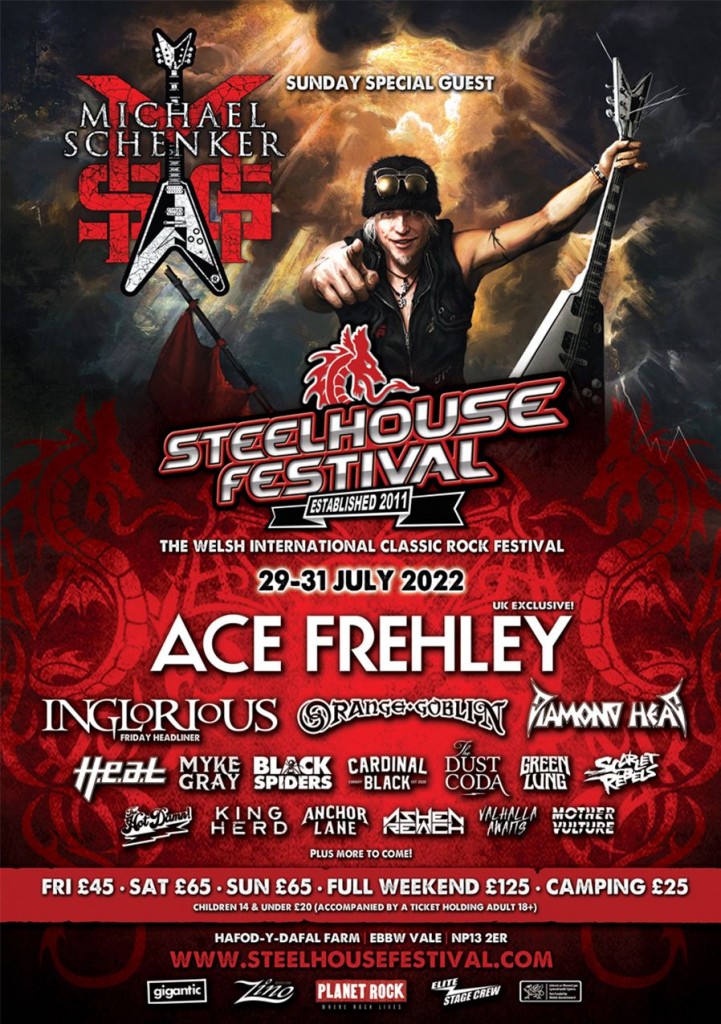 Belle and Sebastian’s new album ‘A Bit Of Previous’ will arrive on May 6 via Matador.

Graham Bonnet Band will release a new album, ‘Day Out In Nowhere’, on May 13 via Frontiers. Don Airey guests on one song.

Paul Brady releases his new album ‘Maybe So’ on April 22 through Proper Records.

Bill Bruford has a 6CD boxset ‘Making A Song and Dance: A Complete Career Collection’ released on 29 April through BMG.

Ian Danter releases his third album ‘Rule Of Three’ on May 20.

The Dead Daisies have started recording their next album – the second with Glenn Hughes.

Def Leppard plan to release a new single on March 17 with an album, ‘Diamond Star Halos’, due out on May 27.

Edenbridge have signed with AFM Records who will release the band’s eleventh studio album ‘Shangri-La’ on August 26.

Fearless Vampire Killers will release ‘Something Terminal’ on April 1 via Cult Records, their first new music in five years. The band recently played a reunion gig in London.

The Hold Steady’s frontman Craig Finn releases his latest solo album, ‘A Legacy Of Rentals’, via Positive Jams/Thirty Tigers on May 20.

The Gaslight Anthem have reformed after a seven year gap and are working on a new album.

Fleetwood Mac’s Christine McVie releases an album of her songs reimagined in June.

Muse release their new album ‘Will Of The People’ on August 12.

Nightwish have started working on their next album.

OMD will release a live album based on their two shows this month at the Royal Albert Hall.

Chinese prog rock band OU have signed with Inside Out.

Kate Rusby releases ’30: Many Happy Returns’ on May 6 via Pure Records. Guests include KT Tunstall, Richard Hawley and Sam Kelly.

Michael Schenker Group will release their new album ‘Universal’ on 27 May through Atomic Fire Records.

Shiraz Lane will release their new, as yet untitled album, on August 12.

Simple Plan release their latest album ‘Harder Than It Looks’ on May 6.

Skid Row have announced vocalist ZP Theart has left the band and been replaced by former H.E.A.T. singer Erik Grönwall. He will make his debut on band’s new studio album ‘The Gang’s All Here’, due on 14 October via earMUSIC. The album’s title track is released on March 25.

Jeff Scott Soto releases his latest album ‘Complicated’ on May 6 through Frontiers.

Tangerine Dream release a deluxe 6CD box set of ‘La Divina Commedia’ on May 27 through KScope.

Terror will release their eighth album, ‘Pain Into Power’, on May 6 via Pure Noise Records.

Steelhouse festival have announced the Michael Schenker Group as the Sunday night headliners.

Paul McCartney has been announced as one of this year’s Glastonbury headliners.

Foo Fighters have cancelled all their 2022 tour dates following the death of their drummer Taylor Hawkins.

Rick Wakeman has announced that long-standing English Rock Ensemble drummer Tony Fernandez will no longer be taking part in the upcoming UK tour dates. He will be replaced by Adam Falkner (Headspace).

The Rasmus will represent Finland in this year’s Eurovision.

Will Butler has left Arcade Fire.

Narada Michael Walden. is no longer in the Journey line-up, leaving Deen Castronova as the sole drummer in the band.

The Wildhearts are going on immediate hiatus and have cancelled all their upcoming shows.

Deftones have parted ways with their longtime bassist Sergio Vega.

Aerosmith have announced drummer Joey Kramer is taking a “temporary leave of absence” from band for their 2022 shows. Drum techincian Jack Douglas will once again stand in for him.

The recent Concert For Ukraine in the UK raised over £11m.

The Quireboys have announced they have parted ways with vocalist Spike and the band will continue as a five piece. Three of the band members sent a letter to Spike stating he was no longer in the band.

‘Keith Emerson: The Official Illustrated Story’ by Chris Welch will be published in the autumn.

Nicky Tesco of the Members

Foo Fighters drummer Taylor Hawkins who had been in the band since 1997. Prior to that he drummed with Alannis Morrisette on her ‘Jagged Little Pill’ album and tour.