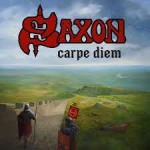 Saxon, one of the world’s most consistent and reliable classic metal bands, a name synonymous with the New Wave Of British Heavy (NWoBHM); there were there at the start in the late 70s. Hits such as Wheels Of Steel and Princess Of The Night may have been 40 years ago, but Saxon have continued to produced a long run of strong metal albums, more consistently than any of their contemporaries.

The current line-up is the most stable the band have had, and they’re still rocking hard. Saxon have moved on from their NWoBHM roots and experimented with commercial metal and rock ’n’ roll, before coming full circle to the power metal they helped influence, and in the new millennium occasionally nodded to prog metal and symphonic too.

Covid may have put the spanner in many a works, with cancelled gigs aplenty, and while Saxon have had their own upheaval, they’ve remained busy, and this is their 23rd new studio album (24th if you include last year’s Inspirations covers album). And don’t forget vocalist Biff Byford’s solo album, and the Heavy Water album Biff recorded with his son Seb.

As vocalist Biff tells us: “I had the heart attack back in September 2019, so things went a bit pear-shaped for the band. And then Covid hit two or three months later, but luckily, we started writing and recording this album before Covid.

We did the drums in Germany and we did the guitars in various places. I was doing a lot of writing while I was in the hospital bed, and we spent quite a long time writing and arranging the ideas that we all had. I do think it’s a very intense album, and maybe some of that intensity comes from the frustration of not being able to do anything in the Covid period.”

The new album’s title is Carpe Diem, literally translates as Seize The Day, which could have been the band’s motto since day one. And alongside Biff are guitarists Paul Quinn and Doug Scarratt, bassist Nibs Carter and drummer Nigel Glockler.

Opening with the title track, there’s a building intro before Biff hits you like a sledgehammer and the band rip you apart with riffs.

‘Age Of Steam’ follows and is suitably heavy; some of the guitar work nods back to mid 80s classic rock, there’s a strong power metal overtone, and a tribal feel to the drums. As heavy as the lyrical theme.

Then there’s the stand out 6 minute ‘The Pilgrimage’. It’s a little slower, but solid, and there’s a hint of a progressive Crusader in the guitar feel. Some changes of feel throughout, and the guitar solo soars like an eagle that doesn’t want to land.

The pace is definitely taken up several gears for ‘Dambusters’, and it continues the historical lyrical themes. And some interesting guitar interplay halfway through.

‘Remember The Fallen’ is based around a familiar lyrical theme, another excellent track. There’s a nod to the early 80s in the guitar, but given a serious power metal bolster.

I love the idea behind ‘Super Nova’, a subject very few write about and this could accompany a Brian Cox lecture, it kicks off in power metal mode with a melodic break mid song, some excellent guitar work

The album’s closer is ‘Black Is The Night’, a slight anthemic hint, the rhythms and riffage memorable, and the pace changes keep it enthralling. An addictive chunky feel, this is a song I hope they play live.

The production, courtesy of Andy Sneap (Judas Priest) bolsters the album’s intensity, which was partly shaped by recent world events. Saxon not being able to tour? That’d do it.

Saxon never fail to deliver, and they’ve done it again. Now hopefully Covid will sod off as this is one album I want to see on the road.

The band have already started work on the follow up to the Inspirations set, and who knows when they’ll start work on their next Saxon album proper – Saxon are at the top of their game with a “bollocks to Covid” work ethic to boot. ****1/2 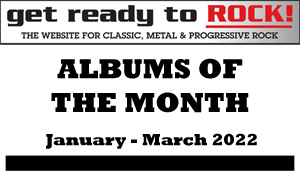